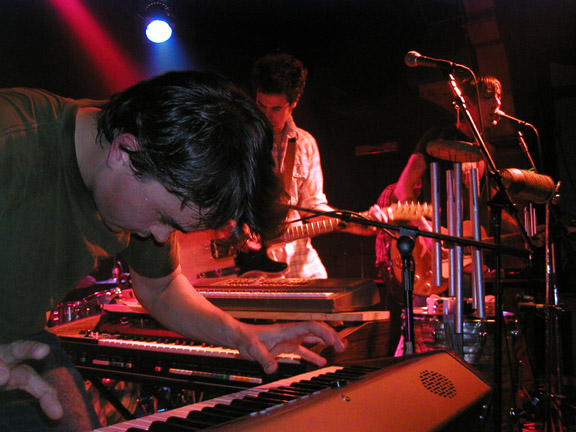 Wolf Parade’s one of the hot new things this year, and it’s not just hype. Comparisons with the Arcade Fire (fellow Montreal rockers) seem inevitable, and there are some similarities. Wolf Parade’s not quite as manic or percussive onstage, but the band has a similar anything-goes and everything-but-the-kitchen-sink vibe.

Seeing Wolf Parade in concert makes it clear how important keyboards and electronics are to the band’s sound, with relatively old-fashioned electronic keyboards as well as theremin and other knob-twiddling noises. But the band’s far away from pure electronica, with plenty of guitar and drums. not to mention wind chimes and tambourines (not a whole lot of bass, though).

The guys in Wolf Parade seemed almost apologetic at times, saying their music is “all smoke and mirrors.” Perhaps there was a bit of sarcasm in their modesty, but there’s certainly some substance in their songs. Their album is almost brand-new, but the gung-ho crowd already knew the tunes well and sang along at key moments.

Now, only if they had more songs… 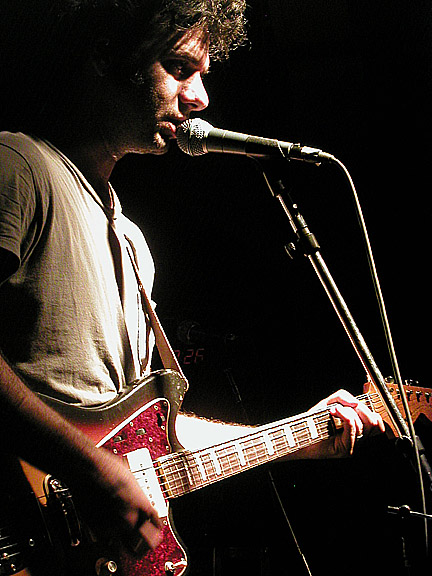 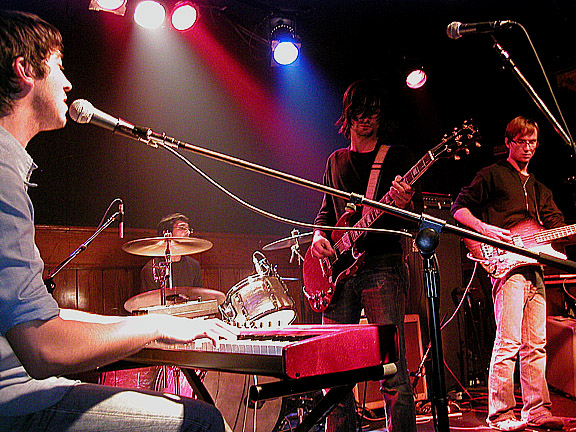 Opening acts the King of France and Robbers on High Street were good as well. I’m not familiar with Robbers’ repertoire, but seeing the band live, I can see why I’ve heard them described as a blatant ripoff of Spoon. That’s not really fair, however. The spare piano chords and tight rhythms that Spoon is known for are in Robbers’ music, too, though I think the band has a personality of its own.