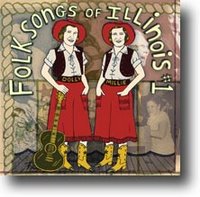 I recently wrote an article for the Chicago Reader about Folksongs of Illinois, a new series of CDs issued by the Illinois Humanities Council, collecting a truly diverse range of folk music recorded or written in Illinois over the past century. The series is particularly nice because it includes music by a wide range of ethnic groups. A few current performers do some songs on the CDs – no surprise, including the ubiquitous Jon Langford – and a few of them played an early free show June 1 at Martyrs’. 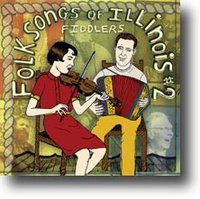 The brains behind the whole project is Bucky Halker, an overlooked singer-songwriter in his own right (not to mention that he’s a published author on the history of labor music). Halker, John Rice, Janet Bean, Jon Langford, Paul Tyler and some of Tyler’s fiddle students at the Old Town School of Folk Music paraded across the stage and played some great old tunes. I especially liked Halker’s version of a song that Woody Guthrie wrote during his years in Illinois, a mining-disaster ballad, “The Dying Miner,” Bean singing the true story of a gangster’s hanging, “The Hanging of Charlie Berger” and Langford singing “Mississippi Flood.” (The studio version of that song features Kelly Hogan as well, but she wasn’t available for the live show.)

Volume 1 and Volume 2 of Folksongs of Illinois are out now, and the third is scheduled to come out this fall.

See my photos from the concert.