Music unites us? So I said yesterday in my post about the Arcade Fire’s Lollapalooza show. But music sometimes has the opposite effect, as the Arcade Fire points out in the lyrics of “Suburban War” — “Now the music divides us into tribes/You choose your side, I’ll choose my side.” 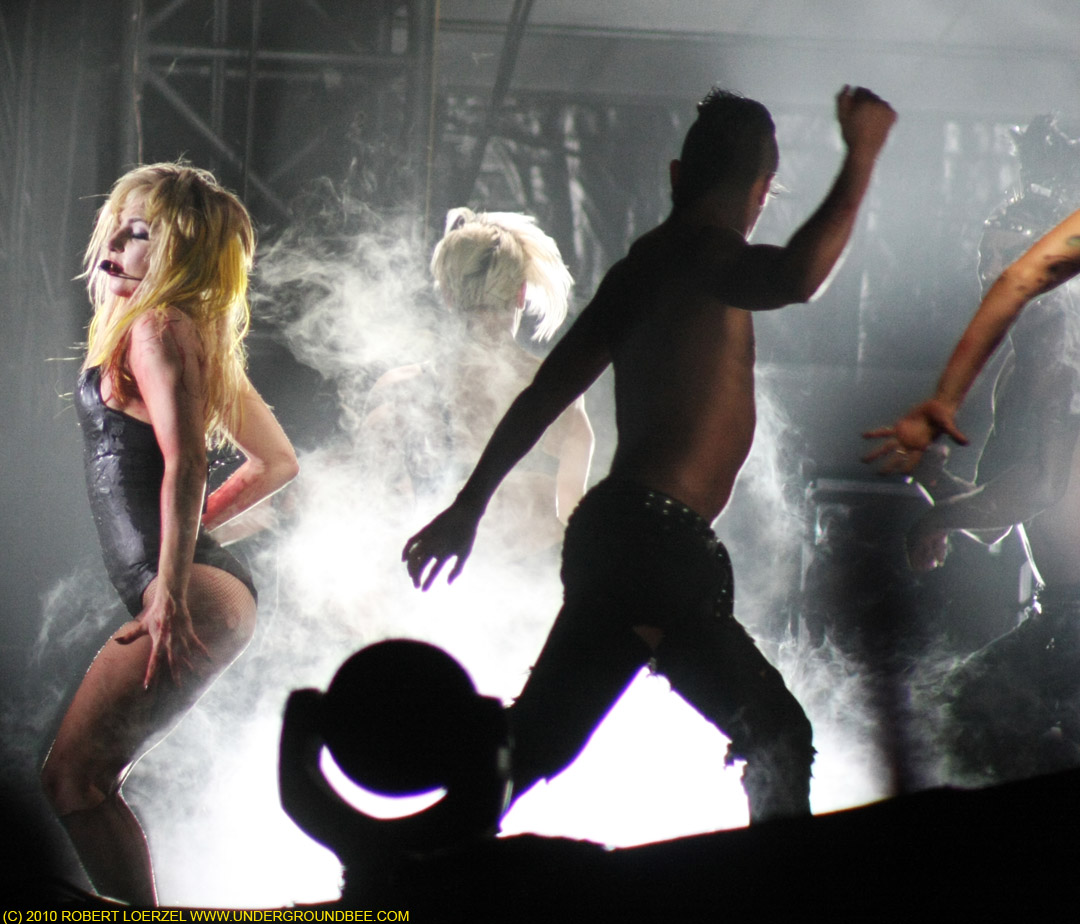 The various musical tribes seemed like they were at war during Lollapalooza. A war of words, anyway. On Friday night, as Lady Gaga played at the south end of the park, I saw a couple of young guys running north into the field where an audience had gathered to hear the Strokes. “Fuck Lady Gaga!” they shouted, emphasizing their proclamation with a gesture of simulated jacking-off. 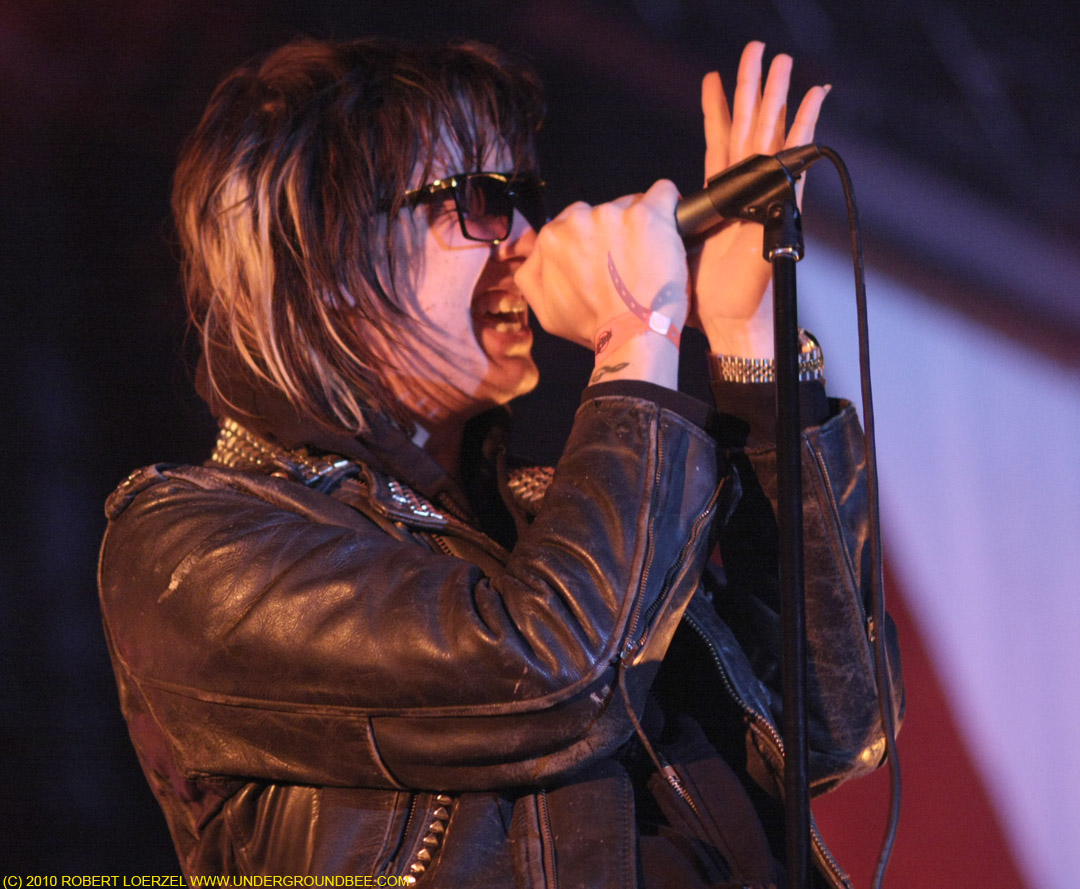 Not long after that, when I was standing in the photo pit in front of the Budweiser stage, waiting for the Strokes to start playing, some of the fans chanted the same phrase for a minute: “Fuck Lady Gaga!” And from what I hear, people also chanted the same thing at a Friday-night set by 2ManyDJs. 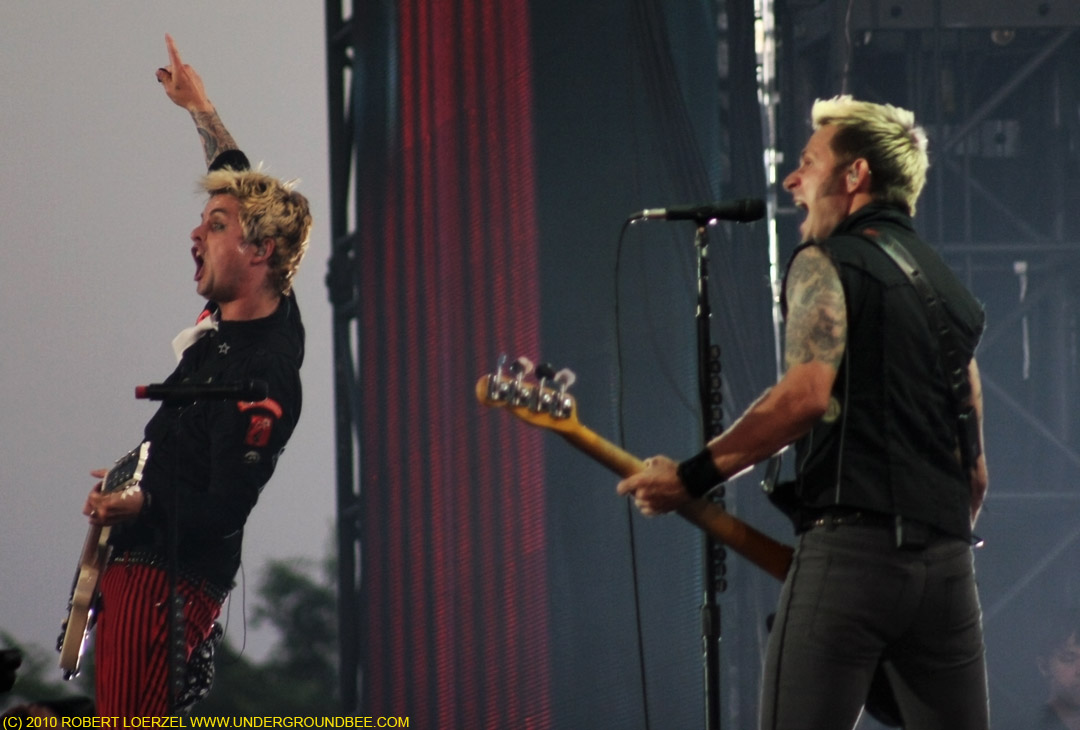 On Saturday, while Green Day and Phoenix played on the two main stages, fans watching the Empire of the Sun on a smaller stage reportedly chanted, “Fuck Green Day!” The hostility carried over onto the Internet, where some Soundgarden fans derided Arcade Fire fans as hipsters who like “crap music.”

Of course, there’s nothing wrong with expressing your opinions about what music you like or don’t like. It’s all part of a great freewheeling debate. But it quickly becomes tiresome when the debate devolves into insults about the fans in rival musical tribes. Those tribes aren’t defined as narrowly as you might think. Believe it or not, there are at least a few people out there who like both Lady Gaga and the Strokes.