The Chicago band Disappears’ new drummer — possibly just a temporary fill-in — is Steve Shelley, more famous for his work with Sonic Youth. Shelley’s been spending a fair amount of time playing gigs in Chicago over the last year or so, and there he was on Tuesday evening (March 22), when the Museum of Contemporary Art Chicago hosted a free show by Disappears. Making the gig extra special was the addition of the two musicians who make up the Chicago band White/Light, Matt Clark and Jeremy Lemos. They’re the curators of this “Face the Strange” series of free concerts at the MCA, and for this show, they sat in with the band, adding a couple of extra layers of humming noise to the proceedings. Disappears easily shifted between those experimental stretches of elongated chords into crunchier rock songs with vocals, and Shelley helped to tie it altogether without ever getting flashy on the drums. Only complaint: The band played too short, clocking in at barely more than half an hour. More music, please!
http://disappearsdisappears.blogspot.com/ 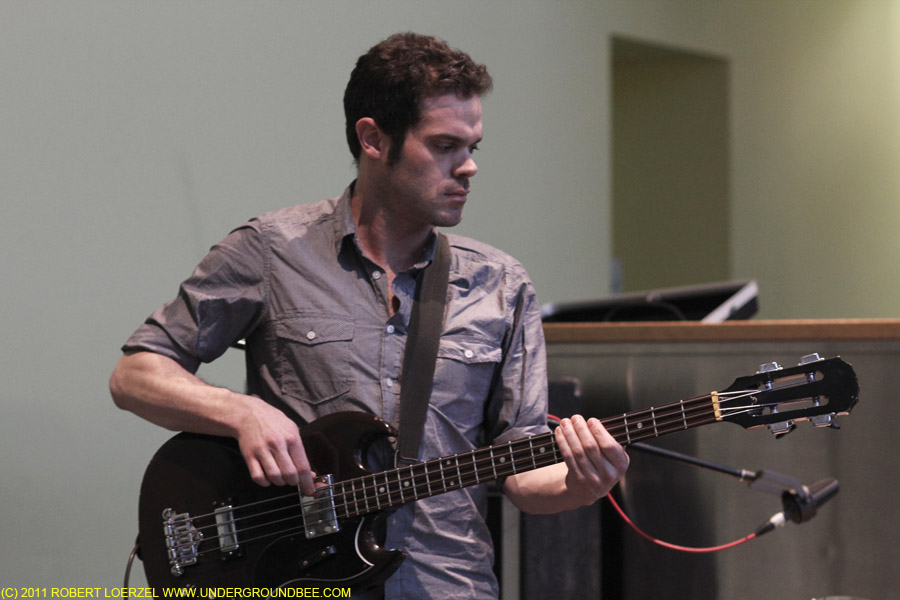 One Reply to “Disappears at the MCA”