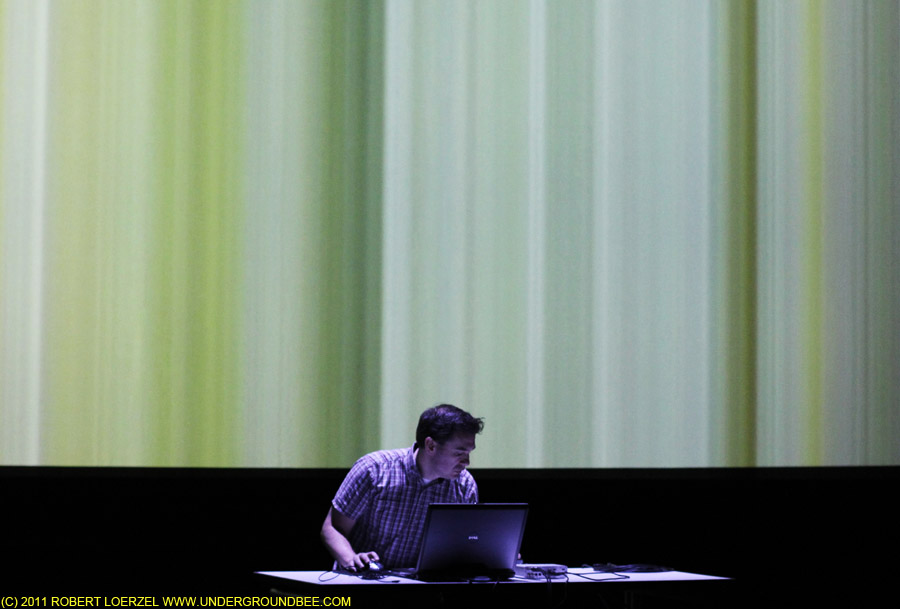 The German electronic music artist Oval (aka Markus Popp) makes intricate, odd little shards of sound. On his 2010 album O the noises he uses in his palette sometimes seem surprisingly similar to the acoustic pluck of real strings, with the breathy whisper of actual, physical objects moving in the air. But nothing is really identifiable. These seem like recordings of some alien instruments never seen. The dense bursts of frantic whirs are fascinating sonic sculptures, but it’s difficult to listen to whole album’s worth in one sitting.

The same goes for Oval’s performance Friday at the MCA Chicago, part of the Empty Bottle and The Wire’s Adventures in Modern Music festival. Impressive in small doses. Tedious at length. Oval seemed to be mixing up the elements of his music, adding a bit more of a beat at times, but never pausing long enough between “songs” for the audience to applaud … or do whatever it might do. As with anyone who performs music on a laptop, it was impossible to know what Oval was doing … checking email while he was letting iTunes play his tracks? No, probably not. But the performance was so minimal, it was hard to say. 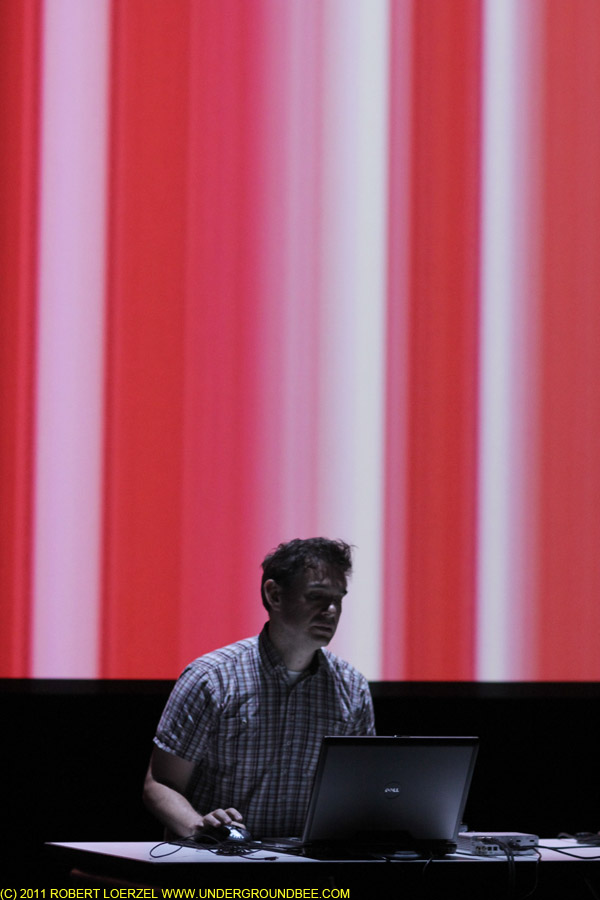