Leave it up to the Mekons to stretch the concept of a concert into strange realms yet again. Touring to promote their excellent new record, Ancient & Modern (or is that Ancient & Modern: 1911-2011 — it’s proving hard to determine exactly what the title is), the seemingly unstoppable old punk-art-country-whatever band played two shows this week in Chicago. Alas, I was unable to attend last night’s electric rock show at Lincoln Hall, but I was at SPACE in Evanston Tuesday night (Oct. 4) for the stranger evening of mostly acoustic music and Pecha Kucha slide-show lectures. Originating in Japan, Pecha Kucha is a program consisting of people speaking about a variety of topics as slides are projected, with presentations (supposedly) limited to 6 minutes and 40 seconds.

So on Tuesday, the Mekons not only performed music — each of them also got up to speak and show some pictures. Sally Timms spoke about a suggested walking tour in Yorkshire, England, while Sarah Corina introduced us to the part of London where she lives, Brixton. Rico Bell gave a hilarious and illuminating talk about paintings of livestock, including some fantastically large pigs — both historic paintings and his own artworks inspired by them. Susie Honeyman proposed a fascinating project to send music across the water at Scotland’s Isle of Jura. Lu Edmonds assumed the role of a pilot with Mekon Air and took us on a ride to Tajikistan, while the band made ridiculous sounds to simulate a dangerous airplane flight.

And then the music began. Part one of the set included “Hole in the Ground,” “Thee Olde Trip to Jerusalem,” “Geeshi,” “Honey Bear” and “Heaven and Back.” Although the Mekons were sitting in a half-circle for most of the evening, Timms and Tom Greenhalgh stood up to sing a few times, and Greenhalgh even kicked up one of his legs a couple of times during “Heaven and Back.” Like other Mekons acoustic shows, it was loose and a little shambling, but whenever all those voices came together, it had the glorious feeling of a rousing English drinking song or a hoedown. “Who doesn’t like to rock when you’re sitting down?” Timms cracked at one point.

Intermission was followed by more slide shows. Filmmaker Joe Angio talked about the “Revenge of the Mekons” documentary he’s making. Tom Greenhalgh spoke about … well, what did he speak about? It was the most peculiar and difficult to summarize talk of the evening, but the most poetic. Steve Goulding discussed his recent experiences playing with the reunited Graham Parker and the Rumour in a new film by Judd Apatow. And Jon Langford told us about Welsh author Arthur Machen. Then came more music. A few people in attendance seemed to be impatient with the Pecha Kucha stuff, but most of it was pretty fascinating, presenting the personalities and interests of these musicians in a rare way. “I don’t care if you don’t like talking,” Langford said. “Talking is communication.” (Once the band started playing again, some cheeky audience member heckled, “More slides!”)

The second “musical interlude,” er, set of the evening included … well, I believe I’m missing one song from the set list, due entirely to my sloppy handwriting. But here’s the rest: “Arthur’s Angel,” “Diamonds,” “Space in Your Face,” “I Fall Asleep,” “Orpheus,” “Waltz,” “Shanty,” “Hard to Be Human.” And then an encore. The band never actually left the stage, but Timms said, “We’ve got two more songs, so pretend that we went off. … We’re back!” The encore was “Wild and Blue” and “Last Dance.” 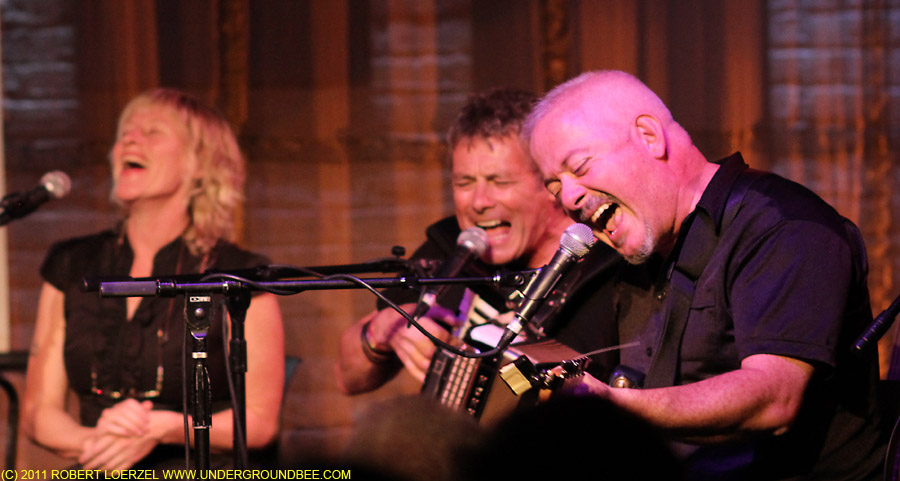 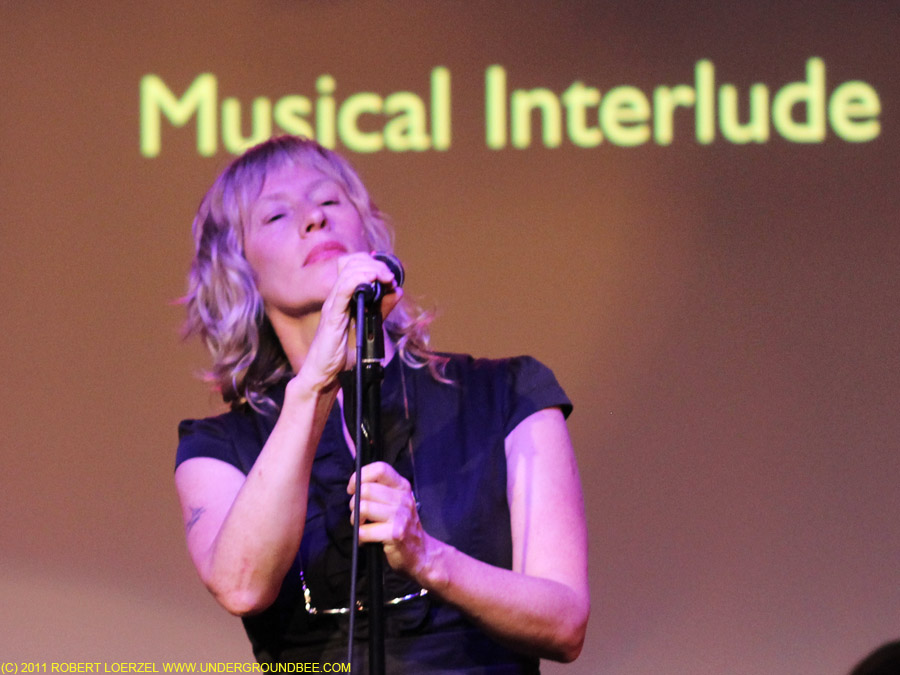 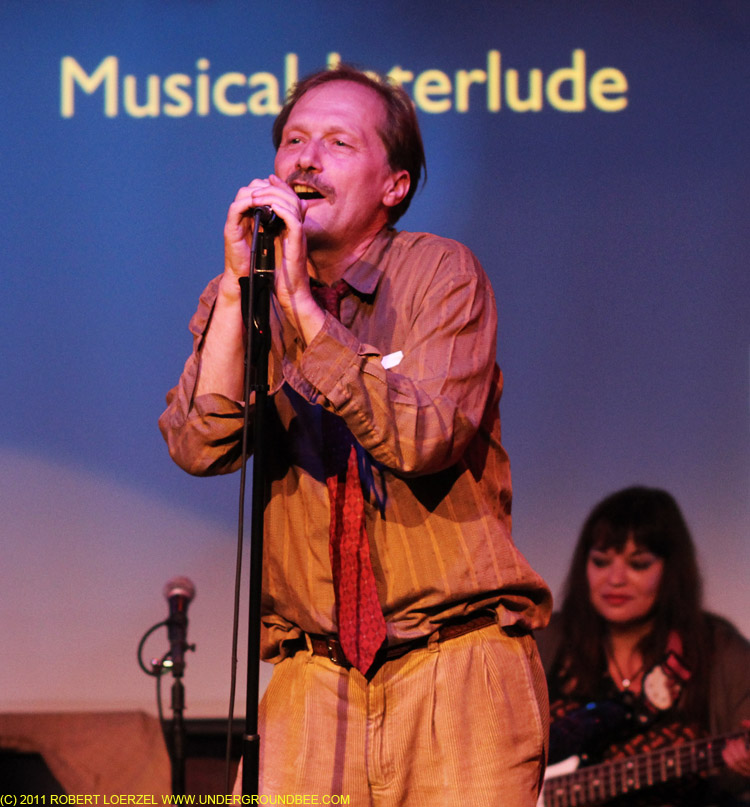 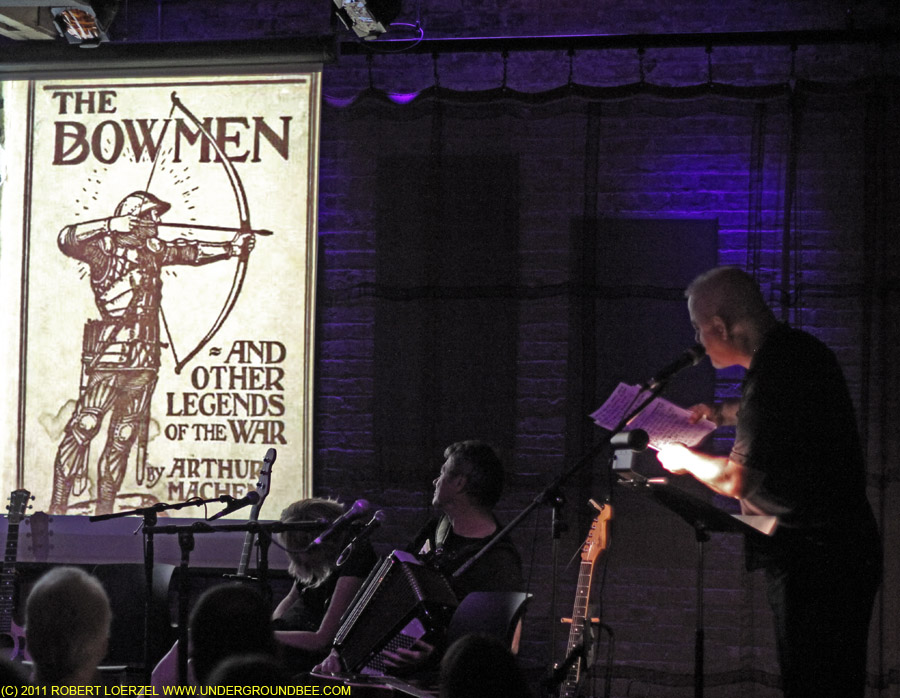 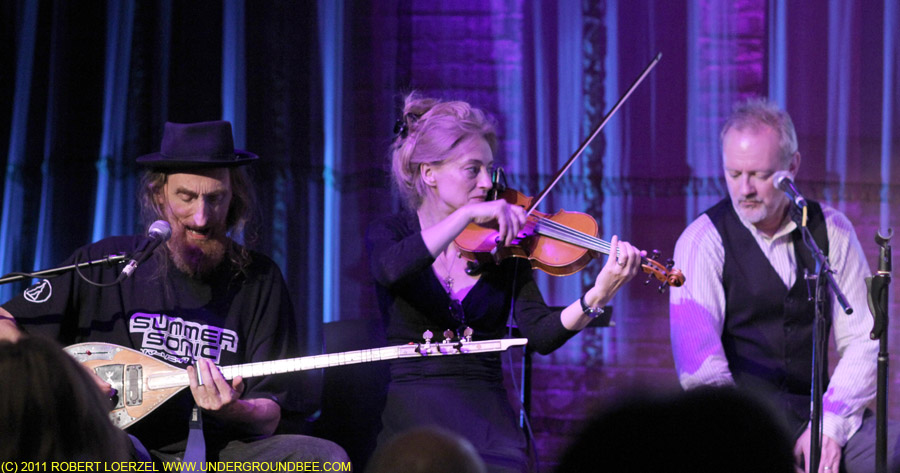 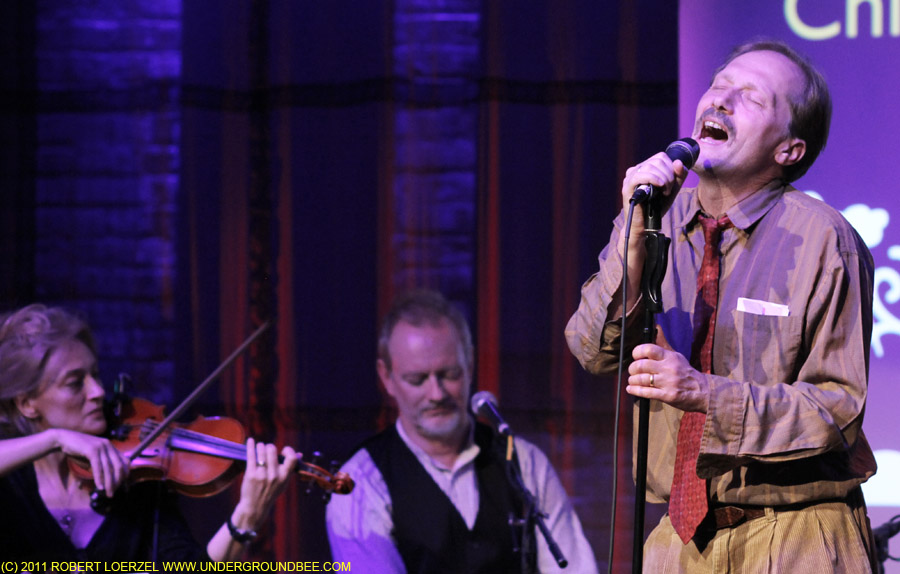 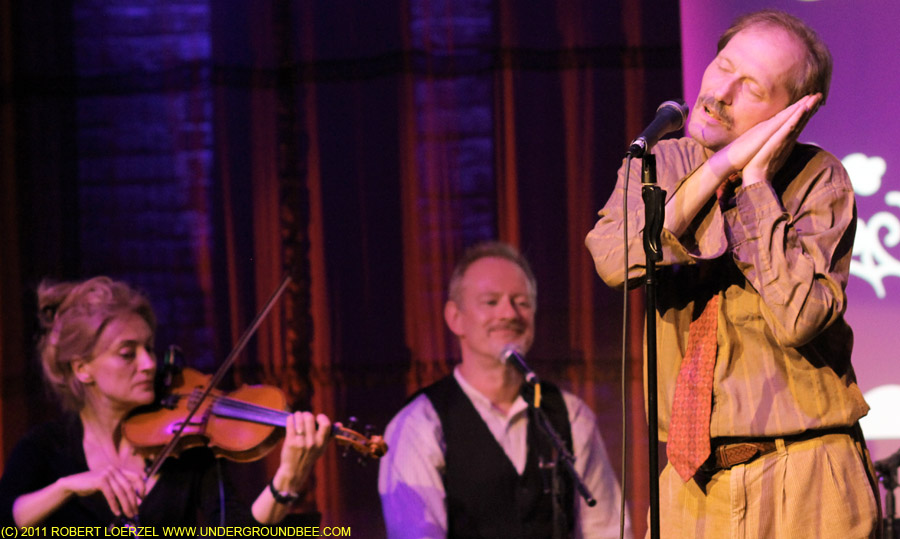 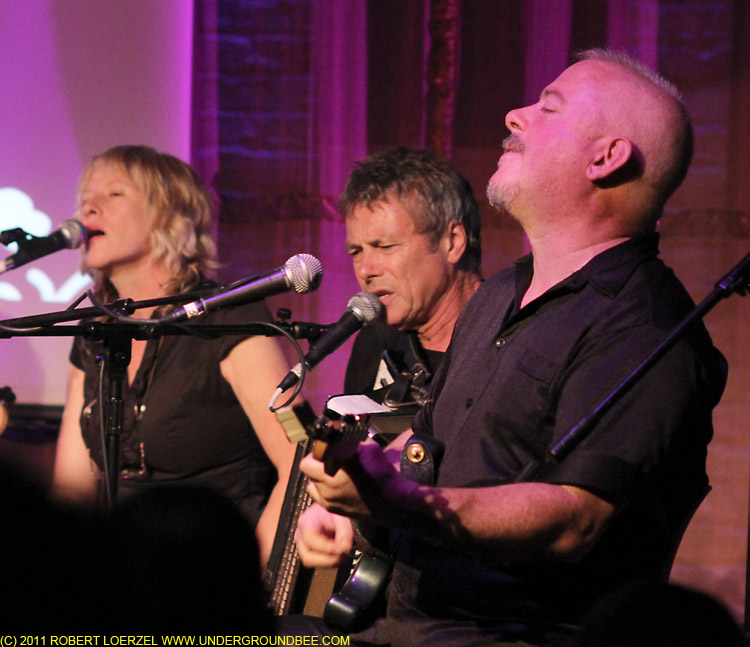 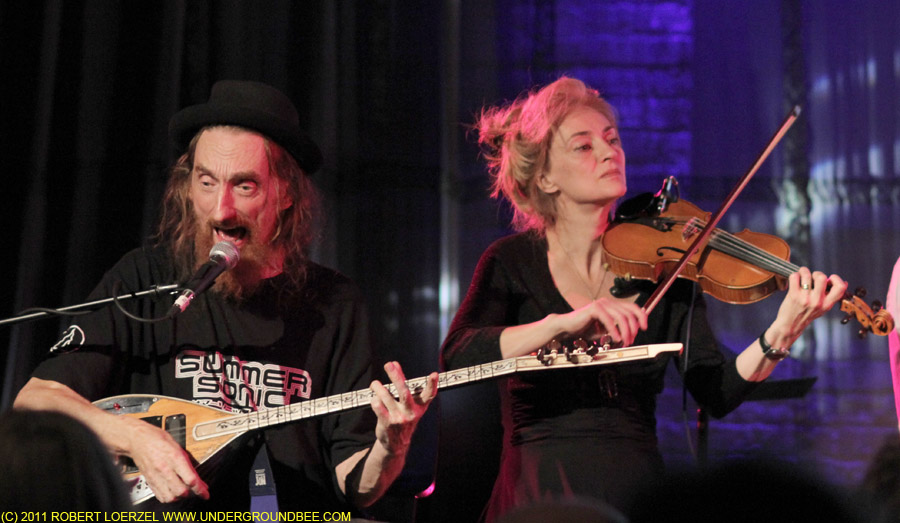