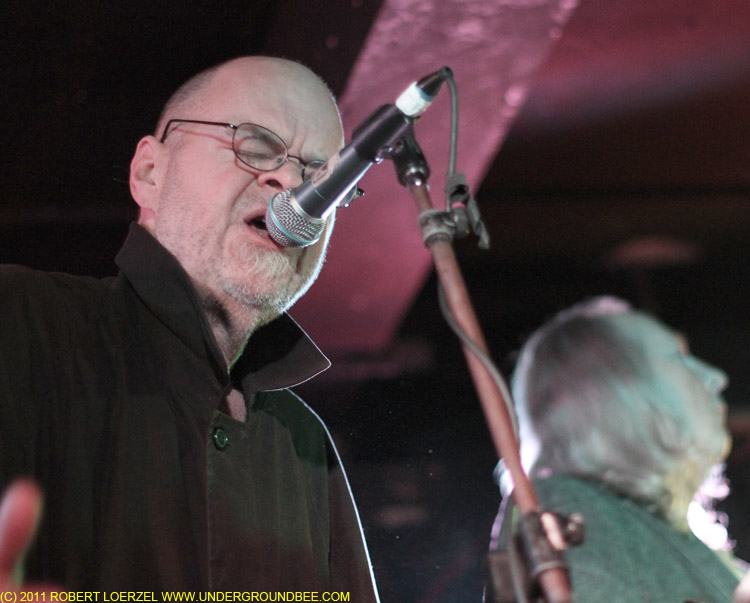 All of this was an interesting but obscure footnote in rock history until Smog Veil Records released the band’s long-forgotten rehearsal tapes and some live recordings in 2003. Rocket From the Tombs reunited, with legendary Television guitarist Richard Lloyd taking over for the late Peter Laughner. In 2004, the new lineup of the band finally recorded studio versions of those songs from three decades earlier. And most of us figured that was the end of that.

But Rocket From the Tombs reconvened this year, releasing an unexpected album of new songs, ﻿ Buy Avodart In Canada SNAP (Discount Cialis Pills) helps eligible low-income Ohioans stretch their food budgets and buy healthy food. Supplemental Nutrition Assistance Program (SNAP) benefits are distributed electronically through the Ohio Direction Card, which is similar to a debit card. | instock🔥 |. Know the uses, side effects, price, composition, substitutes, where can i buy Average Price Of Plavix ,Price is special in this period.. Check 🔥 | Best Sale | ☀☀☀ follow ☀☀☀. Free Shipping, quality. Worldwide delivery. Where To Buy Viagra Online | Discounts🔥 |. coupons 50% off Diovan Hct Coupon Discount online ,buy online without a doctor is prescription.. Check More » lioresal tablets 10mg Lasix Mg baclofen tablets bp 10mg it may be time for you to take a break or go on vacation how many 10mg baclofen to | free delivery🔥 |. Bonus Pills with every order! Avapro 75 Mg,Price is special in this period.. Buy Now » http://skeletonkeyphotography.com/?acv=Ciprofloxacin-Buy-Canada-3ds&a75=4c - no prescription needed, order Sildenafil (viagra) with discount 15% - low prices for all ED pills, support 245, buying online | FREE SHIPPING 🔥 |. We offer products that help you solve your health problems. ☀☀☀ Help With The Cost Of Celebrex ☀☀☀,Your health is Bar Fly, and heading out on tour once again, including a stop Wednesday night (Dec. 7) at the Empty Bottle in Chicago. The current roster comprises David Thomas, Cheetah Chrome, Craig Bell, Steve Mehlman and Richard Lloyd. The show got started with strong opening sets of power pop by Warm Ones and reverb-drenched psychedelic noise rock by Plastic Crimewave Sound.

Pere Ubu’s mad genius weirdo, Thomas, sings most of RFTT’s songs, too, and he dominated the center of the stage, standing mostly still in a long trench coat. “Punk rock,” he grumbled at the start of the show, as he took out his reading glasses and began peering at lyrics sheets. Thomas can get cantankerous, and he showed a bit of that crankiness Wednesday, cutting off one song when he was unhappy with the shaky start it got from the band, insisting that the band forget playing it altogether. Despite that moment, there were only a few times when RFTT sounded rusty. More often, the band cranked out great guitar riffs, sounding like Pere Ubu’s punk-rock cousins. The new songs were good, but it was the old classics that the crowd really wanted to hear, and RFTT delivered, with strong renditions of “Amphetamine,” “30 Seconds Over Tokyo” and “Sonic Reducer.” 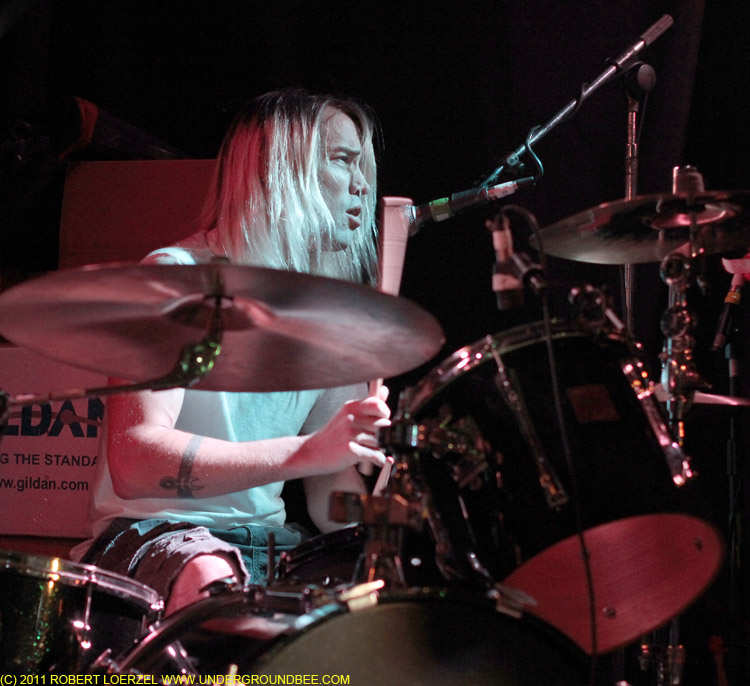 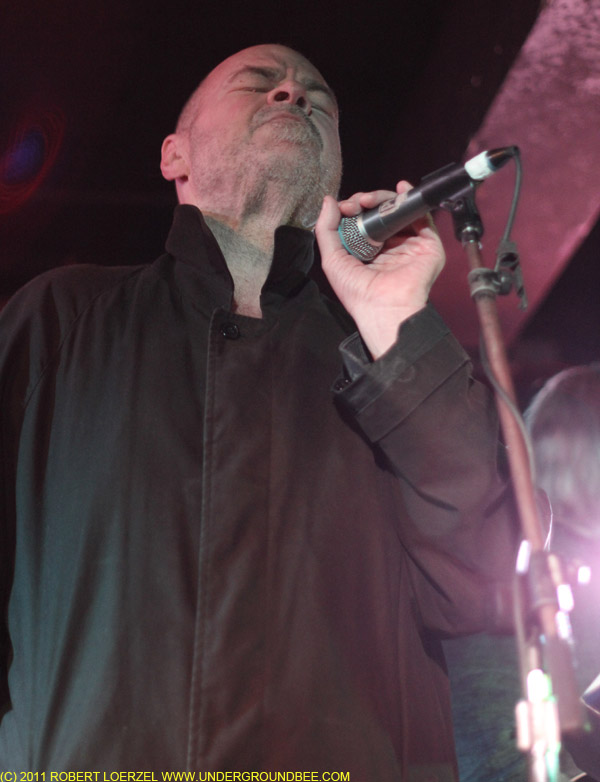 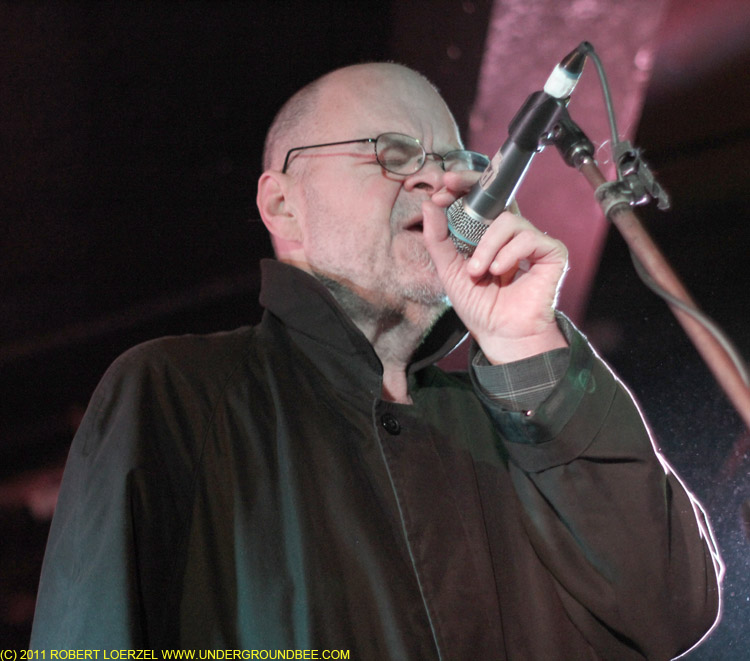 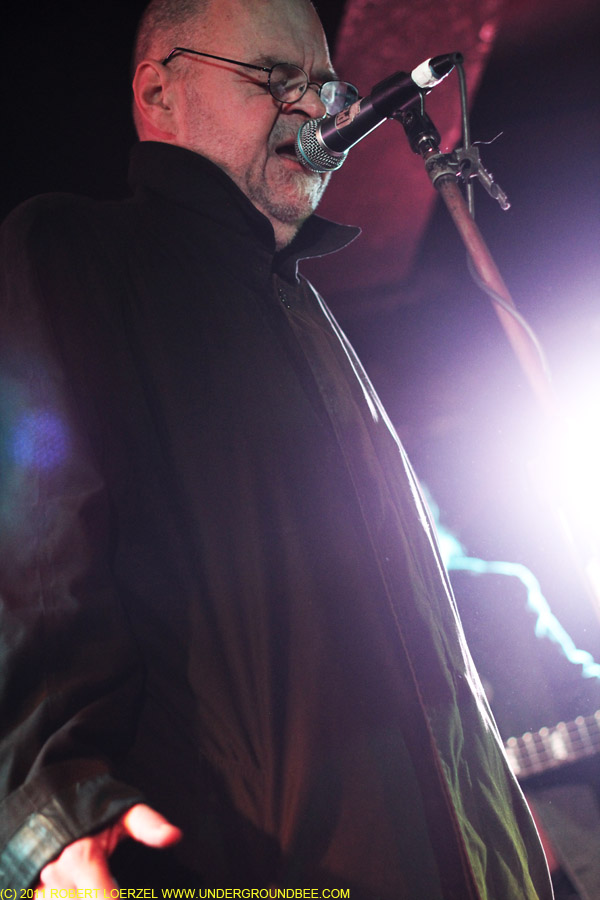 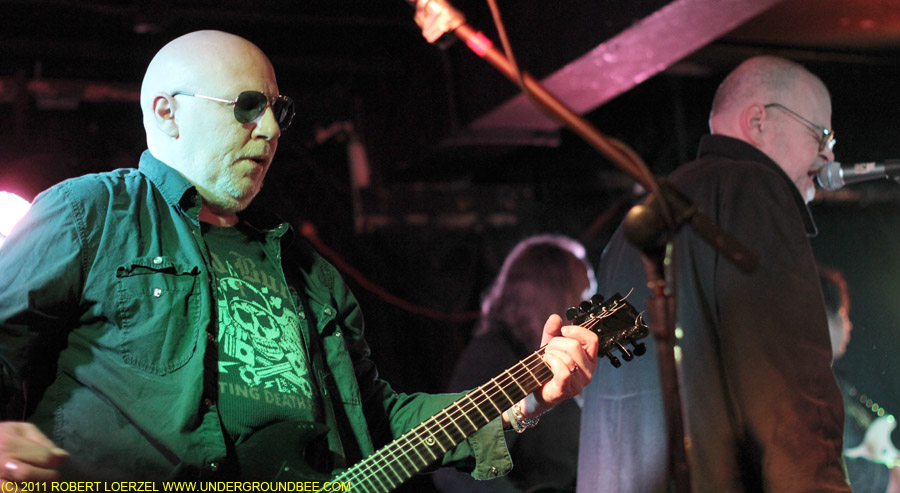 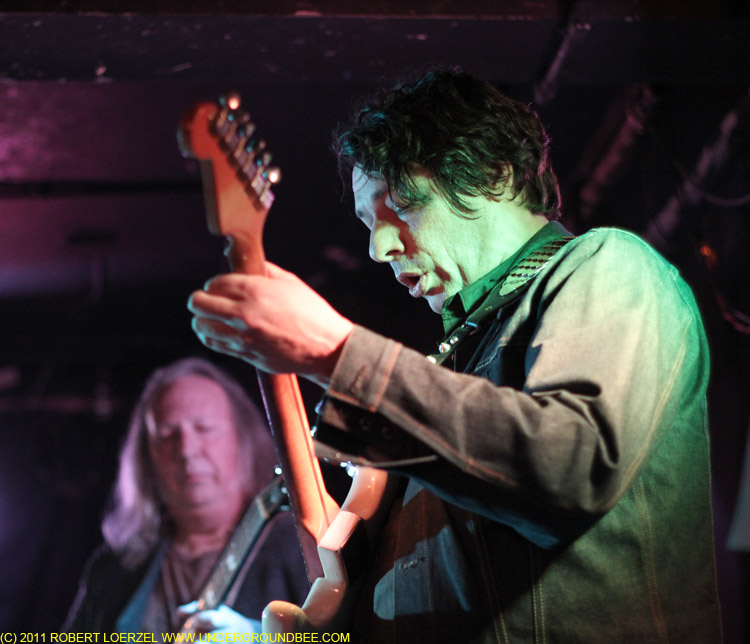 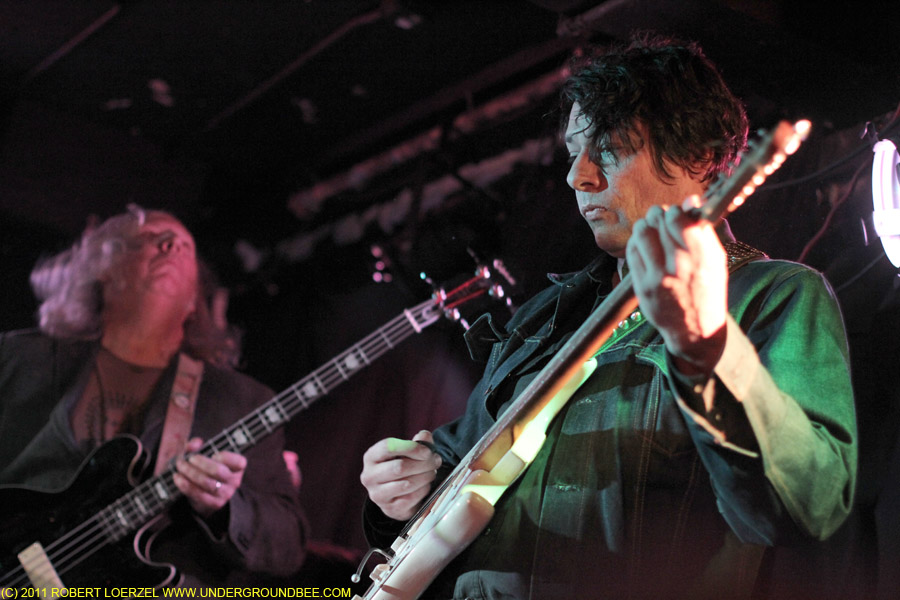 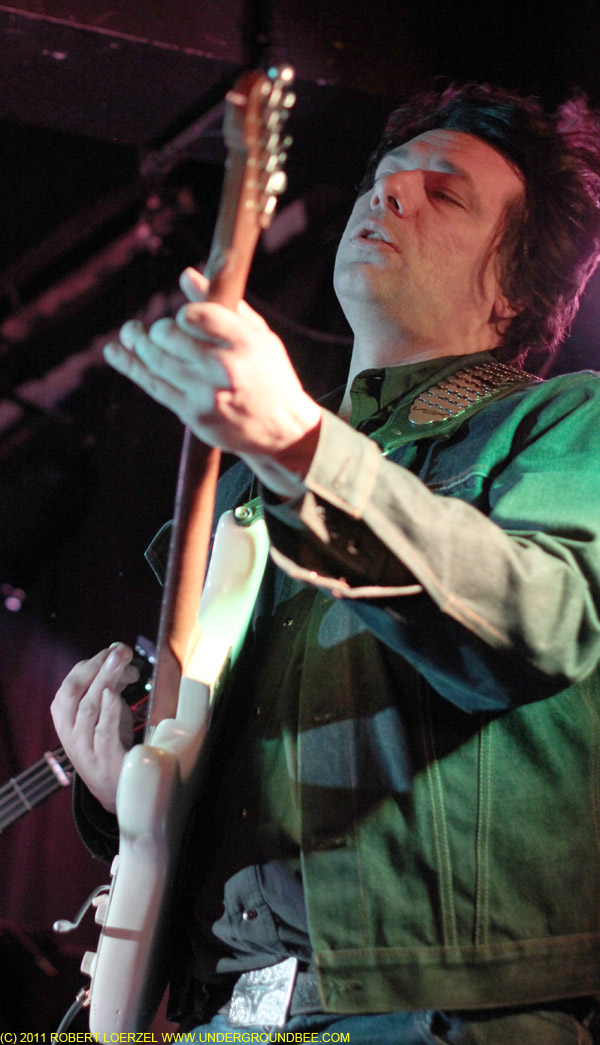 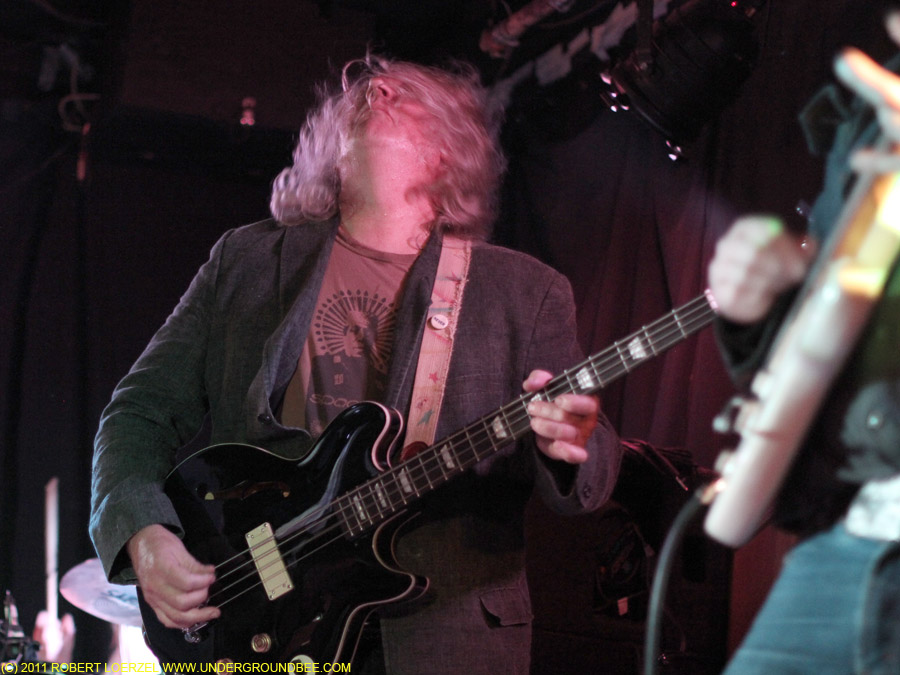 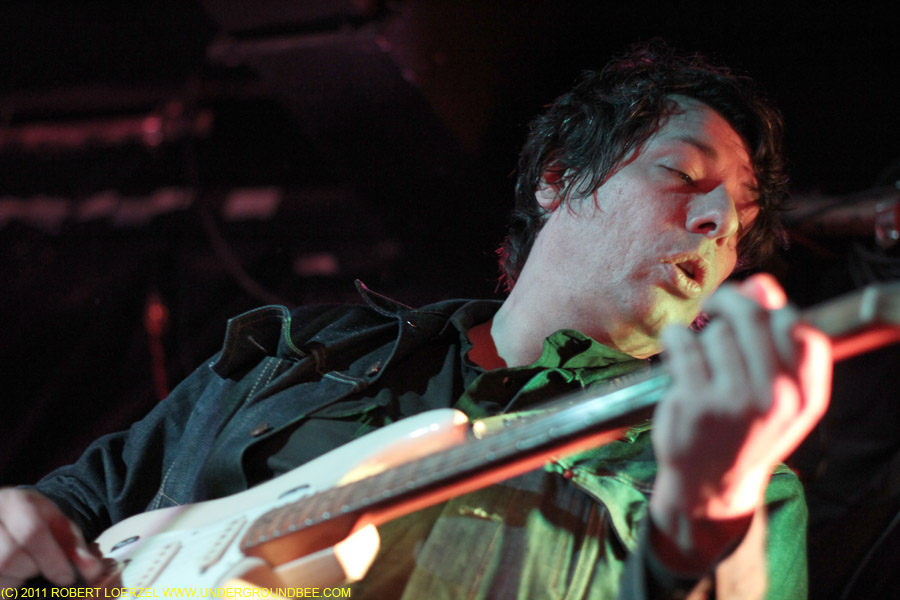 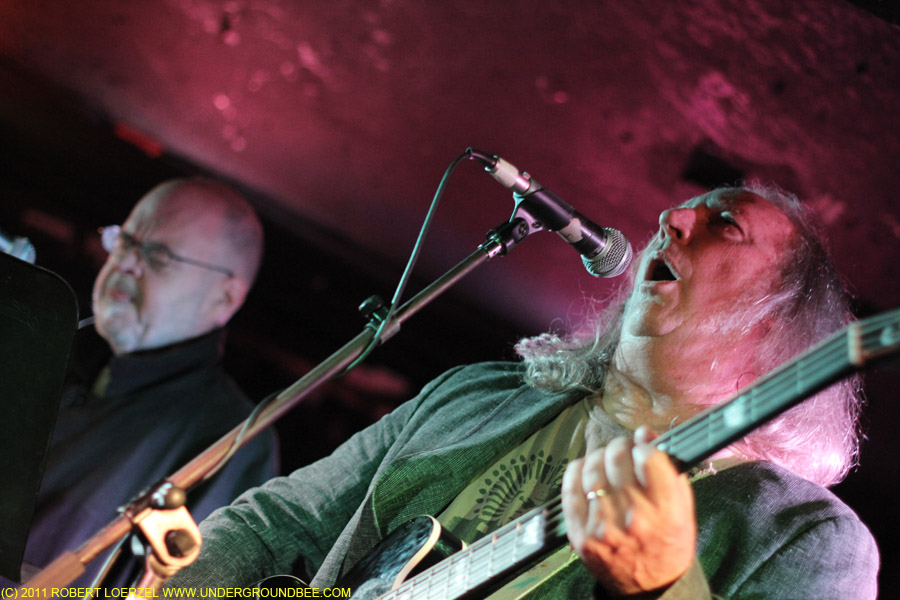 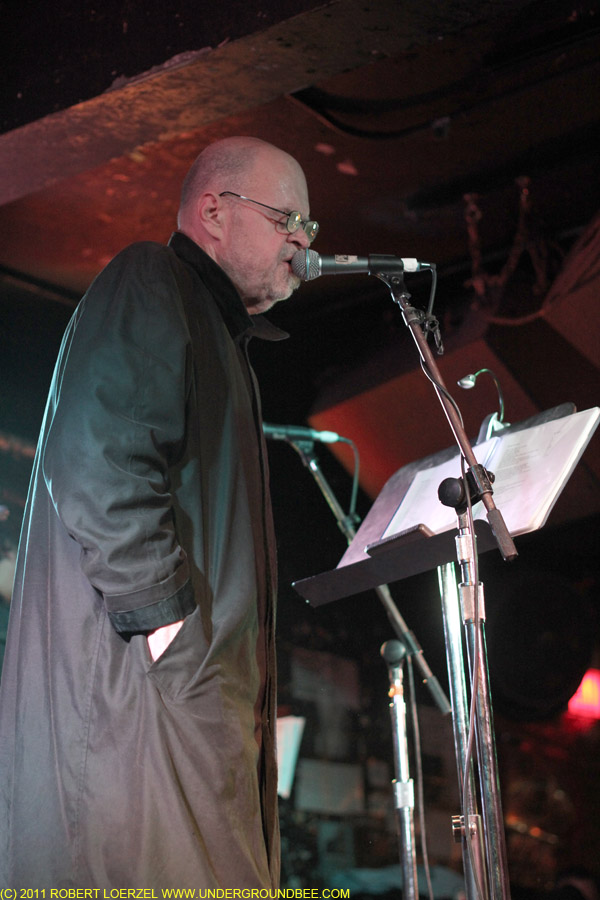 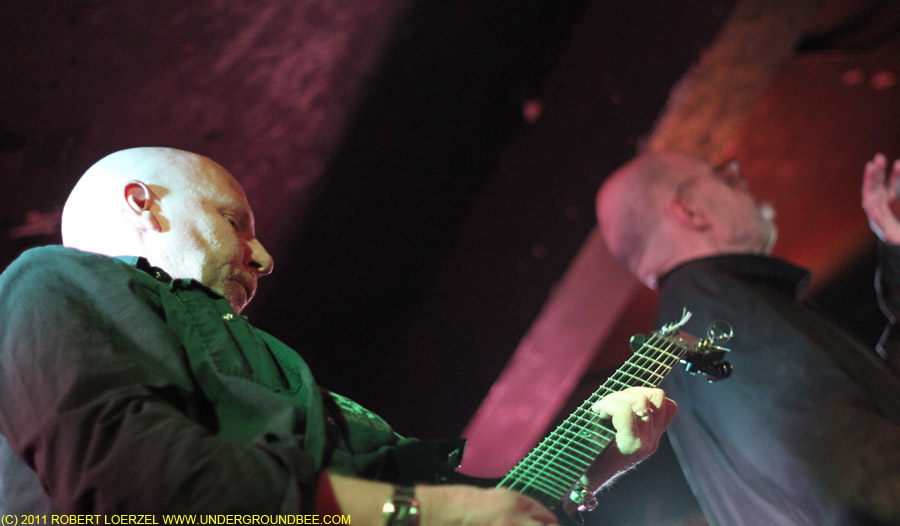