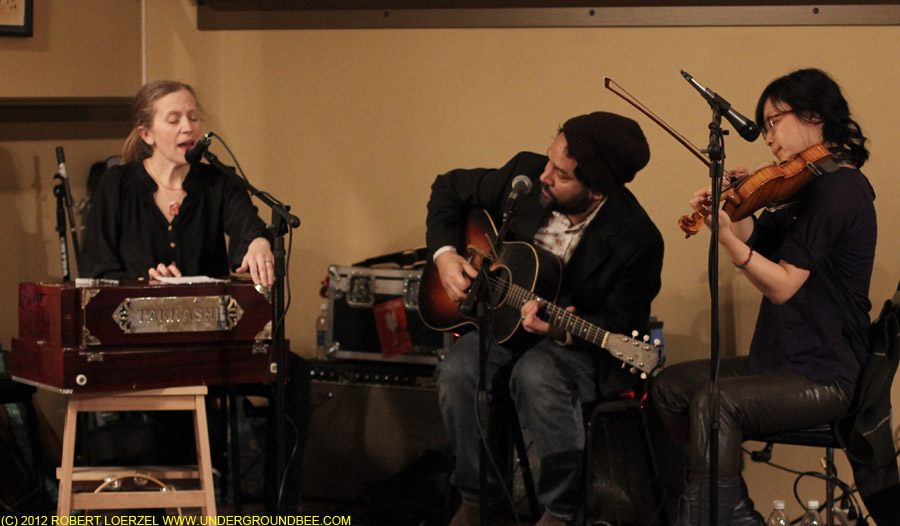 Four and a half years have passed since the last time indie folk-rock band Ida played in Chicago. And the group hasn’t had a new record since Lovers Prayers, one of my favorite albums of 2008. But the trio was finally back in town Sunday (Jan. 29). One member, Elizabeth Mitchell, was playing a concert of children’s music early Sunday at the Old Town School of Folk Music, which led to an opportunity for Ida to play a free show in the evening at the Saki record store.

The members of Ida remarked that they’d barely had any time to prepare for the show, but they certainly didn’t skimp on playing a generous selection of songs for the 40 or so fans at Saki, performing for 90 minutes. It was a delightfully intimate show, showcasing the hushed harmonies of Mitchell, Daniel Littleon and Jean Cook. They played some of Ida’s best songs, along with covers of songs by Richard and Linda Thompson, the Band, Bill Monroe, the Minutemen, Michael Hurley and the Secret Stars. A former member of that last band, Geoff Farina, opened the show and joined Ida for a couple of songs. Jon Langford also sat in with Ida for one song. But the main attraction was seeing Mitchell, Littleon and Cook sitting together and quietly meshing their singing, guitar, harmonium and violin into lovers’ prayers.

This show was the latest in a series of performances at Saki recorded by Epitonic, so look for a recording of it to show up in the Epitonic Saki Sessions. 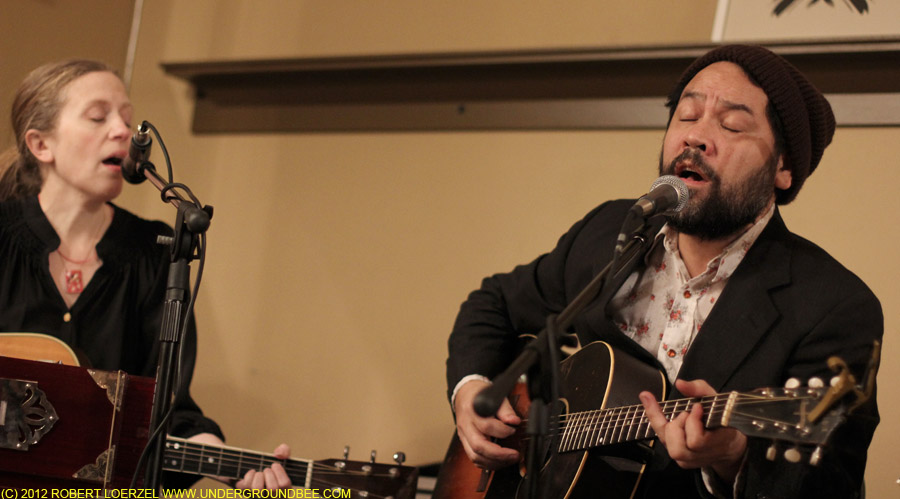 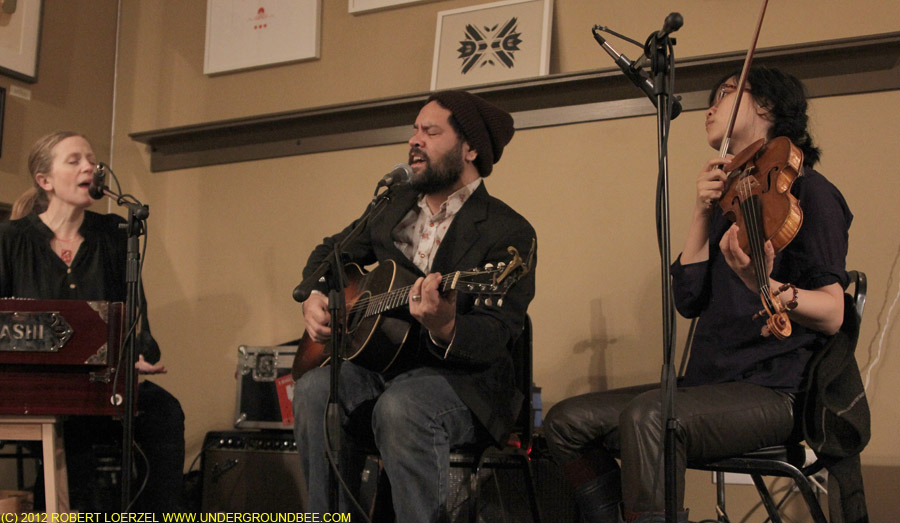 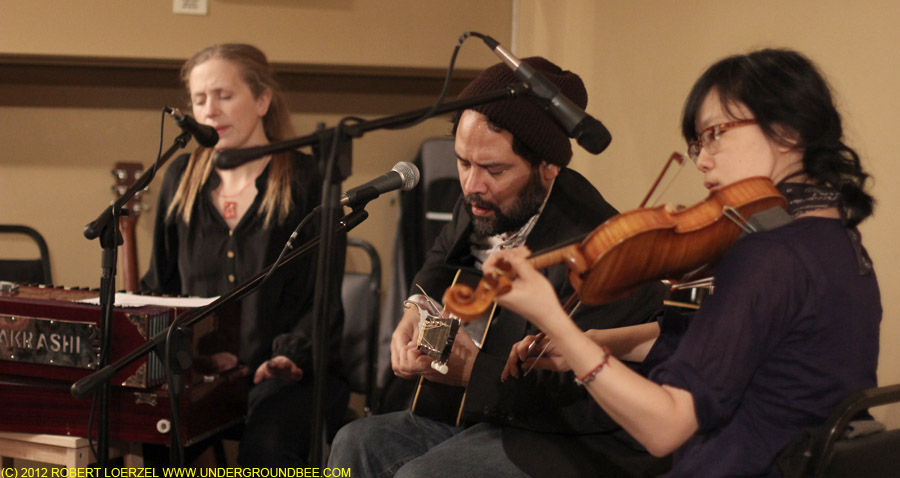 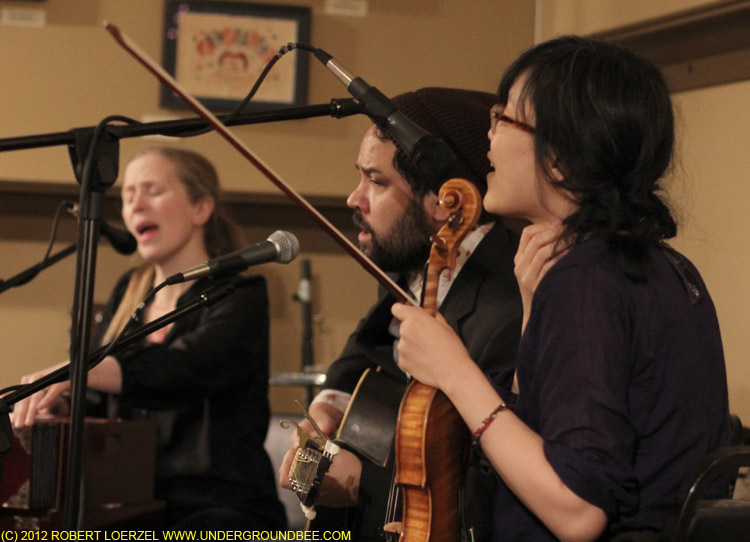 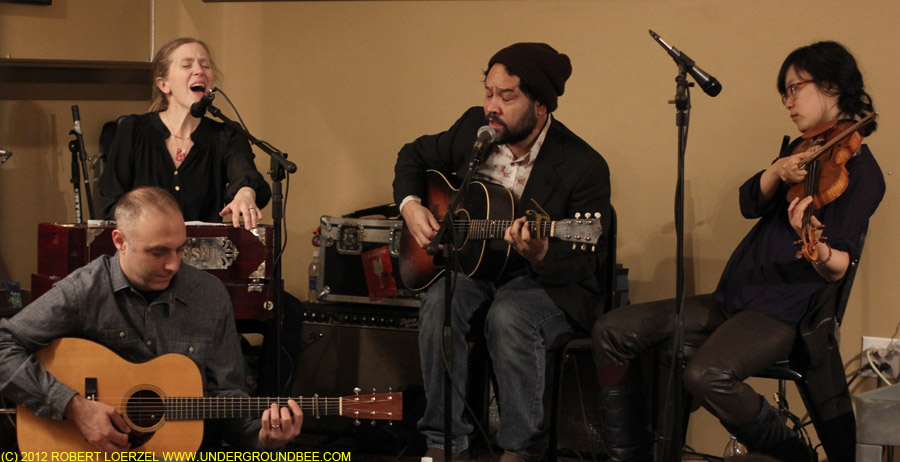