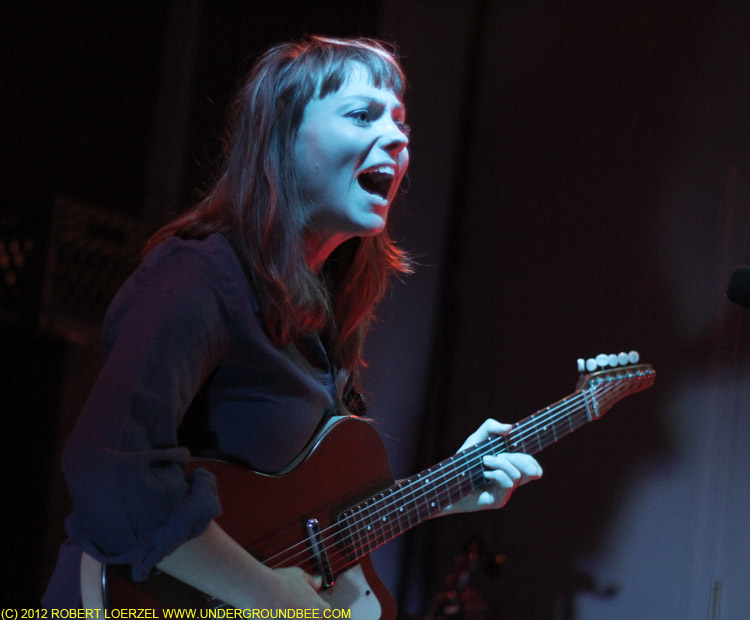 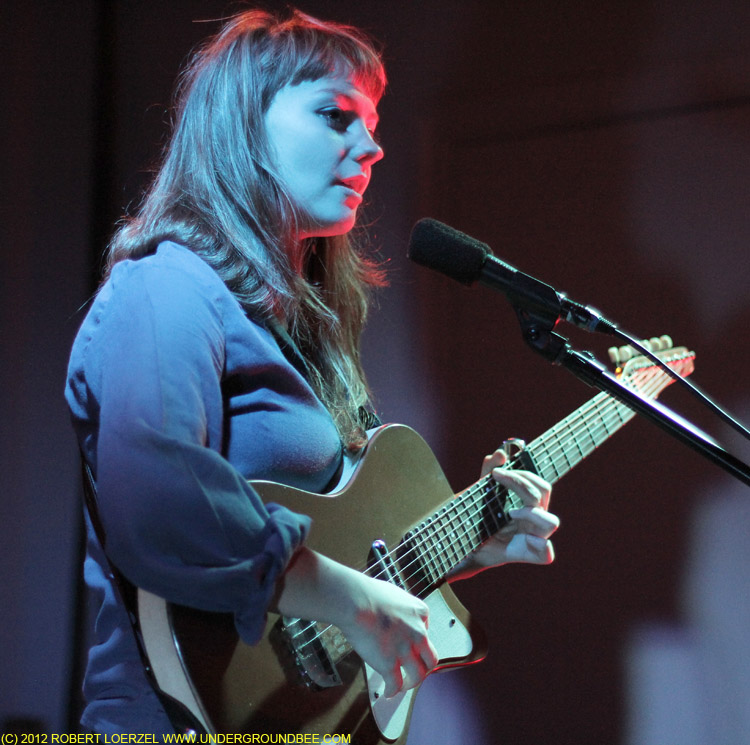 The first time I saw Angel Olsen was back in 2007, when she was an opening act for Marissa Nadler at Ronny’s. “Cool downtrodden strumming, piercing pretty vocals,” I noted at the time. And then a few years passed before I heard anything else from this promising singer. She surfaced again in 2010, showing up as a singer in Bonnie “Prince” Billy’s band.

Earlier this year, Olsen finally put out the sort of record that could attract the sort of attention she deserves: a lovely LP called Half Way Home, on the Bathetic label. On the record, Olsen sings and plays with backup from another talented Chicago musician who’s spent time in Bonnie “Prince” Billy’s band, Emmett Kelly (who’s also the leader of the Cairo Gang). While this isn’t a solo acoustic recording, the production and arrangements are spare, and the feeling is that of an intimate, natural performance captured on tape just as it might sound in a bedroom.

Olsen played an in-store with Kelly on Sept. 4 at Reckless Records in Wicker Park, and the store was filled with listeners. And then, when she performed a Nov. 12 concert in New York, New York Times critic Ben Ratliff wrote a glowing review under the headline “A Singer Finds Her Voice, and It Can Silence All Others.” It seemed that this largely unheralded singer from Chicago might be finally getting more widespread notice. Jessica Hopper interviewed Olsen for a Nov. 16 article in the Chicago Tribune, and then Olsen made her triumphant return to Chicago for a gig Monday (Nov. 19) at The Burlington.

At least, it felt triumphant to me. Olsen’s still a fairly obscure singer in the grand scheme of things, and Monday’s show felt a bit like a private party where she was welcomed home by friends. After nice, folk-rock sets by two openers, Clouds and Mountains and I Ching Quartet, Olsen took the stage. This time, she was playing solo — calmly commanding the stage. She did show jitters at a few moments, forgetting a few of her own lyrics, but then laughed it off with self-deprecating humor. She played an electric guitar, but kept the tone clean and unadorned, sounding practically acoustic as she strummed and plucked spare but inventive chord progressions. She sang softly much of the time, but then she would step aside from the microphone as her voice rose in strength, hitting notes filled with plaintive pleading.

At a few points, in the middle of song, Olsen raised her eyebrows or said something like, “hmm,” as if commenting on her own performance as it was happening — gestures that could be seen as examples of her lacking confidence. To me, they felt — paradoxically, perhaps — more like signs that she is comfortable with her presence on the stage. As she sang, the room felt almost completely silent. I sensed some awe among the people gathered there. 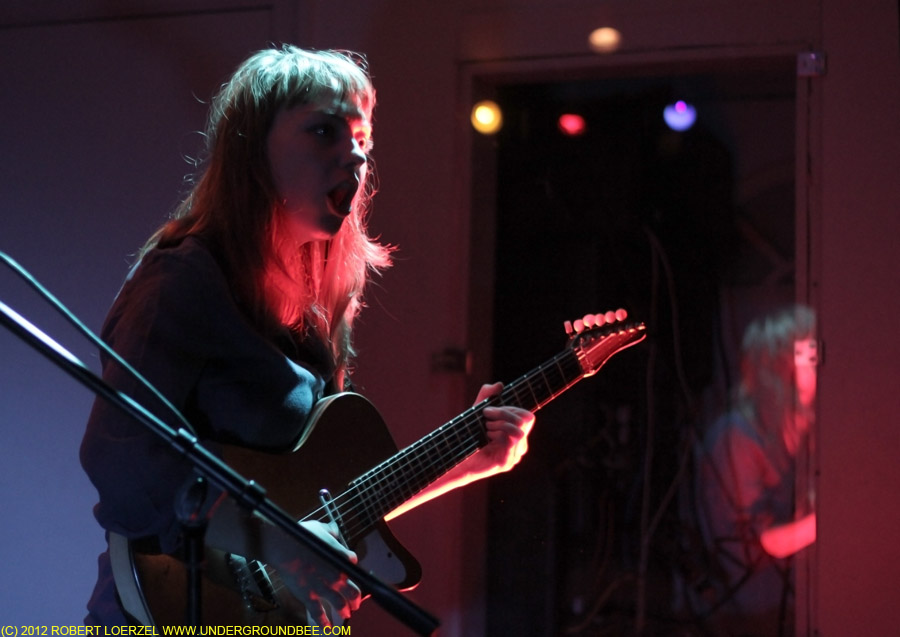 Here’s a video I shot of one song, “The Waiting,” which is preceded by a giggly introduction: