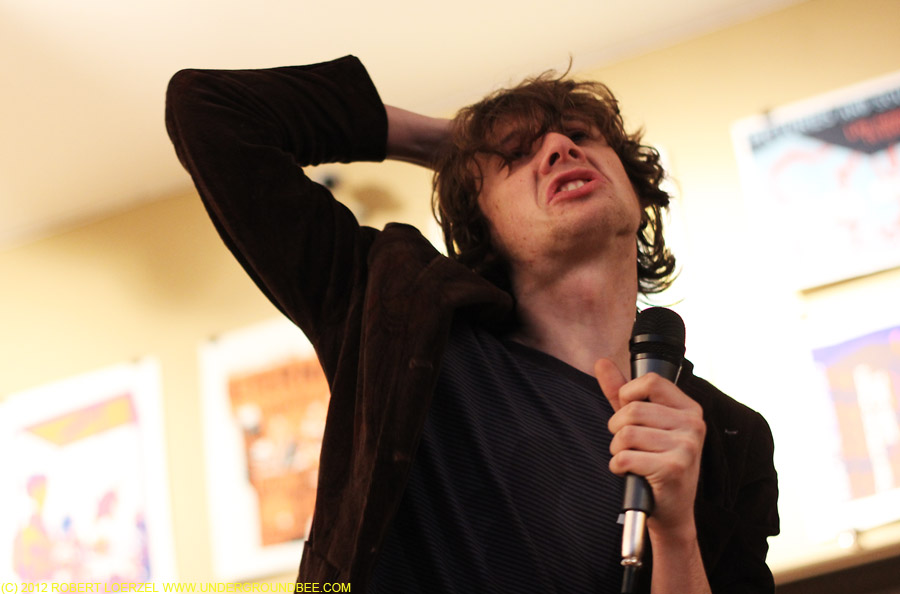 On Sunday (Jan. 9.), Logan Square’s Saki record store once again hosted an afternoon of free live music. One of the performers was Chicago singer-songwriter Angel Olsen, whom wrote about recently when she played at the Burlington. So… not to belabor the point, but she once again wowed a crowd into silence with her beautiful voice and songs. 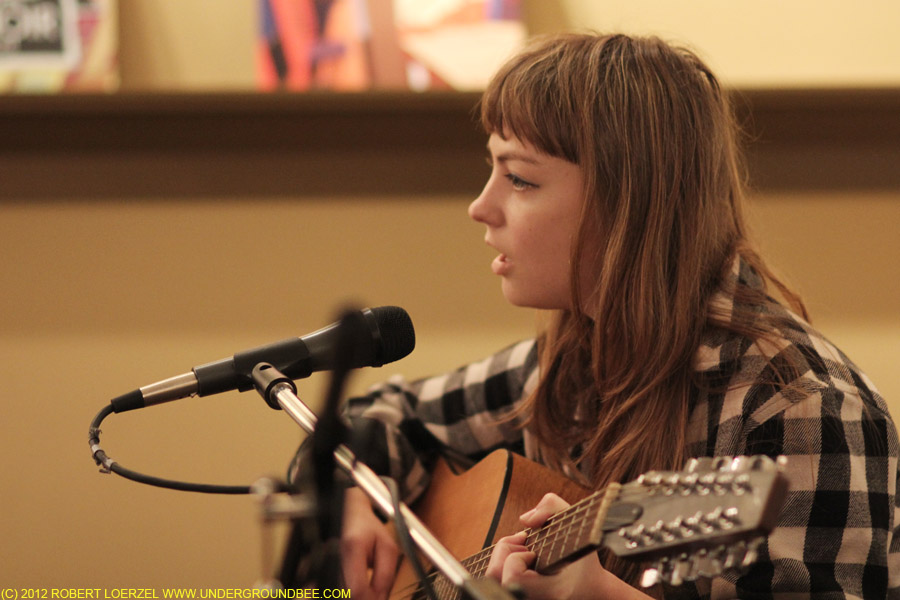 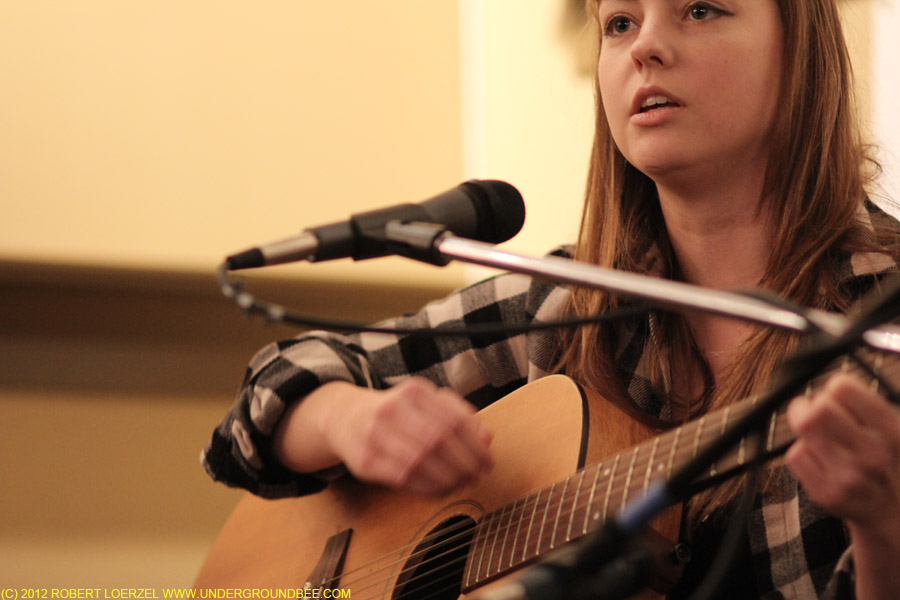 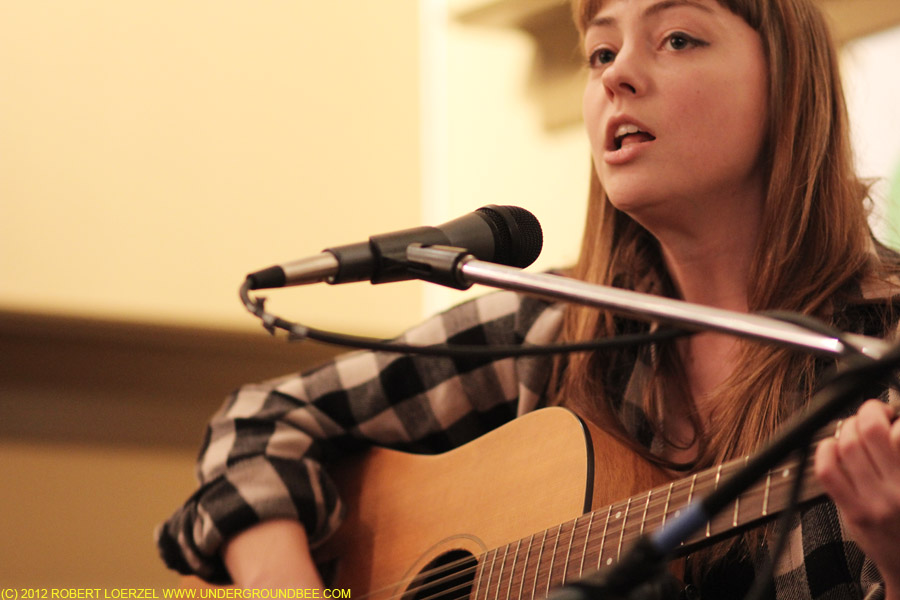 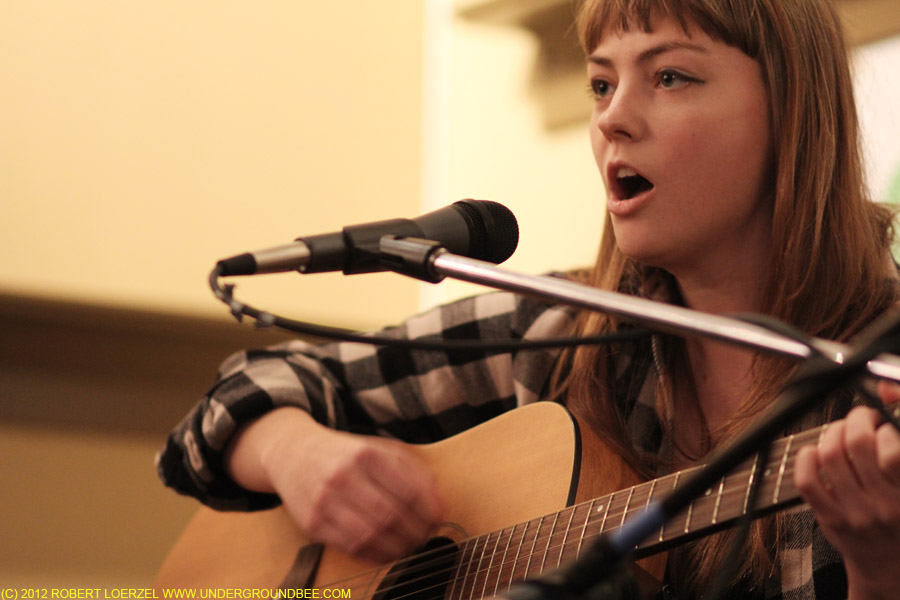 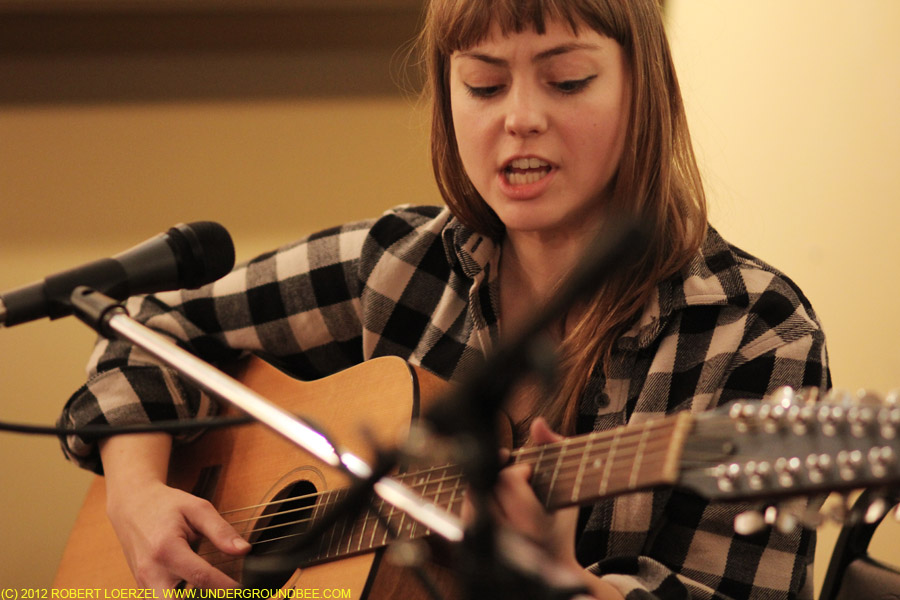 In a much different vein, Sunday’s in-store at Saki also featured Foxygen. The California duo-turned-band’s debut, Take the Kids Off Broadway, was released this year by the Jagjaguwar label. It’s a giddy psychedelic party, and the band lived up to its occasionally goofy studio recordings with a daft live performance that included lots of hair pulling, ironic stage banter and keening vocals that sometimes reminded me of the Oklahoma band Evangelicals. I’m looking forward to the second Foxygen record, We Are the 21st Century Ambassadors of Peace & Magic, which comes out in January.

Epitonic recorded both performances for its Epitonic Saki Sessions. 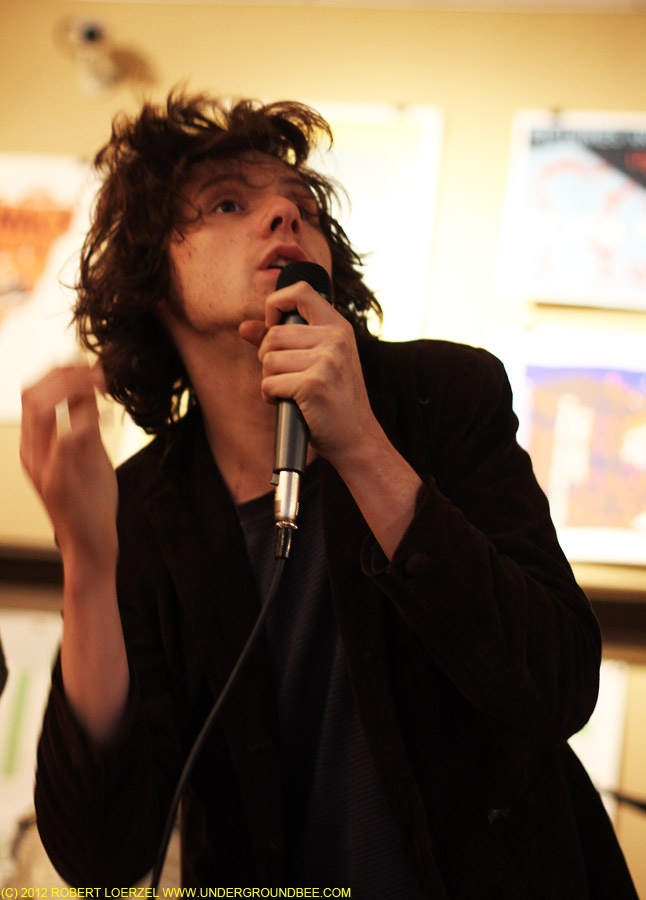 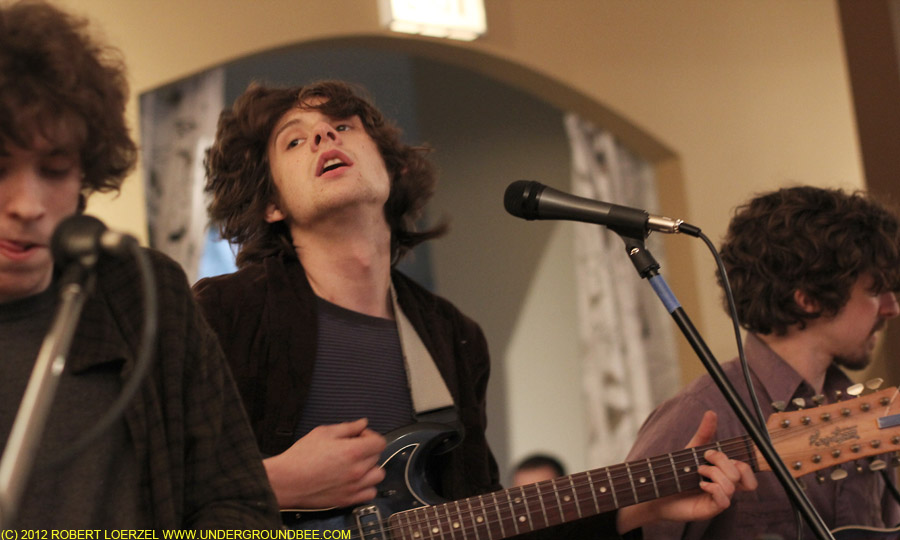 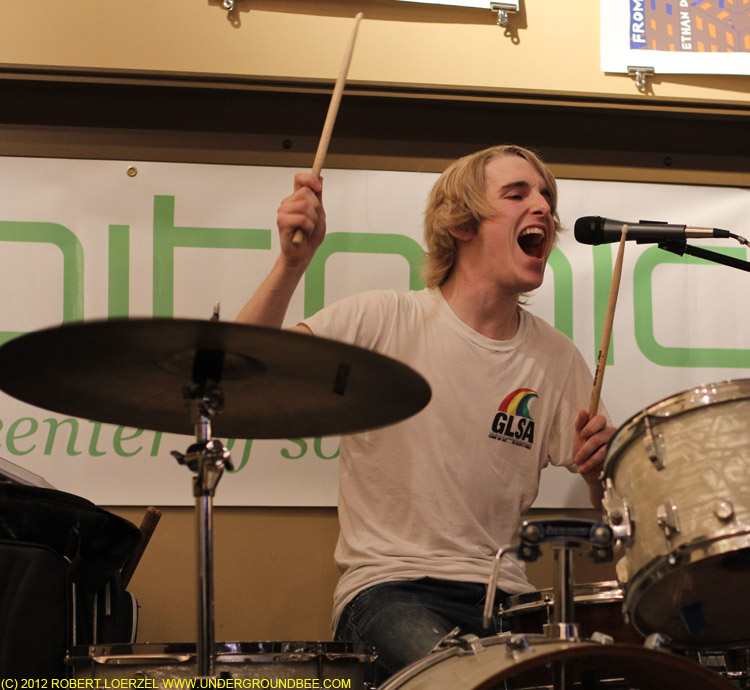 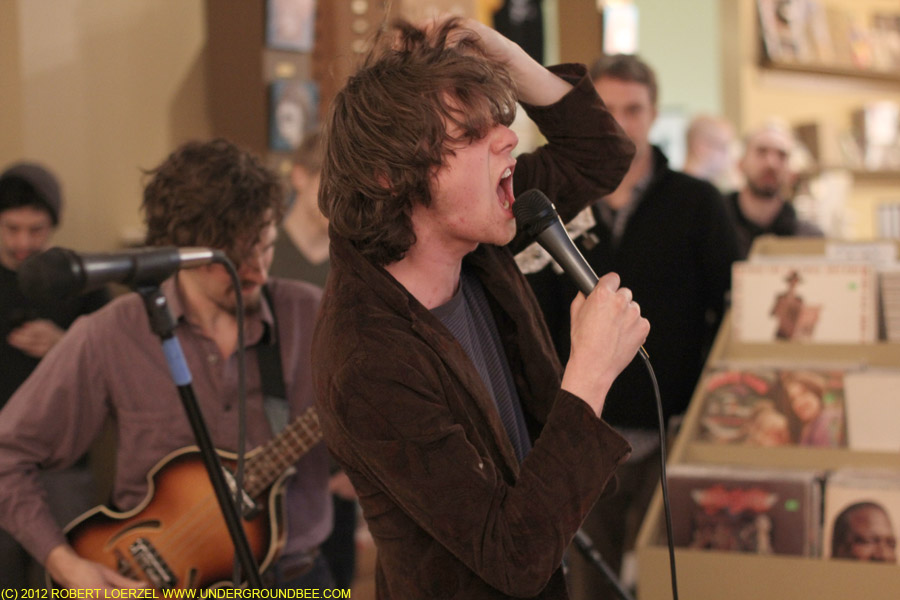 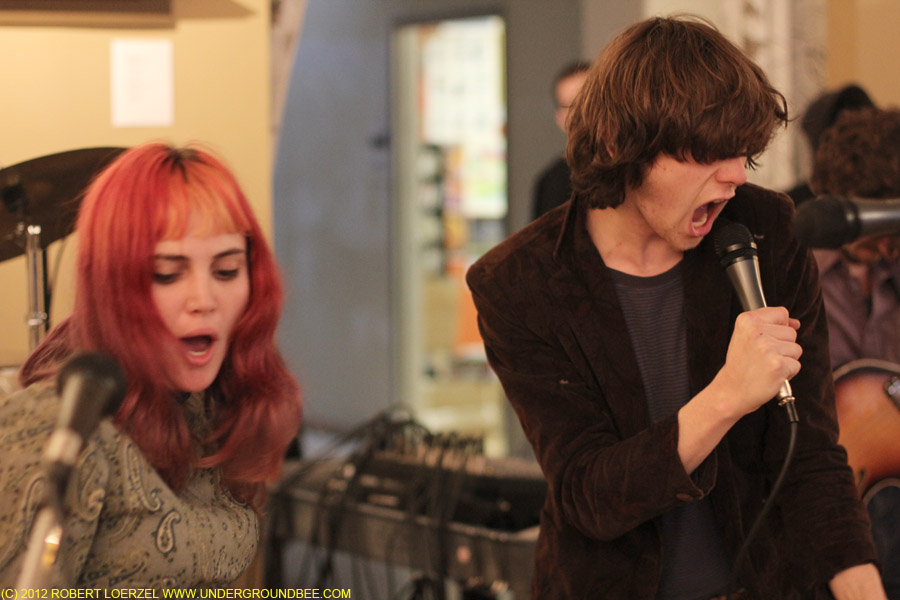 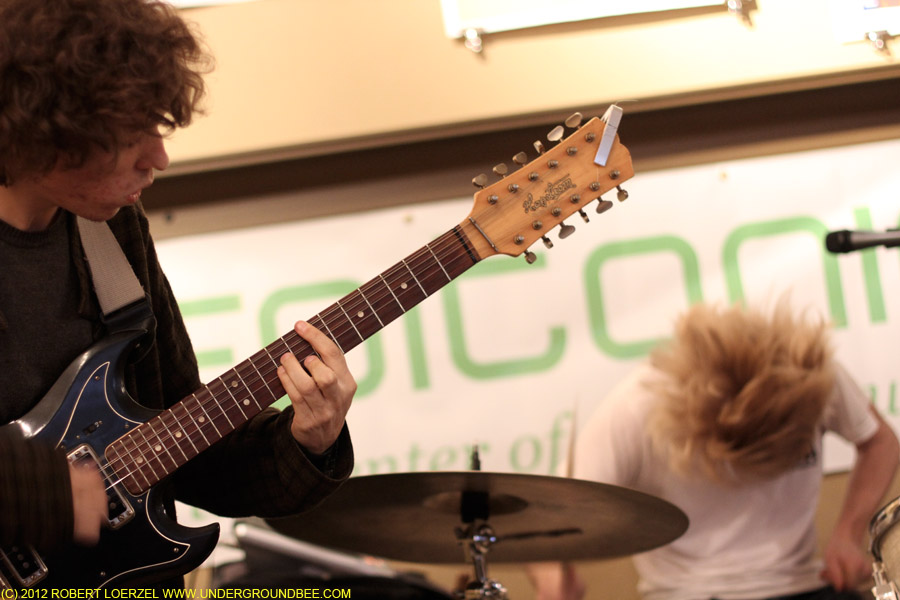 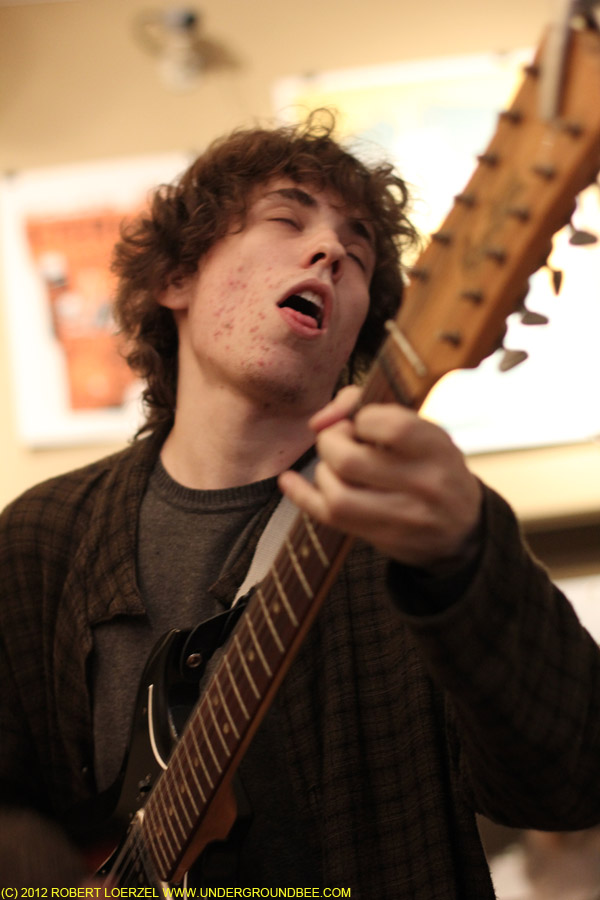