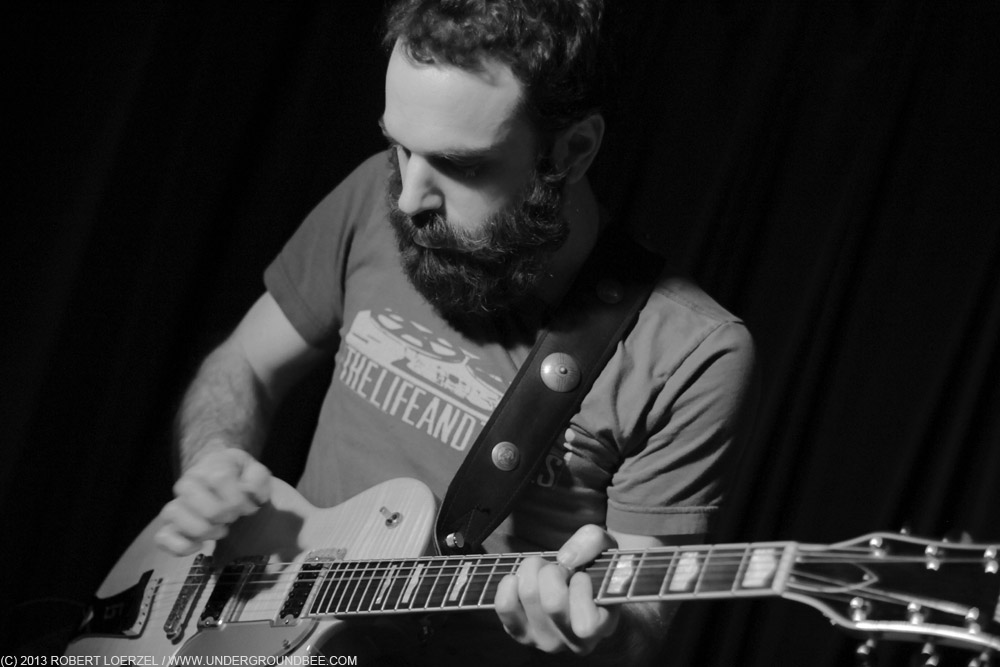 As you can see from my recent posts, I’ve been seeing a lot of concerts lately at the Logan Square club Township. The venue still feels a bit under the radar, but it has been booking some good shows recently, including local as well as touring bands. On Saturday night (Feb. 16), the Washington, D.C., band Deleted Scenes played — for some reason, as the third of four bands. I caught the last three bands (My Dad, Deleted Scenes and We Love You), and it seemed like each group had its own set of fans, and the people rotated in and out of the room during the evening. My Dad’s two-drummer math rock was ragged but energetic, and We Love You’s pop-punk was pleasant but somewhat generic. Deleted Scenes were the highlight of the evening, playing indie rock with some of the complexities of art rock. It was a strong performance in front of a small crowd in a small bar … by a band that’ll surely be playing bigger Chicago venues in the future.