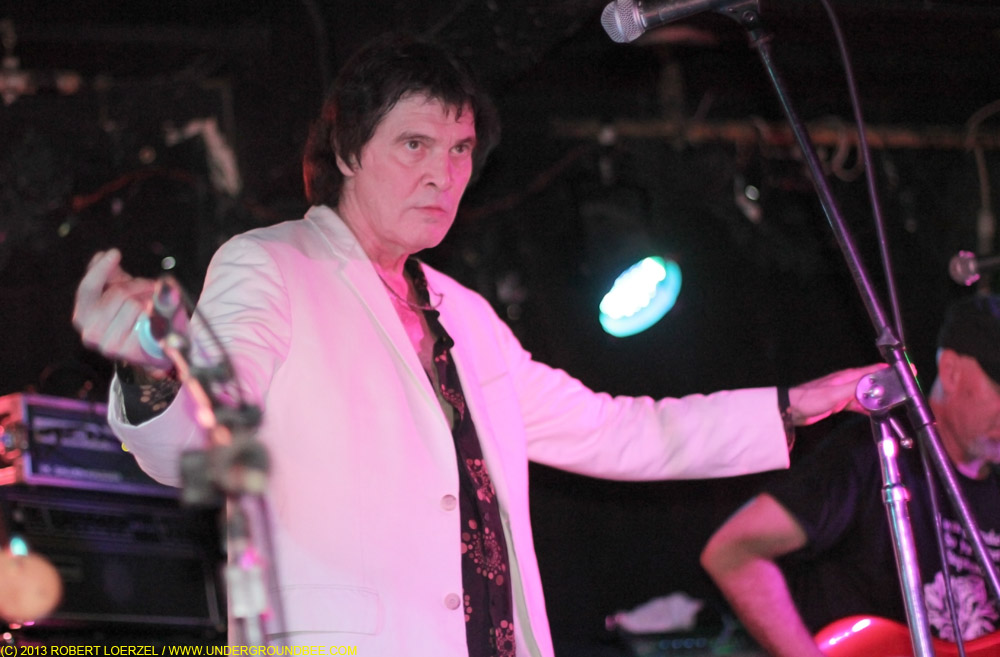 Hozac Records’ Blackout Fest was back this past weekend for another round of garage rock, power pop and other mostly raw and raucous music. It stretched out across four days at the Empty Bottle; I was there for the last two nights: Saturday, May 18, when Chrome headlined; and Sunday, May 19, when Dwight Twilley had top billing.

For my money, Sunday was the much better of these two nights — partly because Sunday’s lineup leaned more heavily to the power-pop end of the spectrum, which was to my liking. As for Saturday … Well, Saturday had its moments, too, especially the powerful music of Chicago’s Verma, with wordless singing (or is it merely incomprehensible?). Wizzard Sleeve, with Quintron on percussion, were another highlight, with a number of catchy choruses.

But when Chrome took the stage for the headline act of the night, everything ground to a halt. Original Chrome member Helios Creed encountered one technical difficulty after another, struggling to tune his guitar or to get his pedals working, even as he kept making boasts such as, “We’re going to blow you away.” It seemed like a rehearsal with a newly assembled band more than an actual concert. The band sounded all right once it got started playing songs, but there was an uncomfortable vibe among the players. At several points, Creed abruptly halted songs by waving his arms at everyone else in the band, giving them a not-so-subtle signal to stop playing. Maybe this is just the way Creed functions on stage, but it seemed more like malfunctioning.

Sunday got off to a damn good start with The Sueves, a Chicago band with jagged guitar riffs and vocals — the best discovery of Blackout Fest for me. The second band of the night was one that I was already familiar with, Games, who put out a strong album of ’60-influenced garage rock/power pop on Hozac late last year. The songs sounded even more bracing in concert than they do in the studio versions.

Then came what amounted to a double dose of power-pop headliners: Oak Park’s Pezband — a trio that originally formed around 1971 and still knows how to rock, demonstrating that they should play far more often than they do — followed by Dwight Twilley. The Tulsa, Okla., singer is most famous for his two hits, “Girls” and “I’m on Fire,” but he has a cult following of fans who clearly loved hearing Twilley play other songs from his old records — as well as the news that Hozac is releasing the first official record of Twilley’s 1975 song “Shark (in the Dark).” Twilley closed out the Blackout Fest in style.