Welsh singer-songrwiter Cate Le Bon got stuck in a terrible traffic jam on her way to play on Thursday, Jan. 23, at the Schubas nightclub in Chicago. Forty or so trucks and cars crashed in a pileup on I-94 in Michigan that afternoon, and three people died. Le Bon and her touring bandmates weren’t injured, but they were among the many people who sat in their cars without moving for several hours. As audience members showed up for the concert, the Schubas staff said  Le Bon was late — but that she was on her way. The opening act, Kevin Morby, was traveling in the same vehicle, so he was late, too.

Morby was supposed to start playing at 9 p.m., but it wasn’t until sometime after 10:30 p.m. when all of the musicians finally showed up. The bands quickly set up and did a sound check. Morby (of Woods and The Babies) played just three songs, but they packed some punch. And then, just a few minutes later, Le Bon took the stage, apologizing for the delay. The audience members who’d stuck around for this belated gig greeted her warmly — and were rewarded with a stellar performance.

Le Bon’s 2013 album, Mug Museum, sounds lovely, but her music was even better live — and not just because of her beautiful vocals. The riffs and lines Le Bon played on her electric guitar were sharp, almost spiky, intertwining in intricate patterns with the rest of the band. In the hardest-rocking songs, the riffs bounced back and forth between Le Bon and guitarist-keyboardist H. Hawkline, adding a stereo effect to the psychedelic folk-rock — and reminding me a bit of the great late ’70s band Television. (I thought I might be the only one to make that comparison, but then I noticed what the Chicago Reader’s Peter Margasak had written earlier: “The shapes of her angular guitar lines suggest Tom Verlaine at his most minimal…”)

In spite of the delays earlier in the evening, when it seemed uncertain whether this concert would even happened, it turned out to be an outstanding show. 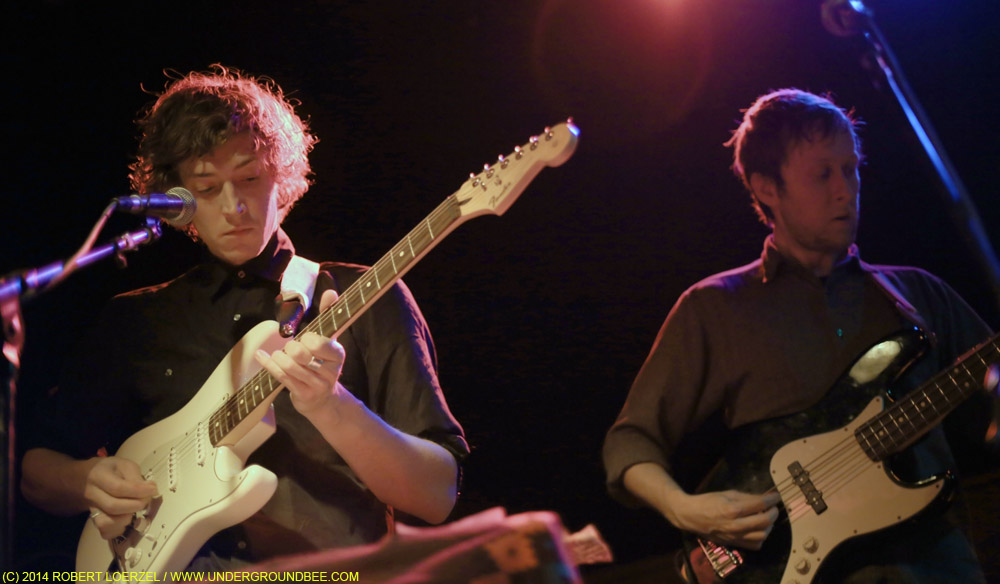