I wasn’t entirely sure what I was doing when I started this website on Feb. 12, 2004 — sometimes I’m still not sure — but I wanted to create a place where I could write about the arts. I also wanted to display my photography, though I didn’t foresee how big a part of the site that would become.

So, what’s with the name, anyway? Underground Bee? Well, it’s one of those somewhat random titles that doesn’t reveal exactly what the website is about. That’s the sort of name I was looking for. A friend mentioned that bumblebees often live in holes in the ground — and are sometimes known as “underground bees” — and it struck me as an interesting phrase.

It reminded me of the names of newspapers such as The Sacramento Bee. (When that paper published its first issue in 1857, here’s how it explained the name: “The name of The Bee has been adopted as being different from that of any other paper in the state and as also being emblematic of the industry which is to prevail in its every department.”) And while it’s debatable what qualifies as “underground,” starting my own website to cover the arts felt like something of an underground endeavor.

I stumbled for a while with my efforts at Web design, before switching over to blogging platforms. If you poke around in the older portions of this site, you may find some broken links — not too many, I hope — as well as some blog posts that don’t exactly match my current format. (The pictures you see here on this blog post include previous versions of the Underground Bee logo — some of which I believe I abandoned before using.)

And you’ll see some rather awful photos from my early years using a point-and-shoot camera. Looking at those pictures now, I can’t believe I ever thought those photos looked good enough to post online! Although I’d started taking photos as a hobby in high school, I didn’t start taking pictures at concerts with any regularity until the early 2000s. Like countless other music fans, I simply realized that I had a new digital gadget allowing me to snap pictures at concerts, and as long as I was standing there in front of the stage, I thought: Why not take some pictures?

That offhand idea grew into an obsession. Over the years, I’ve purchased better cameras and lenses. And I hope that my photographic skills have also improved. And while I do enjoy photographing big stars, I really treasure those moments at smaller venues where I may be the only photographer — or one of a few — documenting a performance. 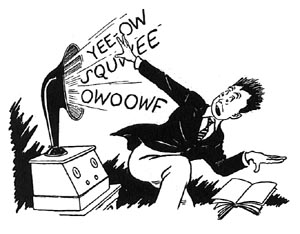 More than anything else I’ve done with this blog, I ended up reviewing and reporting about concerts, with photos to go along with my words. (Or in some cases, photos without any words.) I still write here from time to time about films, plays, albums and other arts topics.

I don’t try to cover everything  in the Chicago music scene here. I do hope I’ve helped to document what’s happening. This website is a one-man operation. It has no advertising. I get paid nothing for any of the reviews or photos that run here. (I do get paid for my writing and photography for other media outlets.)

Underground Bee has had about 1,000 blog posts so far. According to the stats from my web server, Underground Bee usually receives 25,000 to 30,000 visits per month — though that total shot up past 50,000 in December and January. It seems that a lot of people end up on my website after searching for photos of particular musicians. (I do need to work on improving my SEO.)

Looking back at everything I’ve posted on Underground Bee over the past decade, I feel a new appreciation for all of the music and other art I’ve experienced during that time, including so many concerts that tickled, thrilled or thrashed my ears and my brain. And I’m grateful that so many venues and musicians have been kind enough to allow me to take photos at these performances.

Thanks to everyone who has been paying attention.