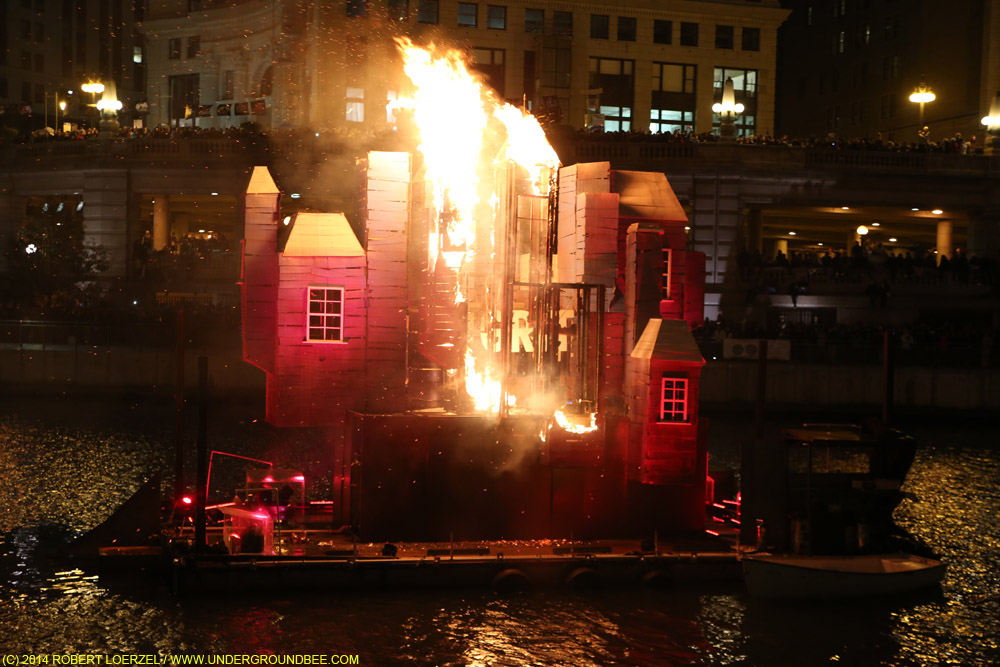 The crowd waited and waited for something spectacular to happen Saturday night, Oct. 4, on the Chicago River. But the promised spectacle — an event created by Redmoon Theater and co-sponsored by the city — proved to be a dispiriting bore. At least there were fireworks at the very end of the drawn-out debacle called the Great Chicago Fire Festival.

Redmoon has put on some wonderful shows in the past, including the outdoor spectacles “Sink, Sank, Sunk” in 2004 and “Joyous Outdoor Event” in 2010. It’s too bad that this latest show — the highest-profile thing Redmoon has ever done — was such a dud. Part of the problem was the lack of any narrative beyond a bare-bones retelling of what happened during  the Great Chicago Fire of 1871. The show lacked characters, not having a single identifiable person in it for us to care about.

And then there were the technical difficulties. The floating houses at the center of the show were supposed to burn up, but the blazes fizzled with most of the exteriors of the structures still intact. After a long and uneventful lull, an announcer informed the crowd that something wasn’t working with the electrical system. Eventually, the announcer said the fires would be rekindled “manually.” Another long wait ensued. Finally, there were more flames, though hardly anything worthy of the title “spectacle.”

At last, there were fireworks, which were fun to watch in the midst of the Chicago skyline. But it was too little, too late.

Last year, I wrote a story for the Chicago Tribune about what happened the first time the city re-enacted the Great Chicago Fire of 1871. That was in 1903 — and while that event had its own difficulties, it sounds like it was more of a success.

My photos of tonight’s event might make it look more impressive than it actually was. Keep in mind that most of the time, what we experienced was this: 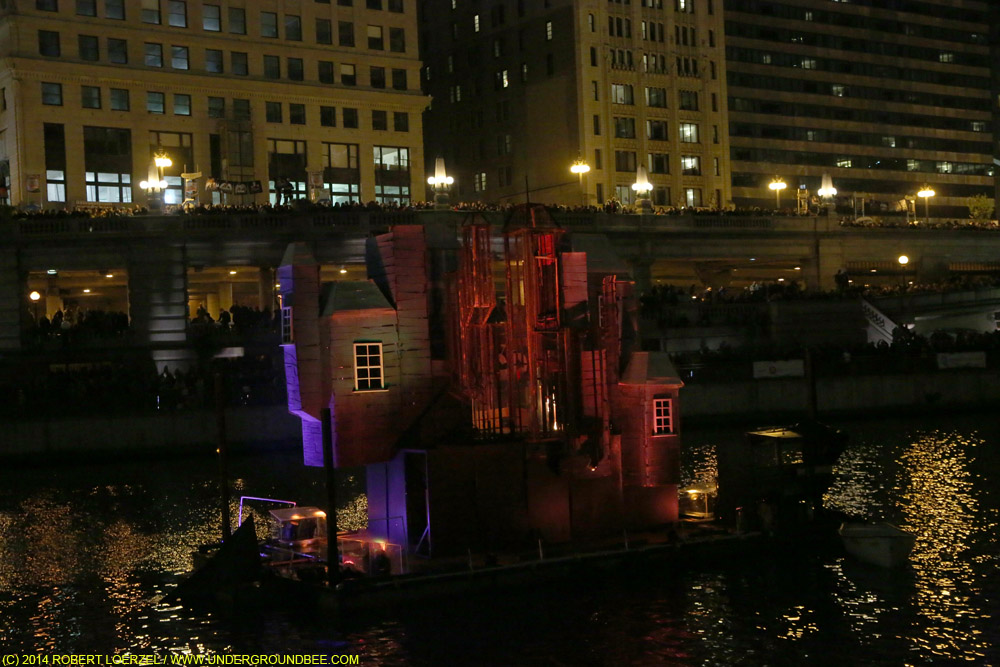 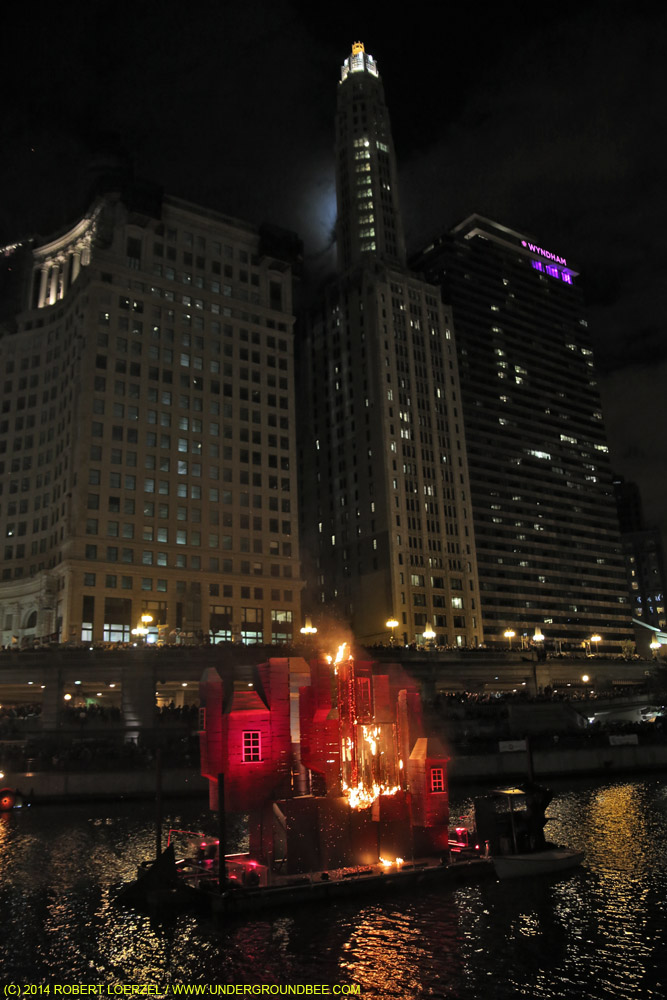 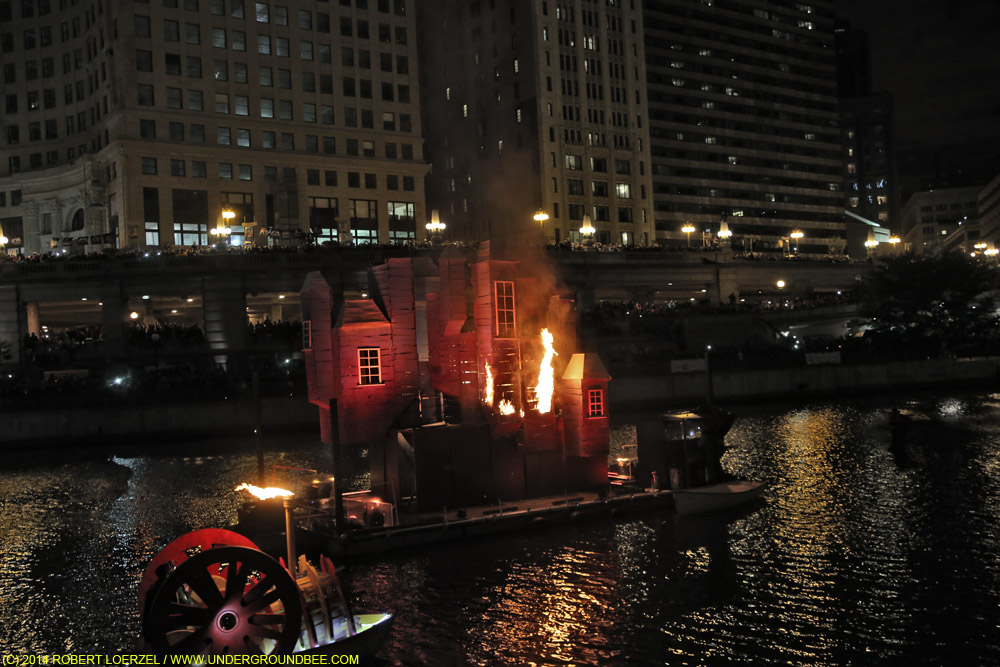 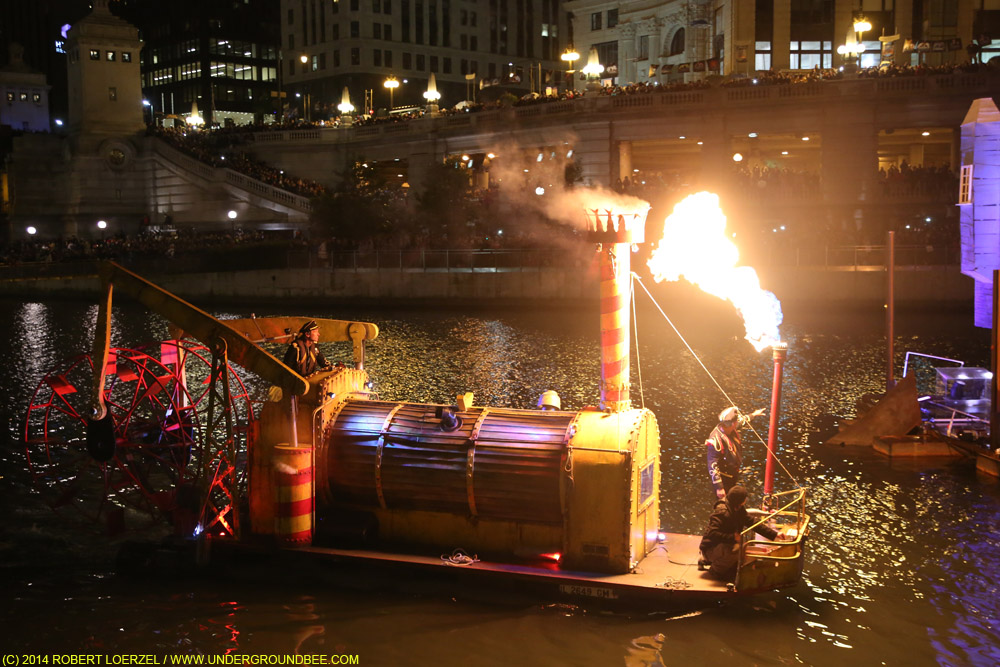 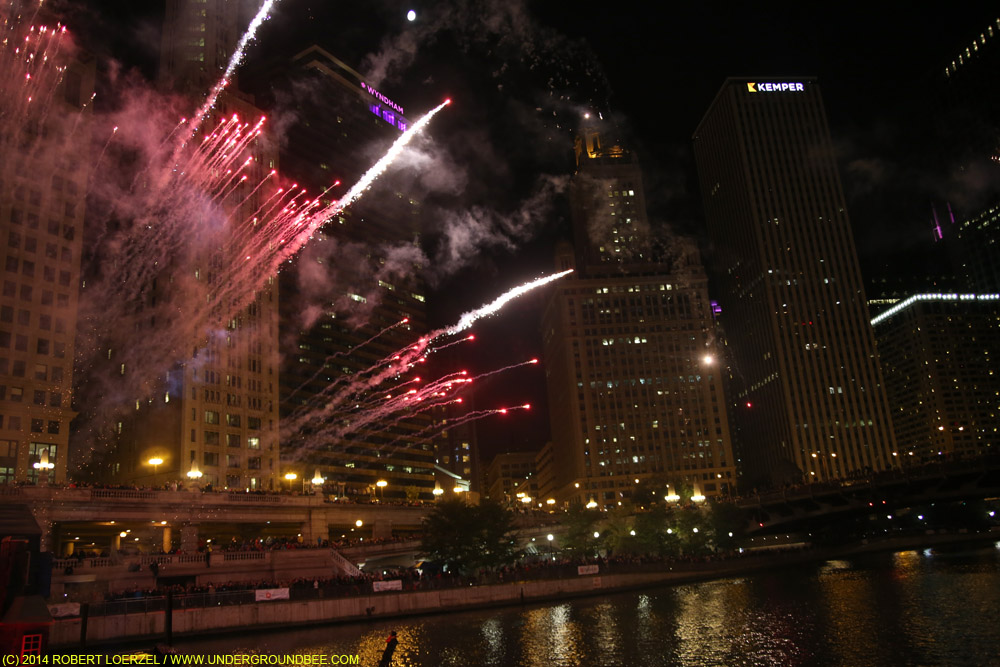 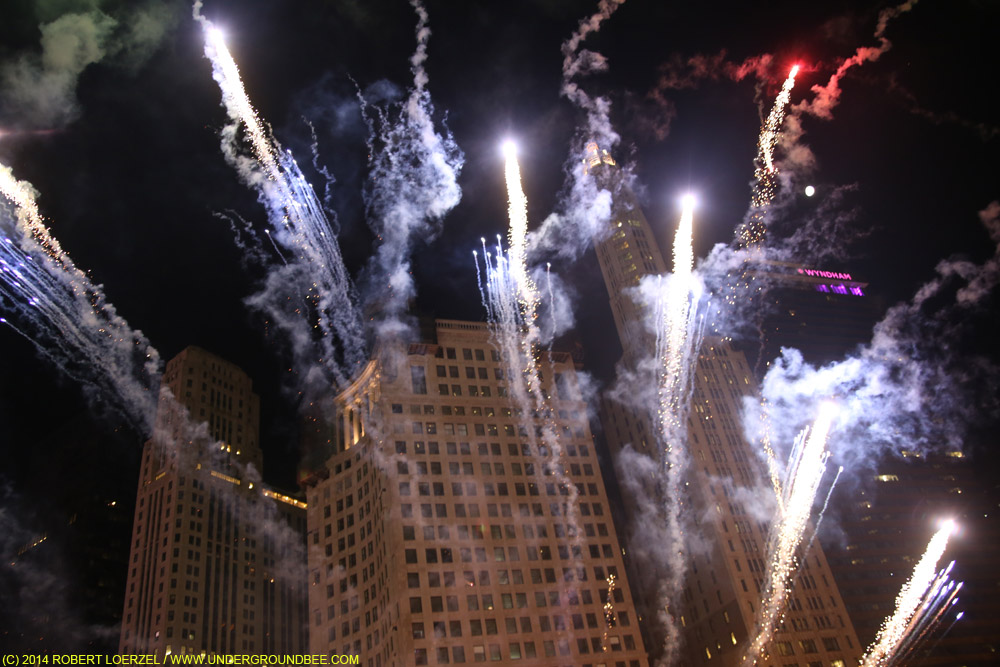 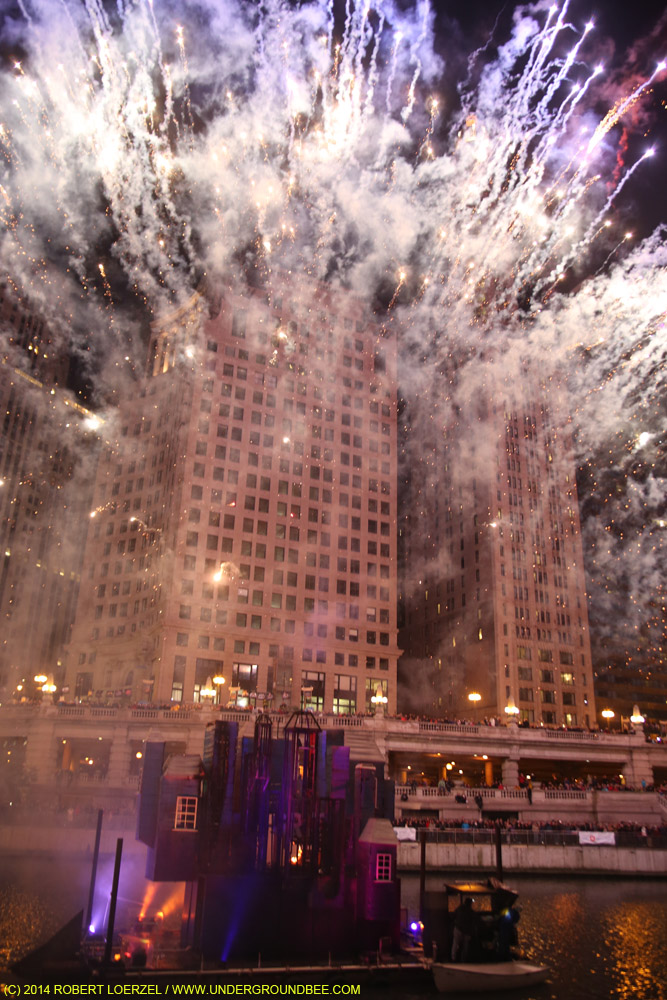 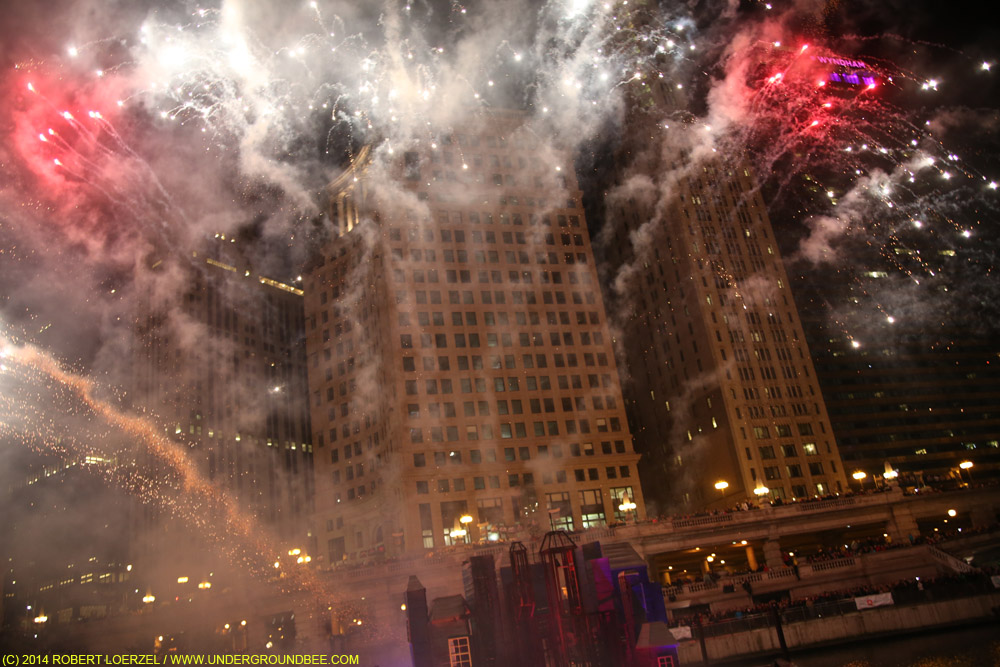