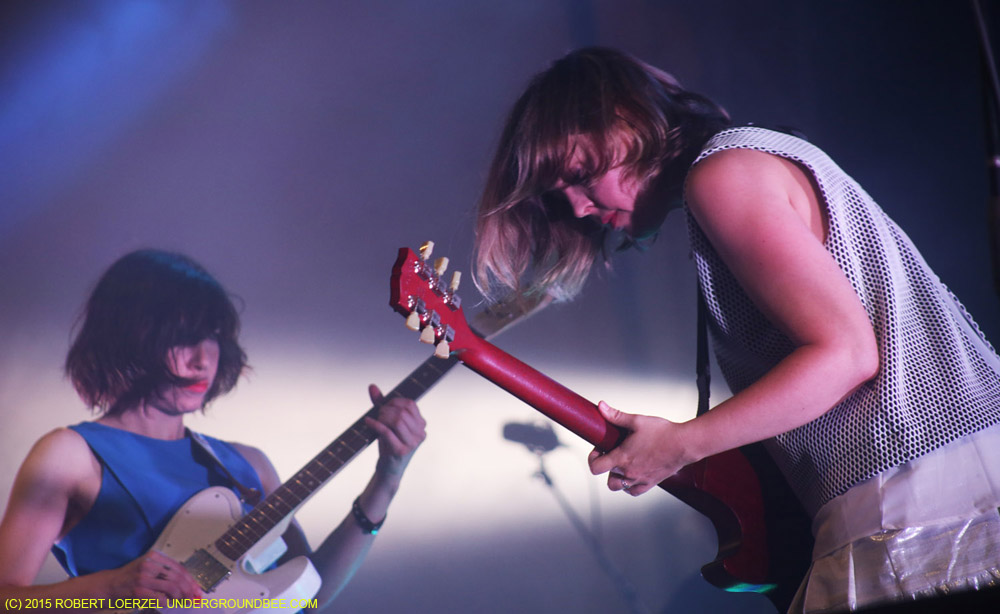 Sleater-Kinney and Courtney Barnett were the highlights of the 2015 Pitchfork Music Festival for me — no big surprise, considering how much I’ve liked their records and past live shows. Headlining on Saturday night, Sleater-Kinney once again showed that it’s one of the most powerful rock bands playing today. And when Barnett played on Sunday afternoon, she looked like she was having a hell of a good time, cranking out some searing guitar riffs and solos even as delivered her witty observational lyrics with clarity and humor. 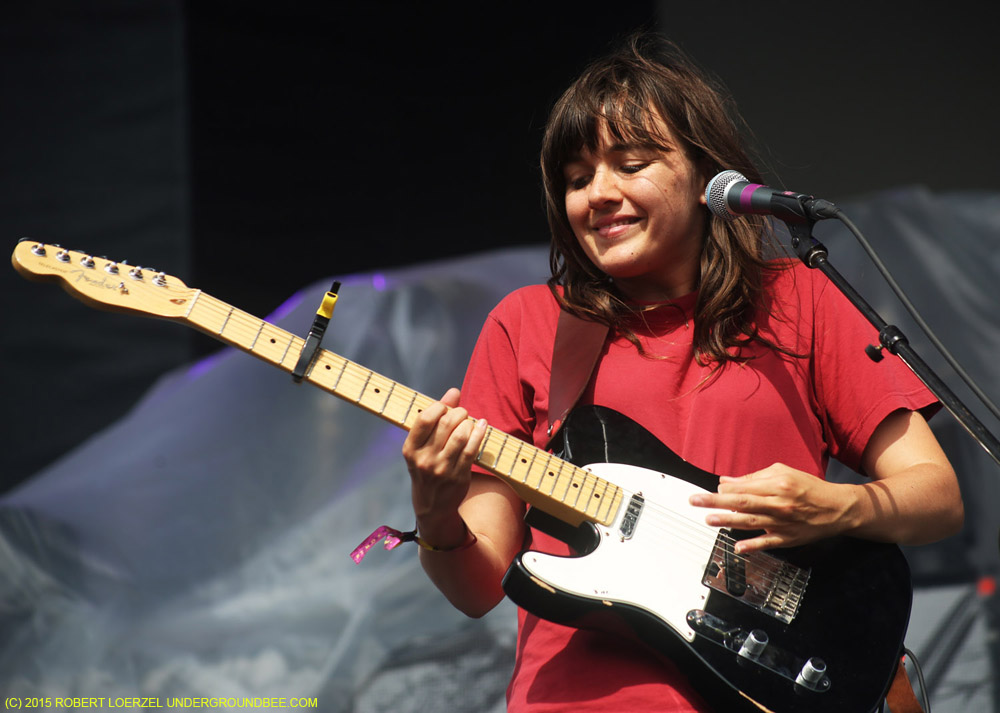 My assignment at this year’s Pitchfork (July 17-19 at Union Park) was taking photos for The A.V. Club. And I ended up photographing all but a few of the musical acts — which meant that I bounced around between the stages, often catching half a set here and half a set there. So it would be unfair for me to be too definitive with my reviews of all those artists.

I’ll just say I was impressed with the loping, languorous grooves of Chicago singer-guitarist Ryley Walker’s group; the ferocity of Bully; the meditative hum of Bitchin Bajas; the spirited bounce of the Julie Ruin; the arty post-punk of Viet Cong; the energy of Run the Jewels; and the range and musicality of Chance the Rapper’s hip-hop. The New Pornographers’ harmonies were as catchy as usual, despite the lack of Neko Case and Dan Bejar. Promotmartyr and Parquet Courts sound as strong as usual. I enjoyed what I heard of Steve Gunn, Iceage, Mourn and Ought, but wish I’d had to chance to hear more. I’m still not sure what to make of Ariel Pink, and Chvrches’ pop hasn’t won me over yet.

On Friday night, Wilco devoted the entire first part of its set to the group’s new album, Star Wars — which was released as a free download the previous night, surprising even Wilco fans. I’d already listened to Star Wars a few times before the concert, but the music still felt unfamiliar in concert. Not a bad thing. This certainly wasn’t a typical Wilco show, but the band played more recognizable hits in the second half of the concert.

The most memorable moment came on Saturday afternoon, in the midst of Ex Hex’s set, when a heavy downpour of rain forced Pitchfork to make the announcement that the festival was closing and everyone had to leave the park. Some confusion ensued, but a short time later, the gates reopened and most of the audience returned. The storm left puddles and mud, but by the end of the day, the weather was quite pleasant. And even though there were a few stretches of music over the weekend that I found either dull or annoying, the festival as a whole turned out to be a pretty good time.

As an easy way of supplying my photos for the A.V. Club, I posted them in these Flickr albums: