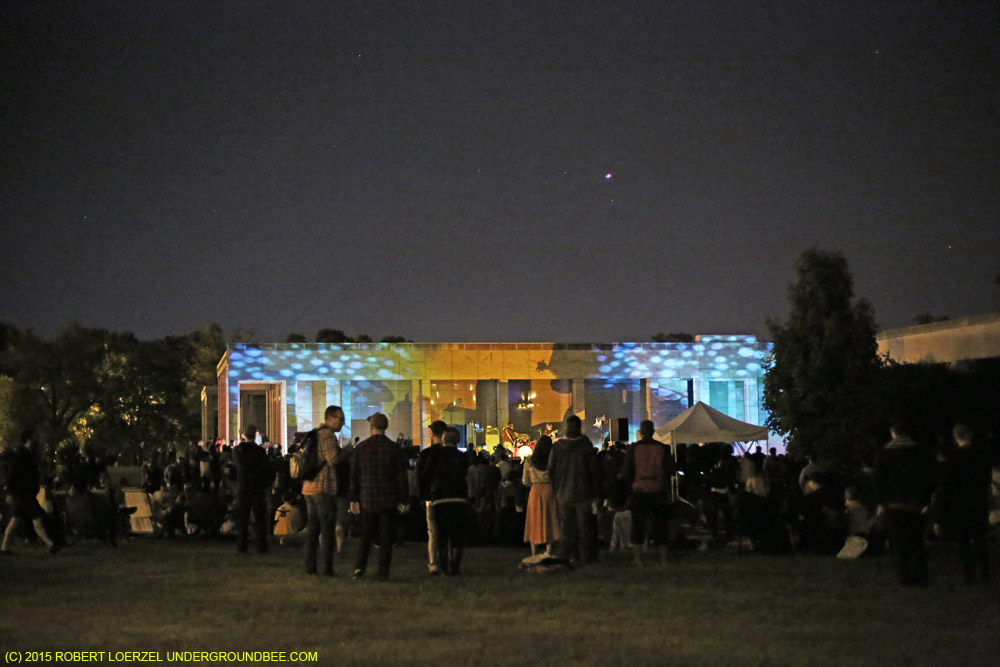 Out on Chicago’s Northwest Side, Bohemian National Cemetery has hosted a few concerts over the past few years, including performances by Wrekmeister Harmonies and the Silver Apples. But until this past week, I hadn’t made it out to any of these “Beyond the Gate” shows, which are presented by the Empty Bottle. I was there on Thursday, Sept. 10, for the concert by Earth, Disappears and Holy Sons, with appropriately atmospheric DJ sets by J.R. Robinson of Wrekmeister Harmonies.

The stage was next to the Marsaryk Memorial Mausoleum (No. 15 on this map), not far from the corner of Pulaski and Bryn Mawr. There aren’t any graves in that section of the cemetery, but tombstones and trees are visible off in the distance to the east. 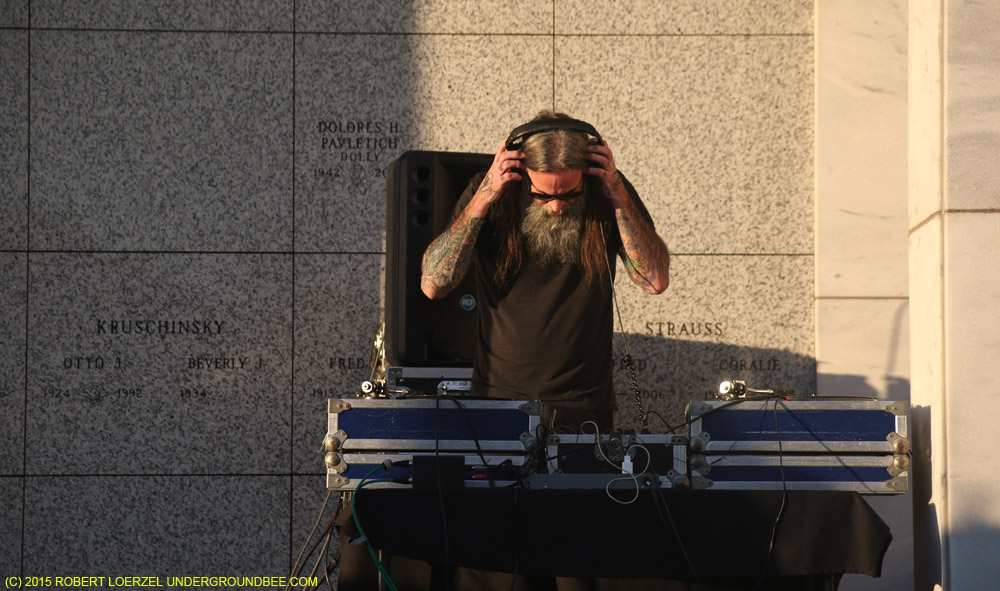 It was still light outside as people showed up and Holy Sons (led by Emil Amos, who also plays in Grails, Om and Lilacs & Champagne) started off the show with bluesy hard rock. 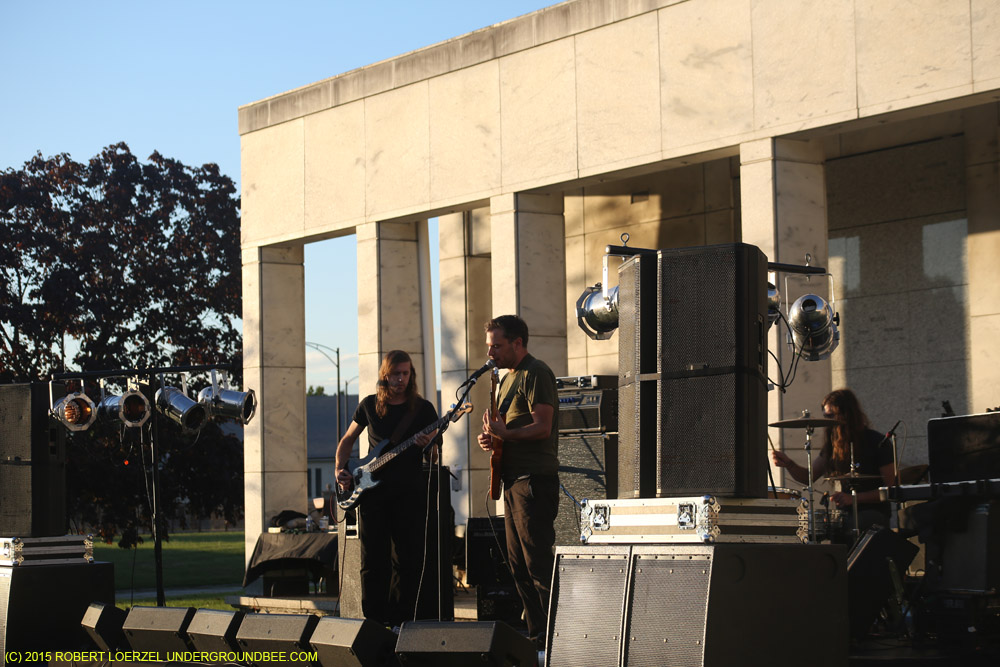 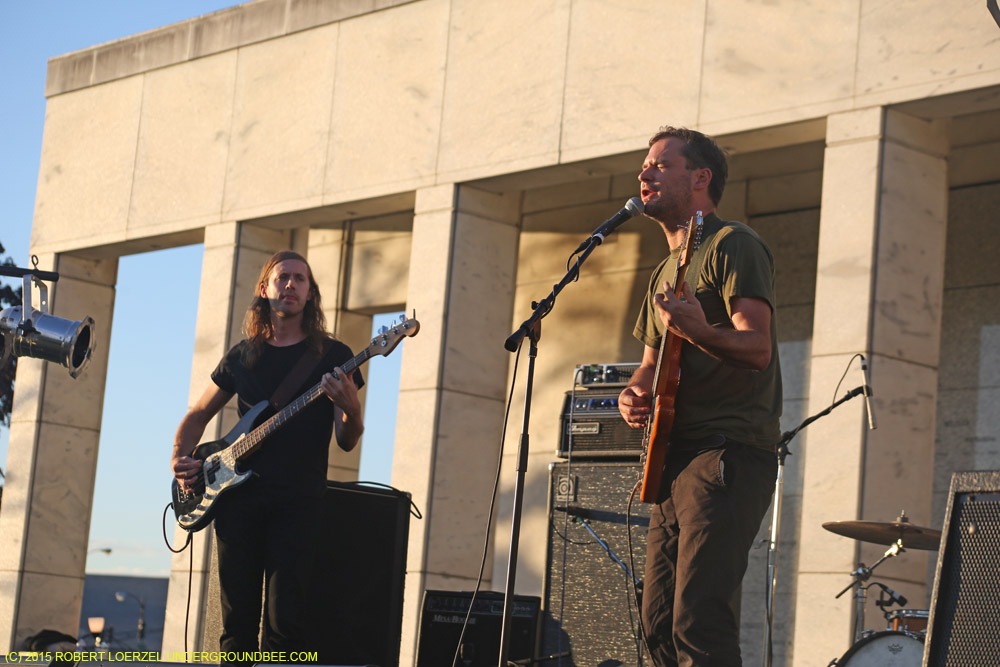 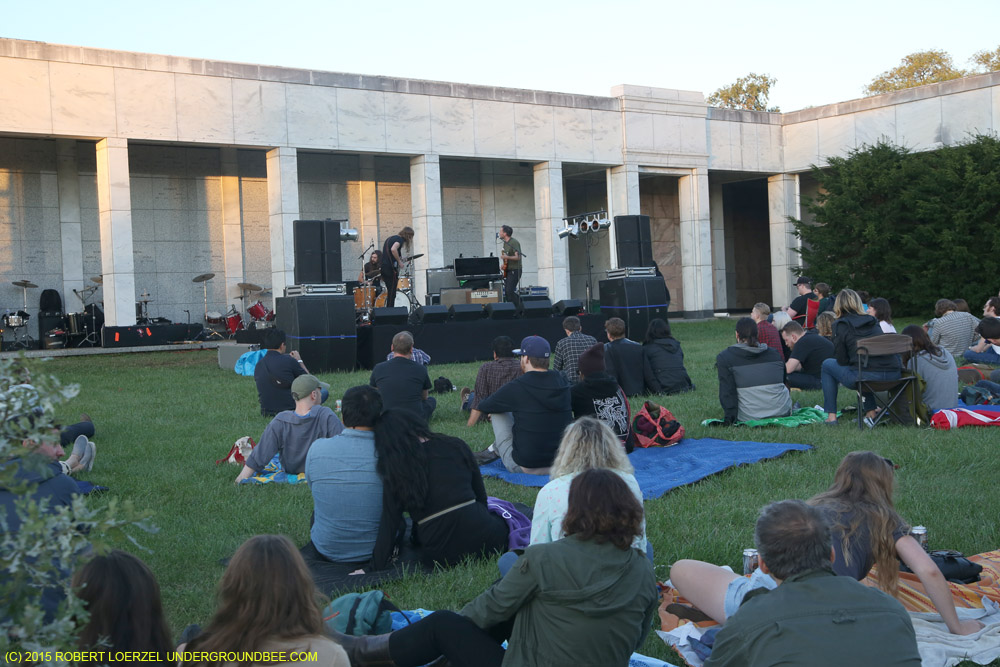 It was getting dark by the time Disappears took the stage, with shimmering, clanging guitar chords ringing out across the lawn. The Chicago band’s latest album, Irreal, is another solid addition to its discography, but a couple of older tunes were the highlights for me. The set ended with Disappears locked into a Krautrock groove that gathered strength as it repeated and repeated. 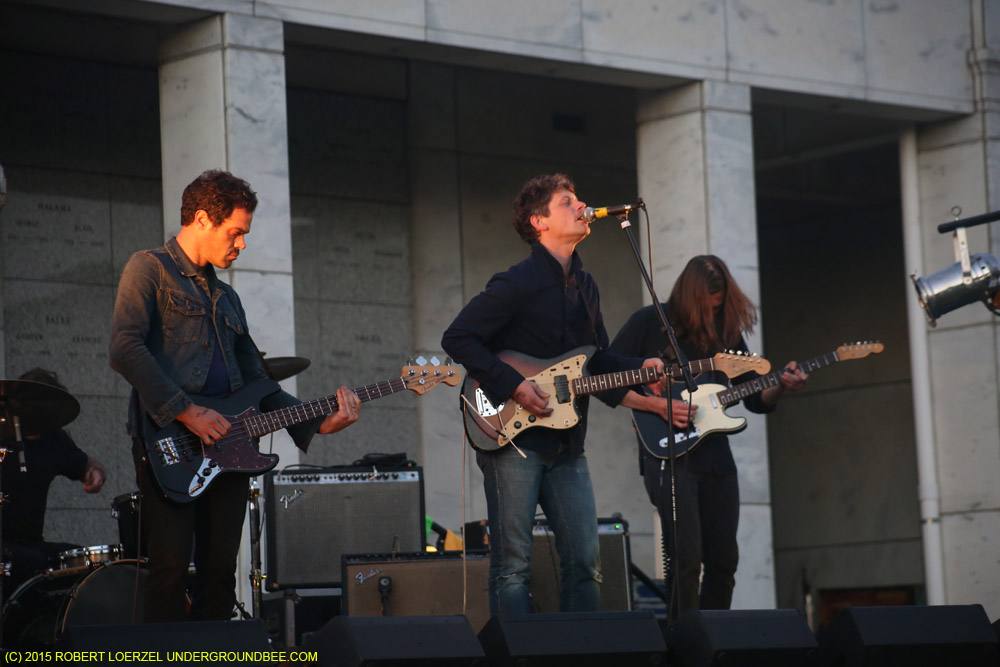 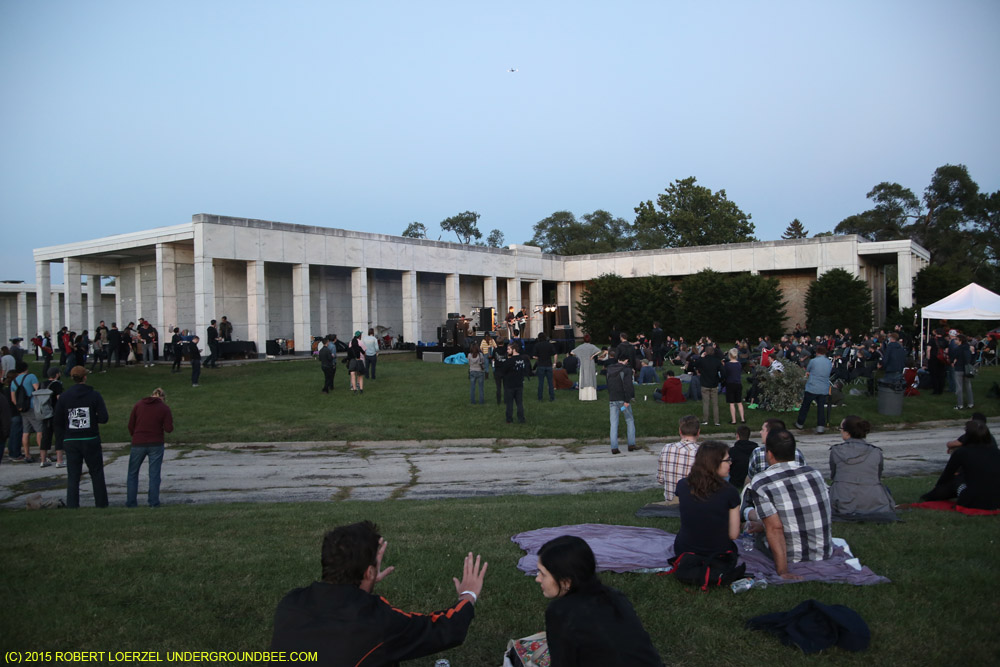 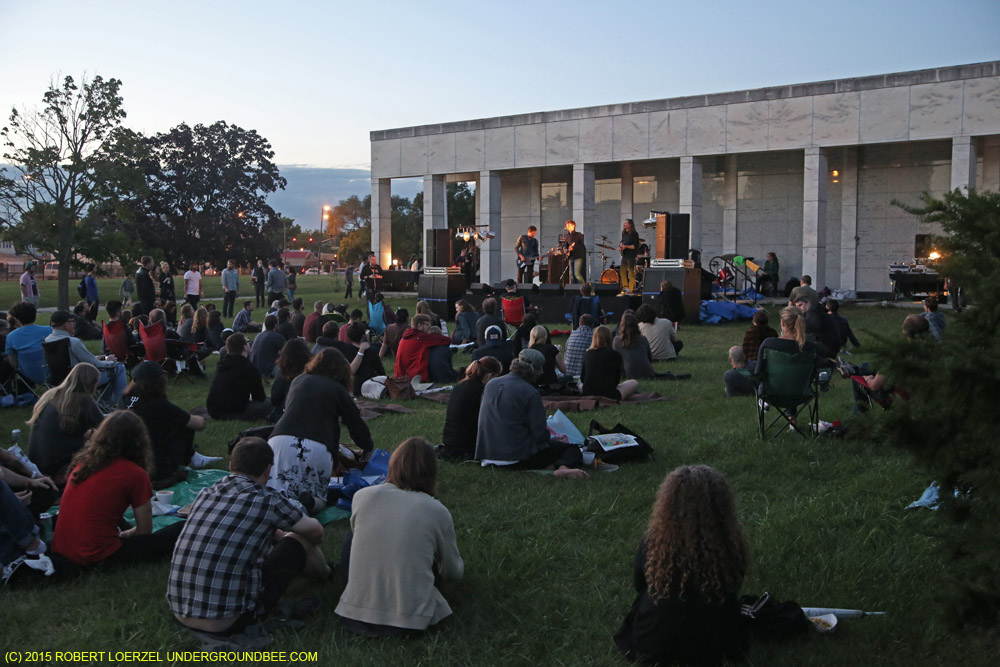 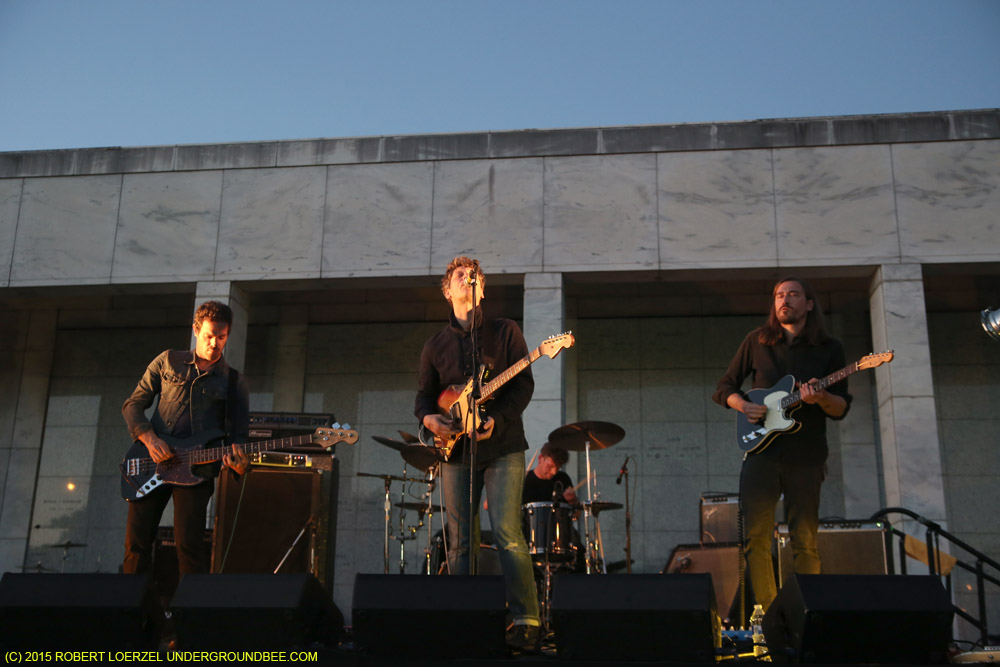 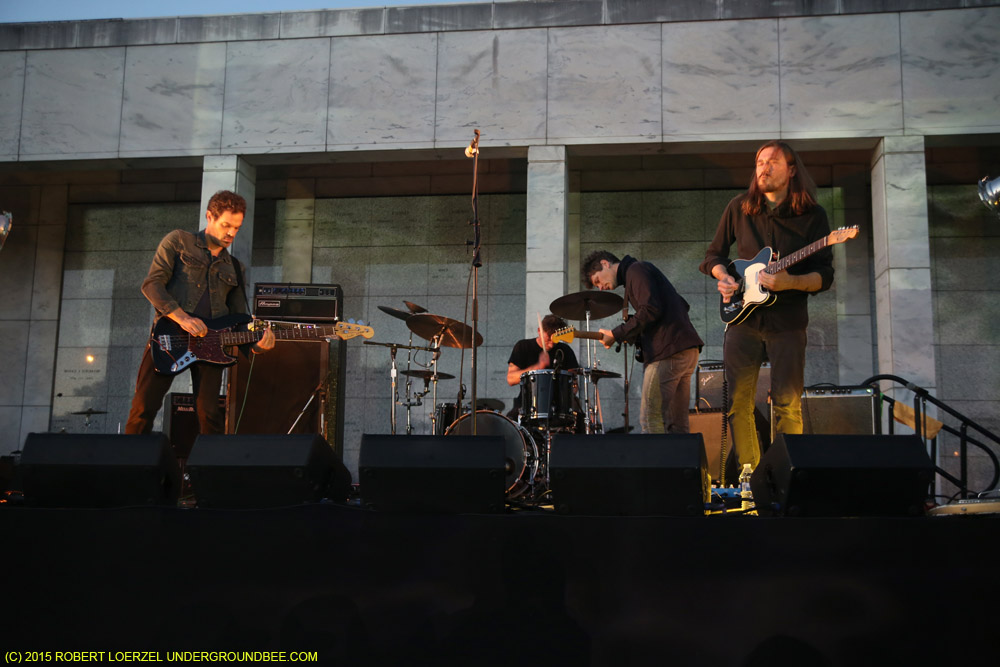 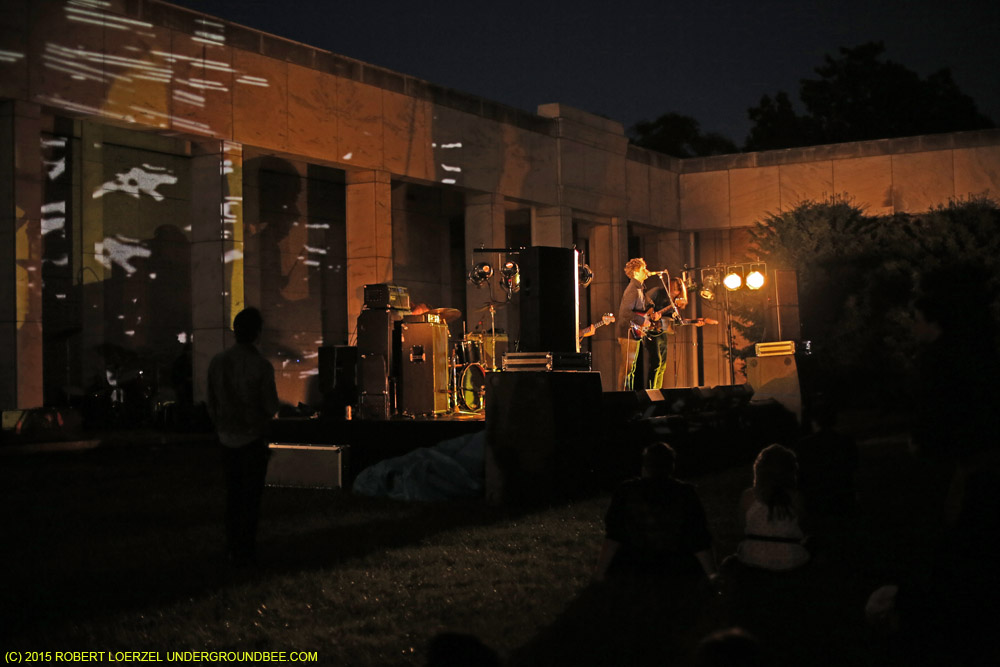 As Earth played the final set of the night — slowly grinding out its thundering, mountainous instrumental music — guitarist Dylan Carlson cast huge shadows on the wall of the mausoleum behind him. I departed a bit early, just because I wanted to get to the Empty Bottle for that night’s “after show,” heading to my car on Bryn Mawr as Earth played its final song of the night. Walking on the sidewalk along the cemetery, I looked back across the rows of tombstones and heard Earth’s ethereal chords floating through the night air. 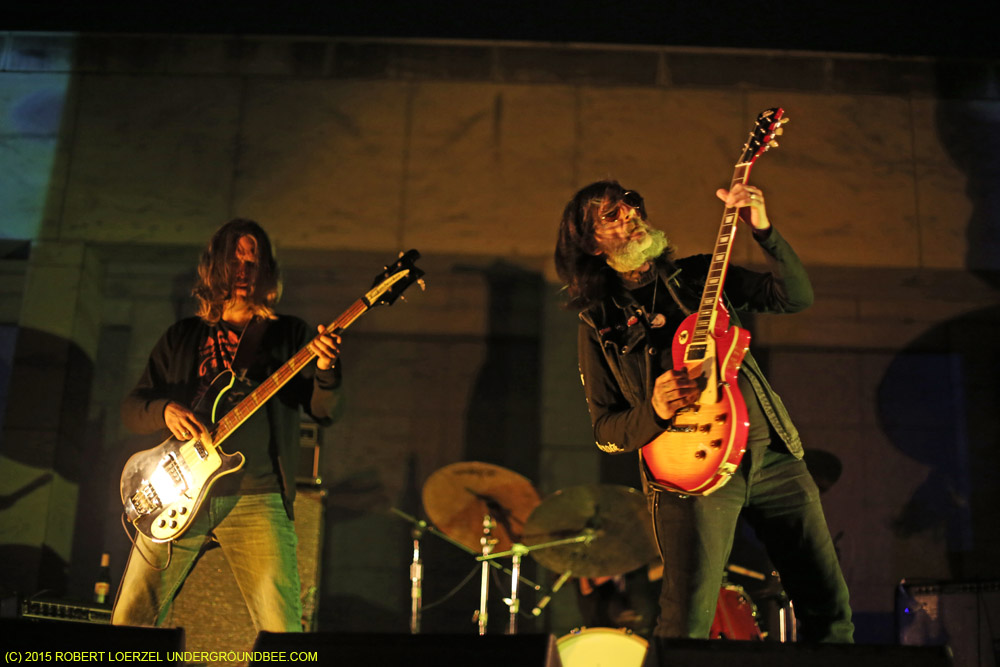 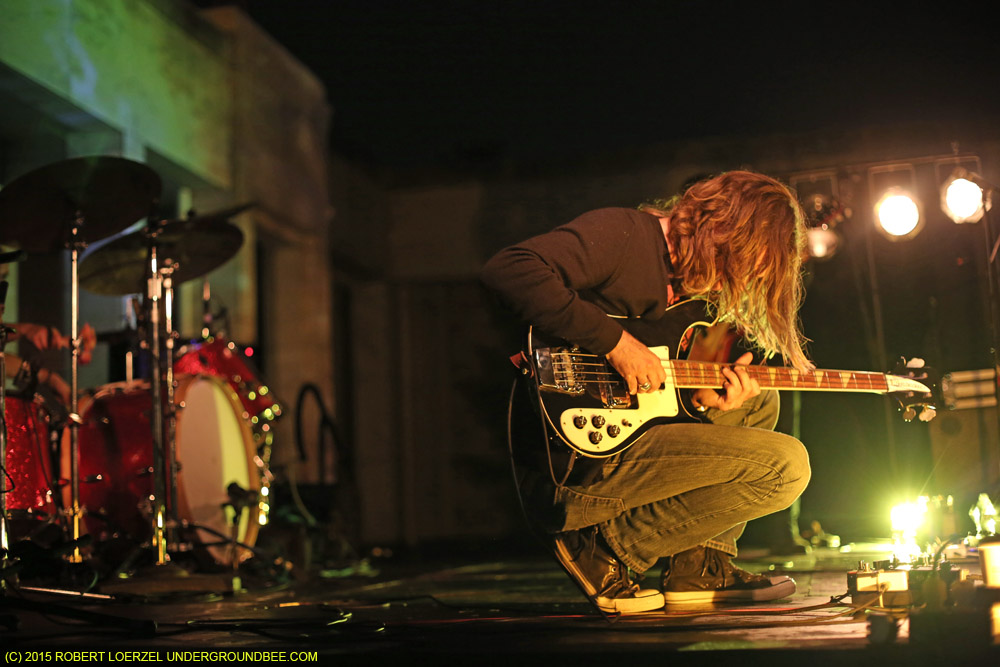 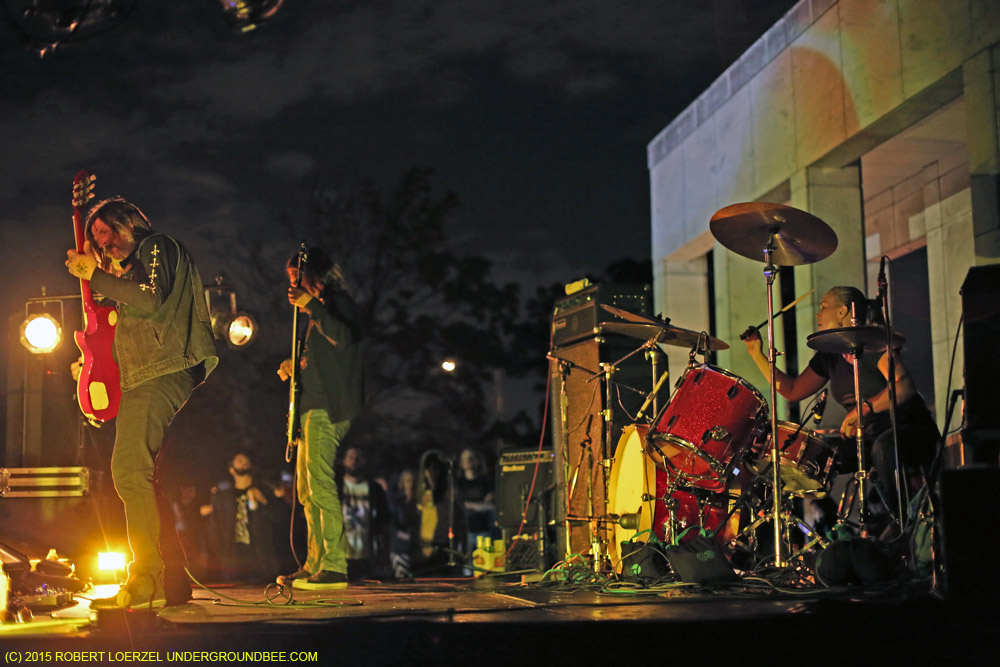 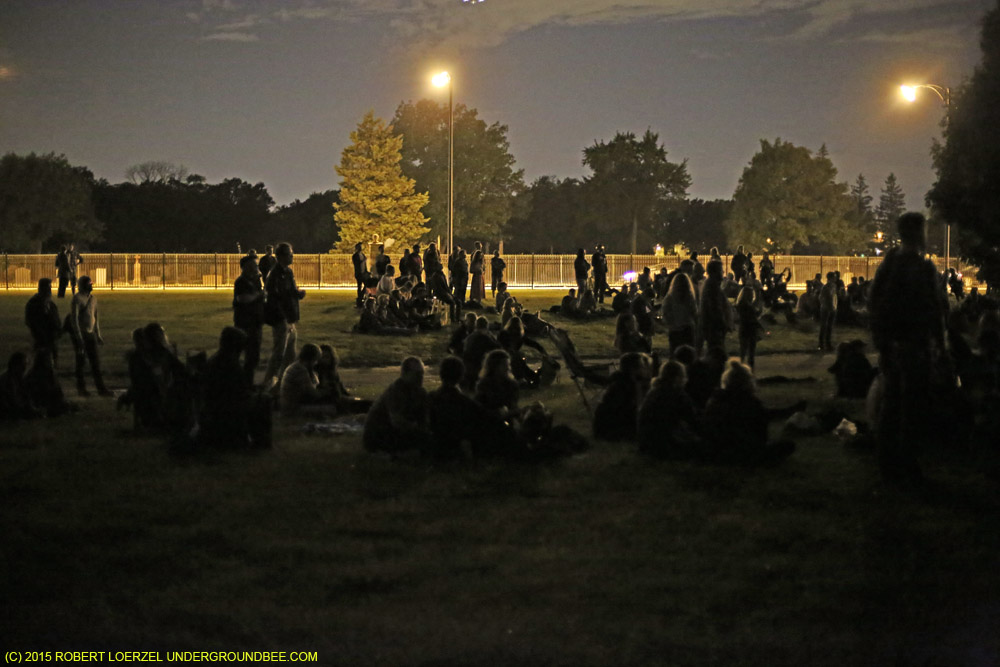 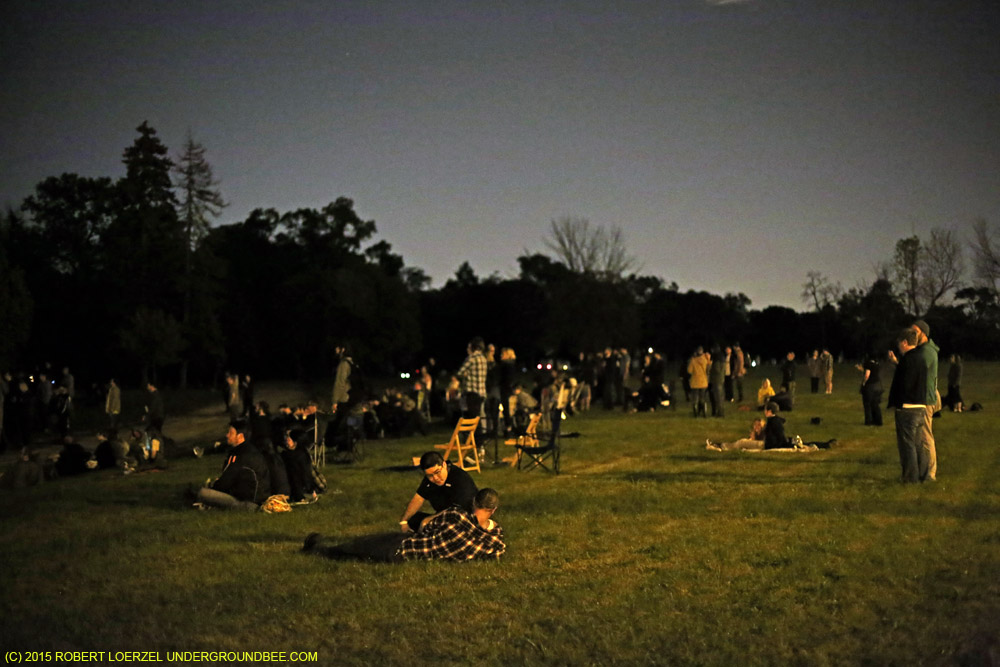