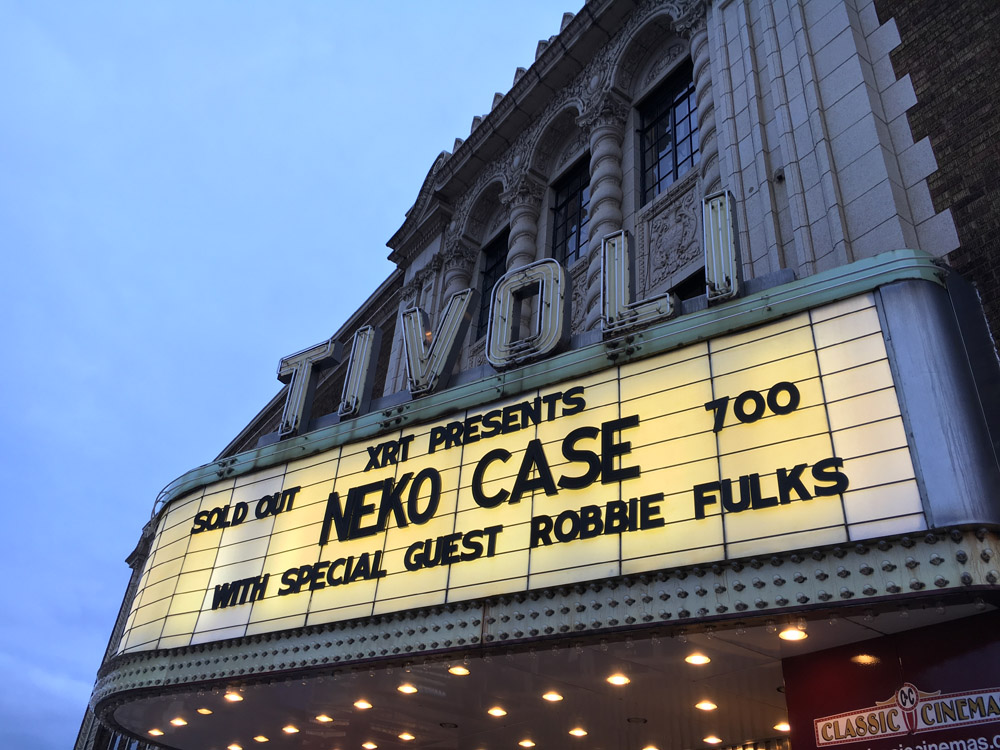 Neko Case said she was playing “deep cuts” at her concert Feb. 25 at the Tivoli Theatre, a grand old cinema in suburban Downers Grove. And indeed, Case performed several obscure tracks from her catalog, which is brimming over with so many shining gems of songwriting, singing and instrumental arrangement. The selections at this show even included a couple of songs from Case’s Canadian Amp EP.

Case is touring to support the recent boxed set that colects all of her albums into one deluxe package — Truckdriver, Gladiator, Mule — so this felt like an opportunity for her to dig through her repertoire.

She played with her longtime musicians Jon Rauhouse (on guitar and pedal steel) and Tom Ray (on upright bass), along with guitarist Eric Bachmann (the lead singer of Crooked Fingers and Archers of Loaf, who has been a member of Case’s touring band for a few years now). And of course, harmony vocalist extraordinaire Kelly Hogan, along with a few appearances by Nora O’Connor. But no drummer — just tambourine shakes and other minimal touches of percussion. That gave the performances a loose, unplugged feeling at times.

Case’s sense of humor was as charming and off-beat as it’s ever been. Indeed, I wondered if any audience members who weren’t accustomed to her stage banter knew what to make of it at times, especially when got amusingly scatological. For my part, it was a confirmation that this is the same delightful eccentric I first saw performing onstage at FitzGerald’s back in 2000.

The concert came to a breathtaking end with the second encore. Case and Hogan walked back out onto the stage and sang the a cappella duet “Nearly Midnight, Honolulu.” It was nearly ruined by the inappropriate laughter of a few audience members reacting to the vulgarity in the lyrics — the line where Case and Hogan sing, “Get the fuck away from me!” That might seem amusing if you don’t know that the song is about a mother yelling that at her young child. But then the rest of the song silenced the crowd, as Case delivered those beautiful final words directed at the child she’d seen: “But don’t you ever shut up please/Kid, have your say/’Cause I still love you/Even if I don’t see you again.” It was a goose-bumps-raising moment.

SET LIST: Outro With Bees / Hold On, Hold On / Bought and Sold /
Man / Vengeance Is Sleeping / Ghost Wiring / This Tornado Loves You / Look for Me (I’ll Be Around) / Nothing to Remember / Andy / Blacklisted / I’m From Nowhere / Night Still Comes / At Last / City Swans /
Duchess / The Needle Has Landed / Middle Cyclone / Maybe Sparrow

Another thing that made this evening special was the opening act, Robbie Fulks. Yes, I have seen Fulks a ton of times — probably more than any other performer — largely because of the shows he’s been playing at the Hideout on most Monday nights for the past six years. So it was nothing novel for me to see him performing yet again. But it was great to hear Fulks playing the songs from his forthcoming album, Upland Stories, with a full band (including Nora O’Connor’s singing on several songs). I’ve heard Fulks’ new records, and it’s one of his best. His singing at the Tivoli Theatre show was especially impressive, showing a wide range from subtle quiet turns of phrase to long, sustained country hollers.

I also saw Fulks signing several of the new songs in a session Monday, Feb. 29, at the Hideout, which was filmed for a video. Later the same night, Fulks performed a fun tribute show to Alex Chilton, playing with Liam Davis, Casey McDonough and Gerald Dowd. 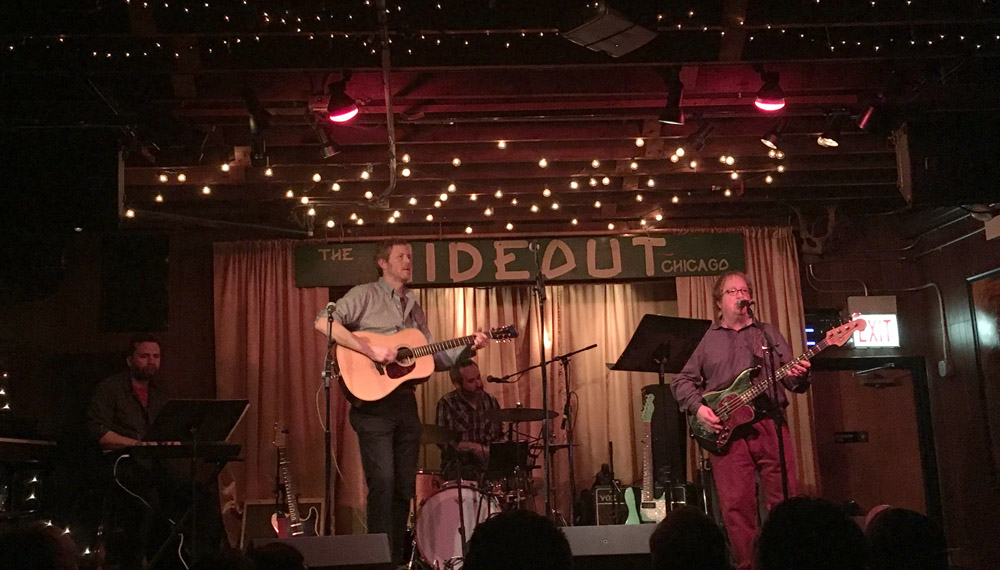