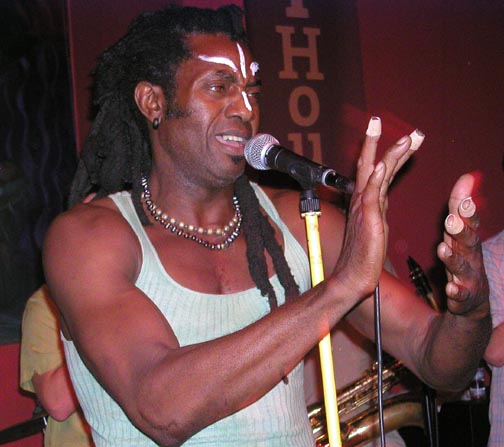 Antibalas sounded glorious all night long at the HotHouse, reviving the funky sounds of Fela Kuti  and driving them into the future with their own twists on the Afrobeat tradition. It’s a rare joy to see such a great horn section in action, and Antibalas also has one of the coolest keyboard players around, Victor Axelrod. Those solos on the electric piano are dynamite. It was also cool watching the guitarists and bassist getting into grooves that you just wanted to go on and on. Whether he was having his way with congos or leading the band (and audience) in a chant, Amayo was an entertaining frontman.

Make sure to check out the new EP, Government Magic, which has five very strong tracks. It’s for sale only at www.antibalas.com.