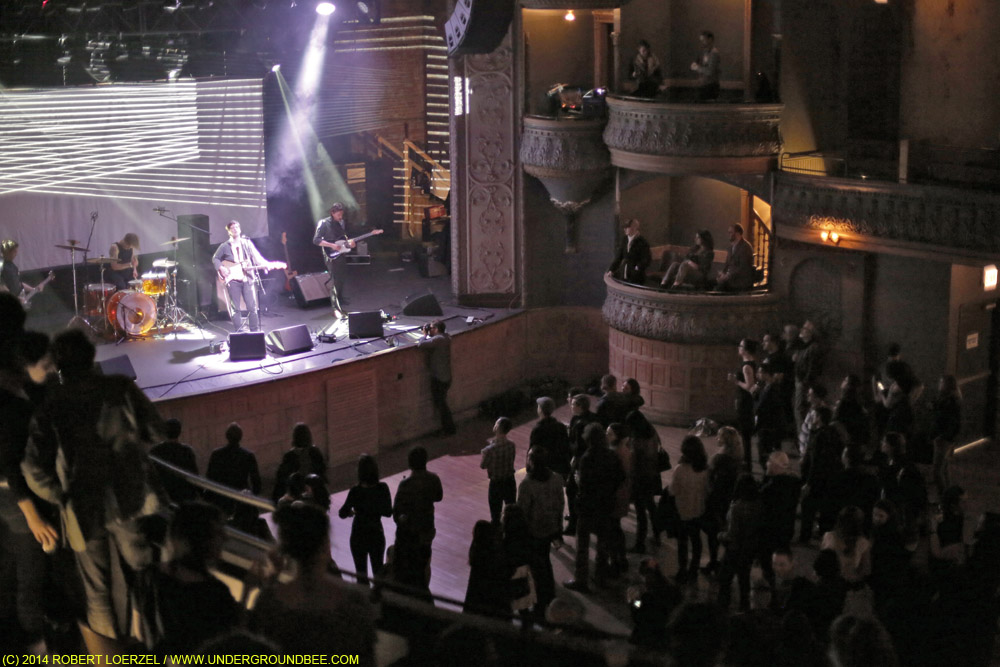 Thalia Hall, a major addition to Chicago’s roster of live music venues, opens Wednesday with its first public concert: a show by Panda Bear. Located inside a gorgeous 1892 building at 18th Street and Allport in Pilsen, the historic theater has been dormant for decades, but its new owners — Bruce Finkleman of the Empty Bottle and Craig Golden of Evanston SPACE — are bringing it back to life. I wrote about their work on the venue in an article last October for Crain’s Chicago Business. (The Chicago tribune’s Steve Johnson also wrote about Thalia Hall in this article published Friday, May 16.)

Although the venue doesn’t officially open until Wednesday, I got a look inside last night, May 16, when Thalia Hall invited some folks to a concert by two local bands, Bare Mutants and Disappears. My first impression: This is a real beauty of a room, with some lovely ornate architectural details and — at least for now — a few touches of decay that seem appropriate for a rock venue. (That peeling paint on the walls up in the balcony may eventually get spruced up, however.)

The sight lines are excellent, whether you’re standing on the main floor looking at the stage — which is fairly high, maybe 4 1/2 feet up from the floor — or if you’re watching from the balcony. The upstairs is cleverly designed, with short, stepped tiers that should make it possible for you to see over whoever is standing in front of you. The stage is pretty large — around the size of the stages at Metro and the Riviera, with lots of space behind the band. And the ceiling is quite high. The room looks like it could hold 1,000 people. There’s a cool bar area upstairs, in a separate room from the main balcony.

On Friday night, the sound of Bare Mutants and Disappears’ rock was pretty good wherever I was standing in the room, though the real test will come over time as musical acts with widely varying styles and dynamics play in the room. Real concerts will also test what sort of venue this turns out to be. What it’ll feel like when it’s filled with people for a sold-out show? How will crowds tend to move around in this space? And how will audience members behave — a factor that the venue owners only have so much influence on?

I realize now that I failed to take any pictures yesterday of the building’s fabulous exterior, so here’s one from the Thalia Hall website: 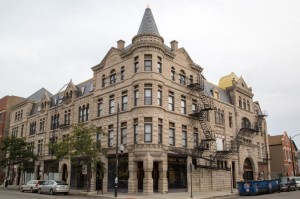 And here are some photos I took at last night’s preview concert: 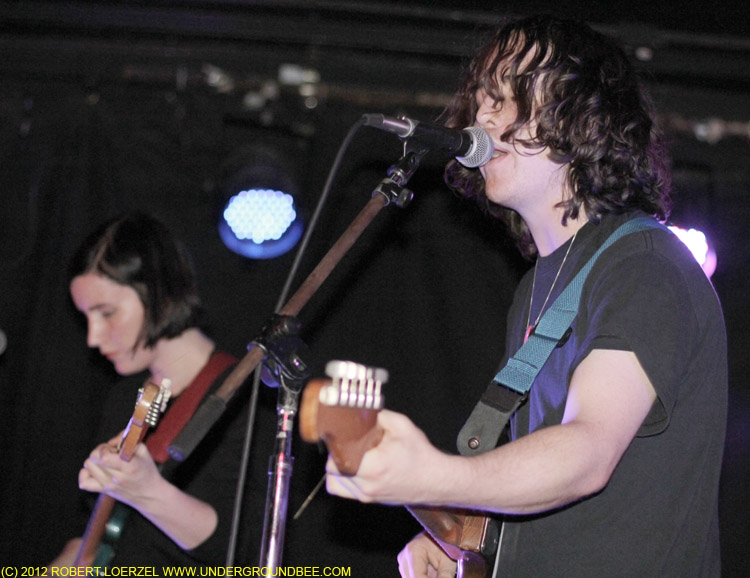 Ty Segall and Thee Oh Sees played a couple of shows last Friday (Sept. 28) at Logan Square Auditorium, along with Chicago’s Bare Mutants as the opening act. And a raucous, good time it was (despite the typically muddy sound for this venue) … making up for the Pitchfork Music Festival’s cruel decision earlier this summer to schedule Segall and Thee Oh Sees on different stages at the same time.

My photos and video:

Also, check out the video of Ty Segall’s wild appearance on WGN-TV’s morning news show on Monday (Oct. 1), which prompted one startler viewer to comment on WGN’s Facebook page: “what in the heck was wrong with that ‘band’ u had on … where the bone head just kept screaming Chicago?????”