I’m a couple of months late with this year-end list, but that’s how long it took for me to catch up on some of the 2011 films I’d missed earlier. My rules for what qualifies as a 2011 film: If it screened in Chicago last year — even at a film festival or a one-time screening at a place like the Gene Siskel Film Center — I think it counts.

I had no theme in mind as I compiled this list, but when I looked at the still photos from my top 10 films, I realized how many of them focus on children or teenagers. Orphaned or abandoned or overlooked, starved for attention and affection, these characters (and in some cases, real people) are looking for father or mother figures, or just someone who will treat them like human beings. Some of the adults in these films are on a similar quest, seeking to make meaningful connections with other people.

Looking at these films as a group, I wonder what their characters would say to one another? What advice would the heroes of The Interrupters give to the feuding families in A Separation, the impoverished Brits who live in the public housing called The Arbor or the death-row inmates of Into the Abyss? Would Belgium’s Kid With A Bike become fast pals or playground rivals with the French clock-fixing Hugo and the boys in Play and Tree of Life? 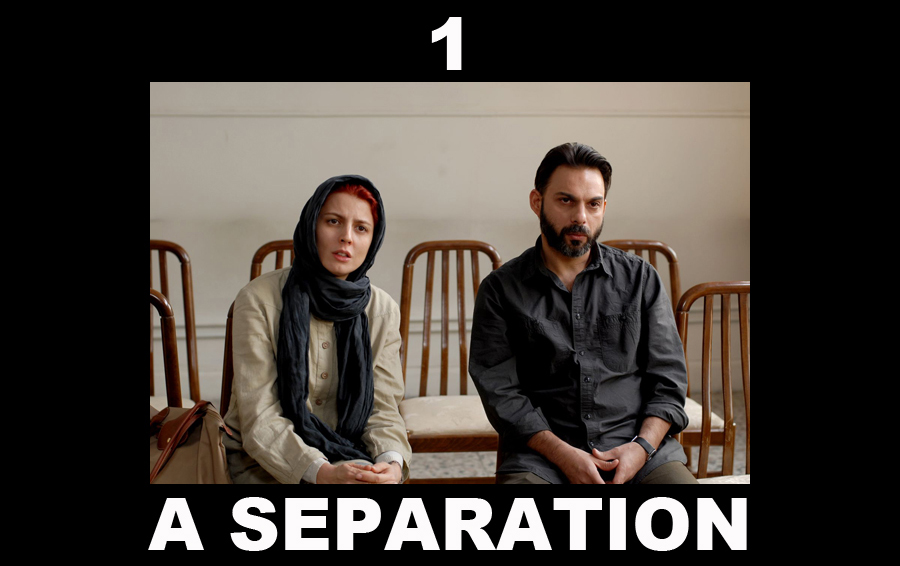 Utterly gripping from beginning to end, director Ashgar Farhadi’s A Separation is also a completely convincing drama of a complicated conflict focused on two families. Each character’s viewpoint is part of the picture. Like other great Iranian films, A Separation is both a telling document of life in today’s Iran as well as a story with universal elements that transcend that specific time and place.

The Interrupters is heartbreaking, inspiring and thought-provoking. It’s a call to action, but it isn’t a lecture. Filmmakers Steve James and Alex Kotlowitz created a documentary that plays out as a subtle, multilayered narrative, people with compelling real-life characters.

Director Clio Barnard’s The Arbor is like no other documentary. Is it even a documentary? Its visual side is more like a dramatization, with actors appearing on the screen, but they’re lip-synching to audio recordings of the real people this film is about. The effect is surreal and unsettling. It’s a sad and disturbing tale of life on the fringes of England’s society, and it’s doubly fascinating as an exploration of art and real life reflecting and remixing each other.

In the latest film directed by Belgian brothers Jean-Pierre and Luc Dardenne, The Kid With a Bike, a troubled boy hurtles down streets on his bike with manic energy and emotion, while a benevolent woman tries to give him something more like a normal childhood. It’s realistic enough to be a documentary, but with passages of swelling music that emphasize the moral lessons. In this touching and compassionate film, the emotions are completely earned.

Swedish director Ruben Östlund’s Play is a perceptive and complex film about anti-social behavior. It vividly evokes the feelings of fear children feel when confronted by bullies. Also on display are the fearful attitudes that some white people in Sweden have toward darker-skinned immigrants living among them. The victims here are white, and the delinquents are black, but very little here is explained in black and white terms. 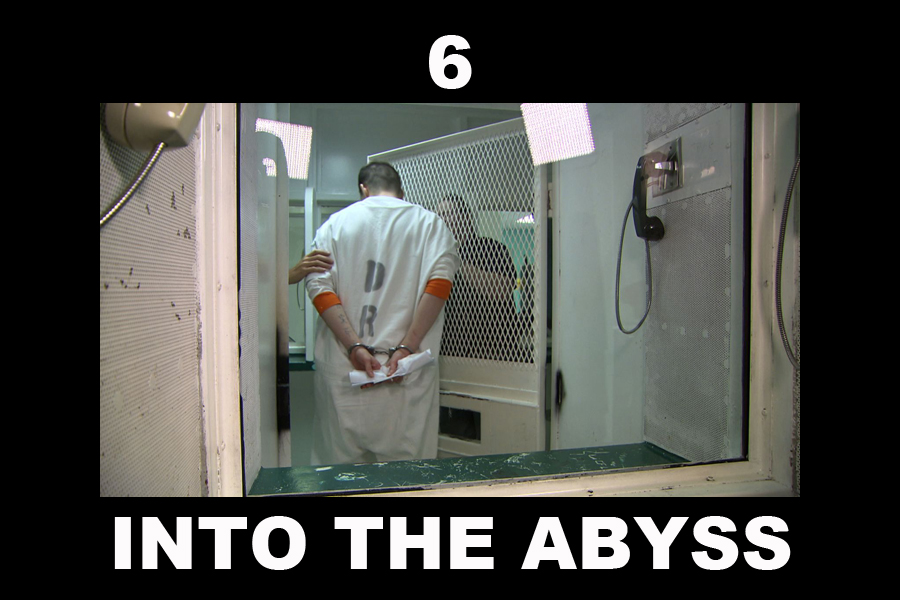 Werner Herzog received a fair amount of attention last year for his intriguing 3-D documentary Cave of Forgotten Dreams, but he made an even better film. Into the Abyss is his straightforward, matter-of-fact documentary about a callously cruel crime spree that landed its perpetrators on death row. Herzog’s interviews with the key participants in the story reveal a truly tragic tale. 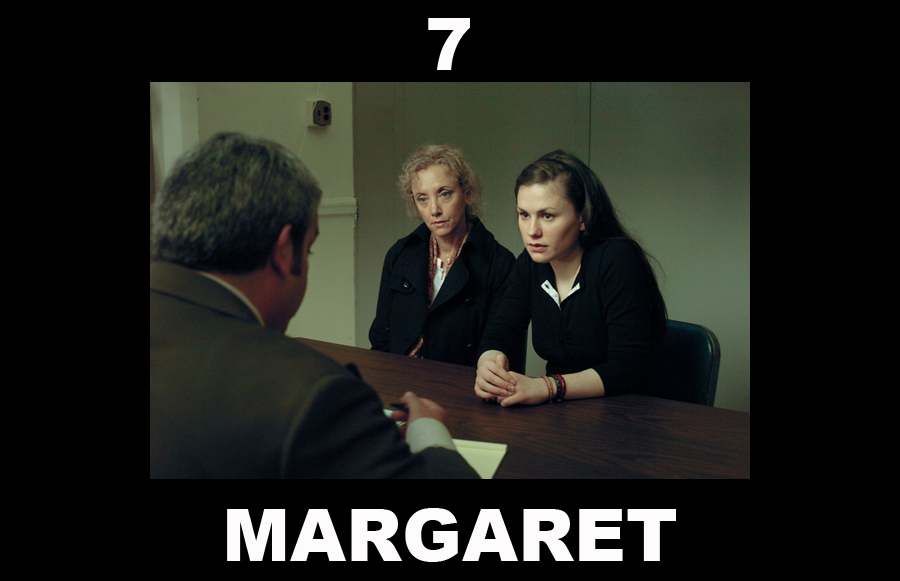 Director Kenneth Lonergan’s Margaret finally got released, several years after it was filmed, and then it promptly disappeared from theaters. Anna Paquin is excellent as a teenager who witnesses — and to a great extent, causes — a fatal traffic accident. The moral struggle and turbulent emotions she faces in the tragedy’s aftermath are the obsessive, driving force of this intense drama. 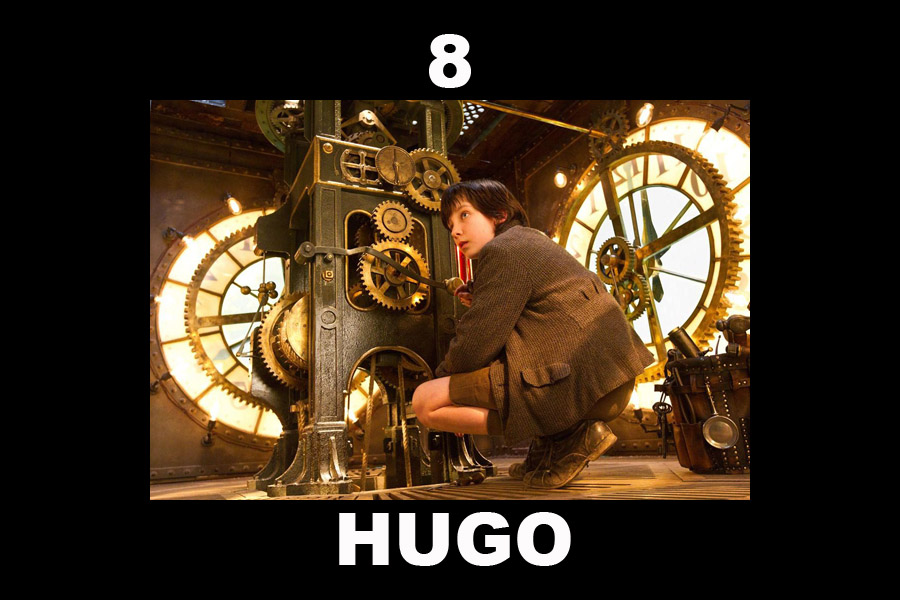 Director Martin Scorsese’s Hugo is the closest thing on my list to a mainstream movie designed for pure entertainment value. And it surely is a marvel of 3-D cinematography. It’s also a lovely ode to one of the earliest filmmakers, Georges Melies. And like many of the other films on my list, it shows you the world through the eyes of a child. And what a delightful vision it is.

Sex, obsession, religion, sensational journalism, dog cloning… Tabloid is another terrific example of documentary director Errol Morris’ distinctive filmmaking style, which amuses with its quirkiness even as it offers some illuminating insights in the strange things that people do.

Director Terrence Malick’s The Tree of Life is more of a poem or a painting than a typical narrative movie. The visionary tangents are beautiful, if sometimes mystifying. A story of sorts eventually emerges — a fragmented story reflected through countless mirrors — about a boy’s strained relationship with his father. Russian directors Andrei Tarkovsky and Aleksandr Sokurov have made similarly strange, slow, symphonic films, but this one may seem odder because it was made by an American studio.