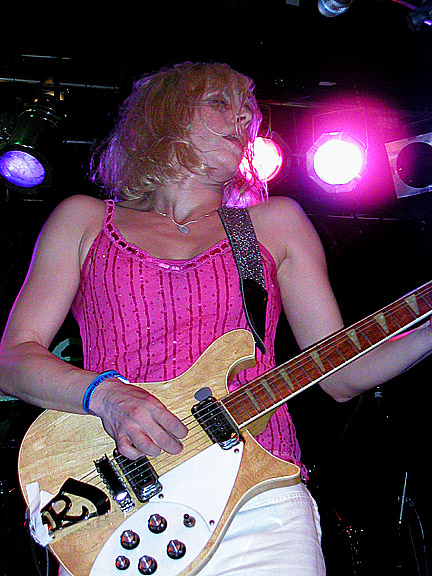 Bettie Serveert is a good band on CD, even better in concert. Of course, as I mentioned in my previous Bettie Serveert concert report, lead singer Carol Van Dyk offers plenty of, um, visual distraction, but the music is also excellent… more lively, real and raw than most of the band’s studio CDs have been able to capture. Van Dyk (or is it Van Dijk? Depends on which CD you’re looking at) was performing tonight with a cold, but no one would have noticed much difference if she hadn’t mentioned it.

Guitarist Peter Visser plays with quite a spread of effects pedals laid out in front of it (and no monitors), but he uses those pdeals for fairly subtle changes in the sound of his guitar. His guitar did not brush against my head this time, though it did come close…

After playing their cover of the Bright Eyes song “Lover I Don’t Have to Love,” Van Dijk and Visser said Conor Oberst complimented them on their version after seeing them at a concert in New York. Visser laughingly recounted Oberst hugging him and calling him “brother” at their first meeting, which led Visser into a little speech about how wonderful the world would be if everyone hugged everyone else and called him brother. (You have to imagine this being said with a Dutch accent.)

Bettie Serveert closed with a teriffic version of the Velvet Underground’s “What Goes On.”

This was yet another Abbey Pub show with three opening bands, which I easily could have skipped. Not that any of them were actually bad… Just nothing that stood out too much. The singer known only as Tristen sang well, but her songs were not distinguished. Nomad Planets played good countrified ’70s-style guitar rock, and Braam … I’m not sure how to classify that band, but it did have a decent-size contigent of fans on hand. 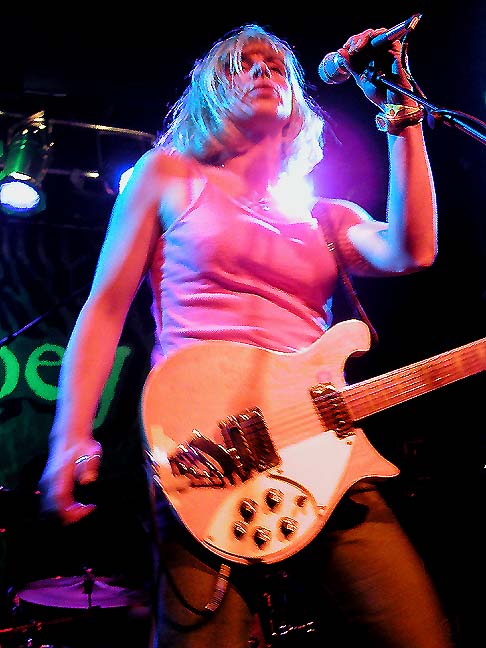