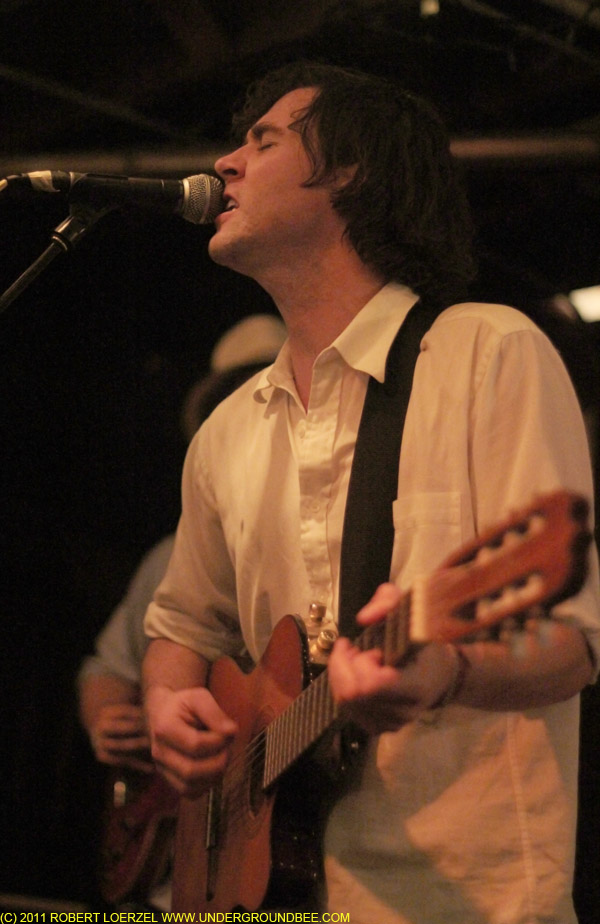 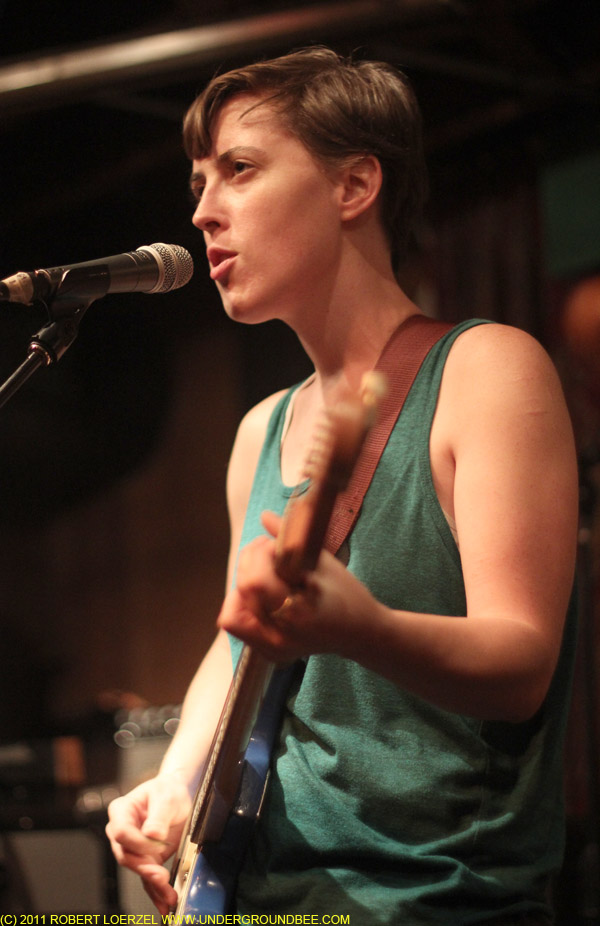 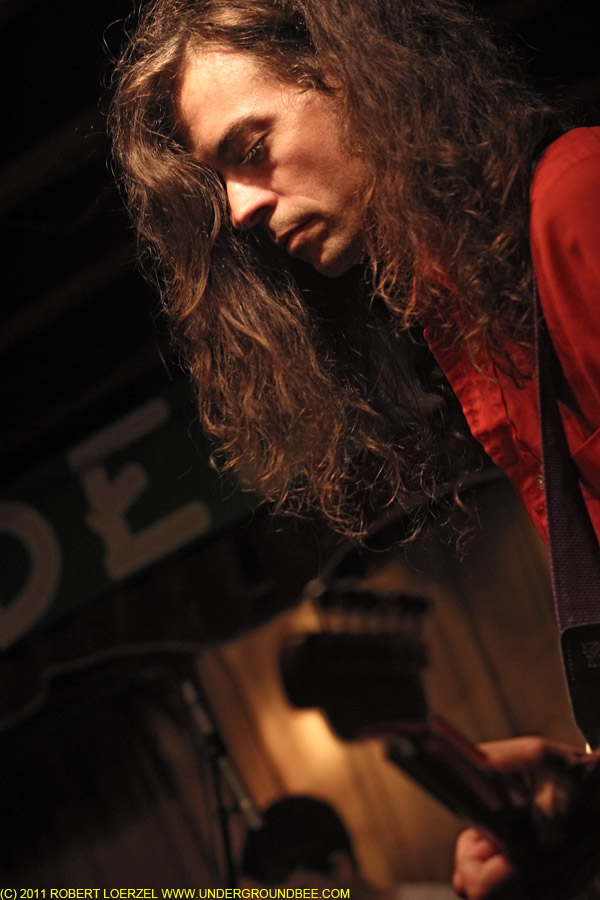 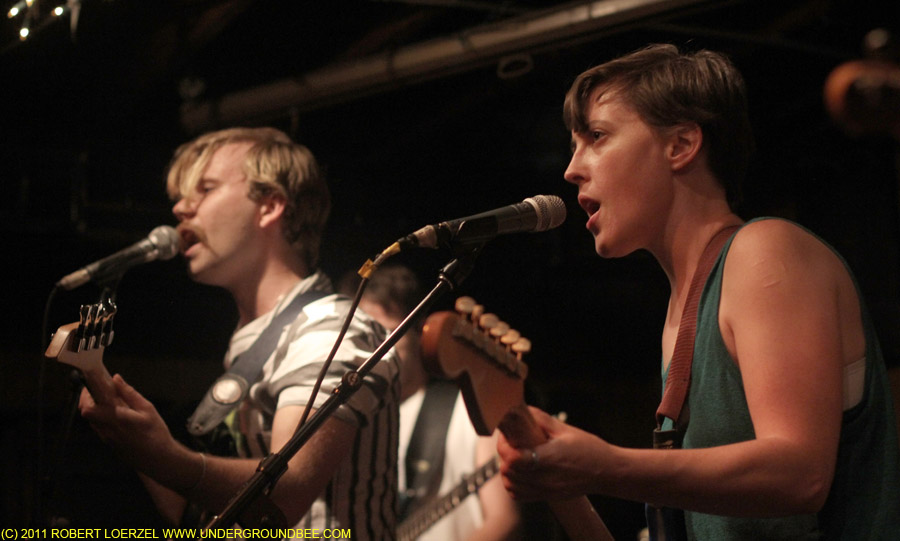 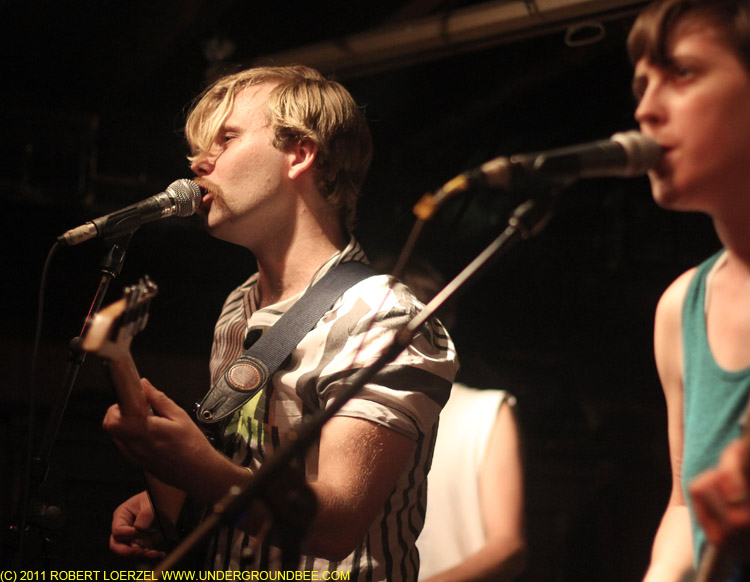 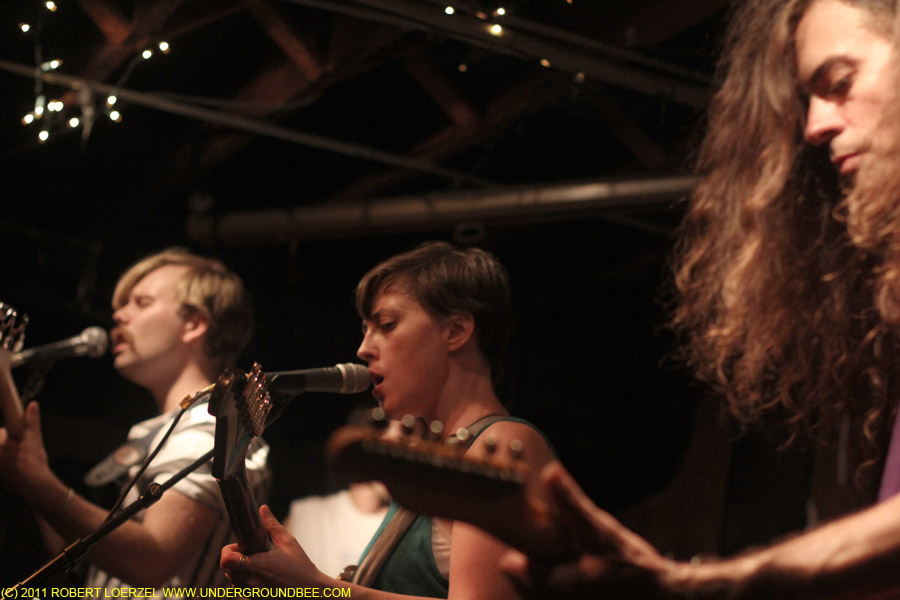 The summer street-festival season is now officially on in Chicago. And that means you’ll have lots of opportunities to see some great music for next to nothing out in the open air. (Some not-so-great music, too, but there’s so much good stuff, let’s not complain too much about the stuff we don’t like.) In fact, between these street festivals and all of the cool concerts planned at Millennium Park, you can practically fill your whole music calendar this summer without spending more than a few bucks here and there.

The Do-Division Festival, which featured music programmed by the Empty Bottle, had a strong schedule both days this past weekend. I missed the fest on Saturday, but from what I hear, the Handsome Furs and Viva Voce put on rocking sets. On Sunday night (May 31), I caught the Do-Division sets by White Rabbits and Menomena. Both bands make creative use of keyboards and percussion. White Rabbits remind me a bit of Spoon, so it seems appropriate that Spoon’s main man, Britt Daniel, produced the group’s latest record, It’s Frightening. I’m just getting used to that record, and so far, my favorite track is a mostly mellow song called “Company I Keep,” and that was one of my faves at the concert, too. The Rabbits kept most of their songs rollicking along thanks to all that drumming and percussion.

I wasn’t sure how much of a following Menomena has, but judging from the size of the crowd and the way people reacted to songs, clearly showing their familiarity with the tunes, I guess they are getting popular. At least, on a cult band level. If I’m not mistaken, all of the songs they played were from their 2007 record Friend or Foe. It seems like it’s just about time for a record with some fresh material, but it was still just fine and dandy to hear the indelible songs from that album once again. All three members of the band sing at various times, and while there is some guitar, the sound is anchored more in drums, bass, keyboards and the occasional sax. Menomena has its own distinctive sound, although at moments the trio reminds me of Mercury Rev or the Flaming Lips. Those 2007 songs are holding up really, really well after two years of listening… Now, how about for some new ones?

Photos of White Rabbits and Menomena.

After Do-Division wrapped up, I headed over to the Hideout, where Cass McCombs was headlining. It turned out to be one of those great nights at the Hideout when all sorts of things happen. First of all, it was nice to see Hideout co-owner Tim Tuten back in town, even if he was just here for a weekend break from his new job working for Education Secretary Arne Duncan. There Tim was, back in his old confines, helping his wife, Katie, set up tables and chairs in the music room and holding forth on the stage in a plaid shirt. Seemed like old times.

The evening at the Hideout got off to a good start with country rock by Rachel Eve. Her voice and melodies sounded nice, especially when the band rocked a little bit behind her. Then came the trustworthy local troubadour, Judson Claiborne, with a strong set of his original songs. In between the musical acts, there was some Andy Kaufman-esque comedy. A highlight was the strange performance of a “band” called Relevant Hairstyles actually just a monologue about describing a band that did not actually play. The bit had some brilliant moments.

Cass McCombs, who had a terrific album called Dropping the Writ a couple of years ago, is getting ready to release a new CD, and he mixed old and new songs in his set. Those Writ tunes are the ones that really grabbed me, but a couple of the new ones sounded great, too. Cass brought his own lights, which cast a sort of shifting techno-glow onto the stage, a bit odd in the honky-tonk environs of the Hideout, and he went over to the venue’s old piano for a couple of songs. Overall, it was a good show in an intimate venue by an artist who seems like he’s destined for bigger things.