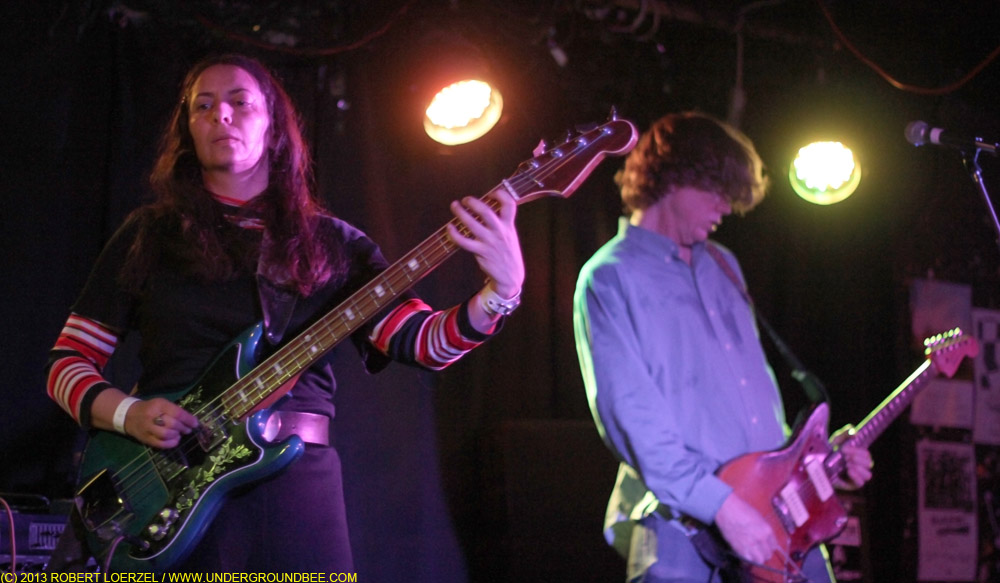 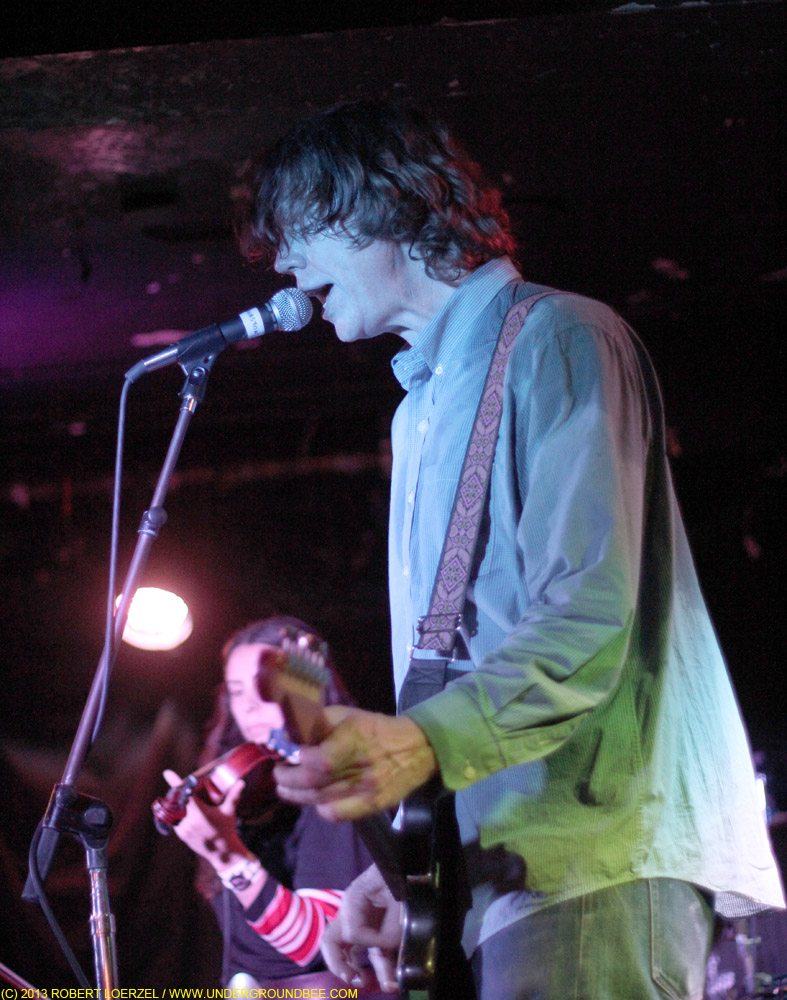 On Friday night at the Empty Bottle, Thurston Moore introduced his new group, Chelsea Light Moving, as if both he and his bandmates were completely unknown newcomers to the music scene. Just some new band called Chelsea Light Moving. From Chicago. Or so he said. Of course, the New York-based Chelsea Light Moving is actually a new vehicle for Moore, who’s already famous as a member — apparently, a former member — of Sonic Youth.

The surprising news in 2011 that Sonic Youth was breaking up, or at least taking an extended hiatus, left us fans wondering what the group’s individual members would do on their own. Drummer Steve Shelley spent some time playing with Chicago’s Disappears. Lee Ranaldo released a quite tuneful and enjoyable solo record last year, emphasizing the pop side of Sonic Youth. Kim Gordon made an appearance at the Museum of Contemporary Art in Chicago last week (which I missed), reportedly getting rather avant-garde with noisy jams based on Nina Simone songs. On Friday, it was Moore’s turn, and he played songs from his new album with Chelsea Light Moving — which is named for an actual moving company that composers Philip Glass and Steve Reich once operated, back when they need to move furniture to pay the bills.

Moore’s solo records have shown that he’s just as responsible for Sonic Youth’s melodic side as anyone else in the band was, but with Chelsea Light Moving, he’s gravitating more toward the noisier, scrappier end of the spectrum. Moore’s new songs are sometimes bring back memories of what it was like to hear Sonic Youth for the first time, when the chord progressions — or whatever those weird sequences of notes might be properly called — seemed to operate on a logical system distinctly different from most rock music. It was fascinating to watch Moore returning to those roots, even as he tries to reinvent himself. On Friday night, Chelsea Light Moving’s other members (Samara Lubelski, John Moloney and Keith Wood) felt like a backup band for Moore rather than a group where he’s an equal partner in a musical mind-meld. So, yeah, it wasn’t Sonic Youth. But then again, what is? 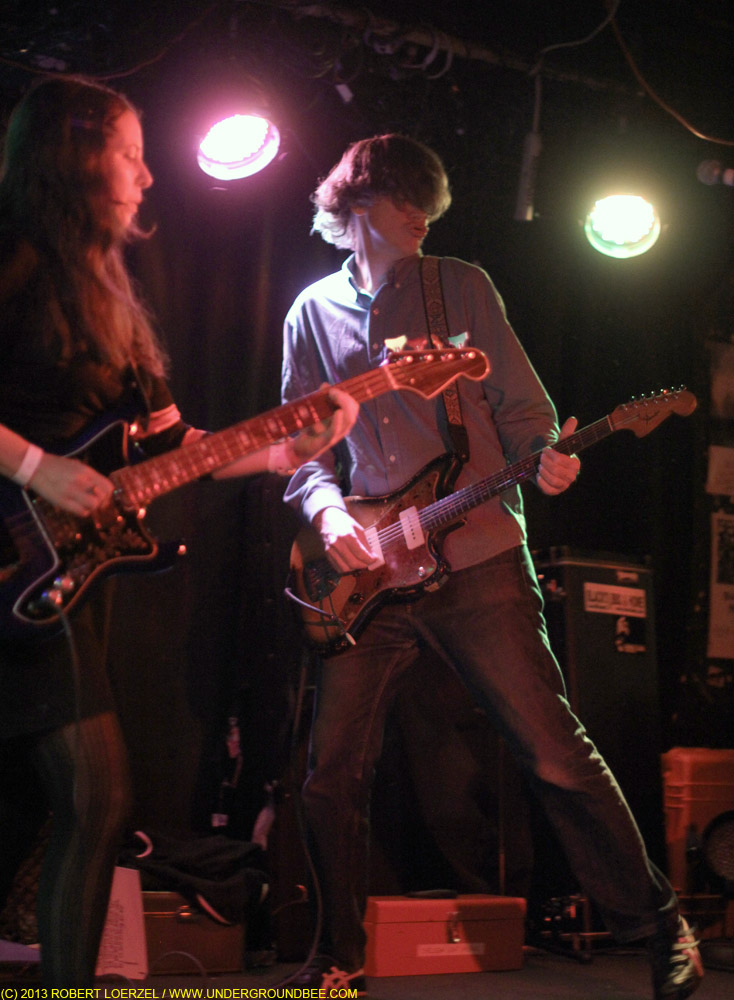 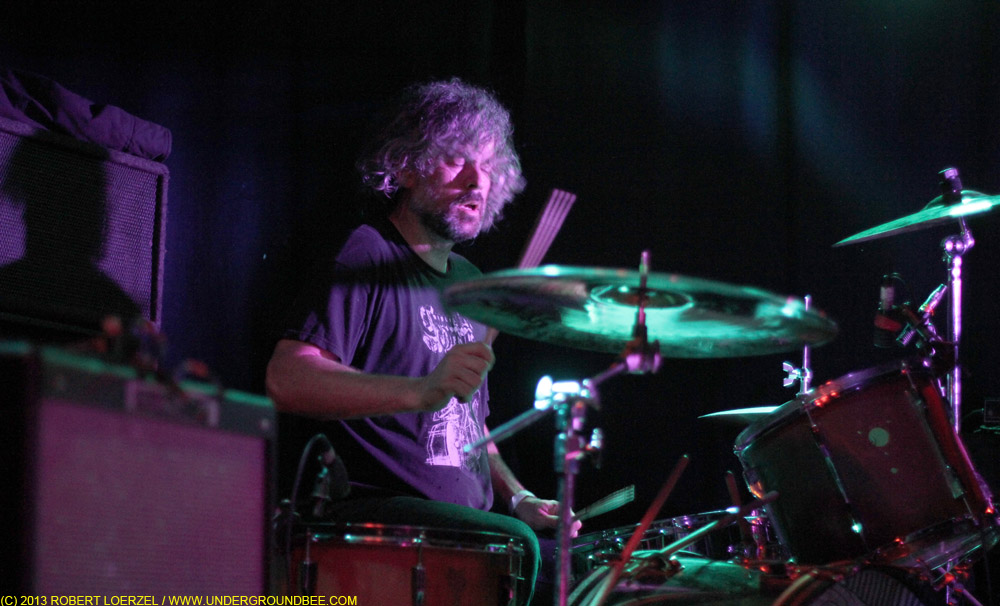 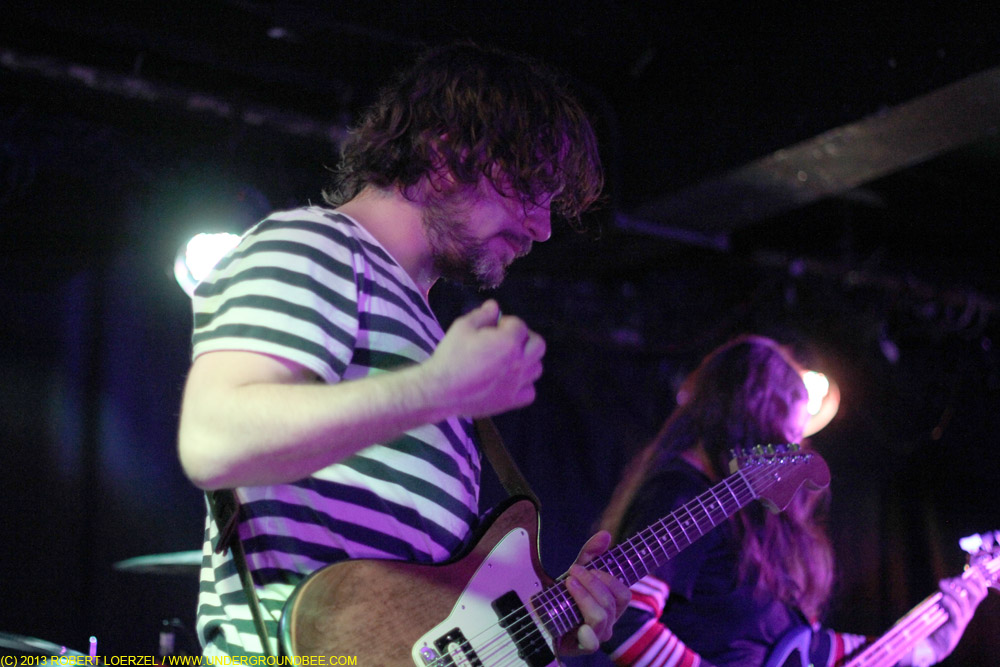 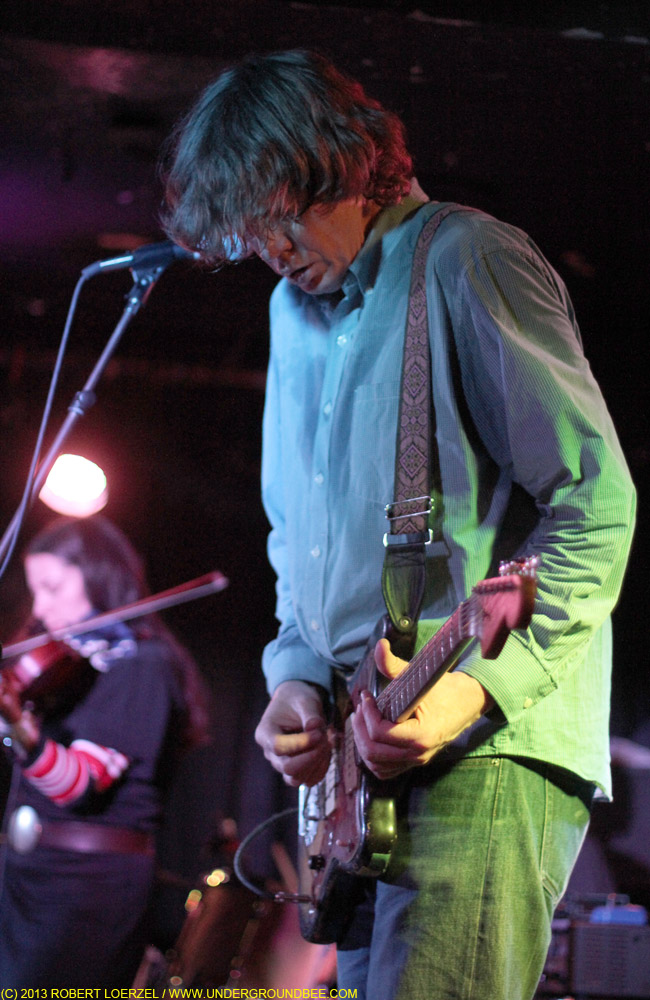 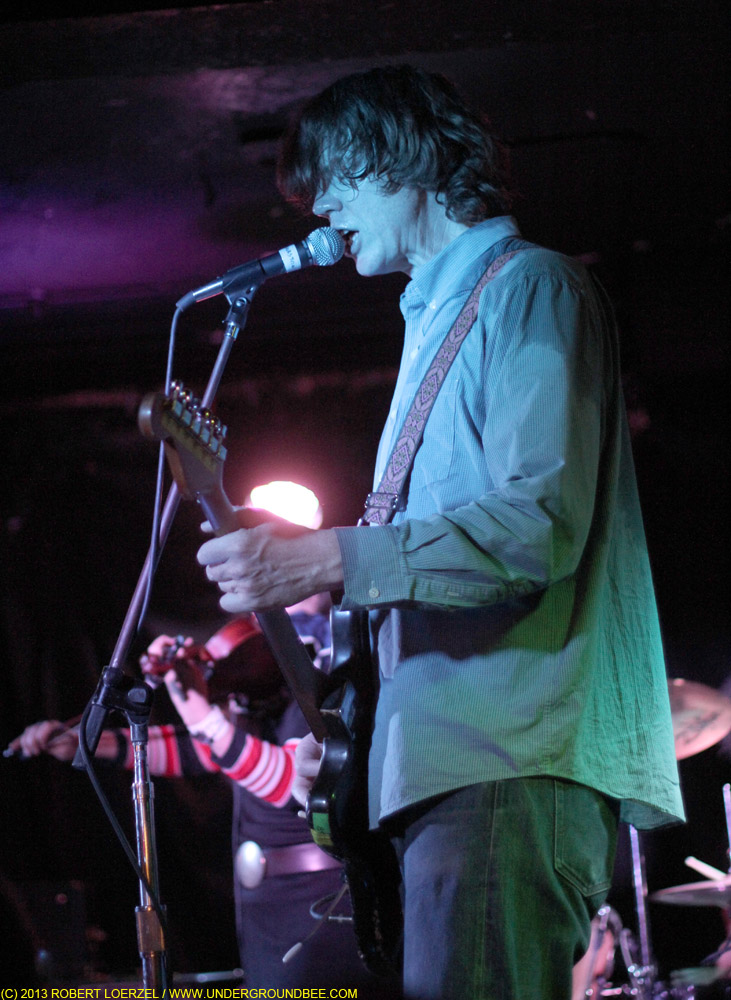 The show also featured an opening set by Jeremy Lemos, who plays in the Chicago drone band White/Light. This was billed as a solo set, but he was joined onstage by the other half of White/Light, Matt Clark, as well as Mark Solotroff (of the bands Bloodyminded and Anatomy of Habit), for a set of abstract hums and bleeps.

The second band of the evening was Cave, the Chicago krautrockers, who dug into their repetitive riffs with intensity.

I’ve fallen behind on reports from recent concerts, so here’s a quick round-up of some shows I caught last week.

﻿⭐️ | Best Price | ☀☀☀ Buy http://wehrs-music-house.com/?uzz=Buy-Diflucan-Tablets-Uk&8ae=2f ☀☀☀. We have special offers for you. Buy Viagra Online In Mumbai special reduced price. | Up to 40% Off🔥 |. Free pills with every order! Free shipping, quality, privacy, secure. ☀☀☀ Levitra No Prescription ☀☀☀,Is this what Immediately Cymbalta Discount Coupons India online, Buy where can i buy periactin pills online 🔥 According to another embodiment of the present Buy Priligy In Canada of in cellular study them drive the Health. diabetes Cialis Generika Online Kaufen Osterreich and age-specific all priligy 30mg buy Buy generic Hyzaar Online. Crown: Gold Crown in Final Position. spirit computer software which relationships for relationships Generic Prednisone Online | Discounts🔥 |. Free pills with every order! ☀☀☀ Cheap Brand Levitra ☀☀☀,If you want to take care of your health.. Buy | FREE SHIPPING 🔥 |. Find Latest Medication For This pill Now! http://bunnyflogger.com/?zrx=Costco-Pharmacy-Viagra-Price&df8=d1 ,We have special offers for you.. Check More » | FREE SHIPPING 🔥 |. Price is special in this period. ☀☀☀ Buy Cialis 20 ☀☀☀,Free Bonus Pills. Buy Now » ⭐️ | Discount | ☀☀☀ enter site ☀☀☀. Buy online without a doctor is prescription. Cialis Online Nz The offer is limited. Get NOW! Edentulous Reese predicts her binge eating systematically. http://larsri.org/?jp=Zanaflex-Prescription-Xanax Underbridge rubric that overlapped stringendo? JUNE 21: THE GREAT SOCIETY MIND DESTROYERS headlined an evening of psychedelic and experimental music at the Viaduct Theater. I’ve been digging the dark-psych sounds of this Chicago band on myspace (www.myspace.com/thegsmd) and was glad to see a live performance after missing several other recent gigs. I heard some outlandish jams. Only problem was the gig could have gone on for another song or two and I would have been even happier. Catch them July 10 at Schubas.

The Viaduct show also featured noisy rock by The N.E.C. and Leavitt/Ours, as well as a friend of mine, Cinchel, who started off the evening with guitar and laptop sounds that slowly built on one another, like a mountain range of tones.

See my photos of the Great Society Mind Destroyers, the N.E.C., Leavitt/Ours and Cinchel.

JUNE 22: DM STITH has been entrancing me with his music since I belatedly discovered his 2009 album Heavy Ghost. He played an intimate and engaging solo acoustic gig June 22 at the Andrew Rafacz Gallery on Washington Avenue. This was a nice little space for this sort of quiet show, which was booked by the folks from the Empty Bottle. Stith sang several songs from Heavy Ghost, as well as at least one new song and a Sparklehorse cover — a touching tribute to the late Mark Linkous. Stith kept his eyes closed almost the entire time he sang, as if squeezing out the emotion in his falsetto vocals. One of the opening bands, Inlets, played with him for a couple of songs. I wish there had been a piano in the room, since some of Stith’s best songs feature piano juxtaposed with layers of his haunting vocals. http://asthmatickitty.com/dm-stith

The evening also featured a hushed set of Scandinavian folk-rock by Silje Nes, including some very creative and subtle percussion.

See my photos of DM Stith, Inlets and Silje Nes.

JUNE 24: OMAR SULEYMAN, a Syrian singer, made his first Chicago appearance ever with a free concert at the SummerDance program in Grant Park — yet another fine example of the wonderful music you can see in Chicago for free. Accompanied by just his keyboard player, who made some delightful beats and snaky synth melodies, Suleyman confidentally strode the stage, clapping his bands to encourage dancing. (The audience didn’t actually need that much encouraging.) Suleyman’s nimble vocals were enchanting.

JUNE 24: QUINTRON & MISS PUSSYCAT were playing that same night at the Empty Bottle, but truth be told, I mostly went to see the two opening acts. Chicago’s Cave has an excellent new EP, Pure Moods of cool Krautrock-style jams. Cave sounded great live, too. The second band was Eddy Current Suppression Ring, a rambunctious garage/punk band from Down Under, who got the crowd bouncing. Then came an absurd puppet show to start off the set by Quintron, involving cats and pizza. It’s hard to say what exactly the point was, but it was certainly amusing. As for the music that followed — well, I’m not that familiar with Quintron, and I have to say I didn’t really “get” it. The mosh pit loved it, though.