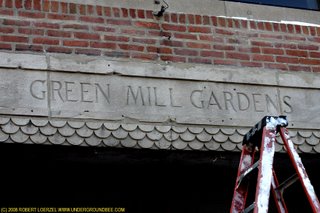 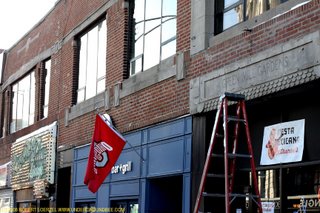 When a book is adapted for the stage or screen, one of the hardest things to capture is the author’s voice. Without a lot of narration, the way the author tells the story tends to disappear. So why not include the actual words on the page? How about every single word? As insane as that idea might sound, it’s exactly what the New York theater company Elevator Repair Service has done with F. Scott Fitzgerald’s The Great Gatsby.

The group’s play, called Gatz, is hardly a straightforward adaptation of The Great Gatsby, however. Performed three times this past weekend at the Museum of Contemporary Art in Chicago, the 6 1/2-hour Gatz presents the odd spectacle of an employee in a drab office who finds a copy of the novel in his desk and then proceeds to read it aloud. At first, the other employees around him seem to be aware of what he’s doing, giving him odd looks. But after a while, they all begin providing the voices for the various characters within the novel. Don’t worry about the logic of this. Of course, the actual office employees wouldn’t know all of those lines without looking at the page. At this point, Gatz is becoming a weird little world with a logic of its own.

It’s a highly conceptual piece of theater as well as a staged reading of the novel. It was a bit like hearing a book on tape mixed with performance art. The milieu of the office reminded me of Ben Katchor’s comic strips, and some humor arose from the way the office workers perform Fitzgerald’s great story. As unconventional as all of this was, it still managed to stay true to the novel. As the narrator, Scott Shephard achieved the Herculean task of reading the whole damn book. Halfway through the show, I marveled at seeing how many pages he had turned. And 45 minutes or so from the end, he set down the book and recited the rest from memory. A stillness descended on the theater for Fitzgerald’s final elegiac passage. It had been a long haul for the audience, with two intermissions and a dinner break, but my attention never lagged, and by the exhausting end of the ordeal, the long standing ovation and three curtain calls felt like the least we could do to honor the amazing performance we’d just witnessed.