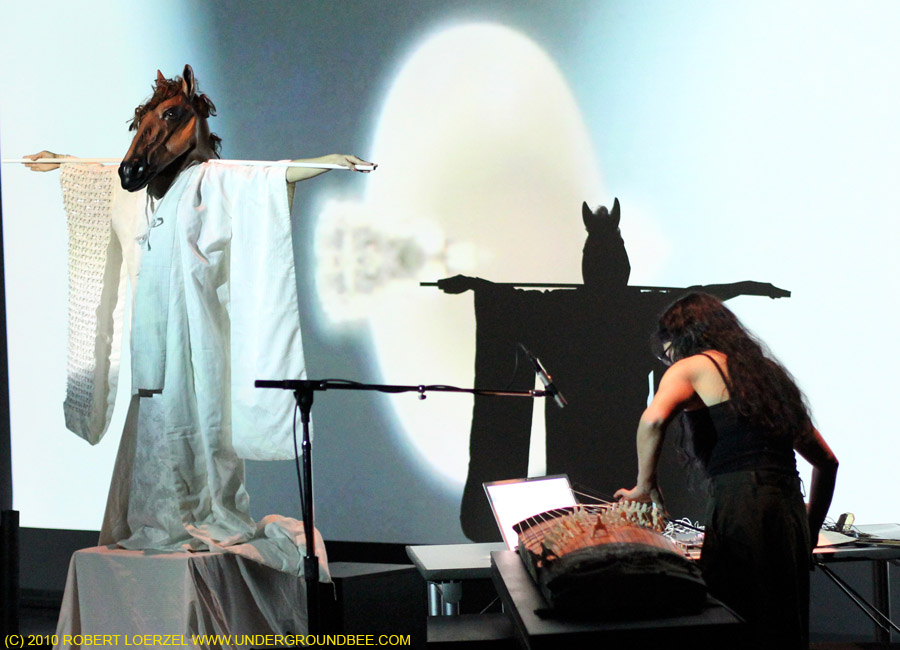 The Creative Music Summit at the Museum of Contemporary Art in Chicago certainly lived up to its name — at least on the one night I was able to attend, Saturday (Nov. 20), a concert that doubled as the 15th anniversary of the Chicago Asian American Jazz Festival. Despite the “jazz” label, this concert was far-ranging and inventive, combining several different strains of music and performance.

The first half of the concert featured Miya Masaoka’s “LED Kimono.” Masaoka played the koto, a traditional Japanese instrument with plucked strings that sounds somewhat like a harp, as well as making sounds with a laptop and electronics. Meanwhile, Arnold Davidson recited text from Luigi Russolo’s “The Art of Noise” in the original Italian. But the focus of attention was Mariko Masaoka-Drew, who stood center-stage with her head covered by a horse’s-head mask. She wore a kimono with LED lights in one sleeve, striking poses throughout the performance. The music was tinkly and abstract — not often offering the listener anything solid to grasp onto. But considered as a piece of performance art — an audio and visual spectacle — “LED Kimono” was pretty interesting. That horse mask and kimono created an unsettling image. 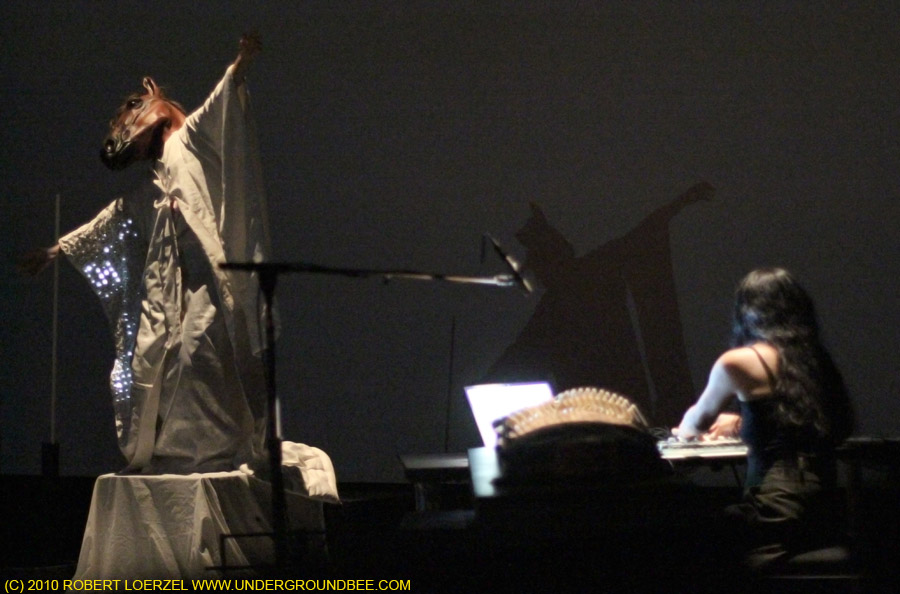 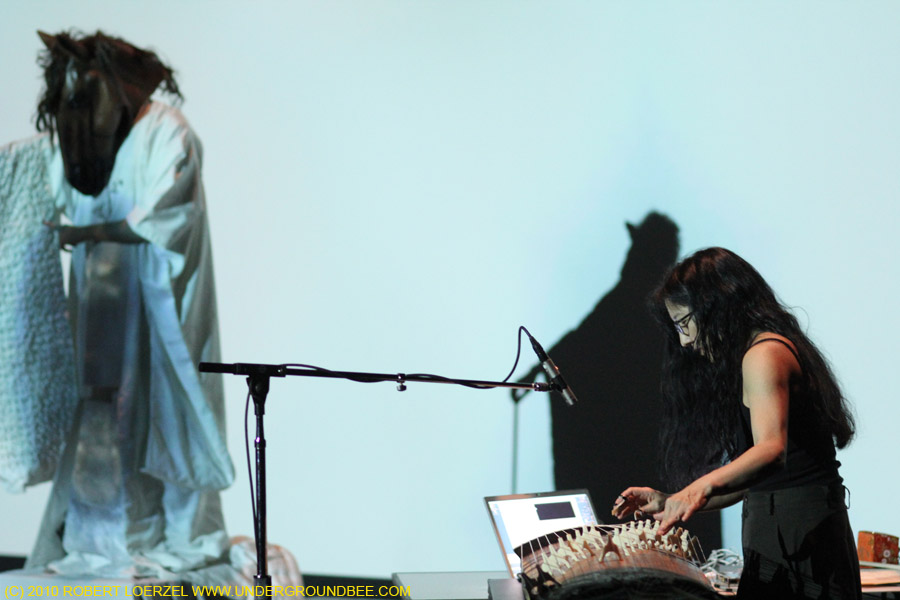 The second half of the concert featured Francis Wong and an ensemble he put together called Legends and Legacies. As the name suggests, the music drew on Asian traditions even as it explored new musical territory. The first piece was “FLUX,” created by percussionist-singer-dancer Dohee Lee. It unfolded like some mysterious, ancient ritual, beginning with dancer Sherwood Chen sitting cross-legged and playing with a bunch of small, thin wooden sticks. Building over the course of what seemed to be several movements, “FLUX” climaxed with Lee dancing and clapping cymbals together.

The ensemble also played Wong’s piece “Shanghai Stories,” which he said was inspired by the stories of his father and grandfather about their days living in Shanghai, including the work they did as jockeys. And then the concert concluded with Wong’s arrangement of “Beyond the Bridge” by the late Chicago jazz legend Fred Anderson.

Throughout all of these pieces, Wong’s Legends and Legacies played a mix of jazz elements (including singing by Dee Alexander and woodwinds by Wong, Ed Wilkerson and Mwata Bowde, violin by Jonathan Chen and bass by Tatsu Aoki) with Asian instruments (taiko drumming by Amy Homma, drumming by Dohee Lee and shamisen by Aoki), as well as avant-garde classical and drone music. The way these various forms of music melded together was impressive and sometimes dramatic. 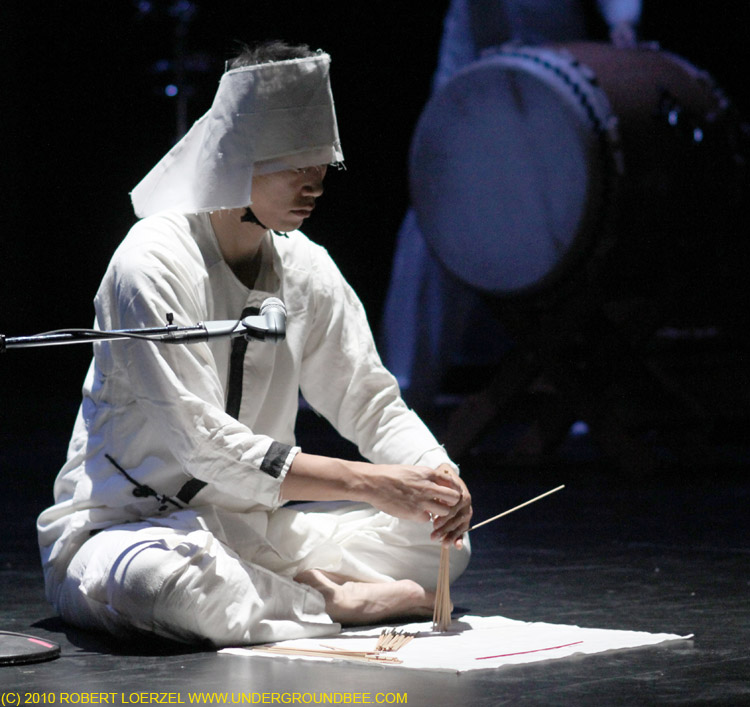 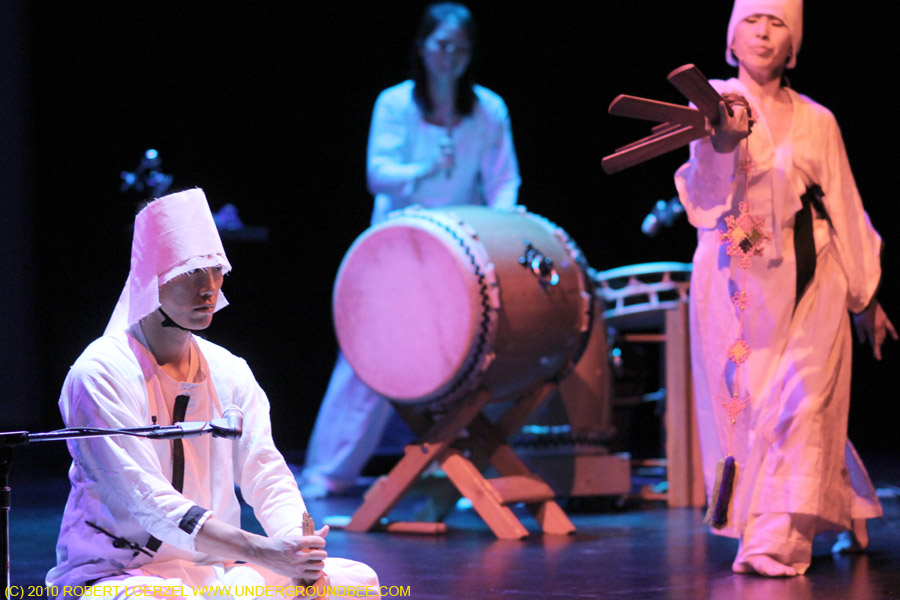 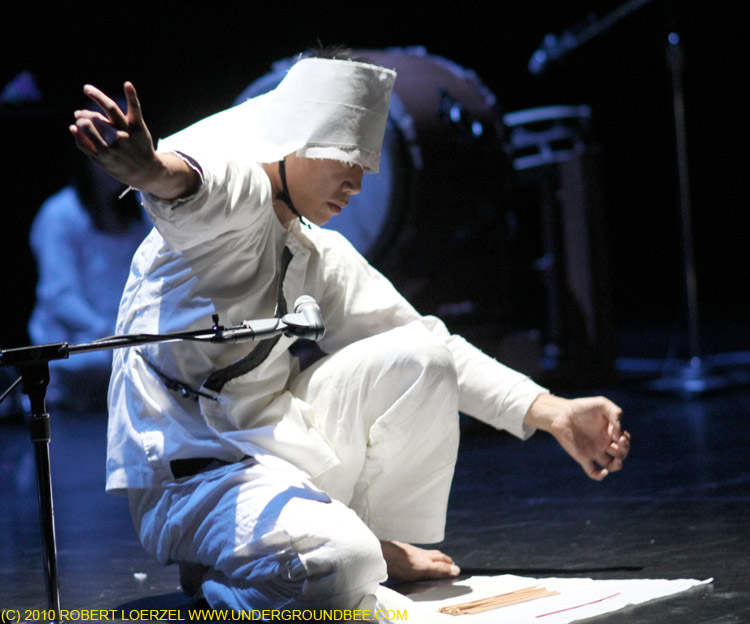 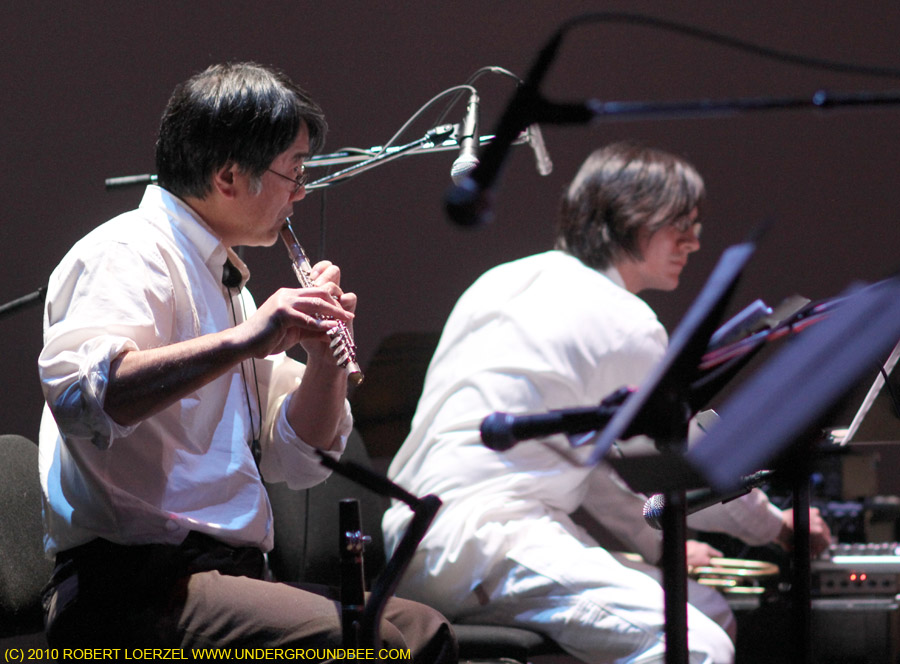 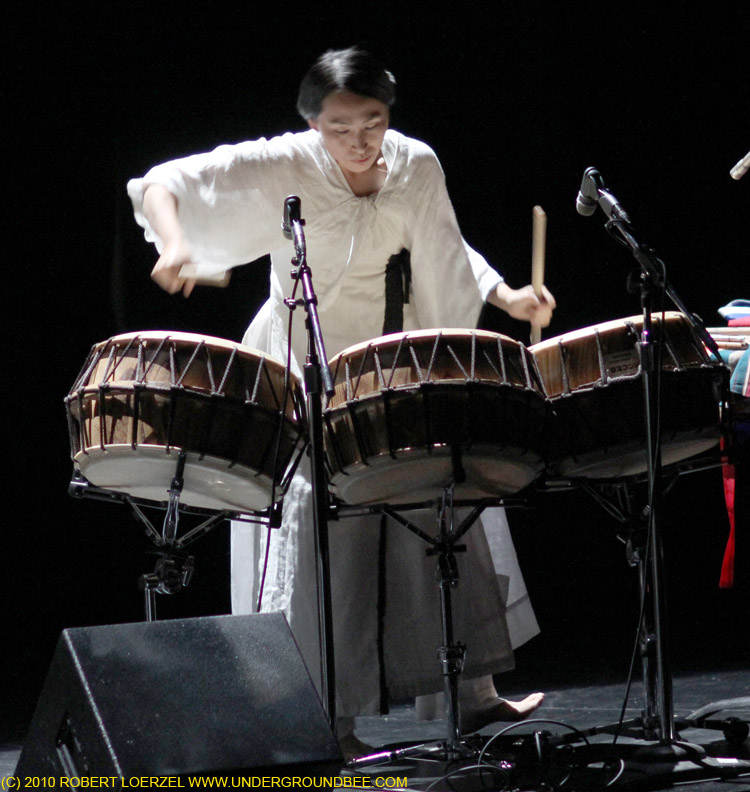 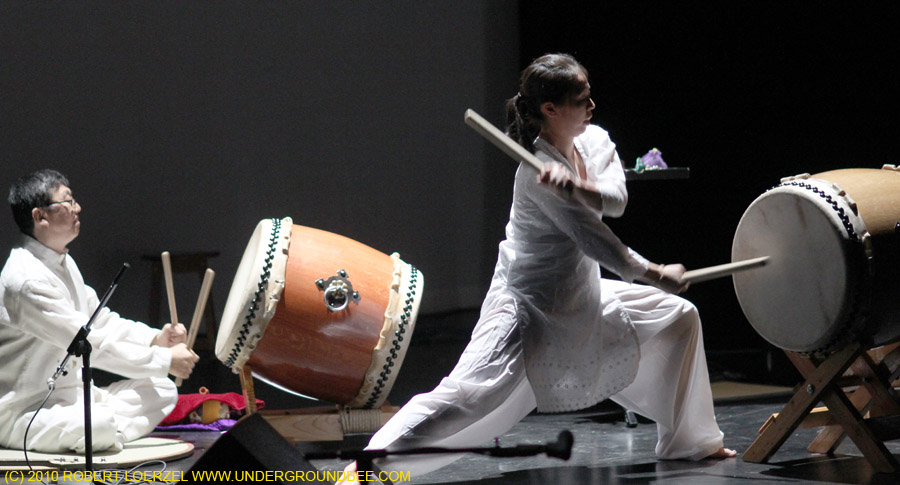 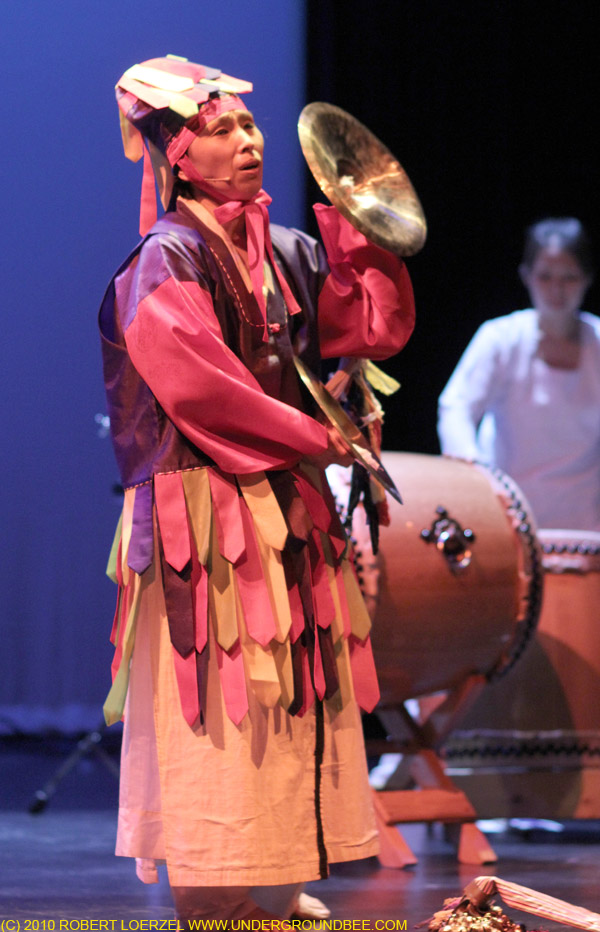 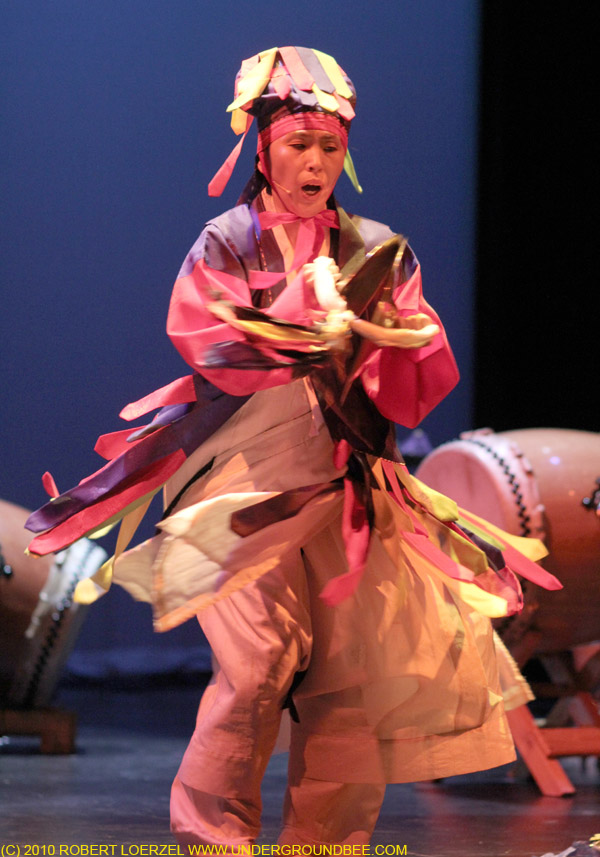 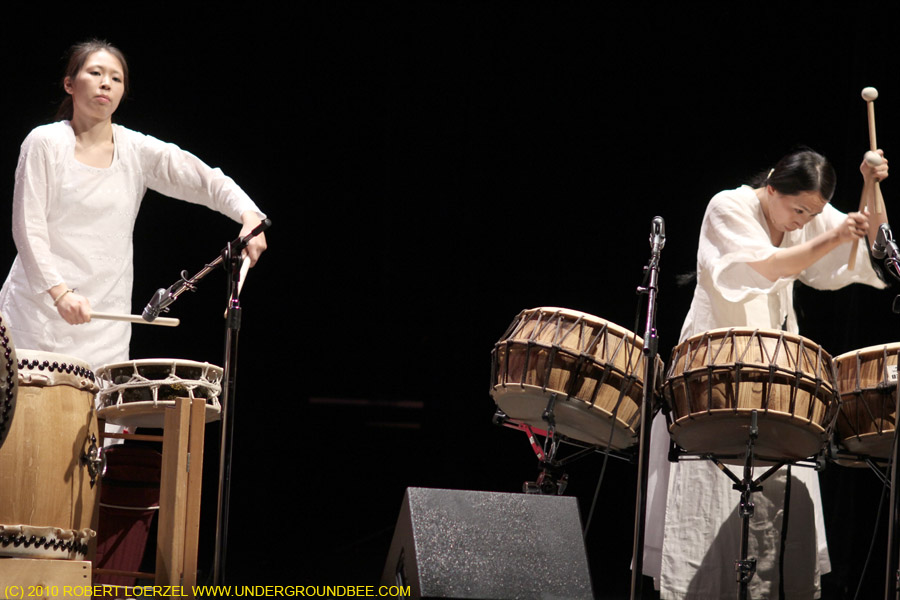 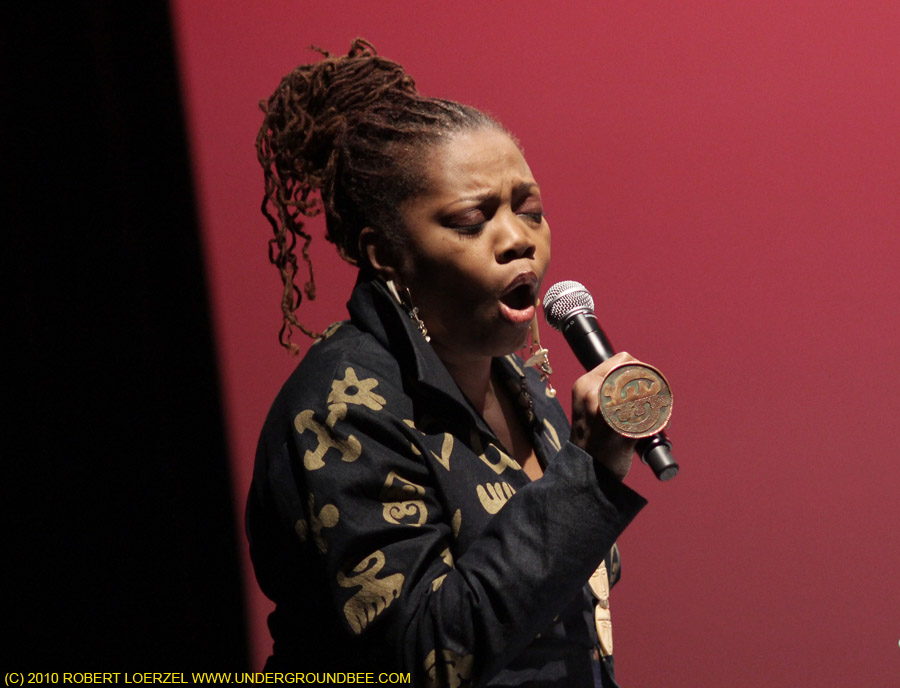