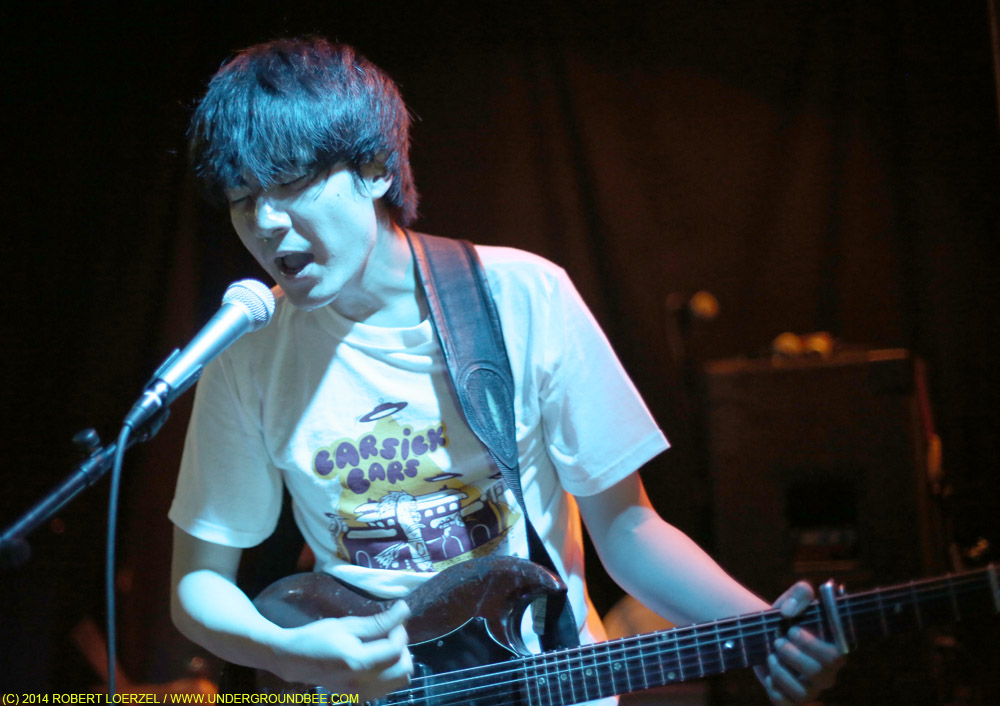 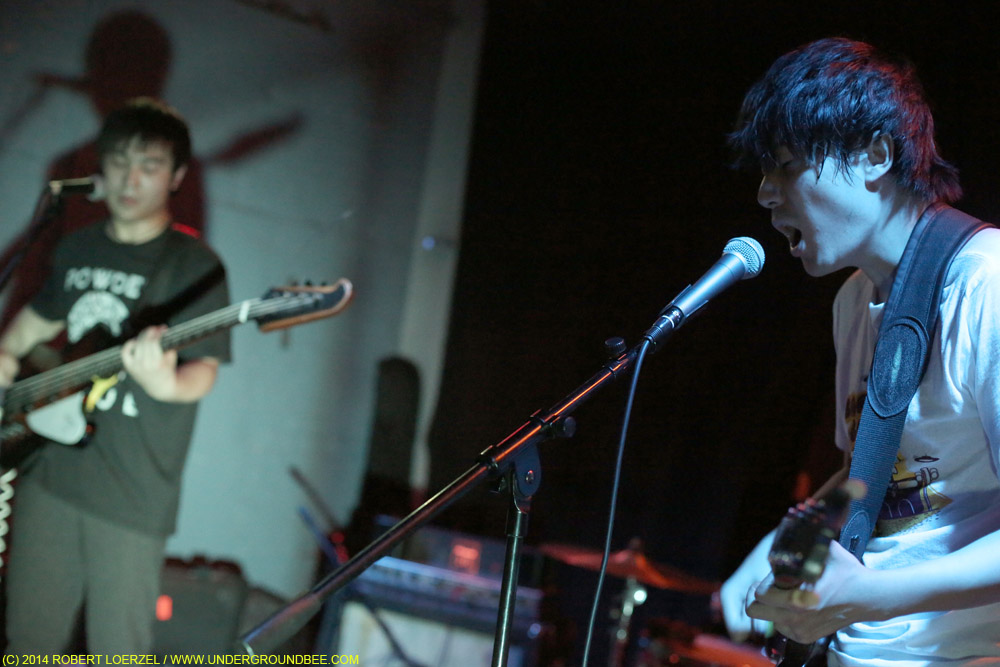 Carsick Cars is one of China’s best-known indie rock bands, but they’d never played in Chicago until now. The Beijing trio finally made it to Chicago with a gig Friday night (March 28) at the Burlington. Like most shows at the Burlington, it didn’t have advance ticket sales, but by the time Carsick Cars began playing the opening riff, the room was packed — with some of the typical indie rock fans you’d expect, as well as a large contingent of young Asian-Americans.

So, what does a Chinese indie rock band sound like? Well, this one doesn’t sound that far off from American and British indie rock of the 1980s and ’90s — with a touch of that repetitive intensity that German bands like Can made famous as Krautrock. Or maybe that driving repetition sounds more like the Feelies at some moments? And yes, given the fact that Carsick Cars opened some shows for Sonic Youth, the comparison with Sonic Youth seems obvious. And there’s a bit of garage rock in the sound.

But there’s also something different about the sound, and not just the fact that Carsick Cars sings some of its lyrics in Chinese. Like so many great musical transformations throughout history, this is the sound of one culture’s sound as it’s heard by people in another part of the world, imitated in a way that’s a little off, transmitted back to the original culture, sounding like a fresh take on the original.

With Carsick Cars, it all comes together in springy, almost bouncy rhythms, catchy pop melodies and occasional shards of dissonant noise. The band has a terrific new album, simply called 3, which you can stream for at least a while on Time Out Shanghai’s website. Unsure of how readily available Carsick Cars’ records will be in the U.S., I bought all three of the band’s releases at the Burlington’s merch table, just to be on the safe side (and to demonstrate how much I like what I’d heard.) One source for Carsick Cars records is the Maybe Mars label’s website.

Friday’s show also included an opening set by White+, a more experimental side project featuring Carsick Cars’ singer-guitarist Zhang Shouwang (the only remaining member from the band’s original lineup). After wearing a plaid shirt during that set, he switched to a Carsick Cars T-shirt — apparently, Chinese rock stars are less wary of wearing their own merch.

The fans near the stage pogoed to Carsick Cars’ riffs, and the night climaxed with “Zhong Nan Hai,” off the band’s self-titlted 2007 debut.  Zhang dove into the audience with his guitar during that song, and Carsick Cars’ fans held him aloft for a minute. Here’s my video of that:

(Now, I have all the more reason to look forward to Chicago-Montana videographer John Yingling’s project The World Underground, which is documenting China’s underground rock scene.) 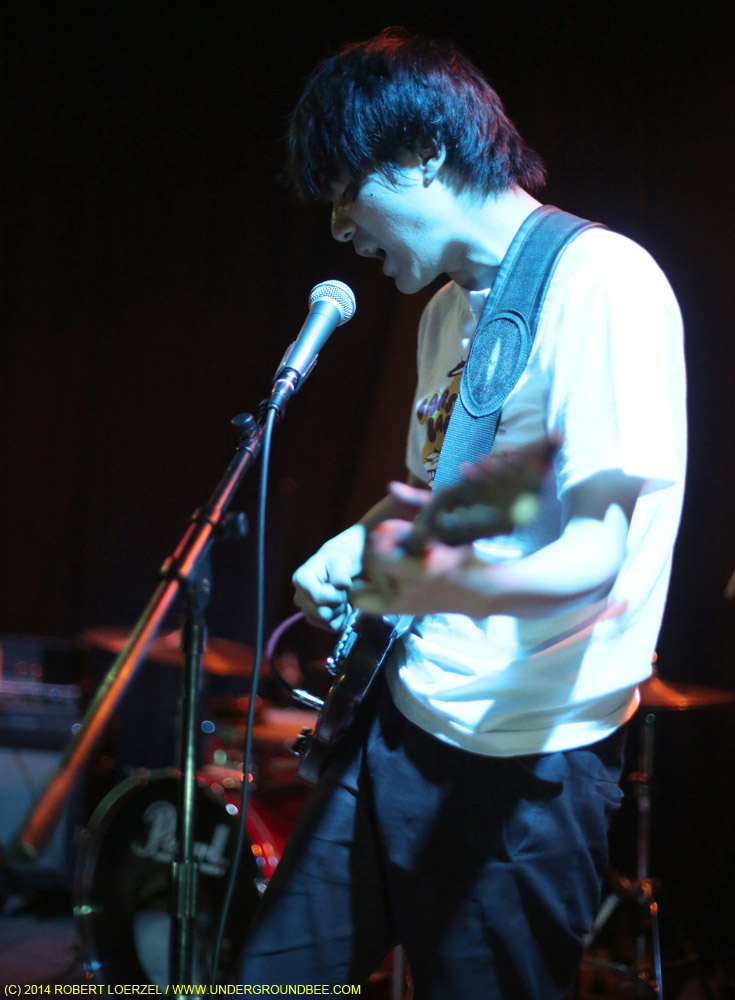 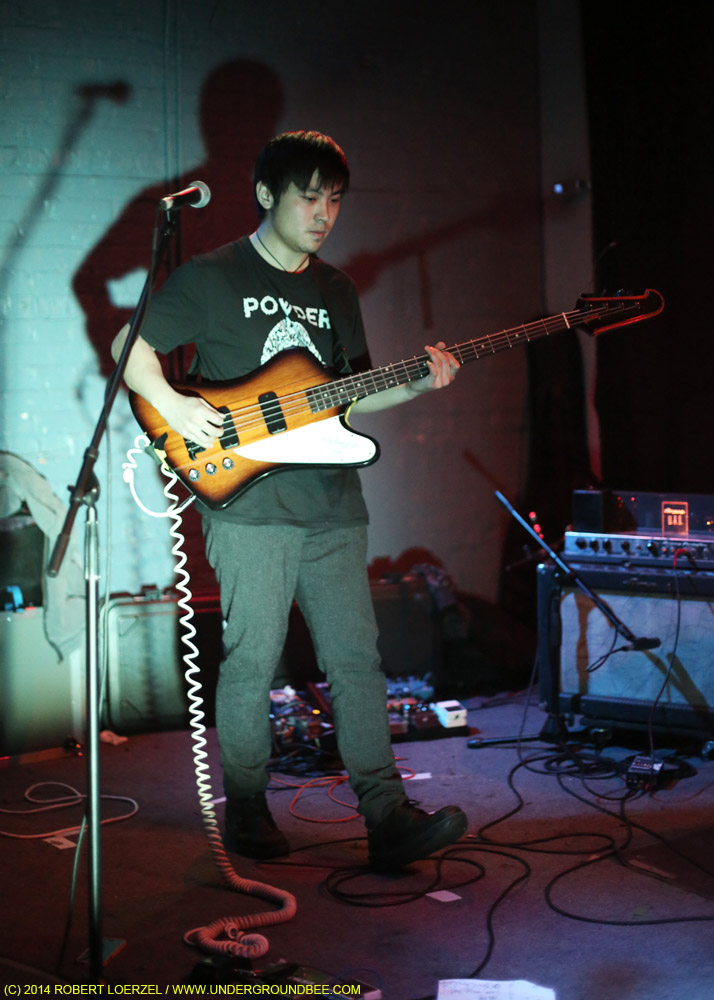 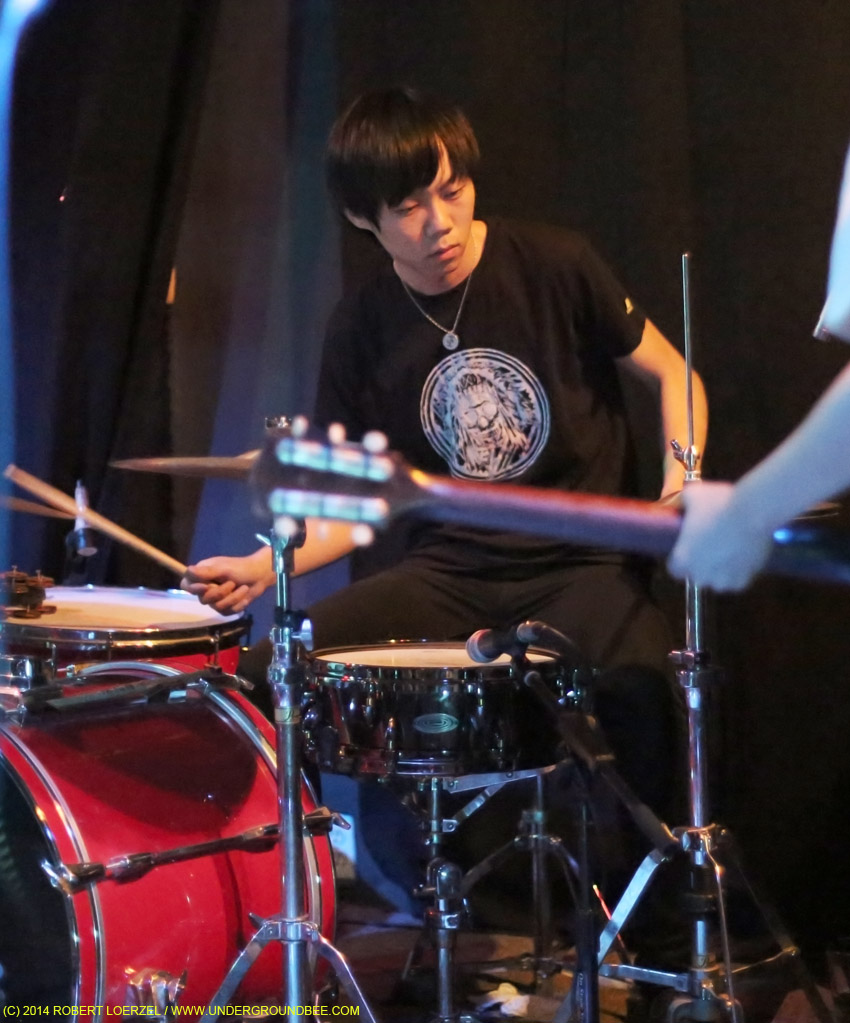 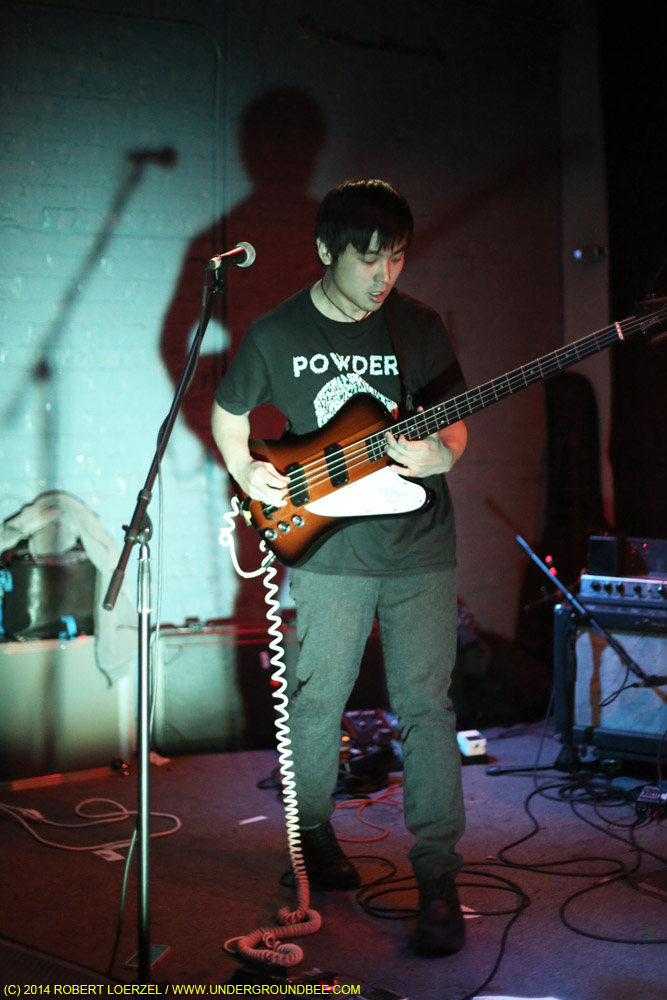 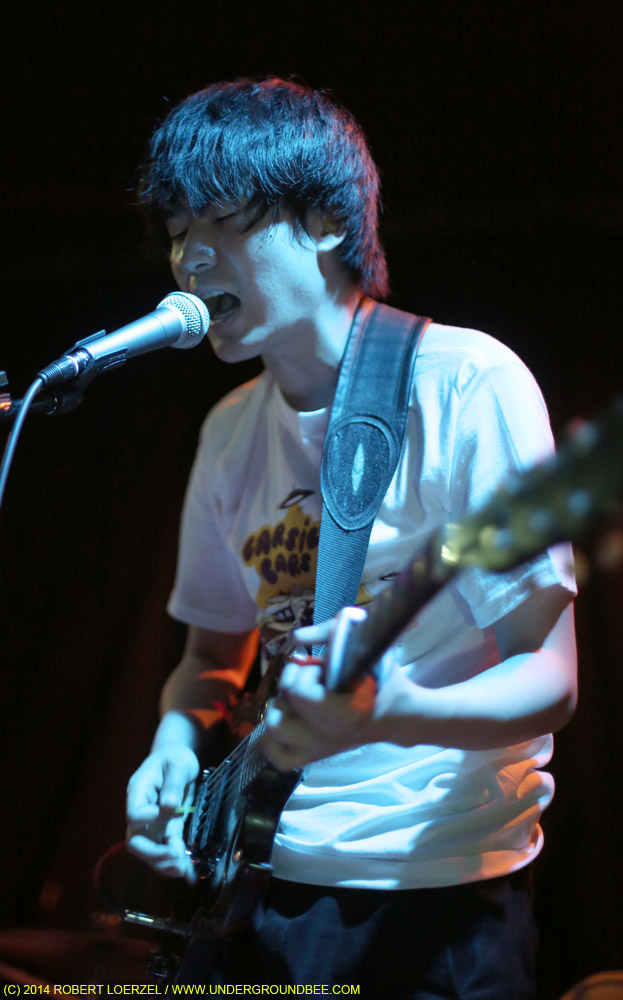 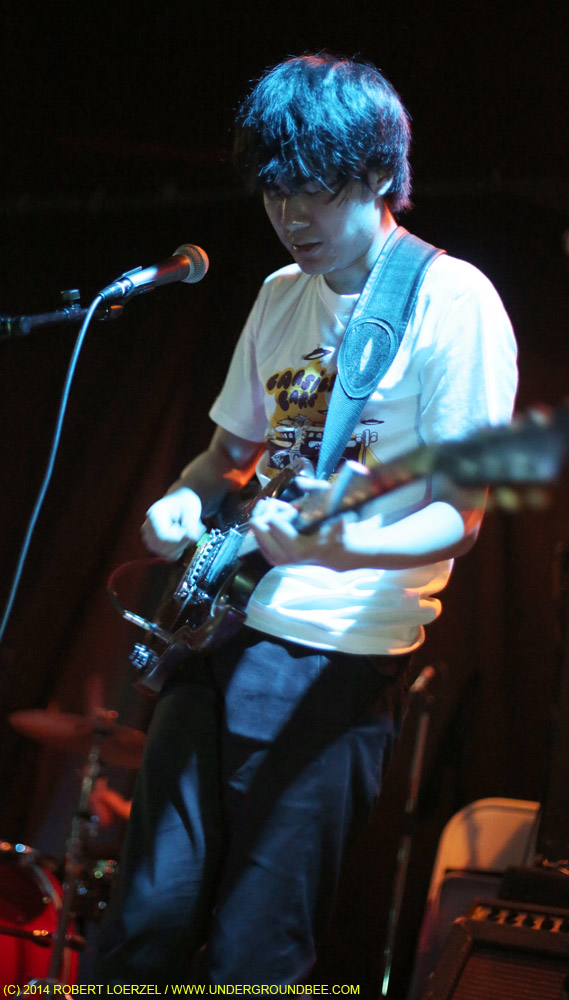 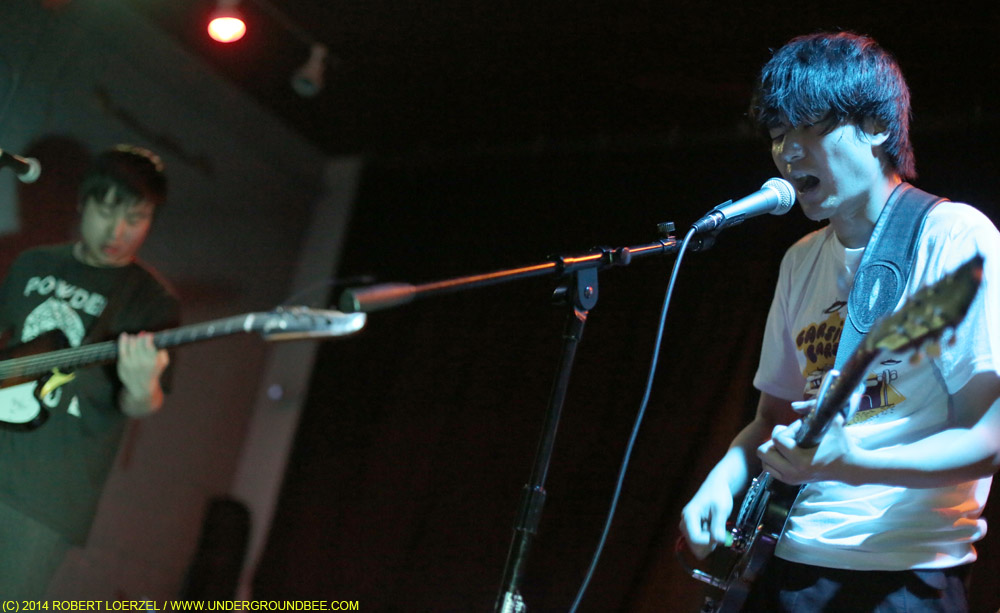 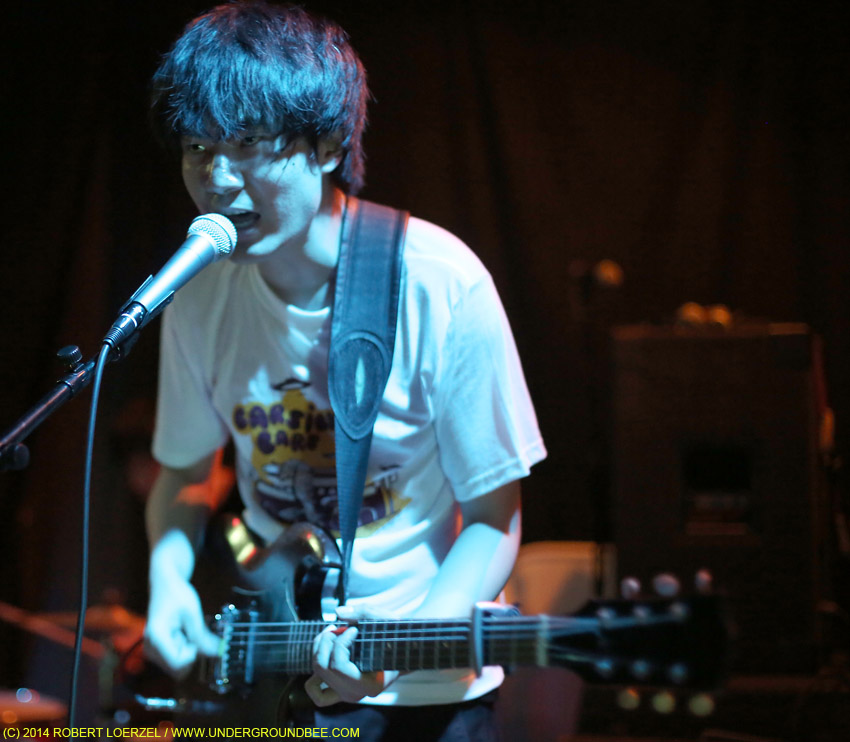