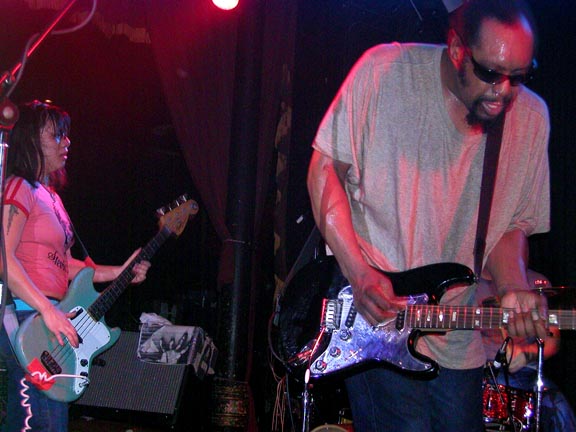 The Dirtbombs were phenoms tonight… unlike opening band the Phenoms, who were far from phenomenal. In fact, this very long night (part of the “Electric City Rock Fest”) had no less than five opening bands, most of which was highly skippable. Popsick played some good music, and Big Whisky and M.O.T.O. had their moments, but the Decibators and Phenoms were sheer drudgery to watch, punk bands without any noticeable merit other than energy and attitude.

By contrast, the Dirtbombs have good songs, as well as a great sense of dynamics and drama. I’m still not sure why they need two bass players and two drummers, but, hey, whatever works for them.

SEE MORE PHOTOS OF THE DIRTBOMBS.