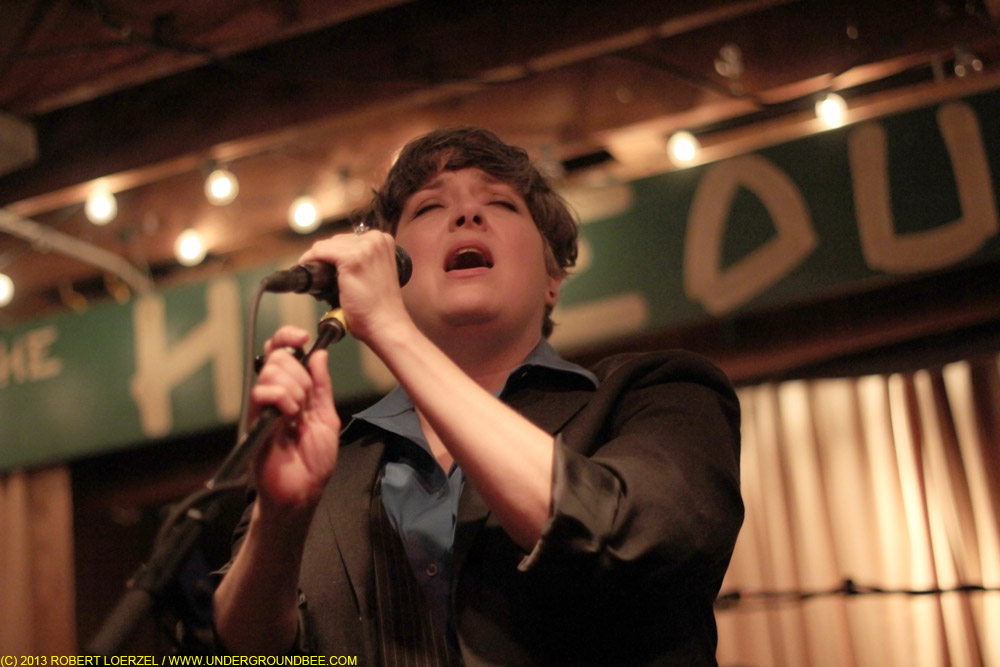 Kelly Hogan returned on Sunday night to the venue she calls her favorite — Chicago’s Hideout, of course. It was another outstanding performance by Hogan, featuring most of the songs on her 2012 album I Like to Keep Myself in Pain as well as No, Bobby Don’t and the Magnetic Fields’ “Papa Was a Rodeo.” Here’s my video of that song:

Hogan’s band for this gig was essentially The Flat Five, a group she performs with occasionally, although Casey McDonough and Nora O’Connor switched on their usual instruments — he played guitar while she handled bass duties — and the drummer was original Flat Five-r Gerald Dowd rather than current member Alex Hall. During the long encore, McDonough, O’Connor, Dowd Scott Ligon each took a turn at the microphone. It was like a mini-Flat Five set. (For a full one, check them out June 8 at Space in Evanston.) 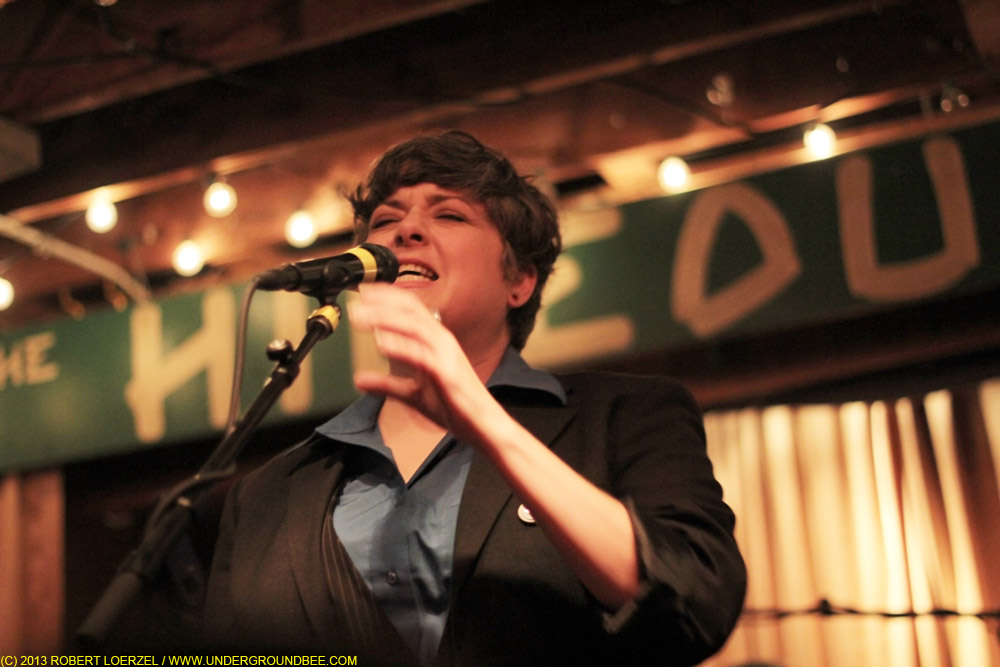 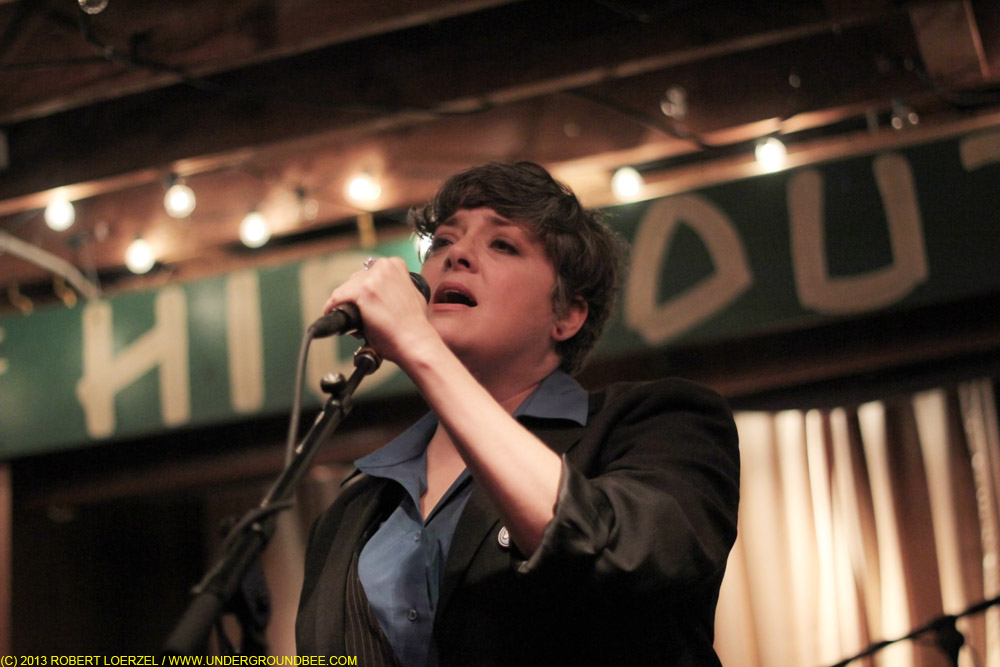 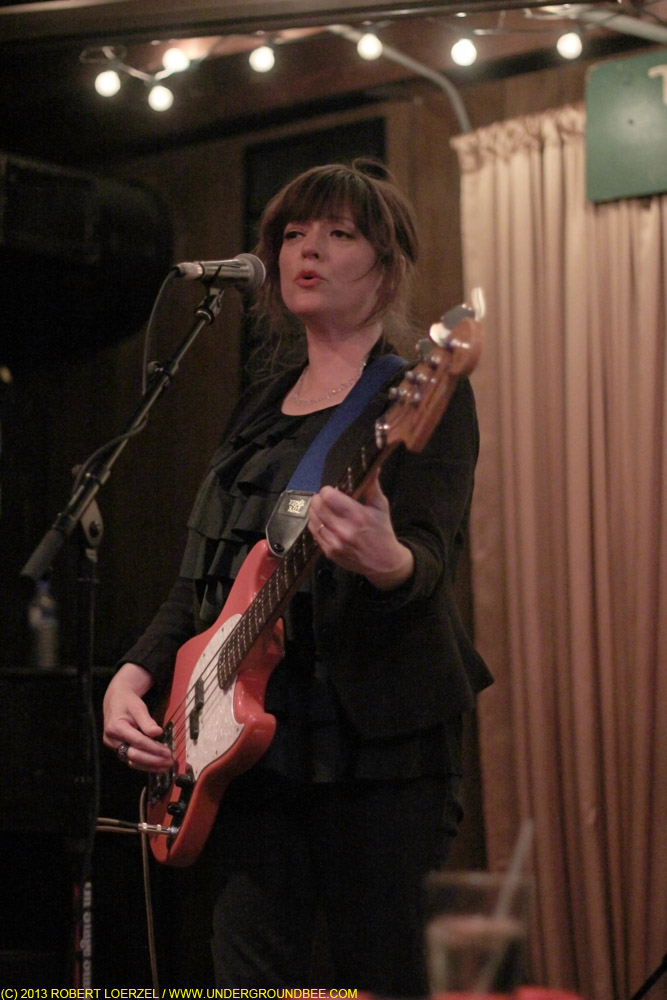 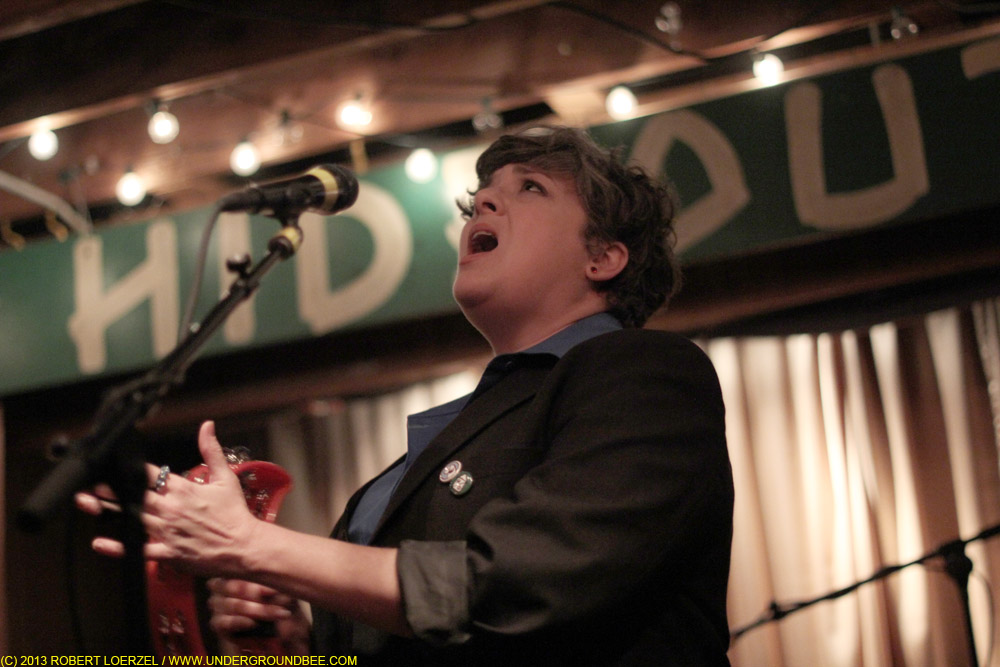 The opening act was Dmitry Samarov — the author, painter and former cabdriver, whom I profiled for the Chicago Reader in 2011. Among his many creative endeavors, Dmitry recently released a CD called Blue Light, featuring his readings of stories accompanied by improvised jazz by guitarist Bill MacKay, drummer Charles Rumback and bassist Daniel Thatcher. The four of them took the Hideout stage on Sunday and made music and stories together, with the laid-back vibe of a guy recounting stories to you in a bar. Well, I guess that’s actually what this was. You can hear the studio recordings — and buy the CD — at http://samarov.bandcamp.com. I especially enjoy the story “Charles Bronson.” 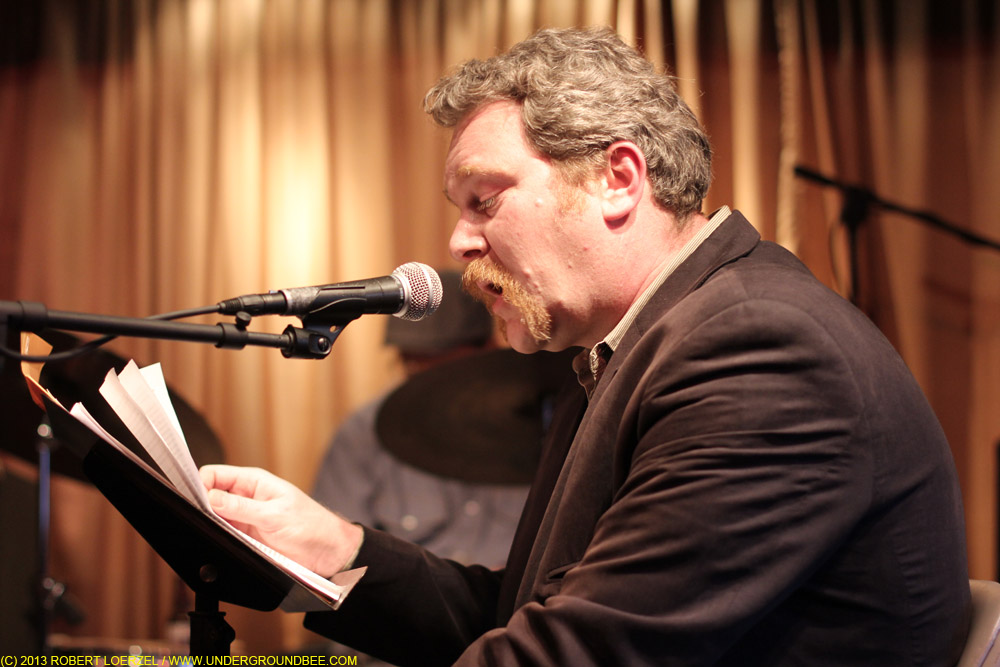 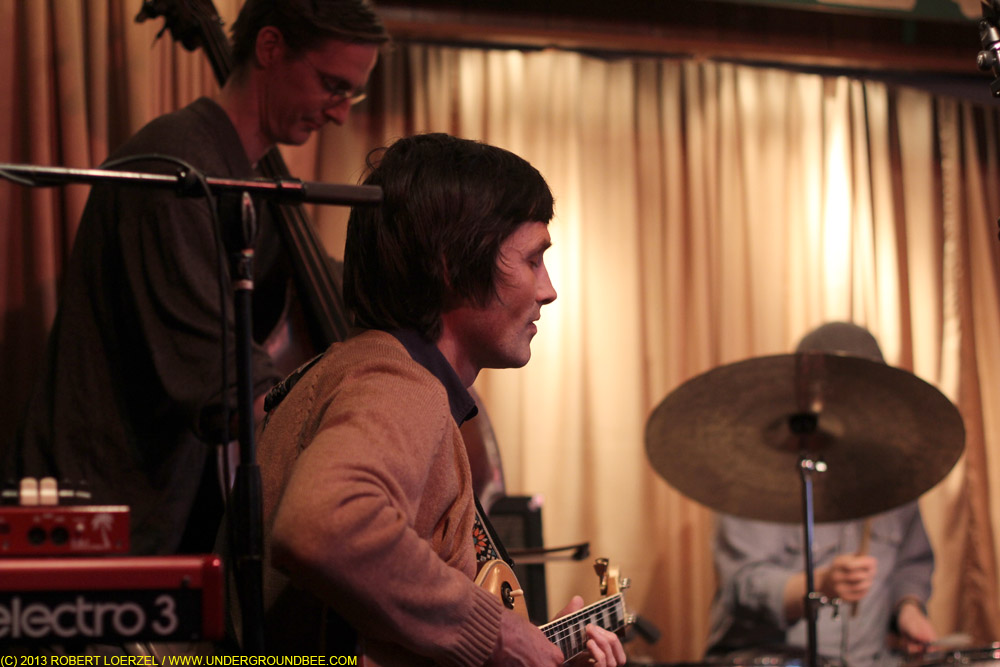 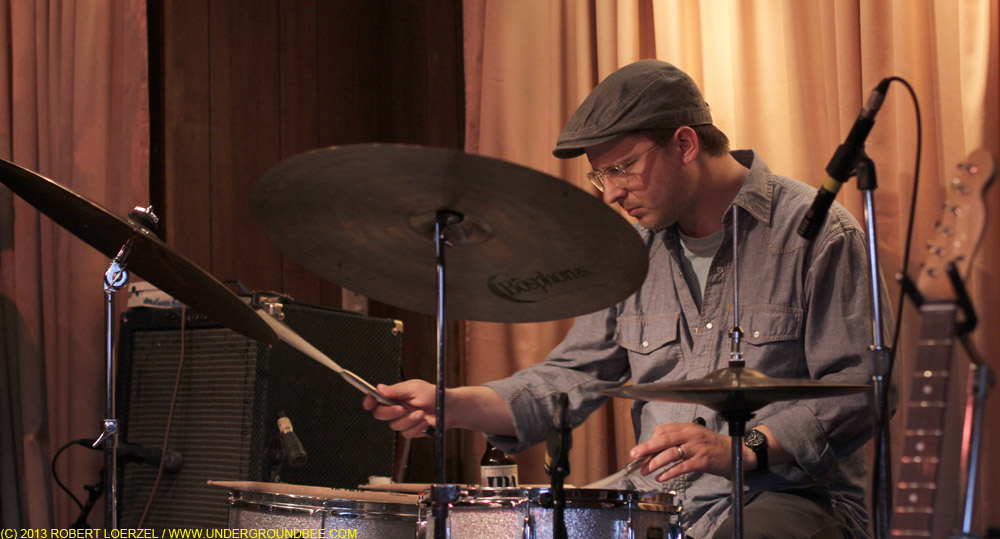