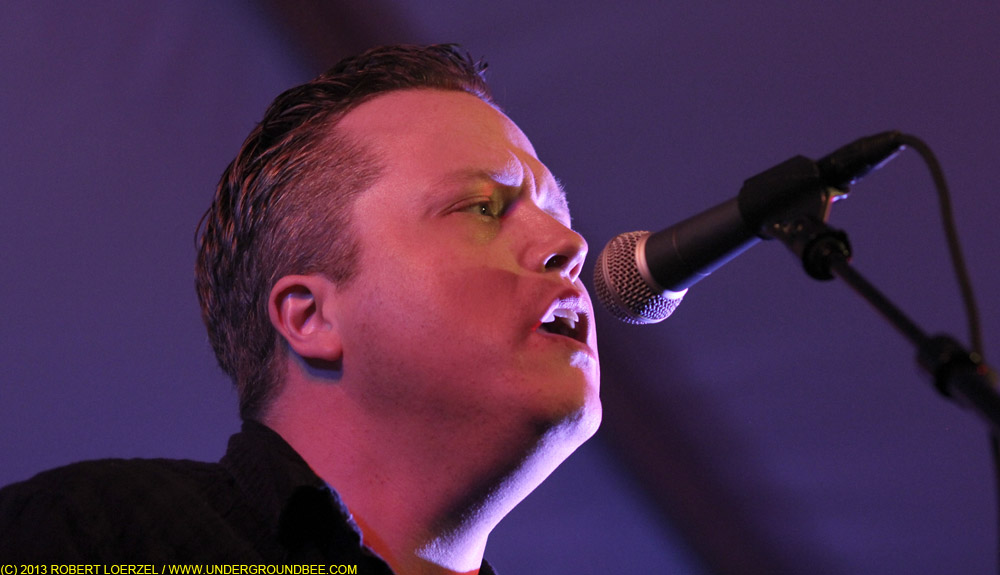 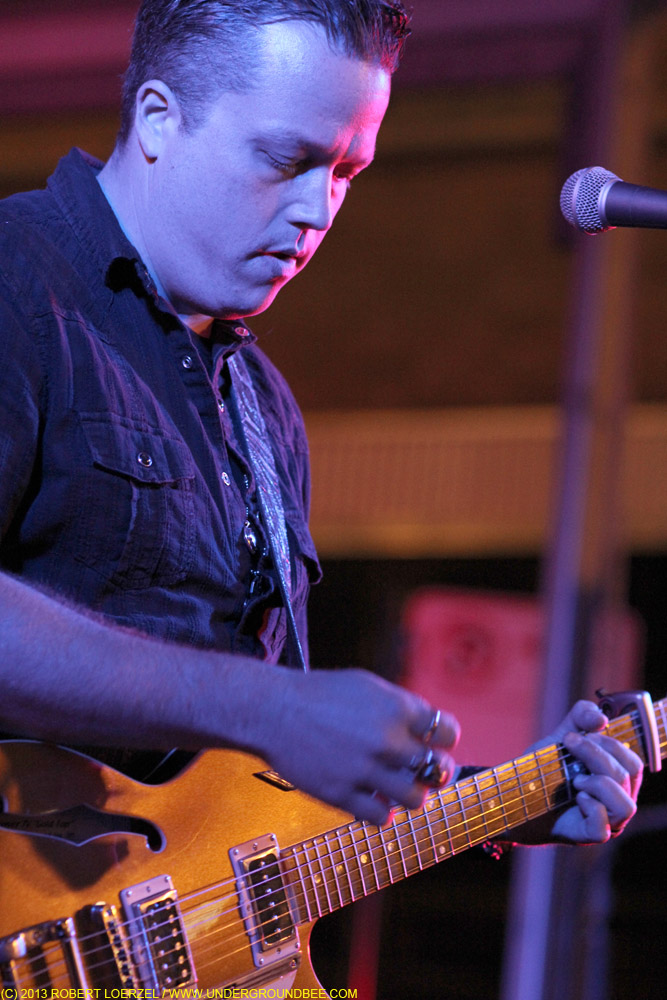 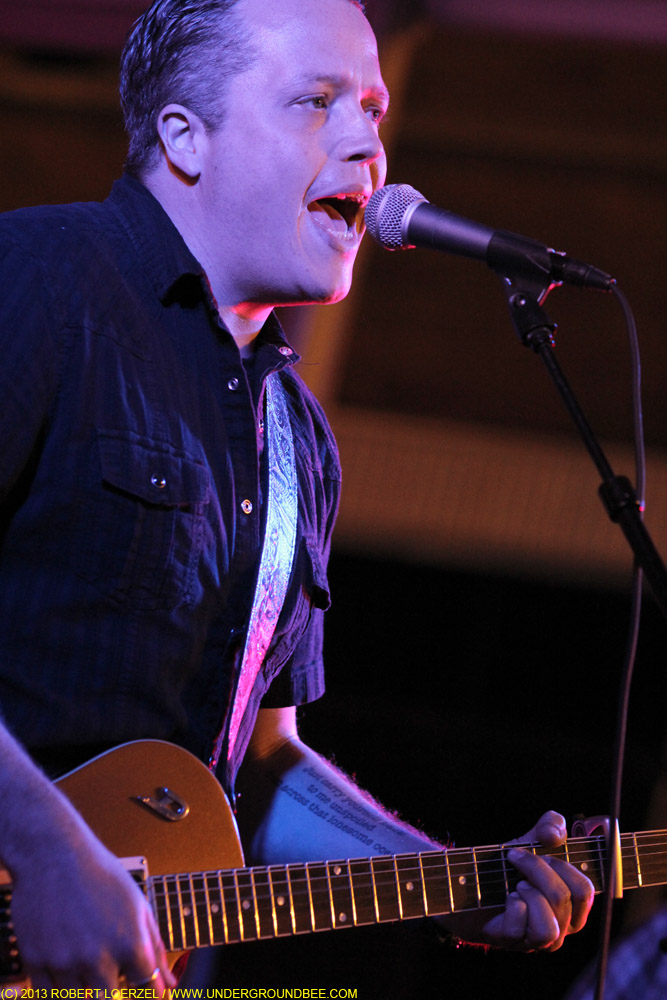 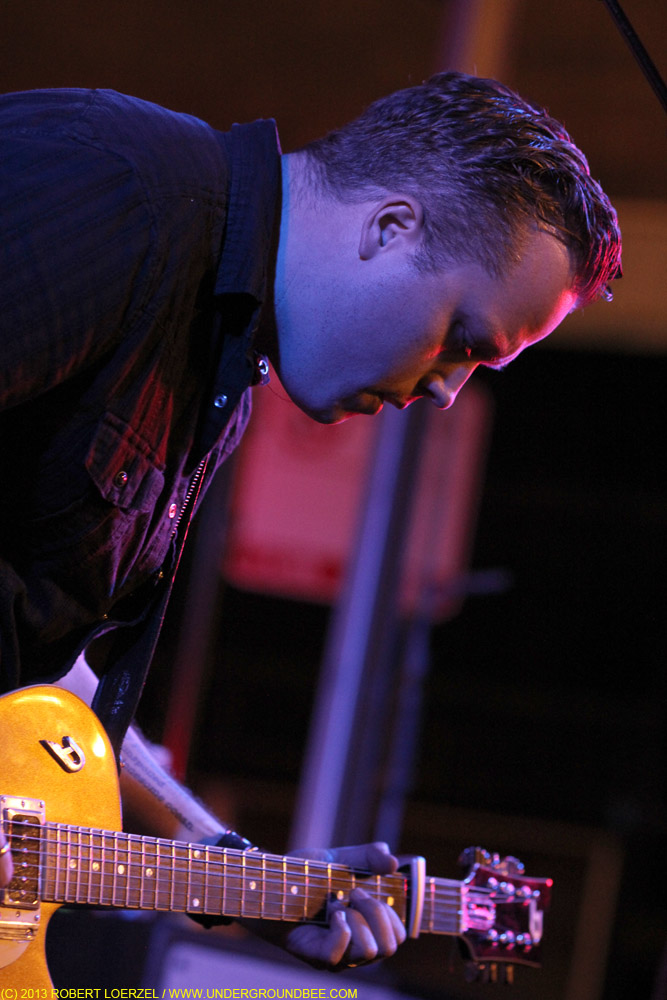 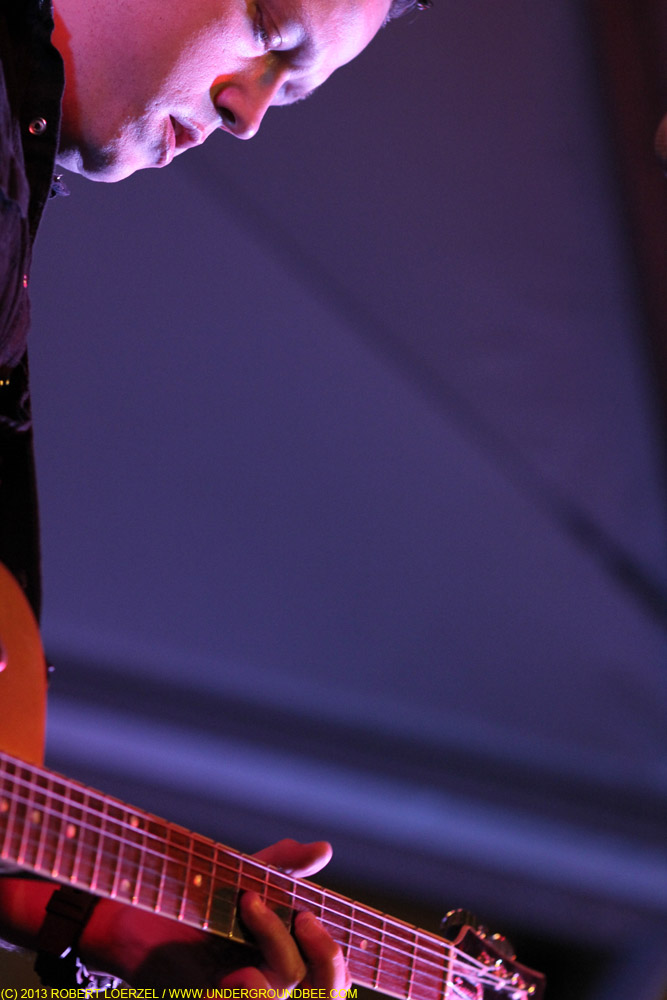 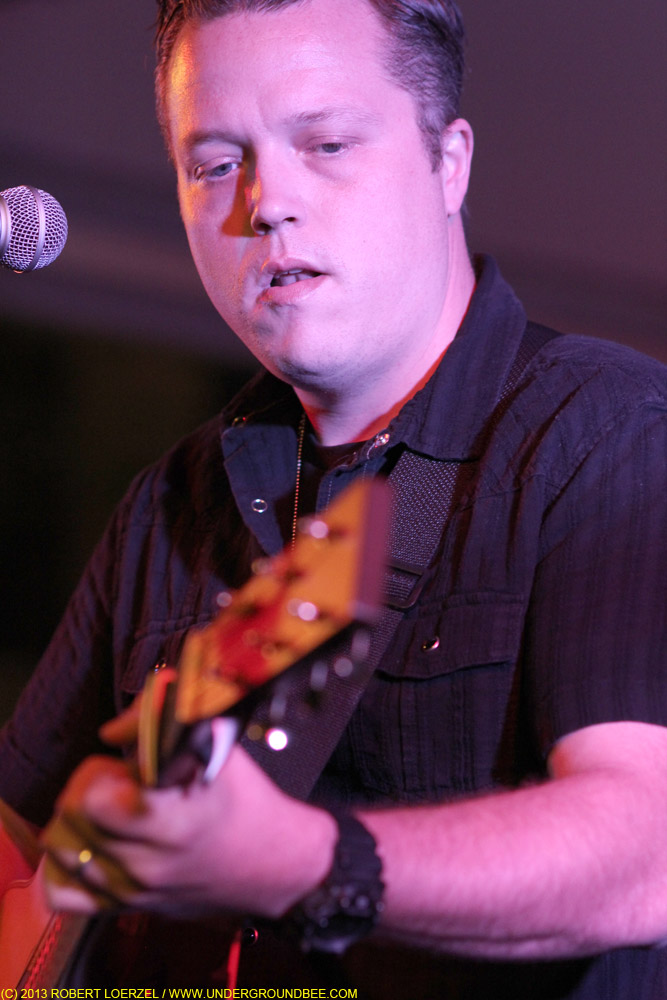 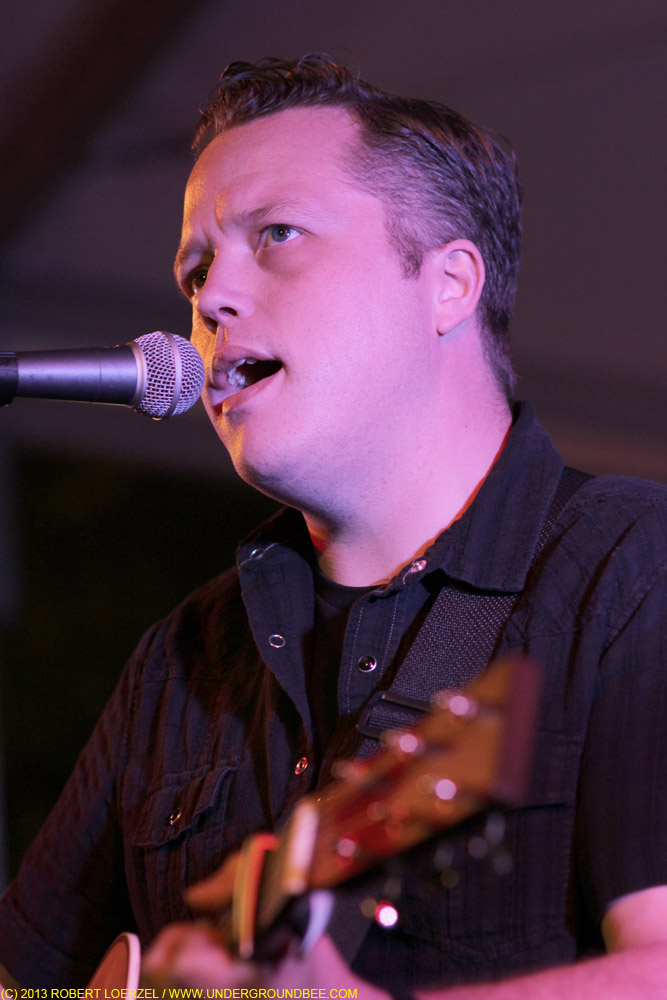 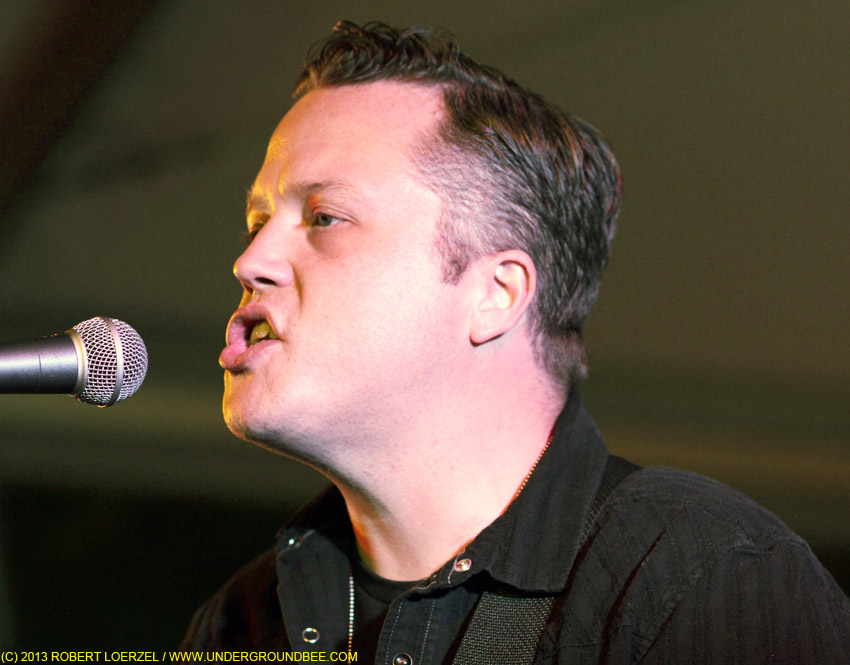 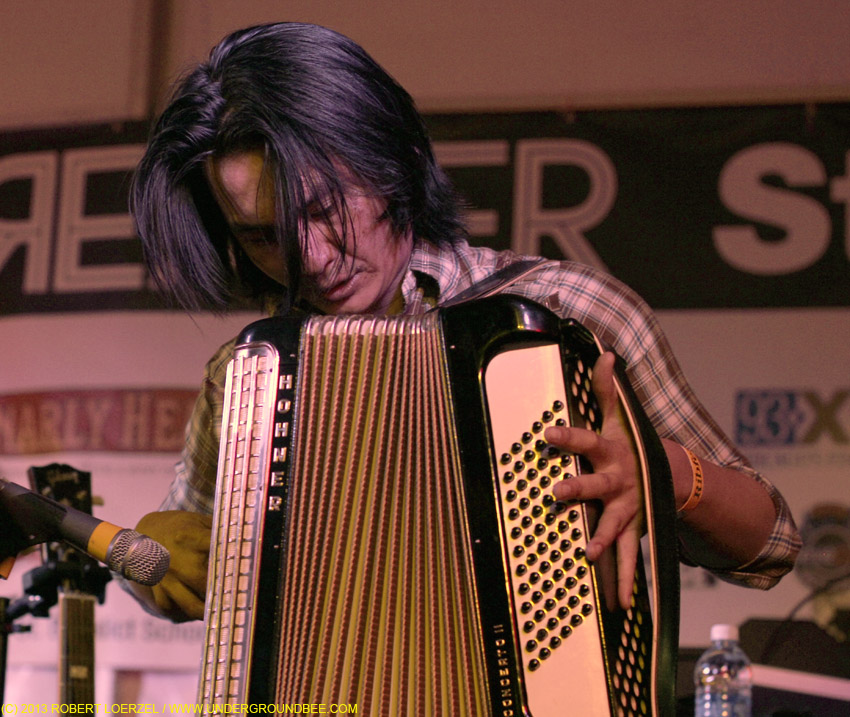 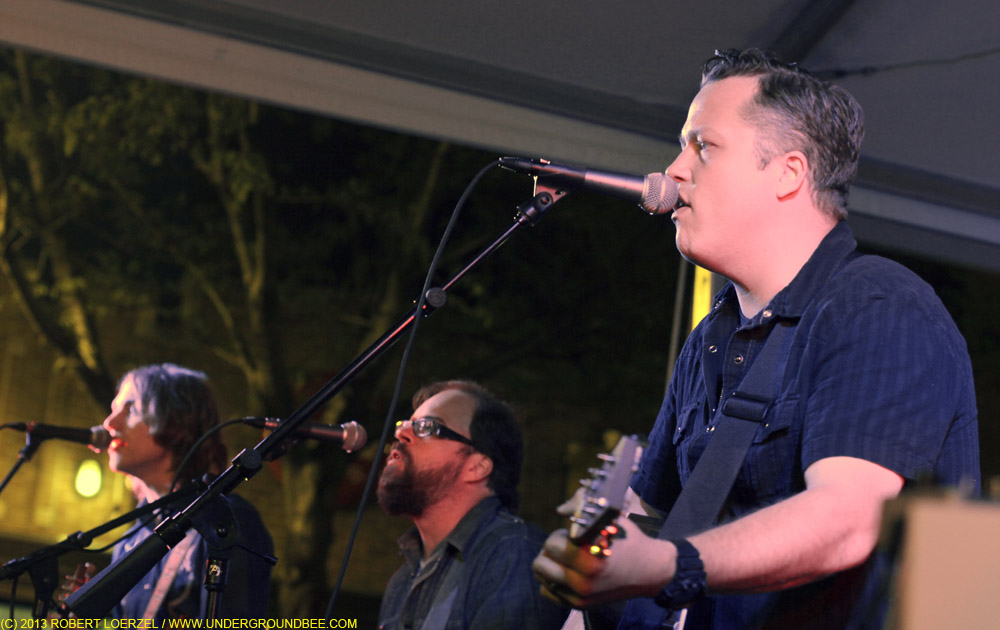 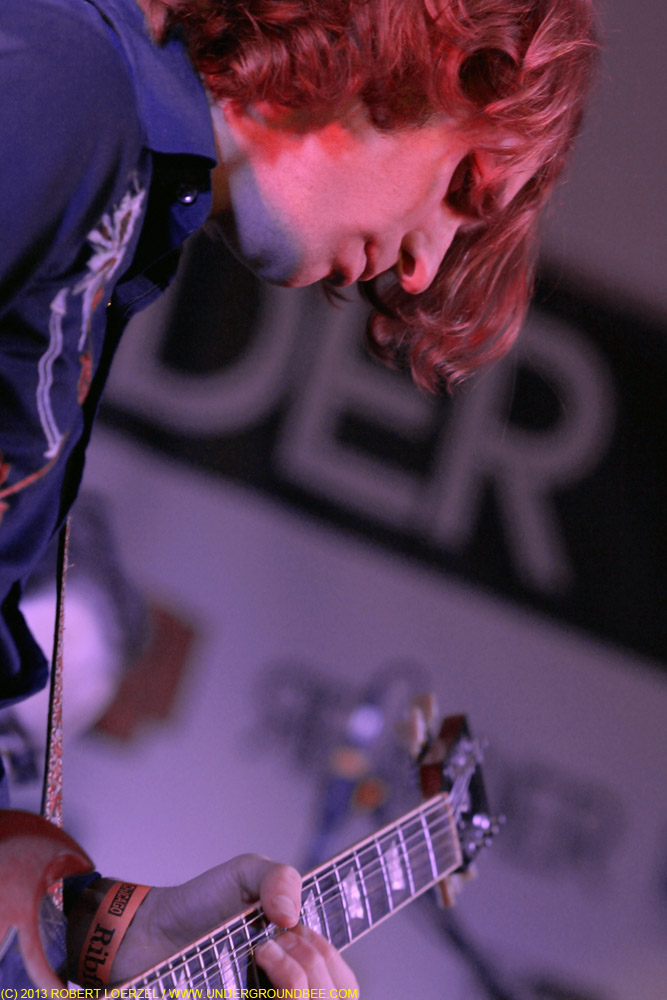 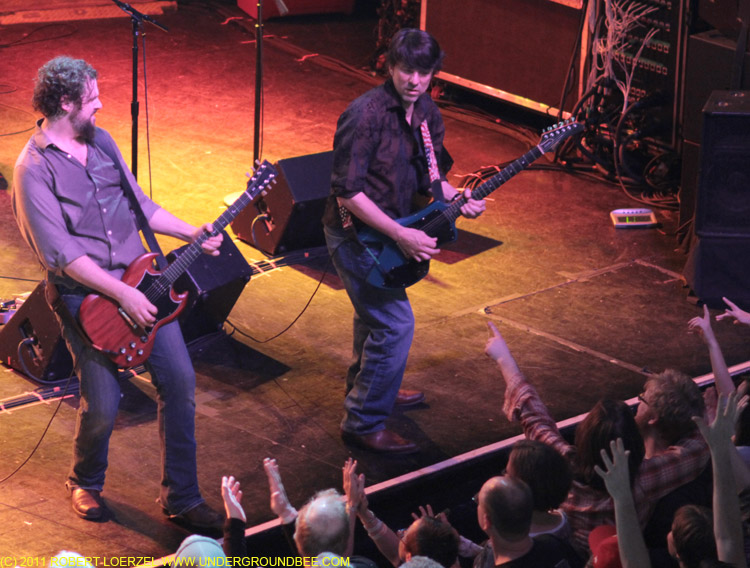 After avidly following the Drive-By Truckers through several great albums and something like seven concerts, I fell a bit out of touch with the group over the past few years. I barely paid attention to the Southern rock group’s 2010 album The Big To-Do, and I hadn’t seen them live since they co-headlined with the Hold Steady back in 2008. (Photos.) 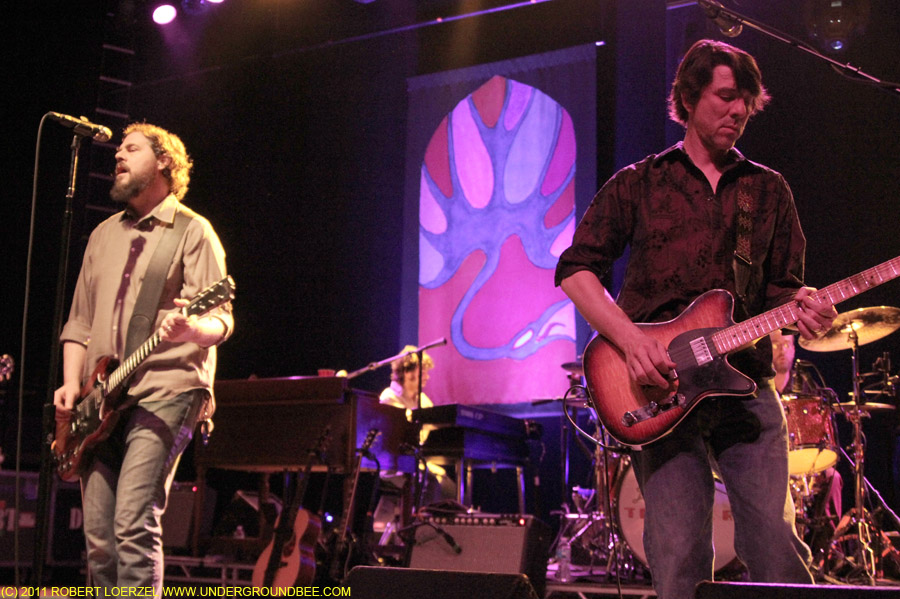 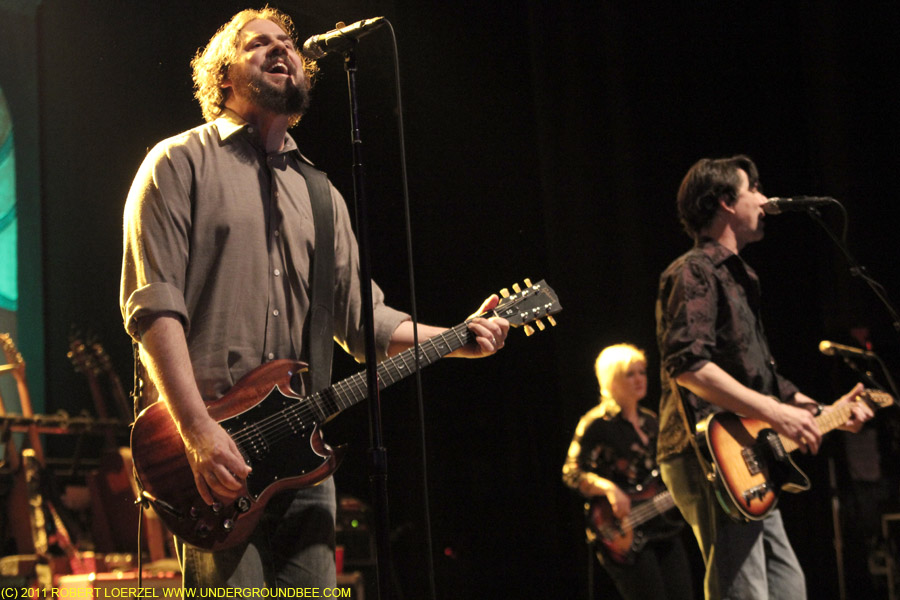 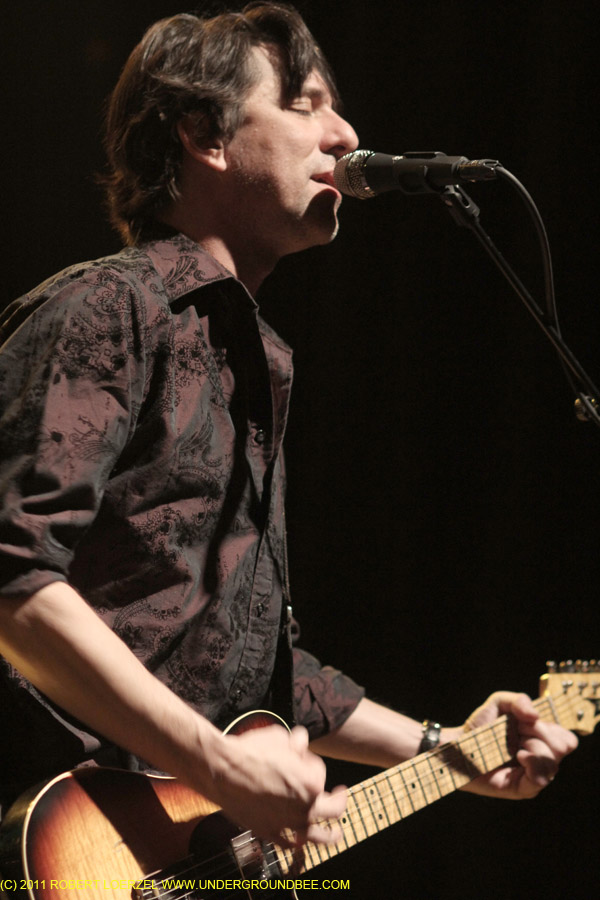 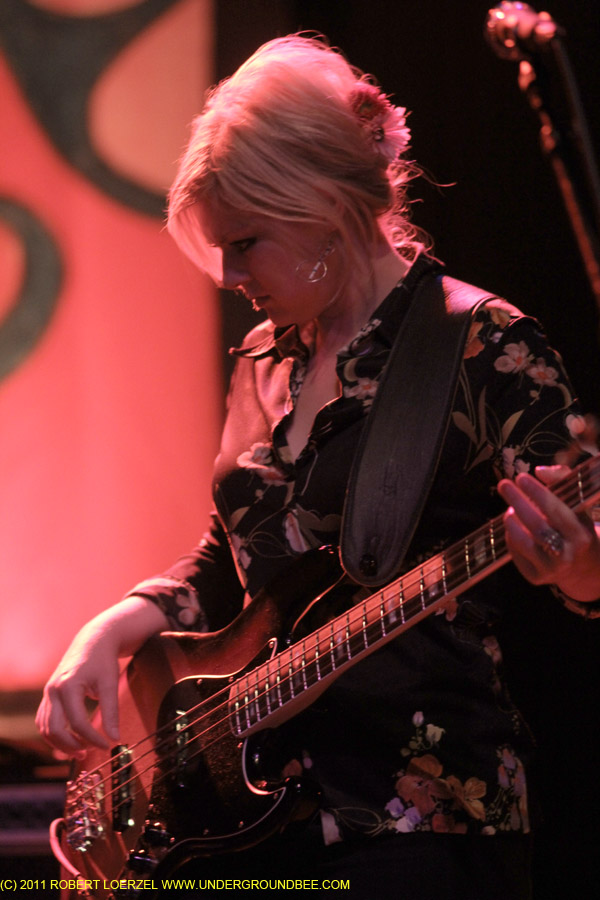 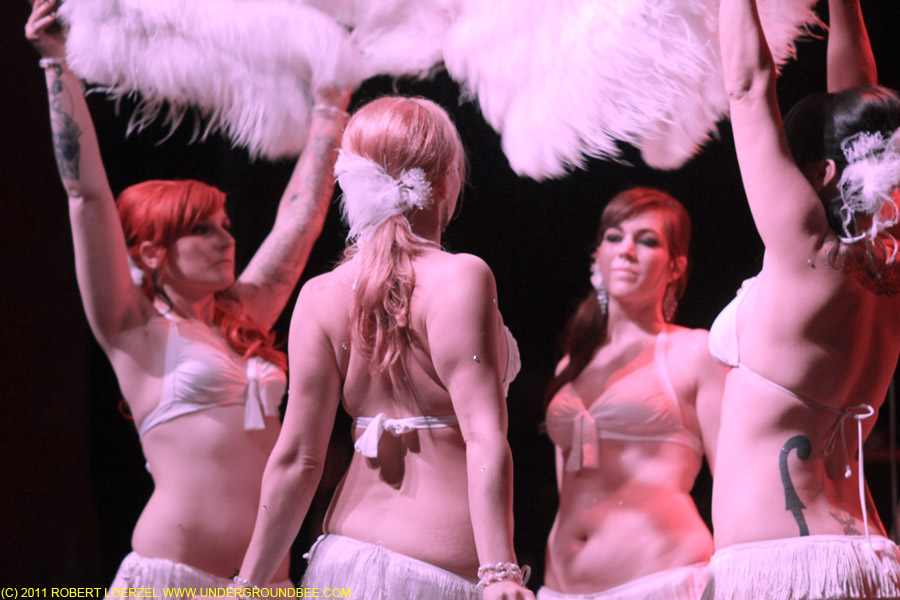 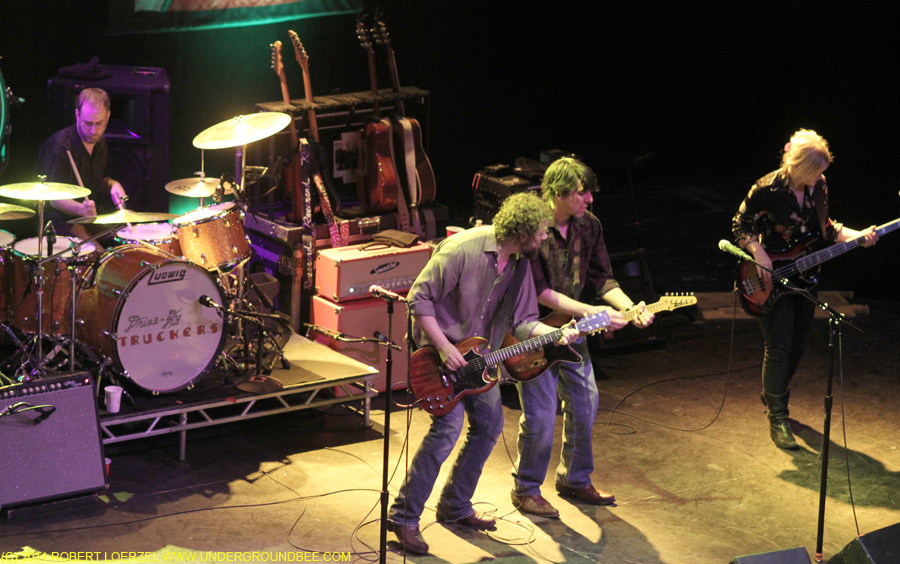 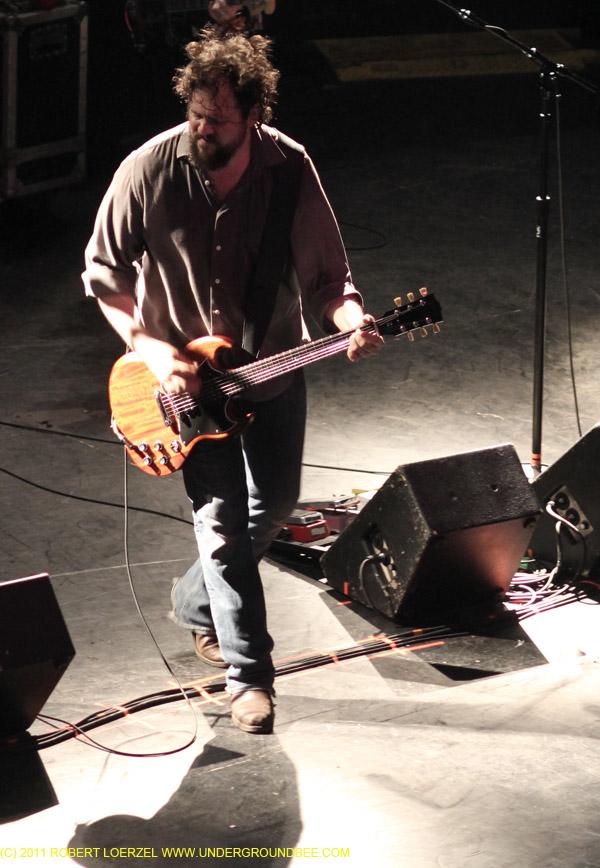 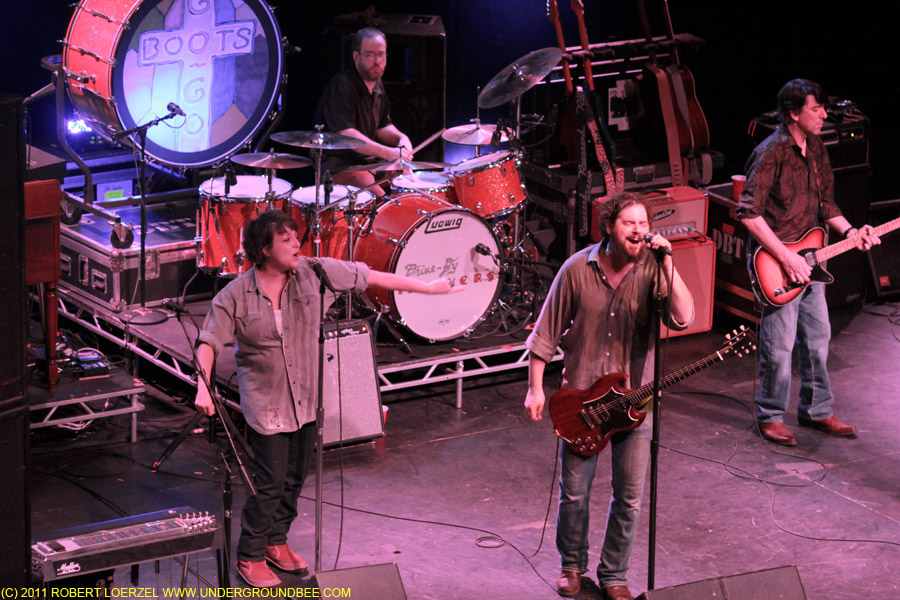 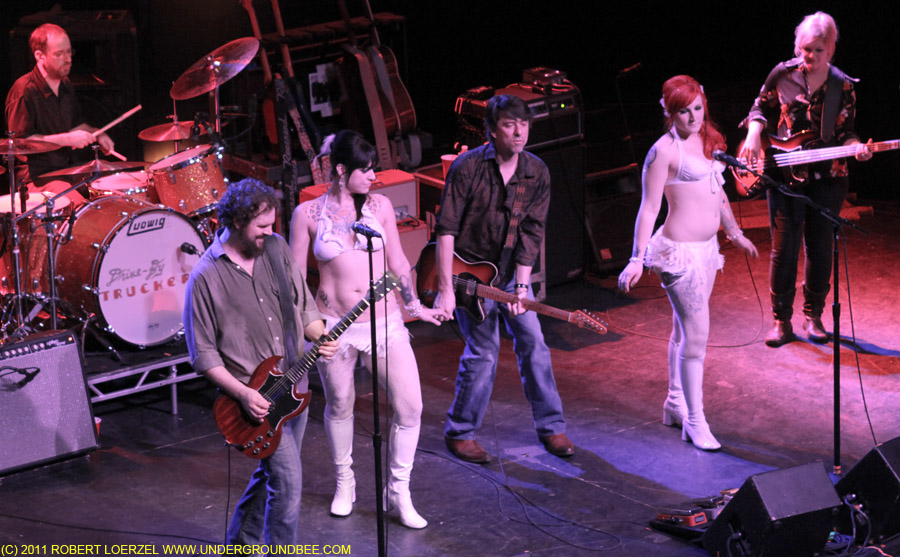 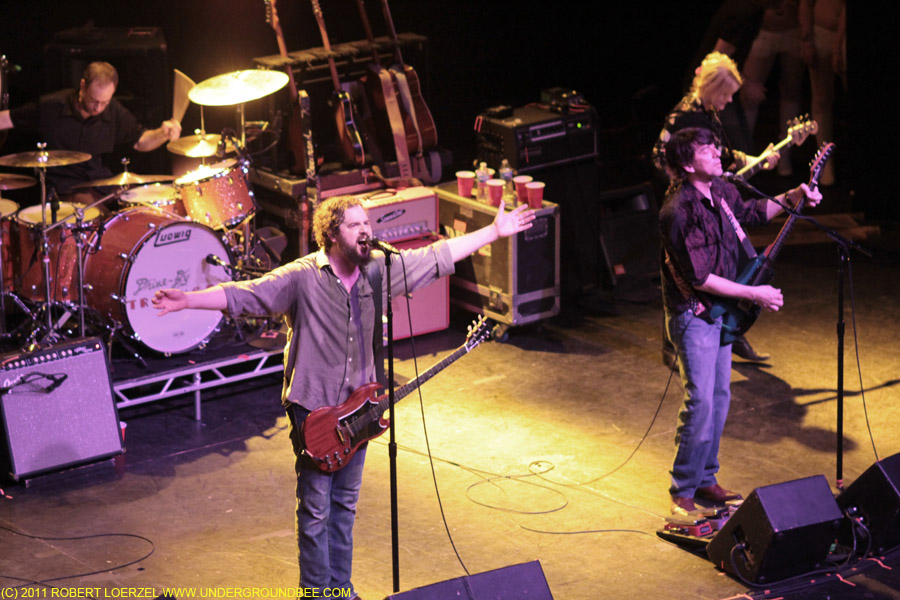 During the set by tonight’s opening act, American Minor, someone in the crowd yelled out, “Play some Skynyrd!” (This is one conert where such a request is only half-joking.) American Minor’s singer replied, “We’ll play some Skynyrd-inspired shit. That’s what you’re here for, right?” It was indeed — although I think it’s unfair to limit the description of the headlining band, the Drive-By Truckers, to Lynyrd Skynyrd-style Southern rock. The Truckers have made their influences obvious, but their catalog of original music is so rich with great songs that there’s no reason to think of them as some novelty — a band in the 21st century playing 1970s-style triple-guitar countrified Southern rock? Imagine that.

American Minor was actually not all that Skynyrd-influenced, though ’70s rock was the source of everything the opening act played. I heard a lot of Bad Company, and a friend remarked that they reminded him of Alice Cooper. It was pretty good for what it was, with some decent guitar playing and a few dramatic musical moments, but I thought American Minor wore thin after a while. Another band, like Wolfmother, that needs to expand its sound a little beyond the influences.

The Drive-By Truckers, on the other hand, have taken similar influences and forged them into a sound all their own. They were in excellent form tonight, playing a lot of songs from their last few albums, and a few numbers from older records like Southern Rock Opera and Gangstabilly.

As usual, Patterson Hood was the most animated guy of the bunch. That grin of his is infectious. He always looks like he is having the time of his life as he performs up there on the stage, and he has a bit of Southern preacher in him as he holds forth at the microphone. Jason Isbell and Mike Cooley are a little more reserved in their stage presence, but their songs are just as good as Hood’s. Isbell’s anthem “Outfit” got an especially strong response from the crowd.

It was just another night for one of the world’s great rock bands.

SEE PHOTOS OF THE DRIVE-BY TRUCKERS.