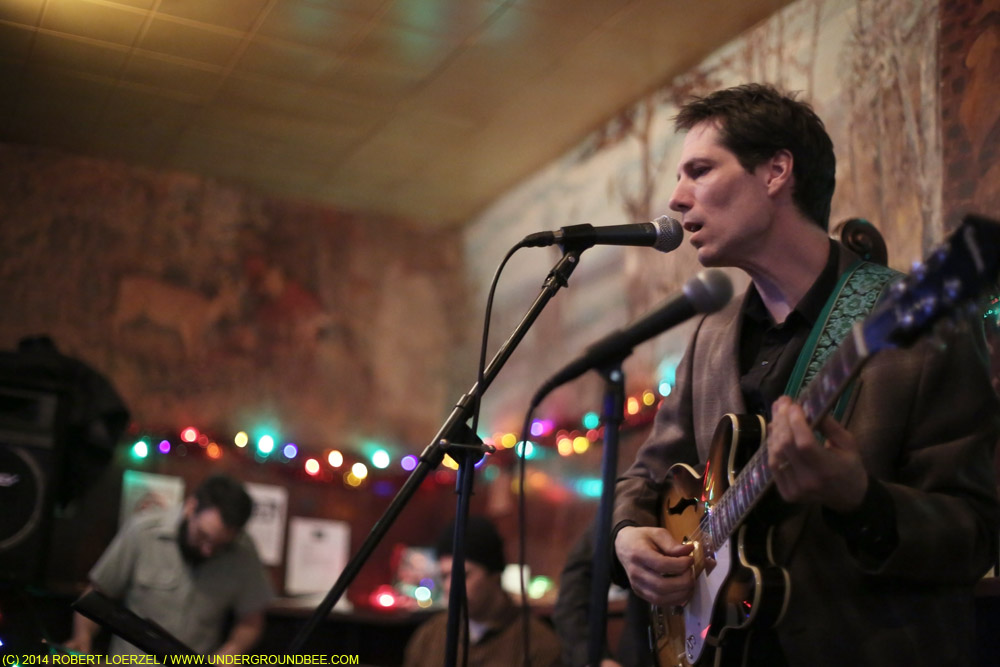 In addition to his recordings as Dolly Varden’s main singer-songwriter, Steve Dawson has released a couple of solo albums, and now he’s getting ready to record another. He played a free show Sunday night, Feb. 16, at Simon’s Tavern in Andersonville (a cozy drinking establishment that features live music on Sundays and Wednesdays, without ever doing much in the way of publicity).

Dawson was fronting a band he calls Funeral Bonsai Wedding — Frank Rosaly on drums, Jason Roebke on bass and Jason Adasiewicz on vibraphone. I’m not that familiar with Roebke, but I know Rosaly and Adasiewicz as two of the most inventive and hardest-working players in town. With this stellar lineup, Dawson’s music took on a jazzy vibe, though it still sounded solidly within the realm of rock music. As the band stretched out some of the songs, Dawson took it as an opportunity to let loose on electric guitar solos. His wife and fellow Dolly Varden member, Diane Christiansen, also joined in on vocals for a few songs.

It all made for a very fine evening of music — except for the unwelcome vocals of one drunk guy yelling from the bar, who was eventually ejected from Simon’s, much to the relief of everyone nearby. Hey, when you play in a bar, these things are going to happen sometimes. 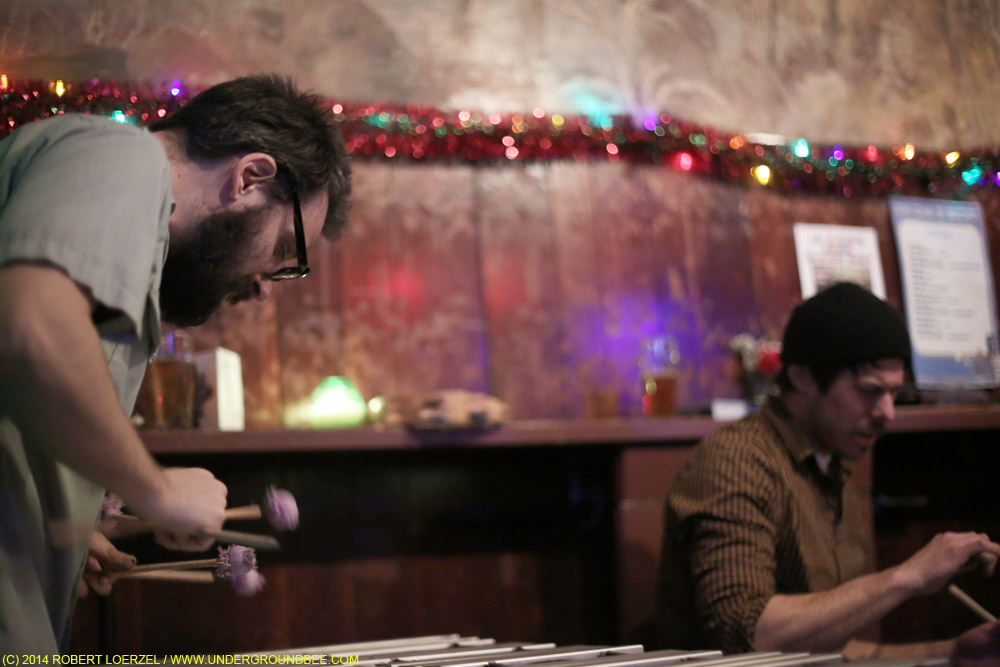 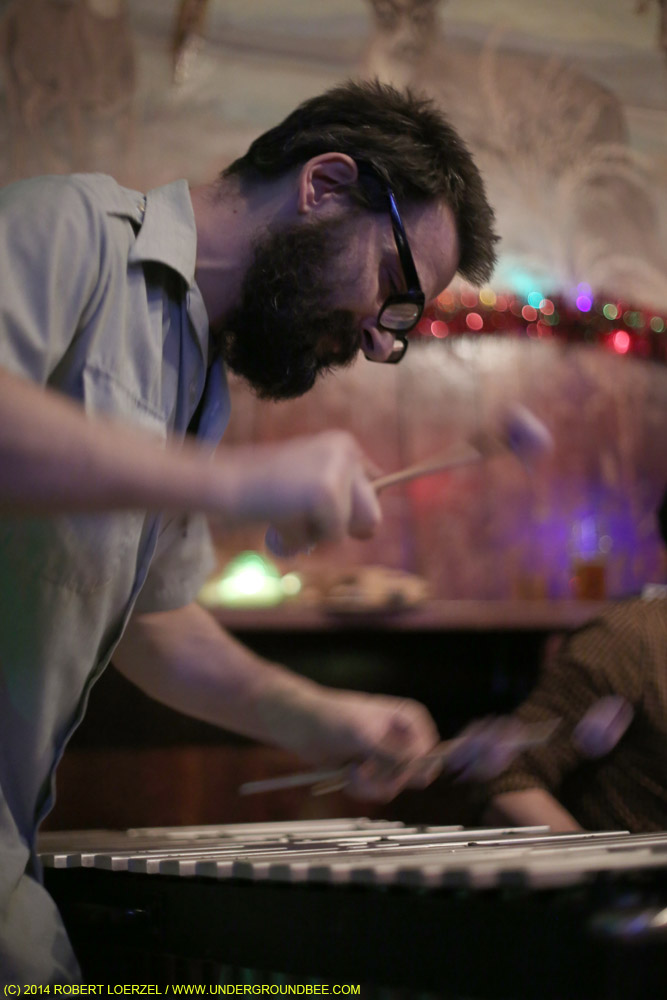 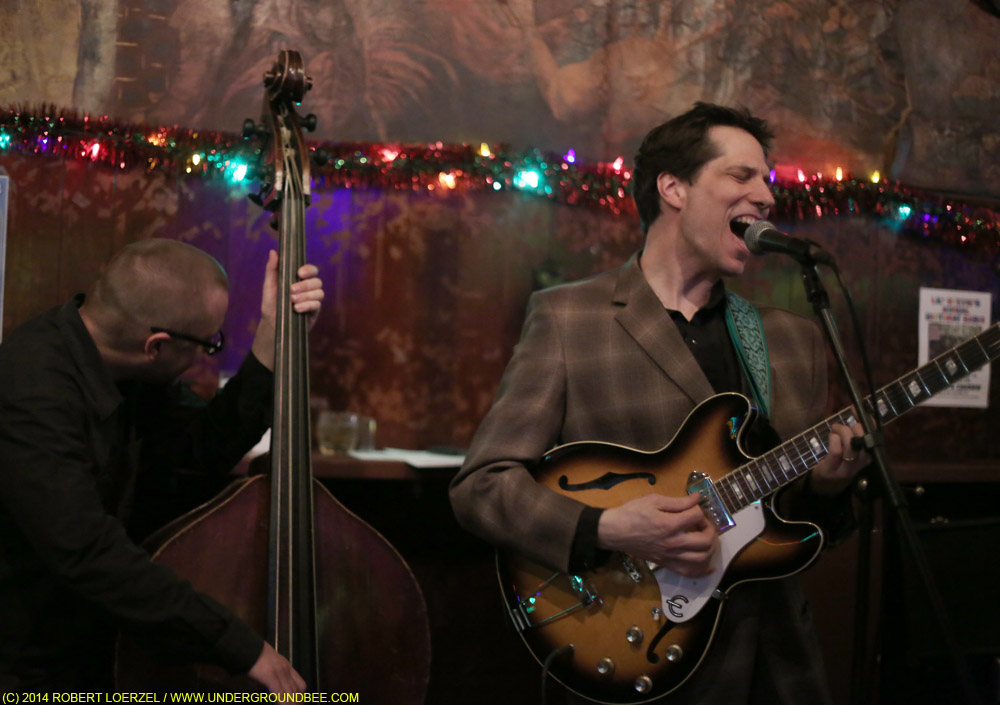 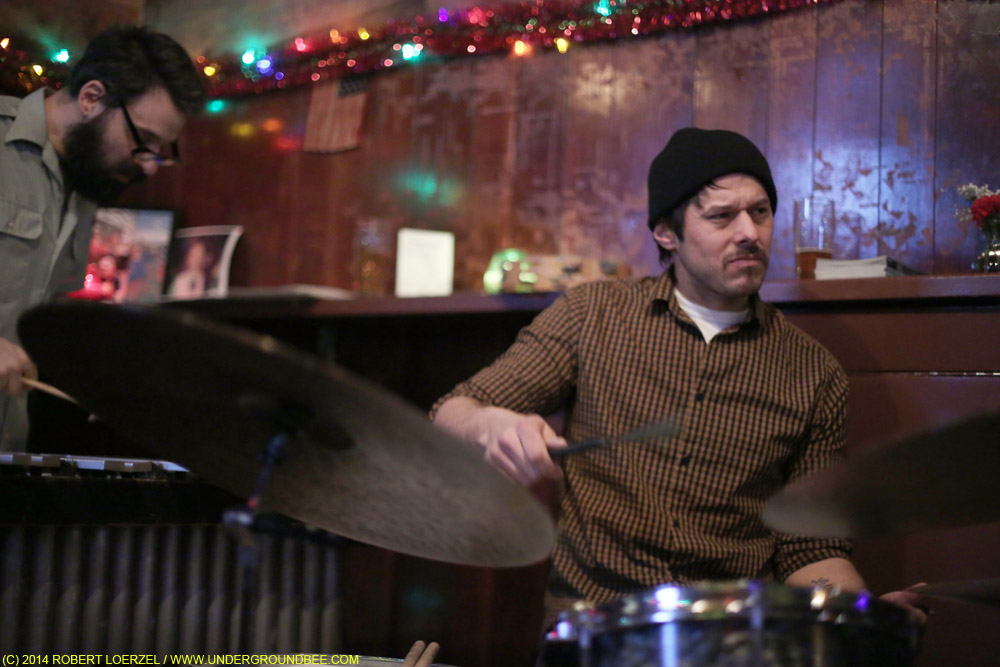 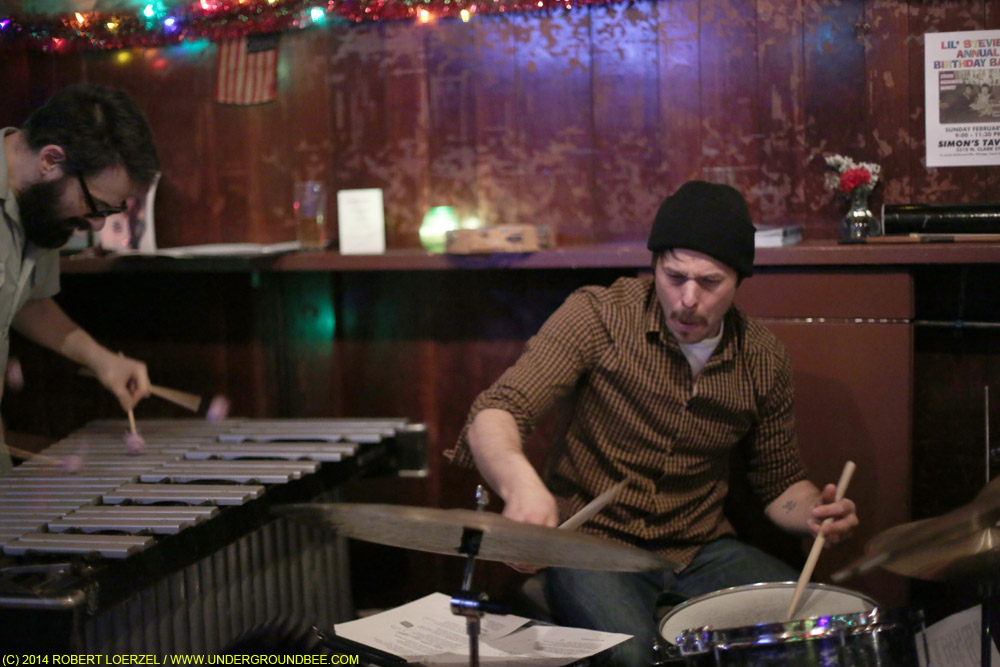 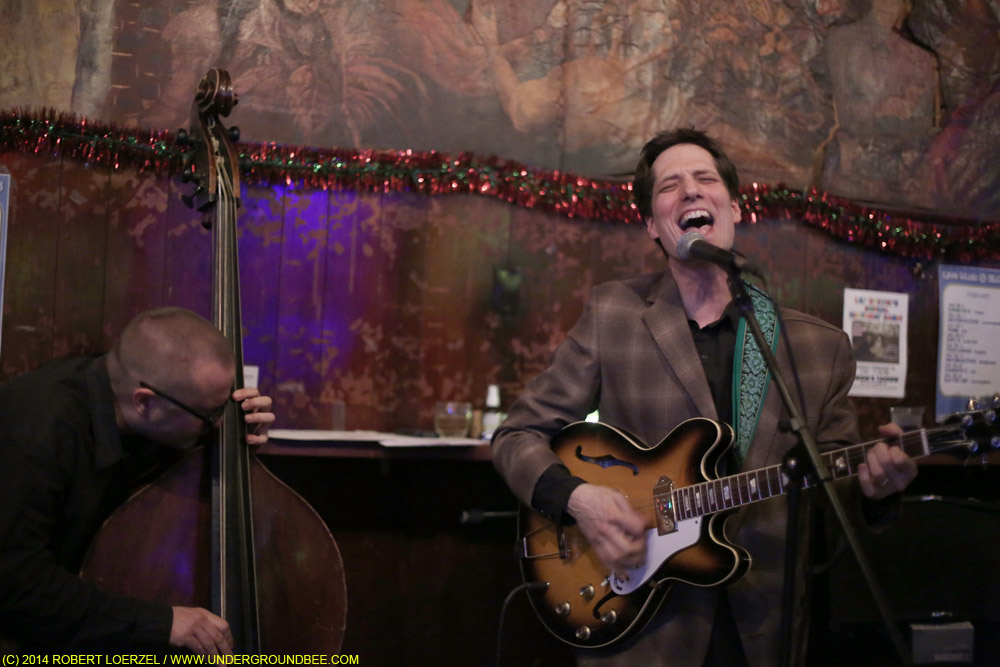 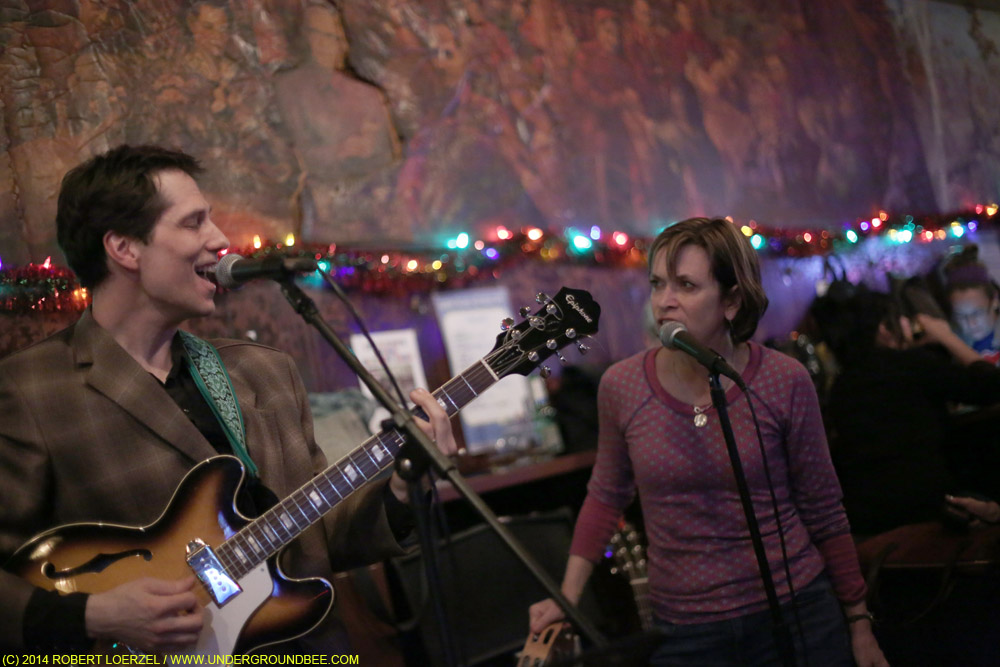 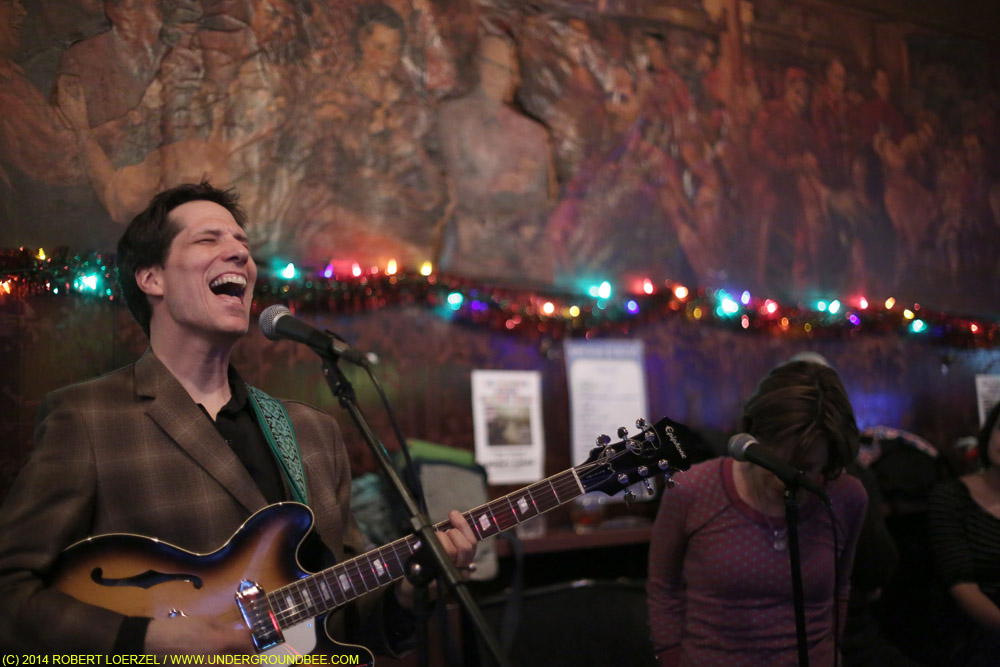 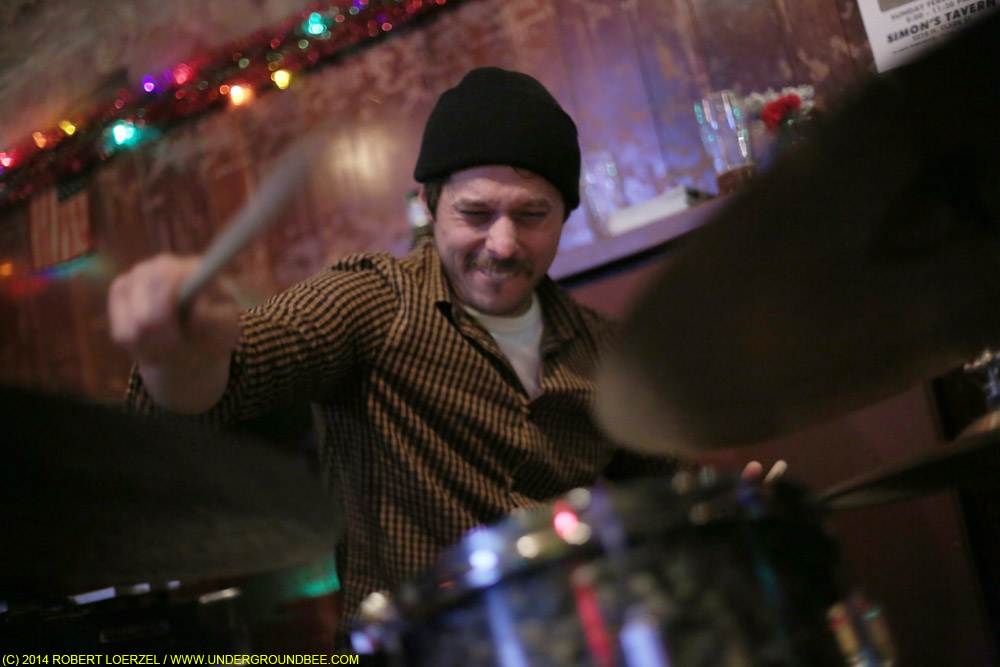 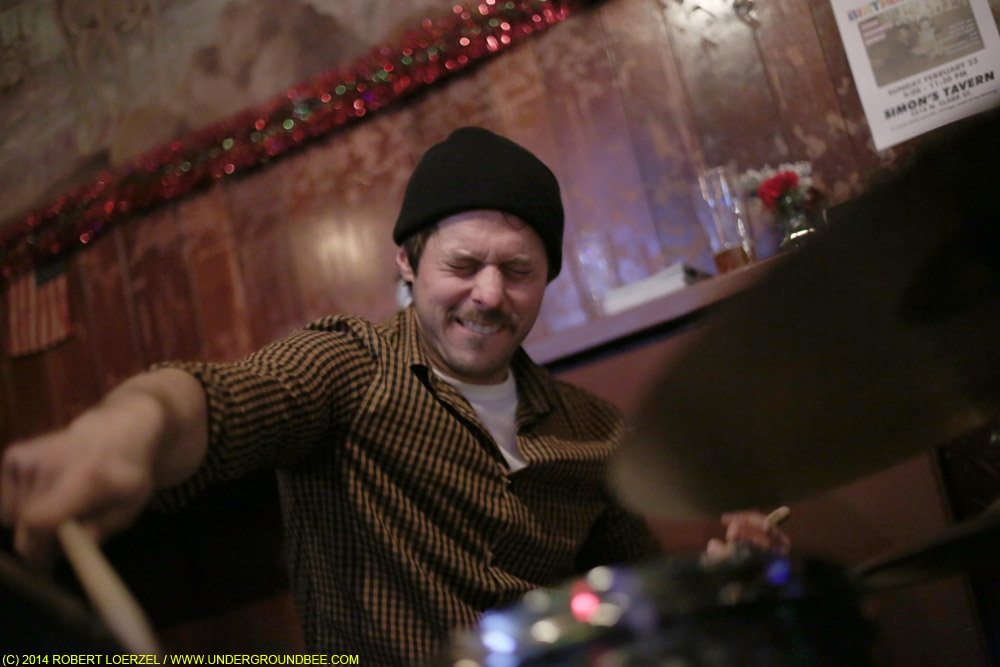