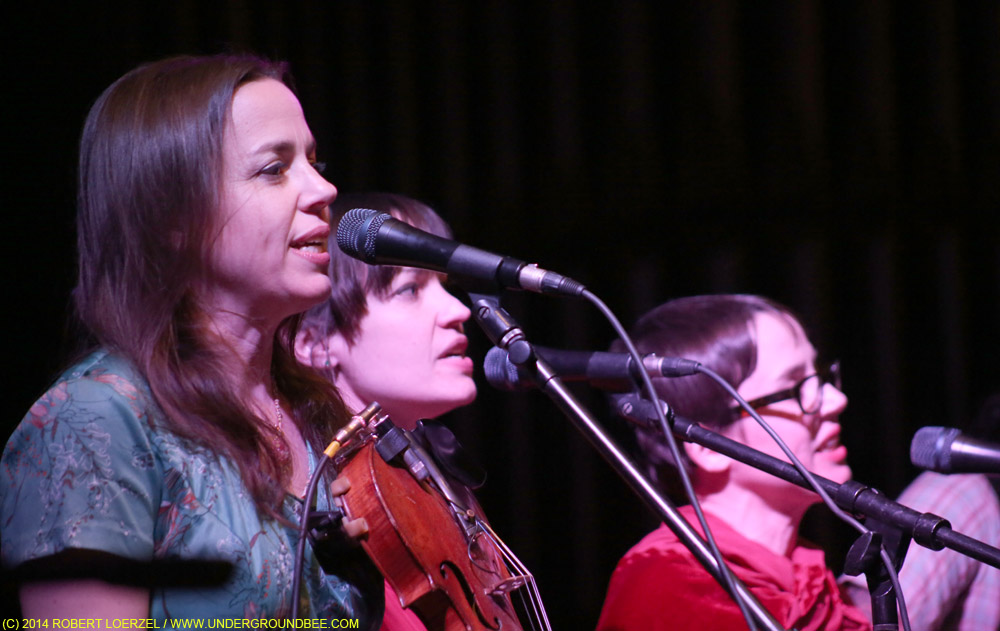 My photos from Day 2 of the South By Southwest festival, March 12, 2014, including LosPetitFellas, Jarvis Cocker, R. Ring, Birth of Joy, Señor Faraón, the Haden Triplets, Lyenn and Damon Albarn. (I have separate galleries for three of the other performers I saw on March 12: Mothercoat, Jambinai and St. Vincent.)

This was a real kick, seeing former Pulp singer Jarvis Cocker give a full-blown lecture on the art of lyric writing along with a PowerPoint presentation and video clips of songs of performers ranging from the Kingsmen to Leonard Cohen. This guy could be a pop-music professor. He was witty and insightful, even when he was making somewhat obvious points, such as when he presented his musical formula: “Music + Lyrics + Performance = Dynamite!”

What was the first song that had a big impact on the young Cocker, making him realize that song lyrics could make you see pictures in your mind? I wouldn’t have guessed this one, but it was Gordon Lightfoot’s “If I Could Read Your Mind.” Cocker played that song and then sat down with an acoustic guitar to play the first song he ever wrote, a silly ditty from 1978:

Cocker told about an argument he’d had with Noel Gallagher of Oasis, who insisted that the lyrics to the Beatles’ “I Am the Walrus” are utterly meaningless. Cocker, on the other hand, says the lyrics do have meaning, as well as some subtle internal rhyming schemes. The nonsense is a meaning in itself, he said — “a refusal to play the game, to engage in the charade.”

Should songs rhyme? For the most part, Cocker said yes. But he warned aspiring lyricists against becoming “rhyme-whores.” As an example of what can happen when you try too hard to come up with a rhyme, Cocker performed a hilarious karaoke version of the Des’ree song “Life,” which was voted the worst lyric of all time in a BBC poll. The song’s most egregious rhymes are the following: “I don’t want to see a ghost/It’s the sight I fear the most/I’d rather have a piece of toast.”

Another example of a bad rhyme, according to Cocker, is the ABC song “That Was Then,” which includes this couplet: “Can’t complain, mustn’t grumble, help yourself to another piece of apple crumble.” But then Cocker talked about how he loves a similar sort of reference in Nick Cave’s “Abbatoir Blues”:

Everything’s dissolving, babe, according to plan
The sky is on fire, the dead are heaped across the land
I went to bed last night and my moral code got jammed
I woke up this morning with a Frappucino in my hand

“What is it,” Cocker asked, “that distinguishes Nick Cave’s Frappucino from [ABC singer] Martin Fry’s apple crumble or Des’ree’s toast?” Cocker pointed out that Cave put the Frapuccino in the middle of a line, instead of sticking it at the end. It’s not part of the rhyming scheme, so it’s clear that Cave deliberately chose to include this iced coffee drink in his lyrics. He wasn’t throwing it in there just because he needed a rhyme. “There is no whiff of desperation in his Frapuccino,” Cocker explained.

Are song lyrics poetry? Despite many similarities between the two forms, Cocker said no. As an example, he played an acoustic version of the Pulp song “Babies,” pointing out an important element of the lyrics that would just look silly on the page — “Yeah, yeah, yeah…”

After playing clips of some songs he loves and admires — Dory Previn’s “The Lady With the Braid,” Scott Walker’s “Plastic Palace People,” Hot Chocolate’s “Emma,” the Velvet Underground’s “Heroin” and the Fall’s “Wings,” among others — Cocker took apart the lyrics to “You’re Beautiful” by James Blunt. “Attacking this song is like shooting fish in a barrel, but I’m going to do it anyway,” he said.

As Cocker pointed out, one of the big flaws in Blunt’s lyrics is the way he describes seeing a woman with another man in the first verse, announcing, “I’ve got a plan.” But then he never says what exactly his plan to win over this woman is. Blunt concludes: “It’s time to face the truth, I will never be with you.” Cocker responds: “Can you believe it? There was no plan. It was a LIE!”

Cocker concluded this entertaining lecture/show/performance with one more acoustic performance, a cover of Leonard Cohen’s song “Tonight Will Be Fine.” And then he noted that the magic of good song lyrics is that “the personal becomes universal.”

The text of Cocker’s lecture and some questions he answered at a previous appearance at the Brighton Festival in England, along with some of the video clips he used, are up at http://www.acrylicafternoons.com/jarvisonsong.html