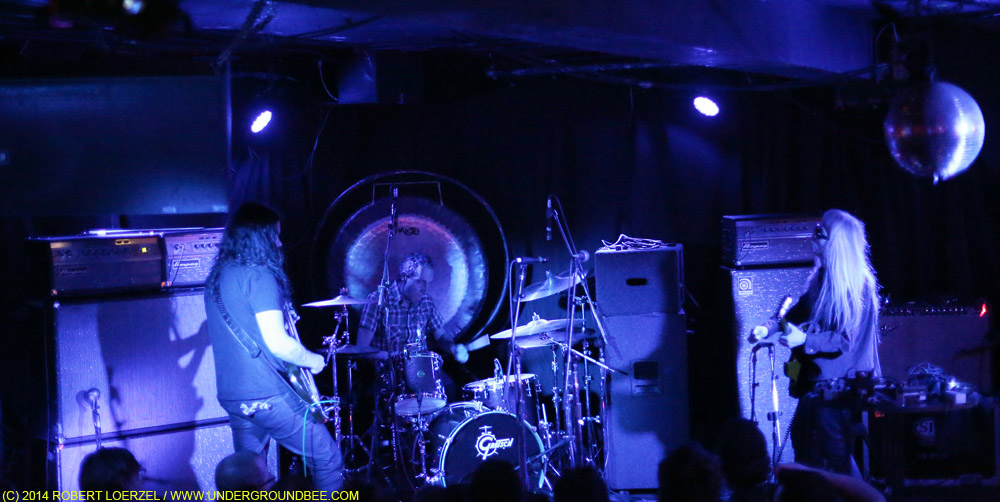 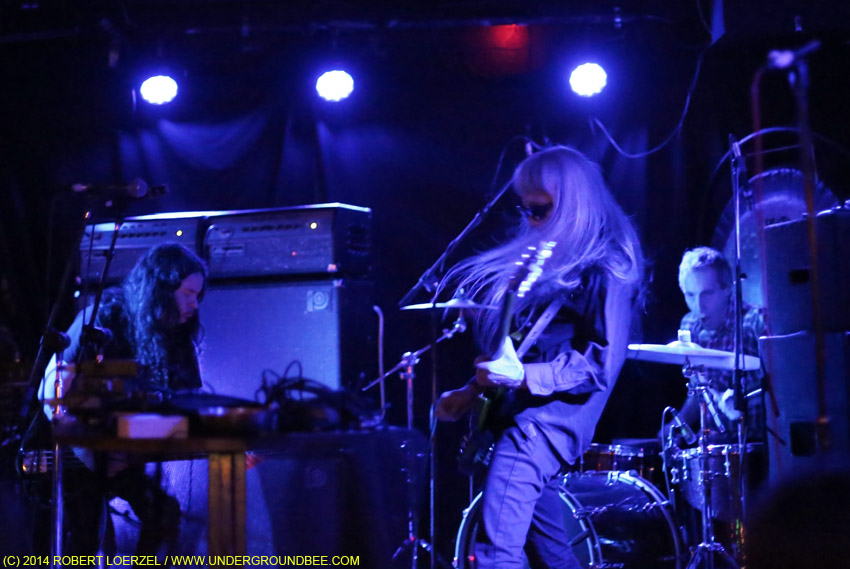 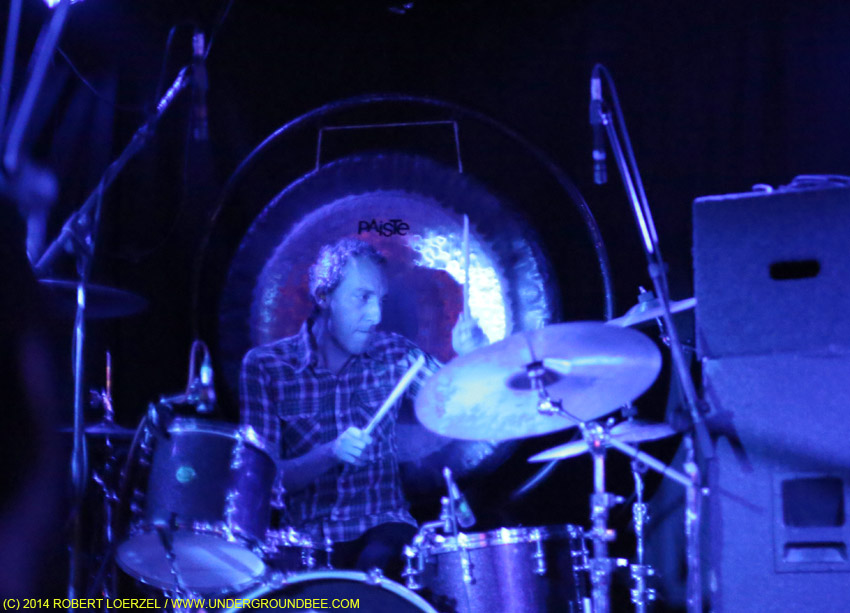 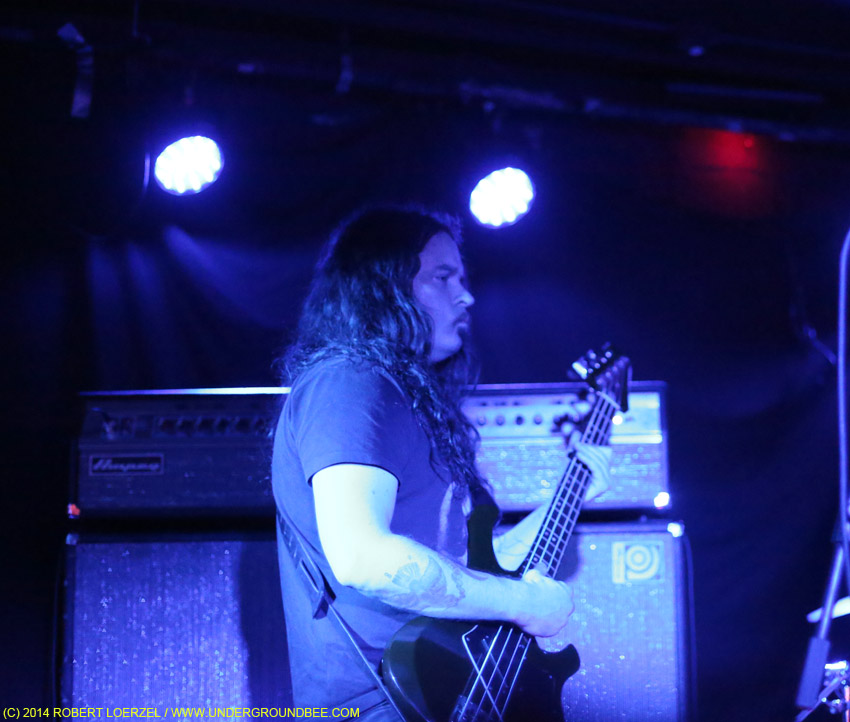 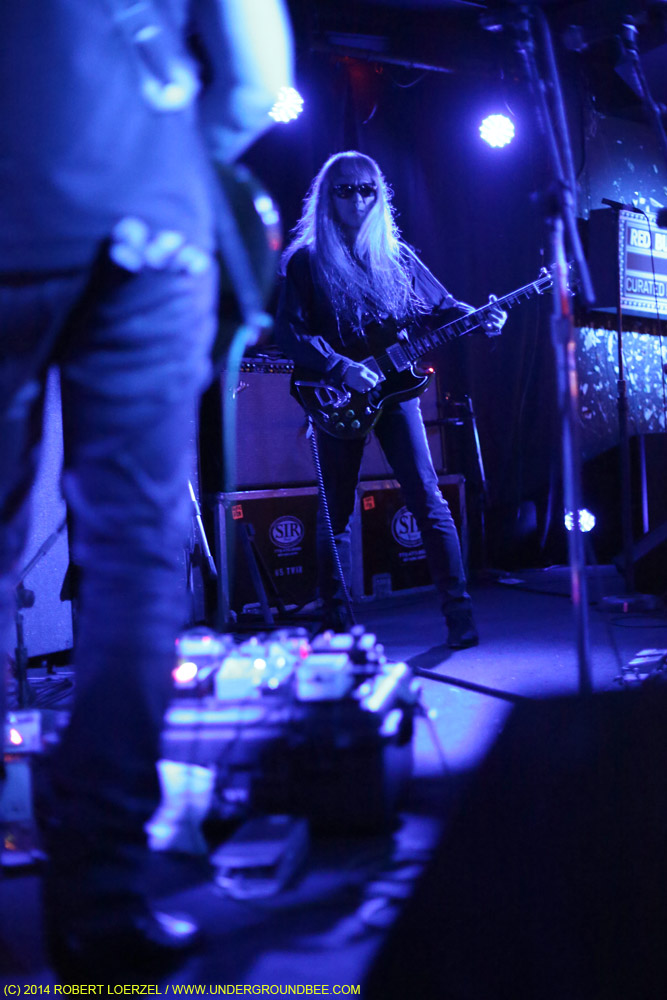 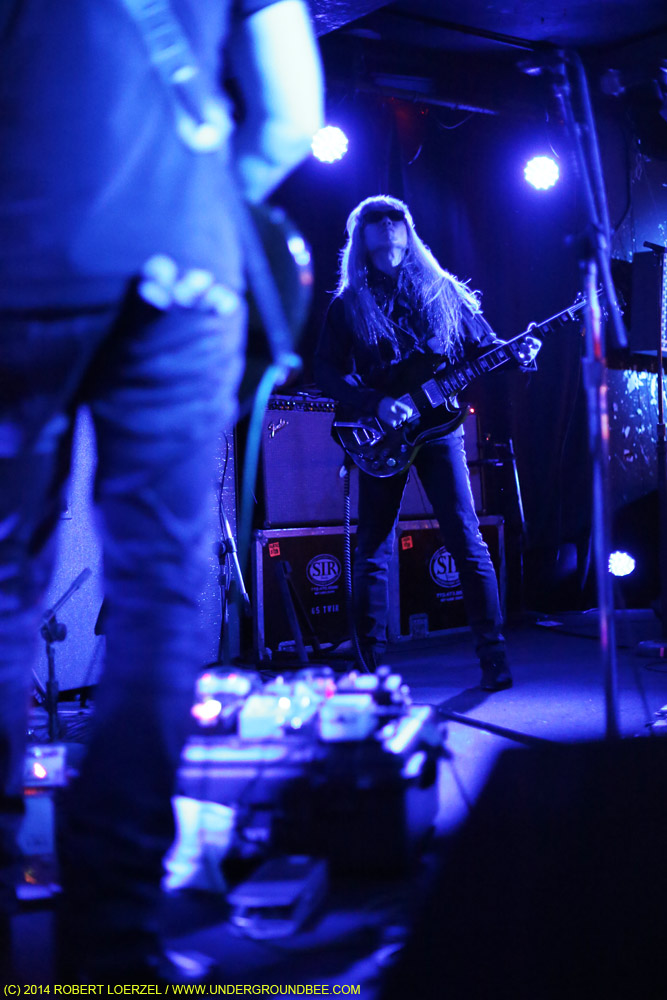 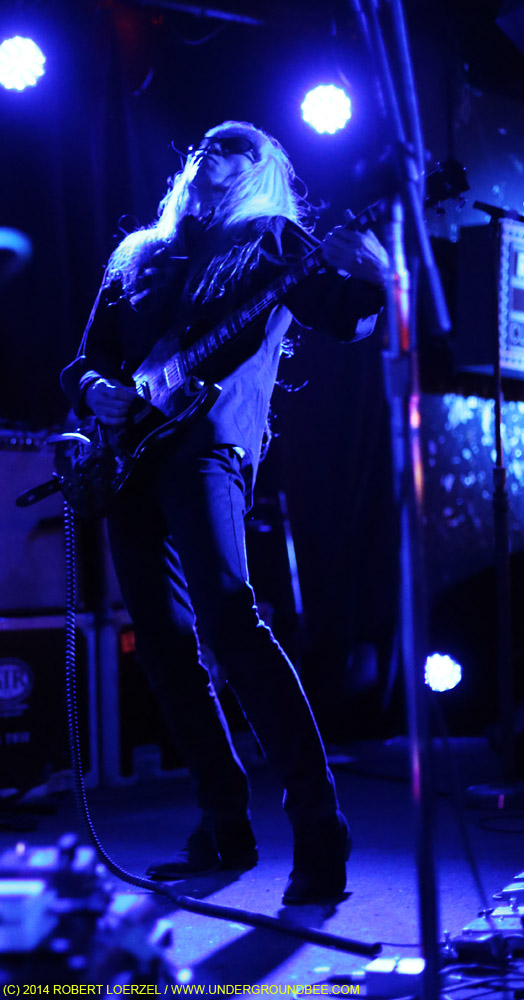 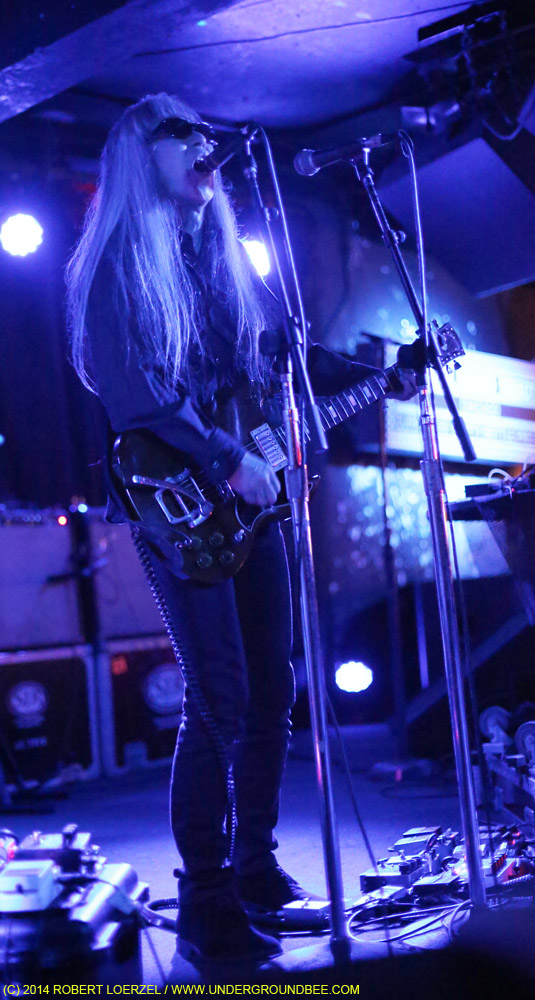 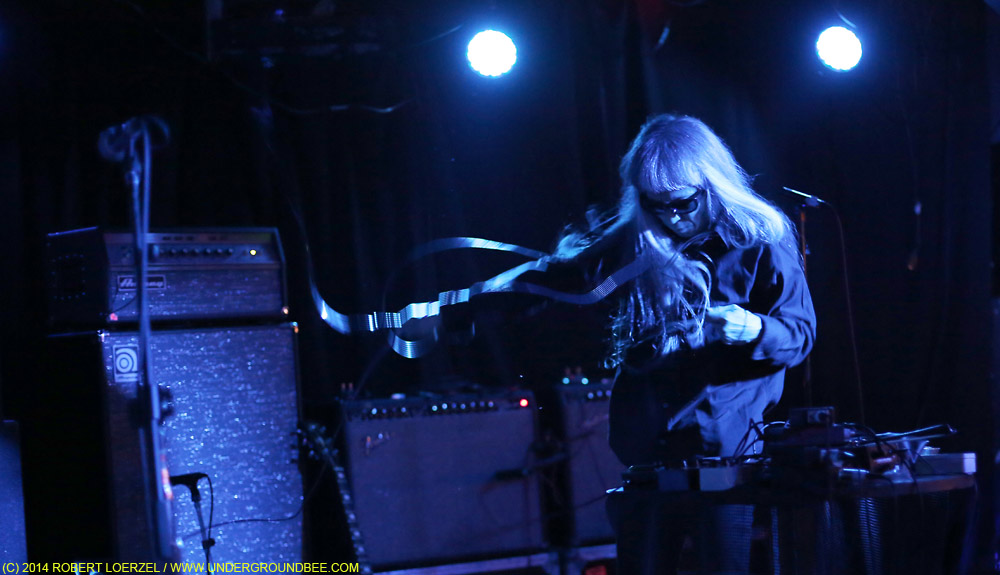 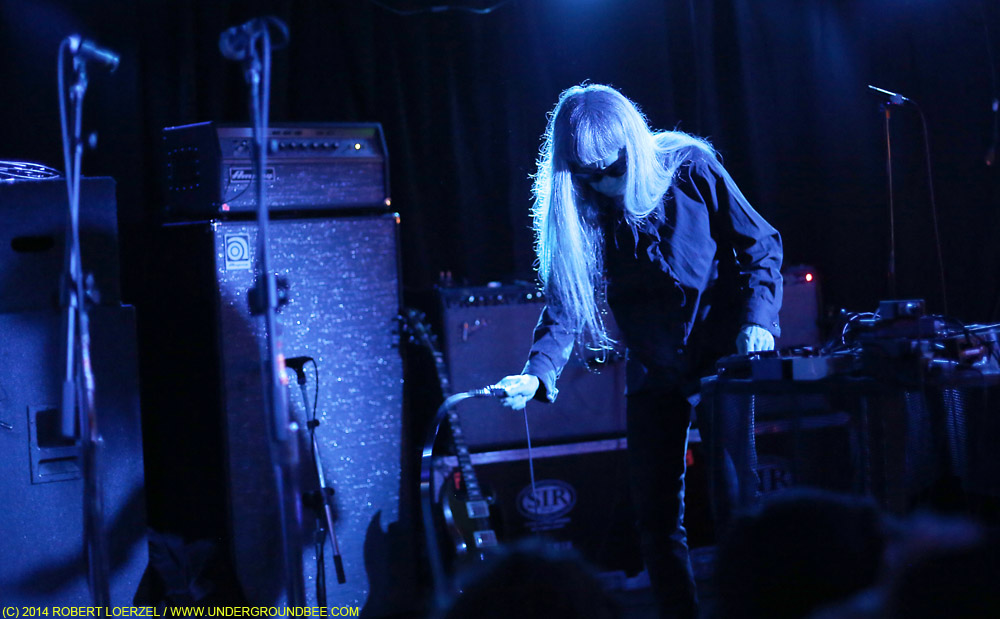 Last night (April 28) was an evening of extremes at the Empty Bottle. The headliners were two avant-garde legends making a rare appearance in Chicago: Keiji Haino and Tony Conrad. They played for about 90 minutes, taking just one pause. Was that two “songs”? Not exactly. More like one long improvisation with a slight break in the middle. Conrad played violin most of the night, seemingly strangling the instrument at some moments, or at least molesting it in various ways that aren’t taught at Juilliard. Conrad also bowed a plastic disc with a hole in it, and played for a bit on a pedal steel guitar.

Over on the other side of the stage, Haino was bending over into his microphone, screaming and flailing around his long mane of gray hair. Haino also made noises with various unidentified electronic devices, blew into a curvy plastic tube and wailed away on his electric guitar.

How did it all mesh together? At some moments, the ferocity of what Hainu and Conrad were both doing was almost overwhelming. At other times, the performance began to sag a bit, but then the duo would always rally back.

The first act of the night was Bloodyminded, who offered up even more ear-splitting screams over electronic squiggles that were nearly completely atonal, as far as I could tell. Then came avant-garde music of a completely different character, as David Daniell and Doug McCombs played their slow and sublime glacier of guitar chords. The beautiful hum got its pulse from Frank Rosaly’s subtle, jazzy percussion.