You’d think from the coverage that appeared in the Trib this week that tonight’s headliner was Kinski, but that was just the opening act. 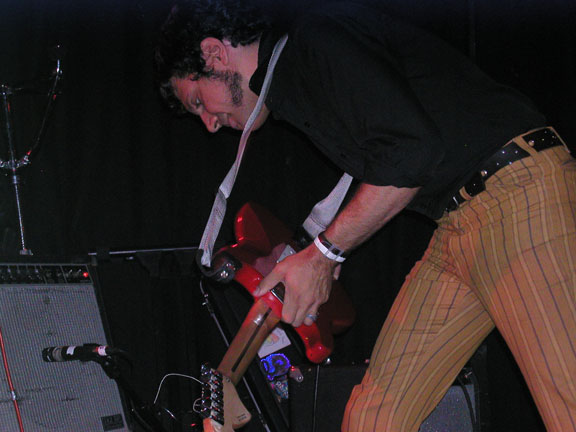 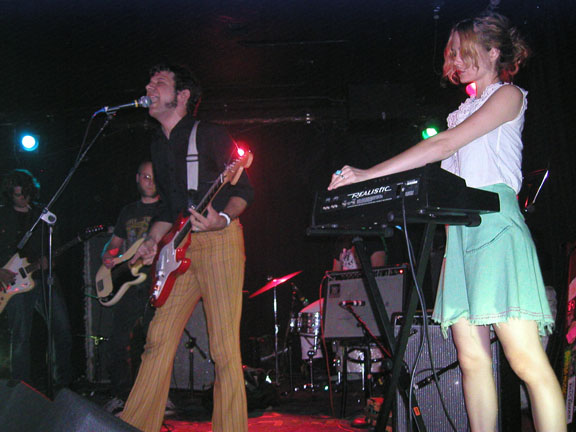 Plastic Crimewave Sound got things started with their typically noise-filled rave-ups… definitely in the old droning tradition of the Velvet Underground. Not bad. Kudos for including a harmonica solo. 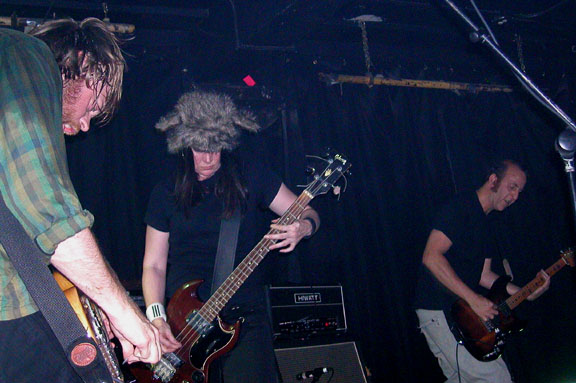 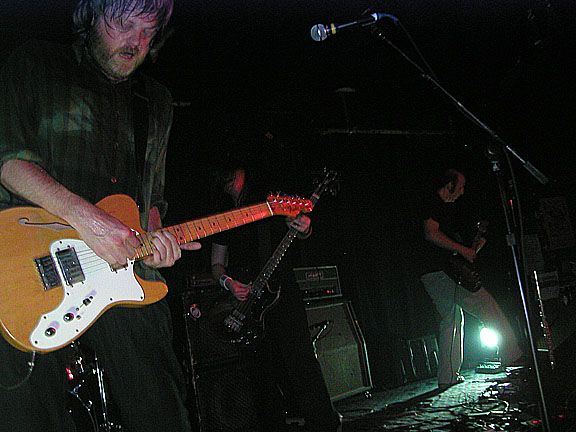 Kinski is a mostly instrumental (or is that “instrumetal”?) band, sounding great when it locks in on a heavy riff. I’m not quite as convinced about Kinski’s quieter and more experimental passages, but it is certainly an interesting and enjoyable group. 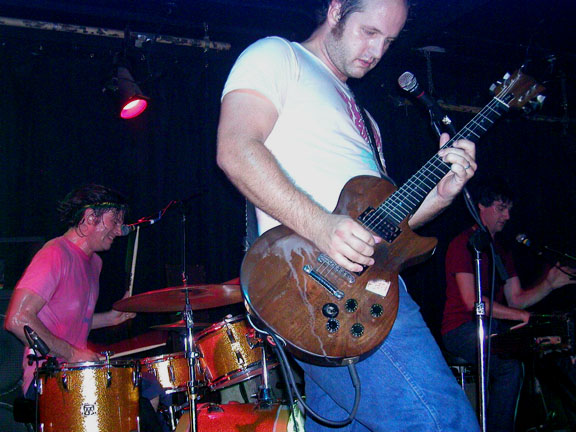 Oneida’s one of the most underrated bands around — or at least unheralded. I don’t understand why Oneida doesn’t get more ink. Maybe it’s the band’s deliberate use of repetition. Maybe it’s their reputation as an “underground” band. In any case, Oneida plays songs that are both accessible in terms of melody as well as insanely energetic. Oneida takes those little instrumental passages that other bands play and stretches them to the breaking point — sometimes past the breaking point — until they became something like mesmerizing mantras. You’re hearing the same thing over and over until it starts to sound different. Or maybe it is different?

Oneida pulls off its musical tricks with a minimum of technology. The trio (organ, drums, guitar/bass) plays music that is both tightly controlled, in the tradition of Krautrock bands like Can, while sounding like it could spin out of control at any moment, thanks to the amazing drumming.