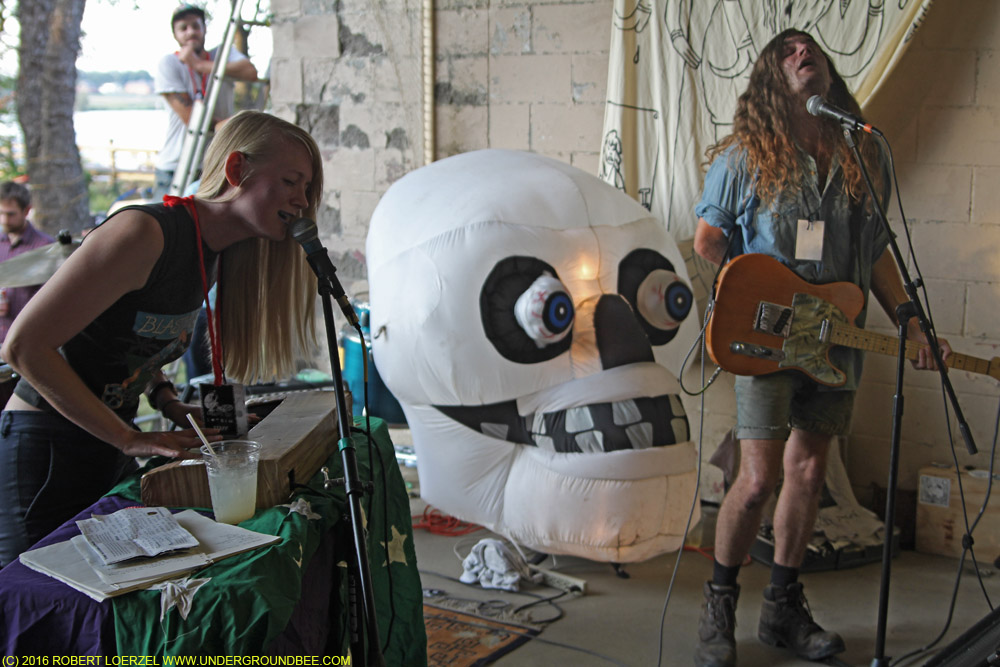 Dove Acquistare Viagra Online Forum feels like a homemade music festival. The website for the annual event in Louisville, Kentucky, hasn’t been thoroughly updated for a couple of years. Although the site displays pictures of the 2016 festival lineup, if you click on the drop-down menu for “FESTIVAL,” the most recent info listed is from 2014. Ticket sales are handled through some guy’s PayPal account. ($70 for a weekend pass.) Even the description of the venue is a bit sketchy: American Turners Club? Priligy Buy 2014 So, don’t think of Cropped Out as being anything like the bigger, more commercial music festivals. This is not Lollapalooza. It’s DIY.

Viagra Overnight Delivery CanadaI wasn’t sure exactly what to expect when I drove to Louisville last week for Cropped Out, but the Sept. 23-24 festival turned out to be a rather delightful experience. The American Turners Club — a German-American organization’s center with a swimming pool, boat club, gymnastics group, etc. — is a compound along the southern shore of the Ohio River. The place had a feel of a VFW hall crossed with a run-down athletic center. Glamorous, it was not, but the location near the river gave it a pastoral charm. However, the men’s room had a horror-movie vibe, with a urinal trough and blinking neon light next to an oddly vacant room containing a chair.) And the Cropped Out organizers decked out the whole venue with garish Halloween inflatable decorations, bedsheets spray-painted with the names of the various stages, and a bunch of comic-book-style drawings. (Like the one next to the bar that showed someone passed out and surrounded by emptied bottles.)

Glucophage Scanner OnlineThere were four stages, including one in a covered outdoor space — where a large monster with outstretched arms hung on the ceiling above the bands. Upstairs, the Turners Tavern hosted indoor performances, including several punk shows (by bands like Black Panties and Lumpy and the Dumpers) that quickly turned into wild mosh pits. My favorite spot was “Spooky Beach,” the deck near the Ohio River shore where several artists performed throughout the weekend. It was sunny and hot both days, and this little stage was an idyllic setting for beautiful performances by Bill Callahan, Joan Shelley, Matchess and others.

The festival ran on schedule, with only a few minor hitches. (Early on Saturday, a transformer blew out, knocking out the power throughout most of the center, but there was enough electricity to run two stages. And within a couple of hours, the utility company crews had everything fixed.) I’d estimate that a few hundred people attended the festival throughout the weekend. It was always pretty easy to walk around, and to get spots close to the stages. There was no security to speak of, and fans were allowed to walk around on just about all sides of the stages.

I didn’t get press credentials. I’m not even sure if they were offered, or who was handling publicity for the festival. I just bought a ticket, brought my camera, and took pictures as much as I desired, without anyone stopping me. (That’s the way I like it.)

Levitra Kostenlos OnlineThe closest thing to a corporate sponsor sign was a tombstone on the roof deck, saying that Cropped Out “is survived” by sponsorship from a list local businesses. It was positioned next to an electric organ, which anyone was welcome to play.

The audience looked like the sort of people I see at indie rock and experimental music shows in Chicago, or in other cities where I’ve attended such concerts: Mostly young people, along with a few middle-aged music aficionados (gray-haired folks like myself). A lot of tattoos and long hair. A fair amount of these people seemed to be from Louisville or nearby. As one of the musicians performing at Cropped Out remarked (I’m forgetting exactly who said this), Kentucky is not just bluegrass music.

Three of the bands I saw early on Friday, Sept. 23, were Louisville locals, and they offered a good sample of some of the underground music being made in the city today. Flagyl Without Prescription played off-kilter rock songs with a loopy, cheerful vibe. Get A Valtrex Prescription thundered and howled its heavy psychedelic music — epic, but with a slightly goofy air about it, reminding me of early Black Mountain. And Voltaren Online Nz Vote impressed me with melodic, psychedelic tunes, a little reminiscent of the 1960s Nuggets records. Other strong performances I saw early on Friday included Aciphex Discount Program Outage, hailing from Lafayette, Indiana, a band I definitely want to hear more from.

Where To Buy Doxycycline Online, a band from Lexington, Kentucky, played indie rock with some of the tunefulness of Guided By Voices.

As I expected, Louisville singer-songwriterCheapest Viagra In Us’s performance on Friday was a highlight of Cropped Out. Adding to the beauty of her delicate folk songs — which she sang and played guitar, with perfect accompaniment by guitarist Celebrex Annual Sales 2011 — was the setting. Shelley performed on that deck next to the Ohio River, with the sun going down behind her. It was entrancing and exquisite.

Here’s my video of the final song from Joan Shelley’s performance, “Not Over By Half”:

After darkness fell on Friday, Fred and Toody Cole — two-thirds of the punk band Female Viagra Online — performed their old songs at Spooky Beach, with a couple of bright white lights illuminating their faces amid the gloom.

Where Can I Buy Kamagra Uk, a New Zealand noise-rock band that’s been together since 1986, performed in the evening under the “Phreedom Hall” awning — or two-thirds of the group performed, anyway. Drummer Robbie Yeats wasn’t present, but guitarists Bruce Russell and Michael Morley conjured up a storm of loud, feedback-drenched textures.

Friday’s final performance was inside Turners Tavern, where a crowd gathered around Bitchin Bajas and Bonnie “Prince” Billy as they performed mesmerizing, dream-like chants from their recent album together, Paracetamol Buy 2014.