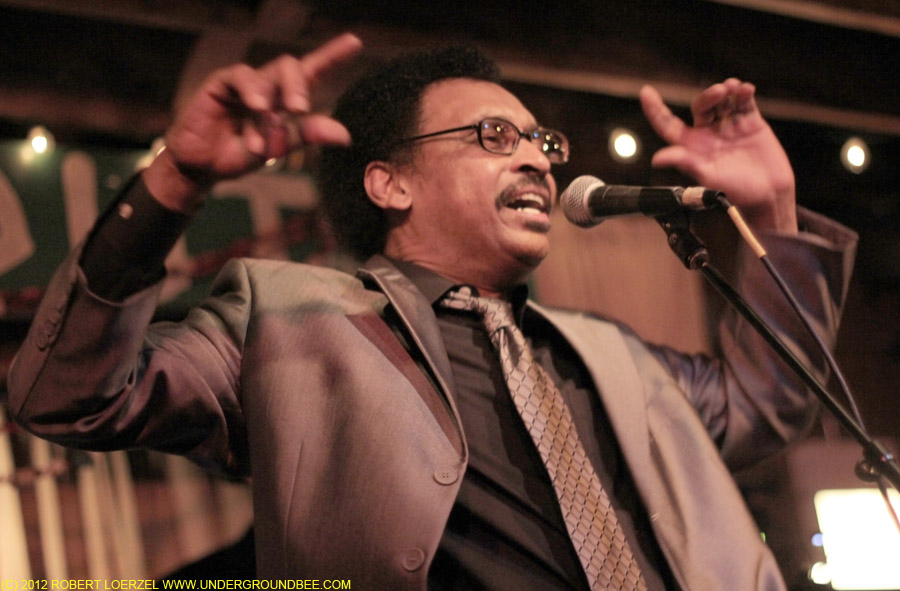 I’m a firm believer in the idea that a lot of good music gets forgotten. For every classic-rock band you hear on the radio a zillion times, there are a zillion bands barely anyone’s ever heard of… and at least a few of those zillions are worth hearing. Chicago’s Numero Group record label has done an exemplary job of bringing new attention to some of the forgotten greats. The label has reissued folk and psychedelic music, but its best-known speciality is soul music. Numero has an ongoing series of albums called “Eccentric Soul,” featuring long-lost tracks by record labels that folded years ago. The albums (available on both CD and vinyl) are lovingly packaged, and the Numero folks have a great ear for picking out some noteworthy tunes you’ve probably never heard before.

Now, a few of the soul musicians championed by Numero are back on the concert stage. Some of them played this spring at Park West (a show that I missed, alas). On Saturday night (Nov. 7), the Eccentric Soul Revue was back — this time at Lincoln Hall, with a revamped lineup. The evening was a real blast. A younger soul group, JC Brooks & the Uptown Sound, served as the house band, keeping the music going almost nonstop for more than two hours as various singers stepped up to the mike. There was barely a pause as the horns kept blowing and the funky guitar chords kept twitching.

Things got started with some gospel harmonies, courtesy of Pastor T.L. Barrett & Choir. Their music is featured on the Numero CD Good God! Born Again Funk. After a couple of songs from JC Brooks & the Uptown Sound, Renaldo Domino took center stage. Domino hadn’t performed onstage since the early ’70s, but he certainly didn’t sound as if he’d been away that long. Like everyone else in Saturday’s variety show, Domino seemed completely at ease strolling the stage, wearing the sort of leisure suit he probably wore in concerts more than three decades ago. And his voice sounded great. His music, including the cool tune “Not Too Cool to Cry,” is on the compilation Twinight’s Lunar Rotation.

Saturday’s show added a couple of female singers who weren’t at the Park West show: Sharon Clark and Linda Balentine. They both had strong voices and strong personalities that came through during their brief appearances. I wish they’d had a bit more time to play more songs. Balentine played the A side and B side of the only single she ever recorded, an ultra-rare 45 with “Glad About That” and “You’re a Hard Habit to Break,” which Numero reissued on a collection called The Bandit Label. Clark’s music is available on The Young Disciples.

In between the sets by Clark and Balentine, the Notations harmonized on a string of soulful oldies, one of the highlights of the evening. Three of the singers took turns on lead vocals, each showing his own distinct style and personality.

The final act of the night was Syl Johnson, who used to be on the Twinight record label together with the Notations and Domino. (Numero plans to put out a collection next year of Johnson’s complete recordings from 1959 to 1972.) Johnson’s standout songs on Saturday included “Thank You Baby,” and he closed his segment of the concert with a spot-on cover of Al Green’s “Take Me to the River.”

Lincoln Hall was fairly crowded for the Eccentric Soul Revue, and the audience included both old and young fans. A fair amount of people danced and clapped along to the music, and the musicians seemed to be delighted at the response. It all came to a rousing conclusion when the choir returned, standing on the floor in front of the stage, and all of the evening’s performers joined their voices in a cover of the Rolling Stones’ “You Can’t Always Get What You Want.”

Photos from the Eccentric Soul Revue.