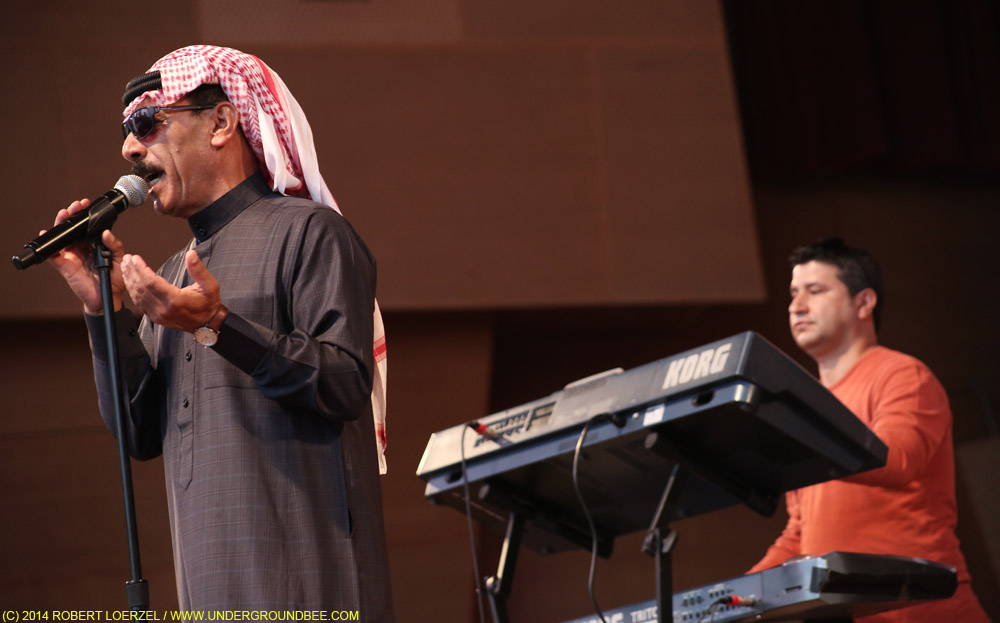 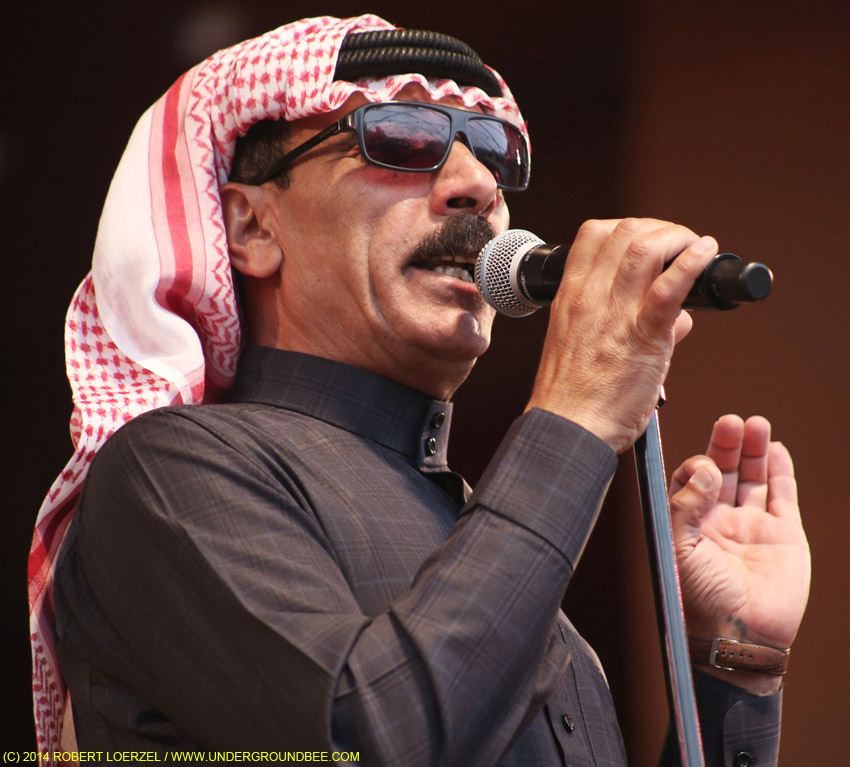 Syrian singer Omar Souleyman cast a strange spell as he performed Monday night on the Jay Pritzker Pavilion stage in Millennium Park. He did not make any especially flamboyant gestures as he strolled the stage — and yet, he has a commanding presence. A contingent of Syrian or Arab-American fans was going a bit nuts in the seats near the stage. And plenty of people who don’t know a word of Arabic or Kurdish, like me, were getting into the music, too. As usual, the Millennium Park security guards were on a buzzkill mission, insisting on getting people out of the aisles when they tried to dance. A lot of people managed to dance anyway, mostly by standing in front of their seats. The mood was festive.

The only musician accompanying Souleyman was his amazing collaborator, Rizan Sa’id, who sounded like a whole band of electronic musicians as he played synth solos and dance rhythms on two Korg keyboards. Sa’id is not a demonstrative entertainer, but the sounds he coaxes out of those instruments are very impressive. At the end of the show, the nonchalant maestro didn’t even take a bow. He just walked off the stage, barely looking at the crowd that was roaring with approval. 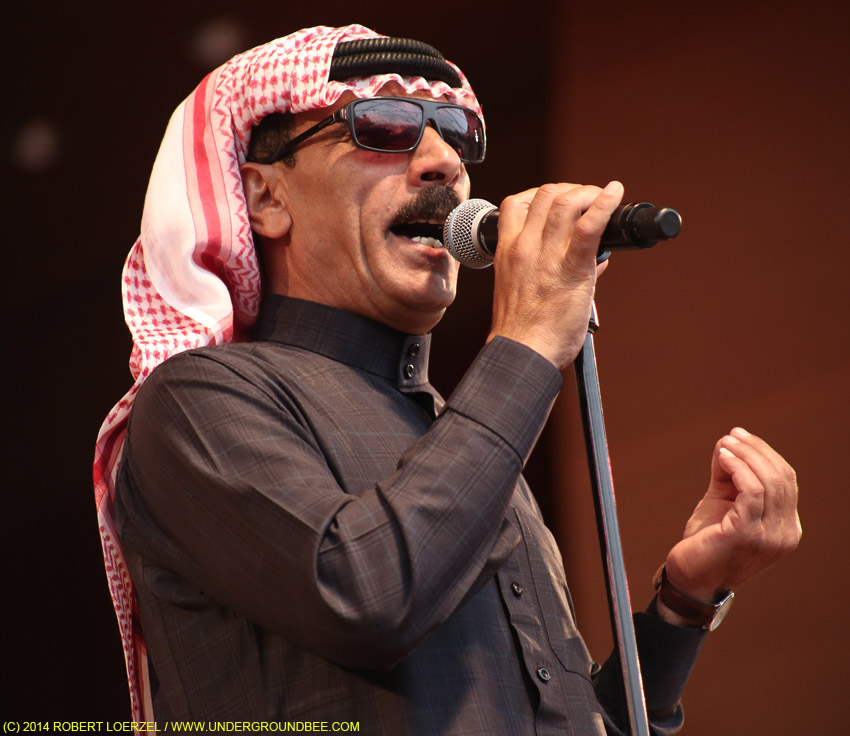 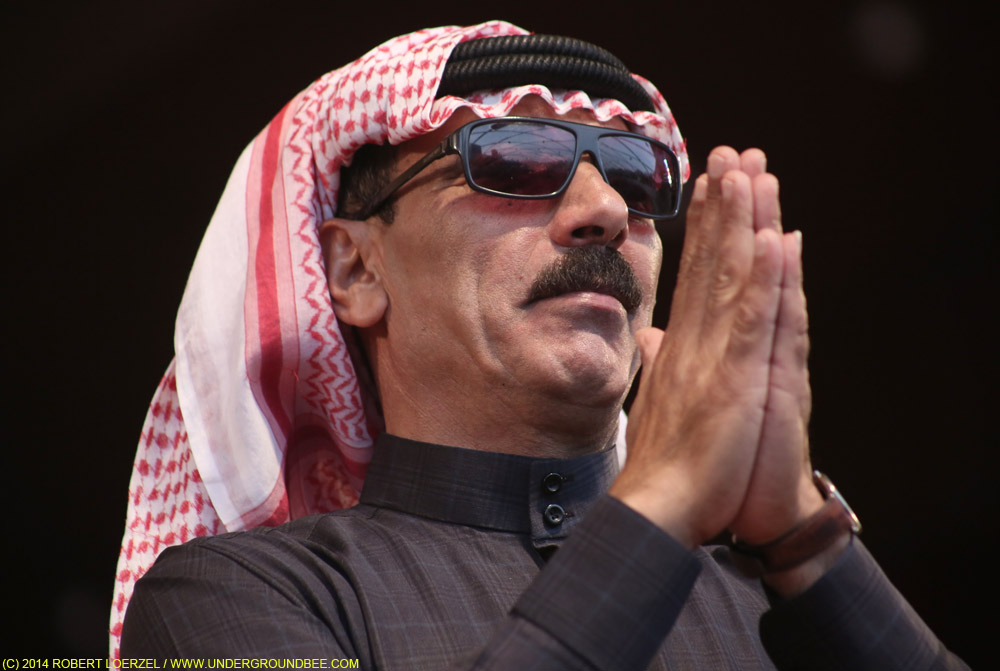 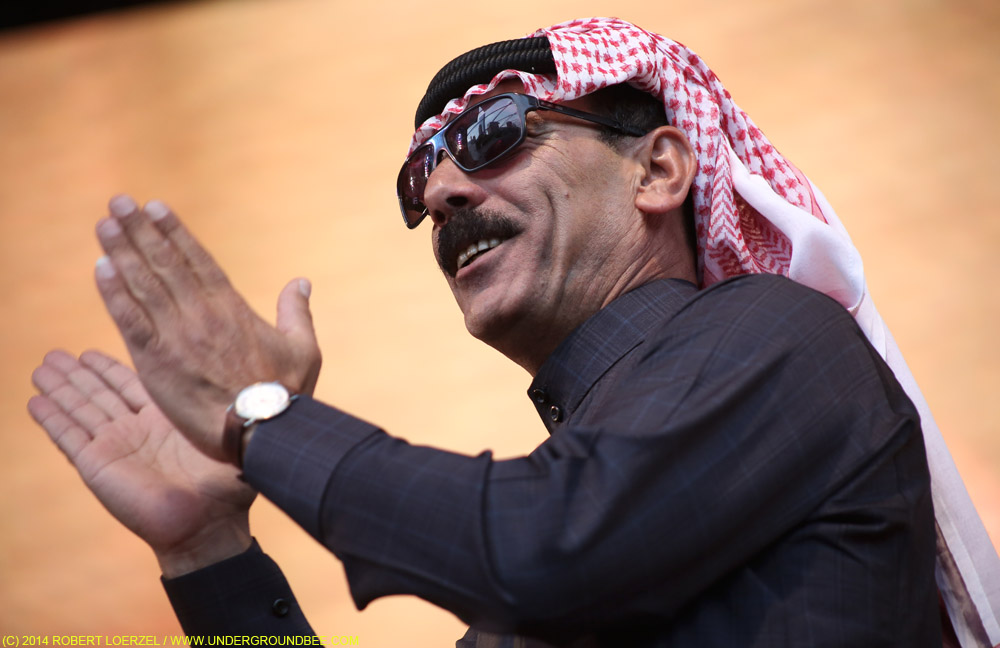 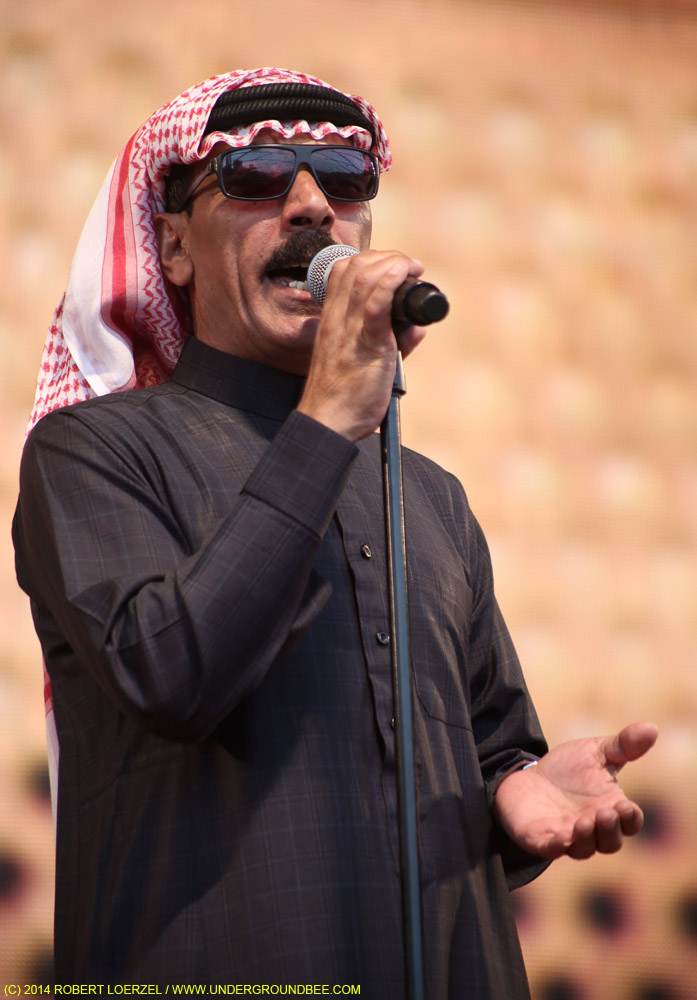 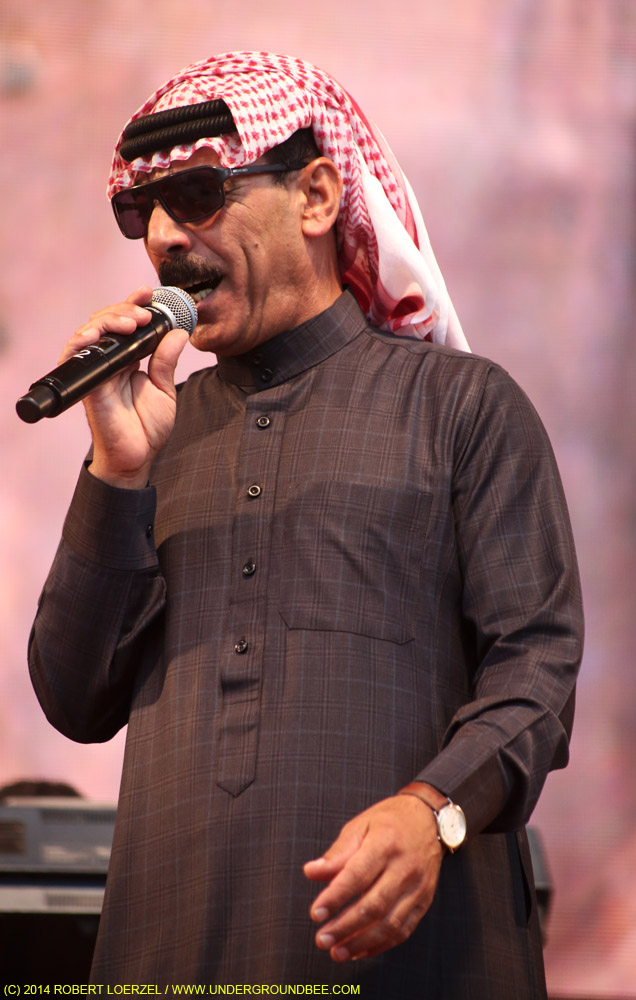 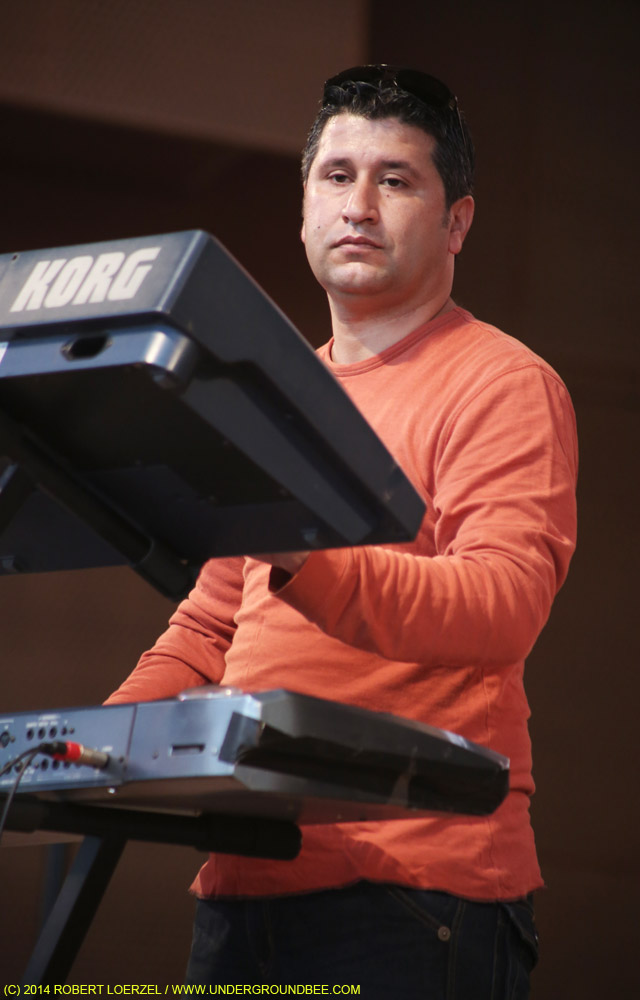 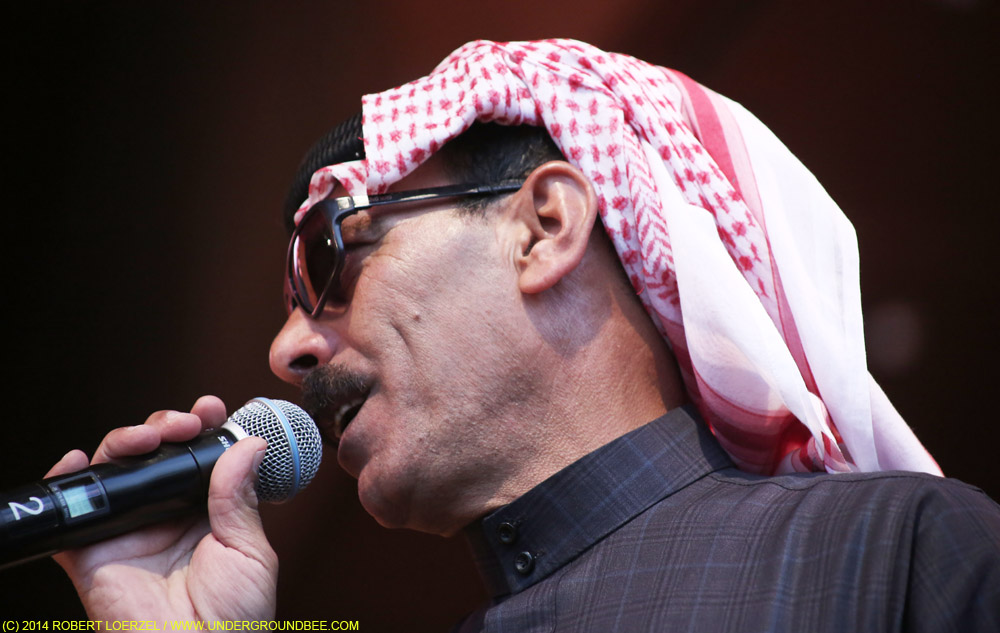 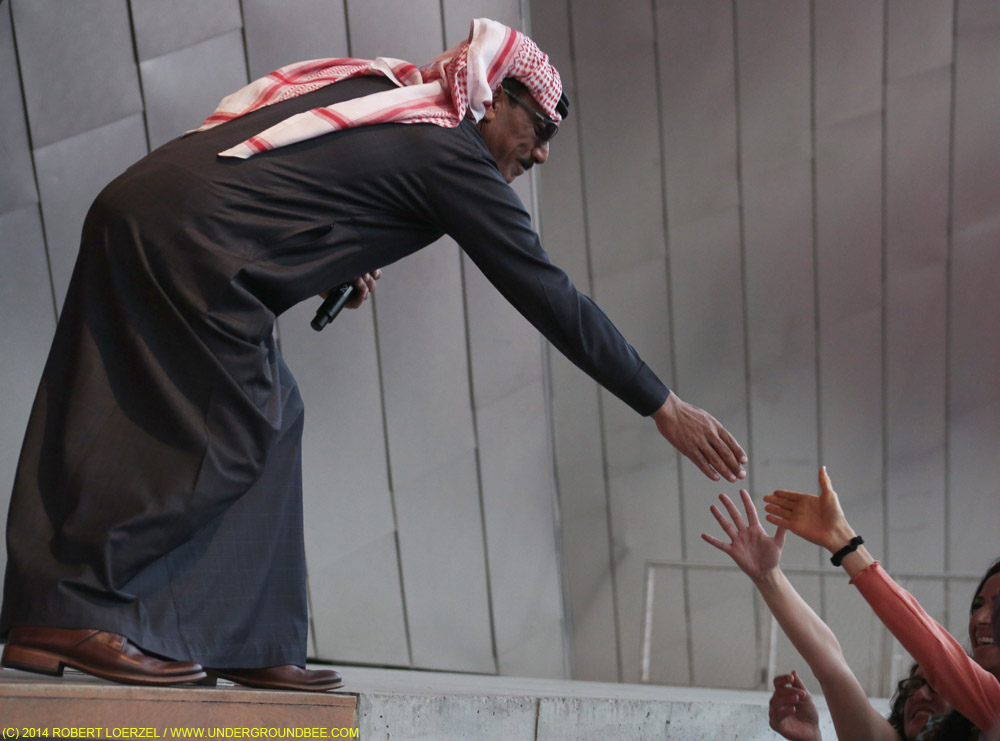 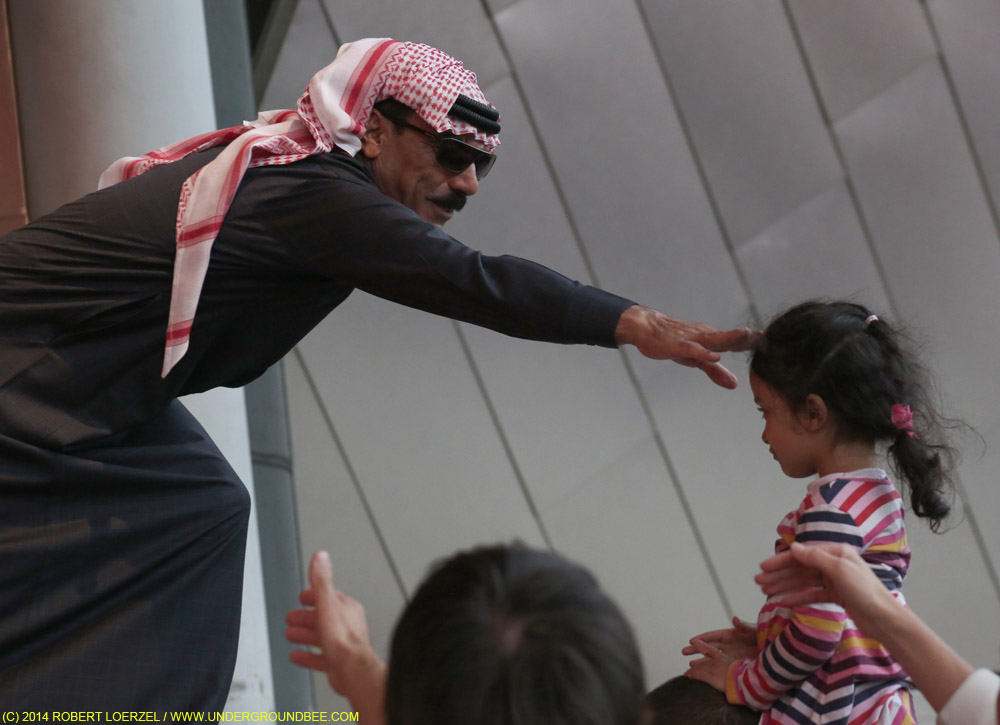 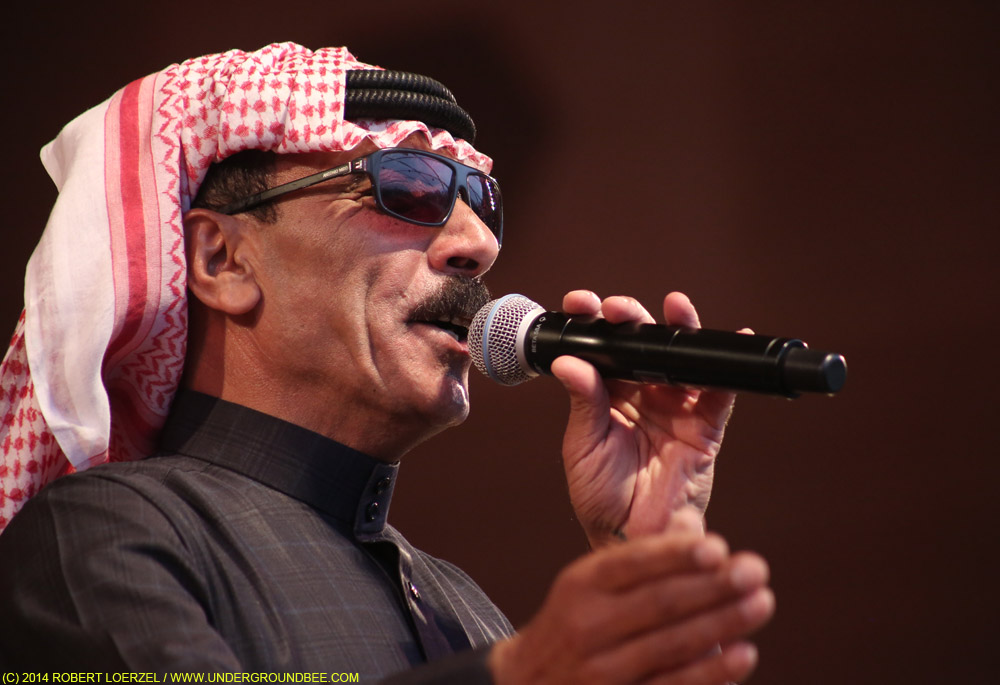 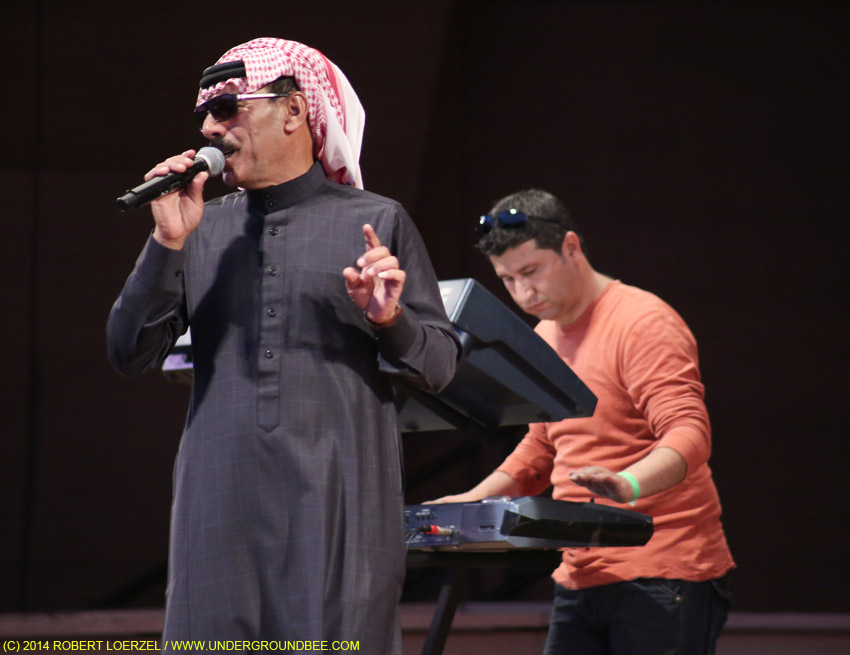