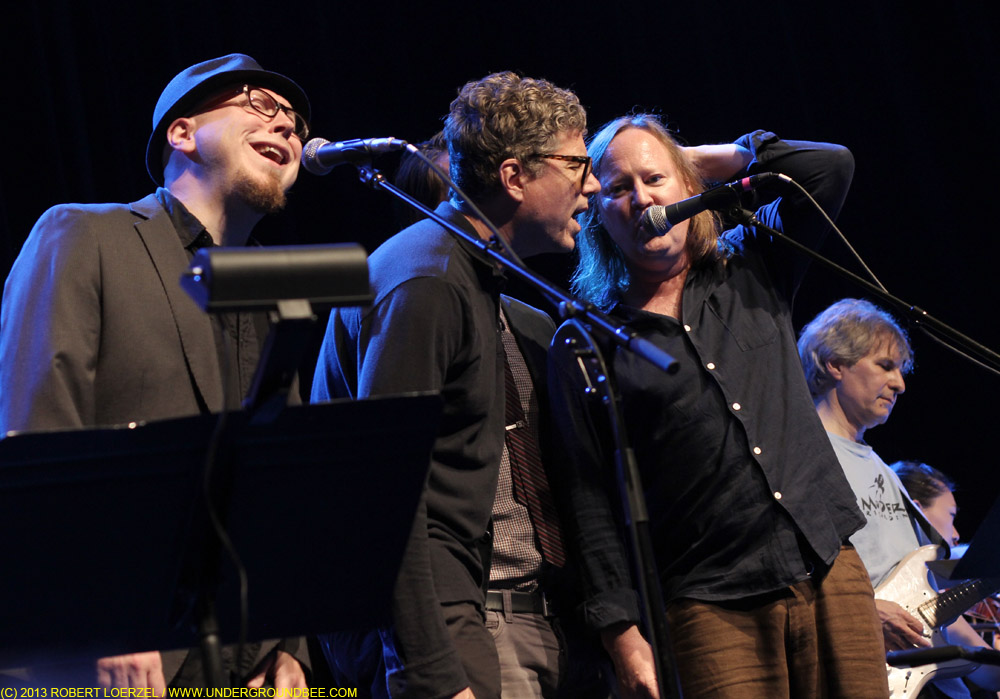 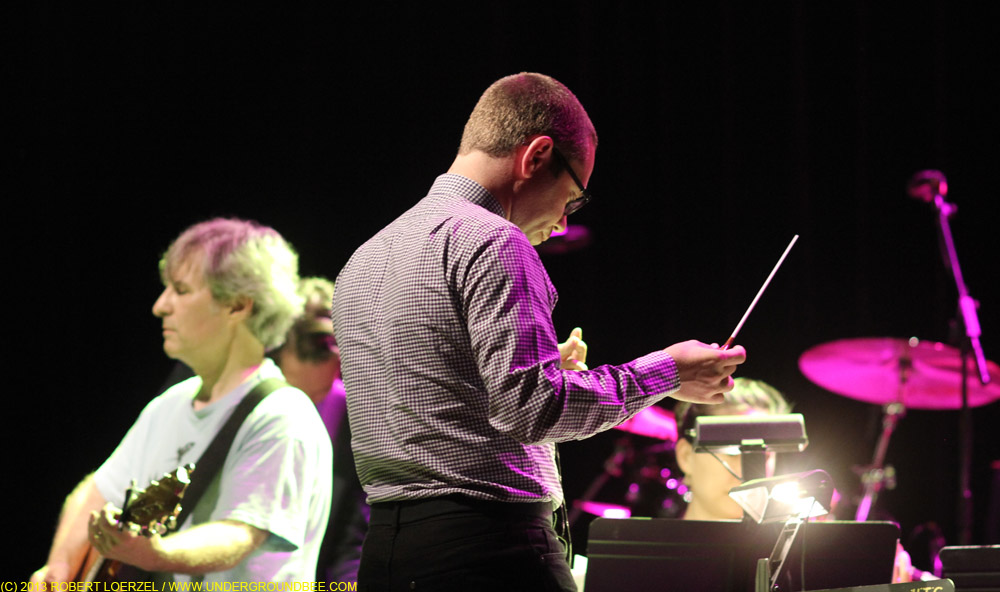 I reviewed this March 29 concert for the Daily Southtown, so for the most part, I’ll just refer you to my review, which is below. It was an excellent show, vintage Neko, with most of Fox Confessor and a good selection of older songs, plus some of the wackiest banter I’ve heard yet between Neko, Hogan and Rauhouse. Lots of talk about Peeps and badger musk. The opening set by Matt Pond PA was pretty good, too, followed by an odd interlude featuring an overhead projector and two people drawing on transarent slides.

Neko Case sprinkles her concerts with wickedly funny, ribald and downright odd stage banter, but all of that silliness vanishes when she is in the throes of singing. Just about every song during her concert Thursday at Chicago’s Park West had at least one moment when Case arched back her head, squeezed her eyes shut and belted out notes that were bold as well as beautiful. The audience falls silent at these moments, and it’s hard not to sense a feeling of awe sweep over the crowd.

For more than a year now, Case has been touring behind her album, Fox Confessor Brings the Flood, and Thursday’s concert — the second of three nights at Park West — did not offer any new material. Case was not lacking for good songs, though. Fox Confessor was one of 2006’s best records, showcasing Case’s development as a writer of sophisticated words, melodies and arrangements.

If anything, the Fox Confessor songs sounded fuller and more assured than they did when Case played with largely the same band in concert a year ago. In the studio versions, these songs feature many little flourishes, but the touring band lacks piano, violin, dulcimer and some of the other instruments Case used on the record. With some experience on the road, Case’s band now knows how to simulate that mysterious country-gothic atmosphere with a few plucks on the banjo and a thump of the stand-up bass.

In between her dramatic and often thrillingly evocative songs, Case proved that she is no diva by shifting into silly mode and telling several strange jokes involving Peeps candy. (Her fantasy of her own funeral: “Hot-glue-gun Peeps all over me.”)

In the middle of one of her most haunting songs, “Wish I Was the Moon,” Case accidentally continued singing at a point when a pedal-steel guitar solo was supposed to begin. Embarrassed at her gaffe, she mimicked sticking a knife into her stomach. Hogan walked over and hugged Case consolingly, doing a little dance with her in the middle of the song. Of course, it was a forgivable mistake — the sort of moment that makes Case seem more like a regular person, in spite of her extraordinary talent.

See my photos of Neko Case (and a couple of Matt Pond PA).

JUNE 8, 2005: Madeline Peyroux at Park West. So who really cares that a lot of Peyroux’s records have been sold at Starbucks? At least one critic has pointed out that connection with barely concealed disdain.If the music’s good, I don’t care where people are getting it or which people are listening to it. And Peyroux’s good. She might seem to fall in the same general category as Norah Jones, but I find her much more interesting. And yeah, she does sound a lot like Billie Holiday, but I get the impression it’s a natural similarity rather than an act she’s putting on. Her songs, mostly drawn from last year’s album, sounded fairly similar in concert, though they were hardly just reproductions of the studio recordings. The vibe was very mellow, but the music was enchanting.