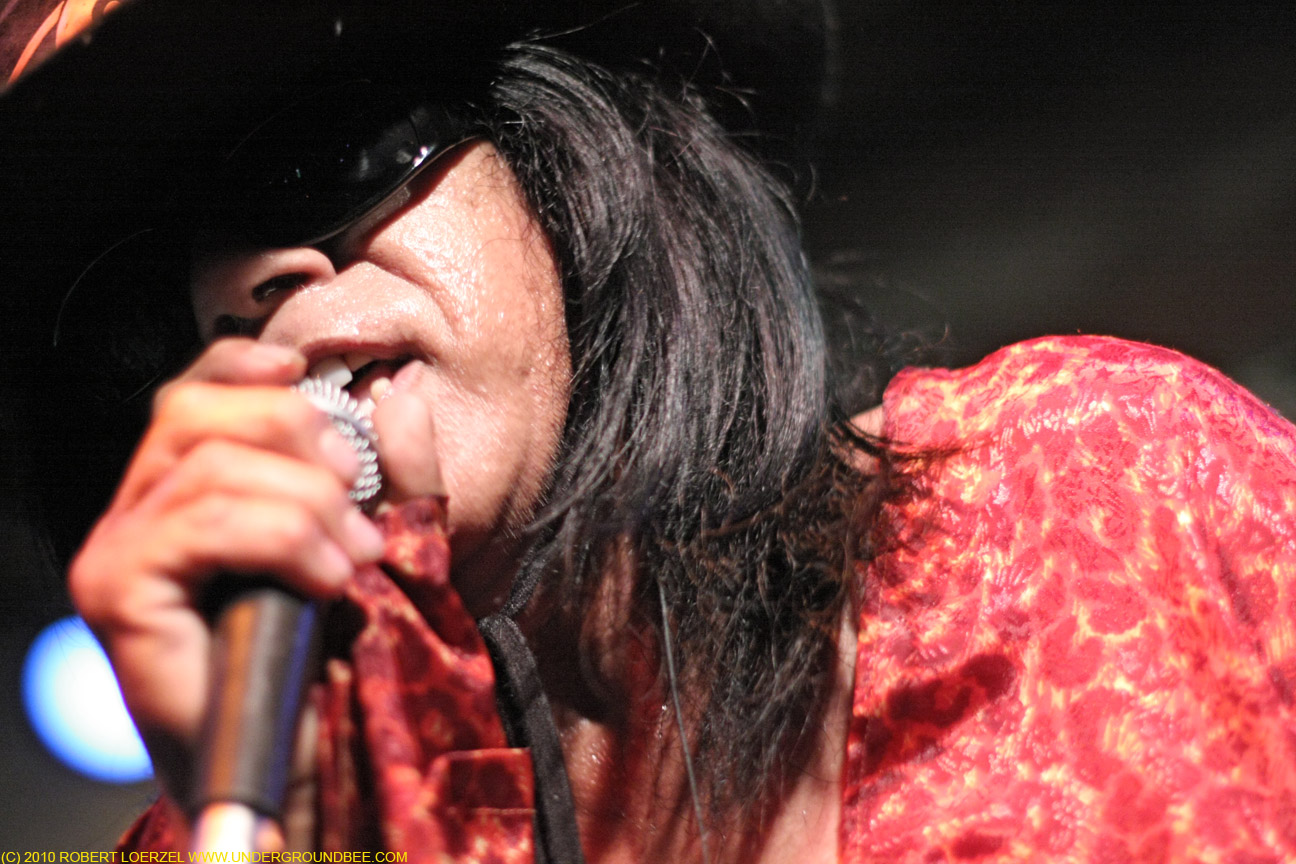 ? & the Mysterians — or, if you prefer, Question Mark & the Mysterians — are one of the legendary one-hit wonders of the 1960s. Well, to be technical, the band did land a few songs on the charts, but not too many people remember “I Need Somebody” and “Can’t Get Enough of You Baby.” The one everyone knows is “96 Tears,” which hit No. 1 on the Billboard singles chart in 1966.

The guy who calls himself ? is actually Rudy Martinez of Michigan. According to Wikipedia: “He claimed (and still claims) to be a Martian who lived with dinosaurs in a past life, and he never appears in public without sunglasses. He talks about traveling into the future and visiting other planets, asserting that he has done so. No other witnesses are known to have shared his questionable claims.”

I cannot vouch for most of these facts except one: When ? played with the Mysterians Friday night (July 24) at Reggie’s Music Joint in Chicago, he did not remove his sunglasses at any point. (That, plus his hat, made him a rather challenging photographic subject, but I did the best I could.) ? did show that he’s still a charismatic performer, gesturing as he sang “96 Tears,” other Mysterians songs old and recent, and a few covers, such as “Satisfaction” and “Stand by Me.”

Most ’60s bands below superstar status play at summer festivals, but ? & the Mysterians seem to have fallen into another niche, playing smaller nightclubs that usually host indie-rock shows. The show at Reggie’s had four younger bands as opening acts, and I arrived in time to catch the last two: Chicago’s Outer Minds, who sounded top-notch terrific with 12-string guitar Nuggets rock, and New York’s The Electric Mess, not quite as good but still a fun throwback. (By the way, yes, that guy playing drums for Outer Minds is Brian Costello, whom I photographed the previous evening singing with Johnny & the Limelites and playing bass with Brian’s Dirty Business.)

As the Mysterians played and ? pranced around the stage in his leather pants and flowing shirt, the audience members dancing in front were mostly kids in their early 20s, far too young to remember when “96 Tears” was a hit. But the gig also attracted a good number of middle-aged fans, who’ve probably been listening to that song on the radio for years.

View photos on a separate page.