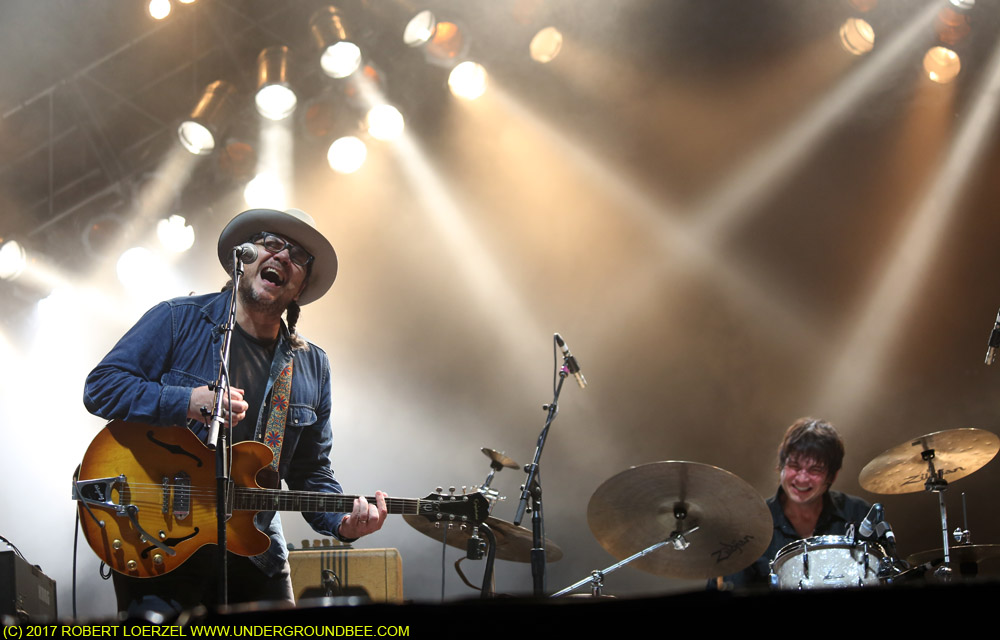 As promised, Wilco performed its 1996 album Being There from beginning to end on Friday, June 23. Being There had won an online poll asking Wilco fans which of the band’s records it should perform on the opening night of Solid Sound, a festival Wilco curates every other year at Mass MoCA in North Adams, Massachusetts. After playing the 24 Americana songs on that beloved double album — without ever pausing for any of frontman Jeff Tweedy’s usual stage banter — Wilco came back onstage for an encore.

Wilco played the songs from both albums with the sort of flourishes and sonic layers that are typical of its live performances, but the band seemed to rein in those embellishments a little bit, keeping most of the songs as concise as they are on the original records. For instance, Tweedy has created a tradition of shouting “Nothing!” many, many times at the climax of “Misunderstood,” the opening song on Being There. He skipped that ritual during this performance. 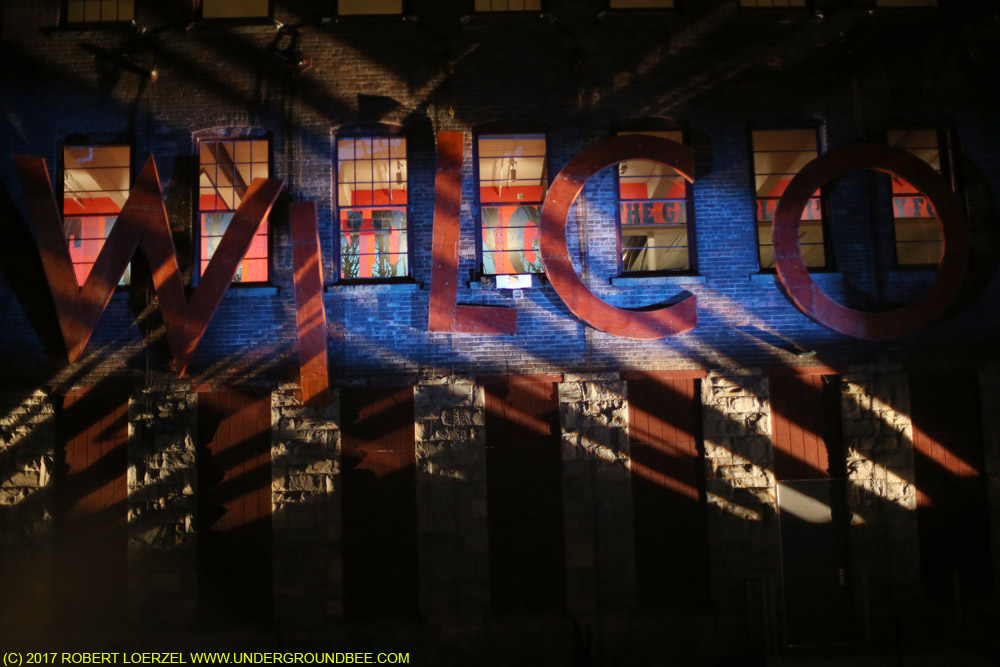 The concert gained intensity during the encore, which showed just how artfully Yankee Hotel Foxtrot was constructed. After the noisy climax of “Poor Places,” Tweedy sang the opening verse of “Reservations” in a practically solo performance on acoustic guitar. A hush fell over the outdoor field where Wilco was playing — on the grounds of the Massachusetts Museum of Contemporary Art — as Tweedy quietly sang. The band subtly began filling in the rest of the song behind him. Just as it does on the record, the song drifted into an atmospheric final epilogue. That recording continued to play after the members of Wilco had lifted their hands toward the audience and departed from the stage. It was breathtakingly beautiful. (NYC Taper posted a recording of the show.) 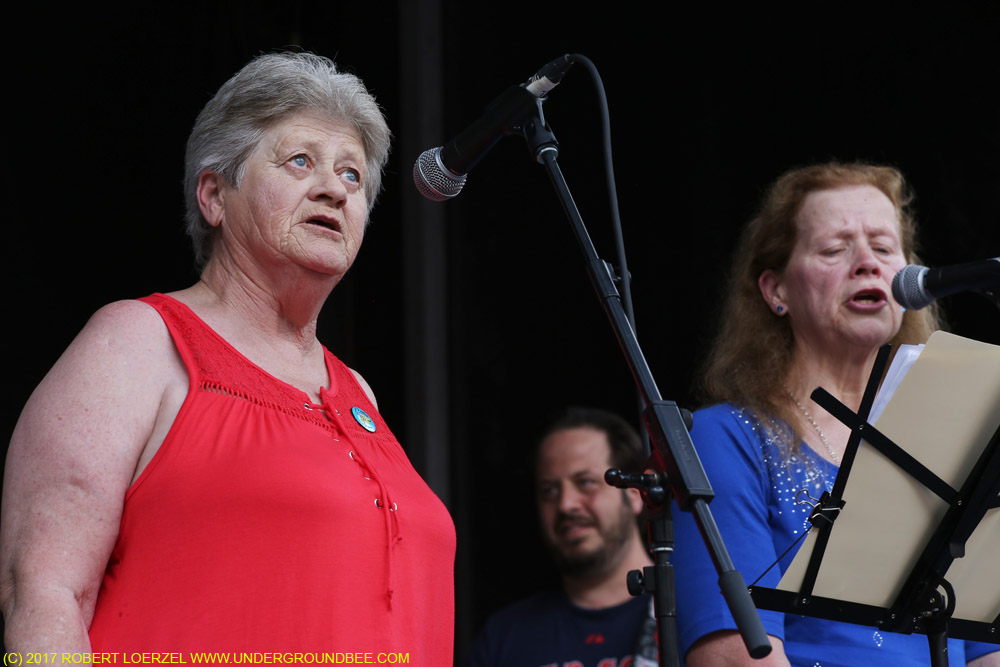 This was the high point of Solid Sound, but it was hardly the only reason that the festival was worth traveling to attend. The weekend also included a rare concert by the Shaggs, the sisters who made the legendarily shambolic record Philosophy of the World in 1969. This performance was actually by two of the sisters — Dot and Betty Wiggin — and they were just singing. As an article in one of the local newspapers, The Manchester Journal, explained, “Arthritis prevents both Dot and Betty from playing instruments.” They were backed up by a younger group that has also played with Dot in recent years, the Dot Wiggin Band. As the Journal noted, “they work hard to master the sisters’ very unique style.” That made for a rather strange spectacle — seemingly talented musicians trying their best to sound as primitive as the Shaggs did when they made that 1969 recording under their father’s tutelage. The audience included adoring members of the Shaggs cult as well as some people who didn’t grasp what was going on. “My God, these people can’t keep the beat,” remarked a beer vendor who was clearly unfamiliar with the story of the Shaggs. “That’s how it’s supposed to sound,” I tried to explain. She shook her head and said, “So, it’s one of those things where it’s supposed to be so bad that it’s good?” It was certainly surreal, and I found it rather endearing to watch these two older women singing the off-kilter ditties they’d recorded when they were young.

Highlights of Solid Sound included a set by Television — even without Richard Lloyd, the group plays terrific guitar duels. And so did Kevin Morby and his band. Joan Shelley’s lilting folk songs sounded as delightful as ever. I was very impressed by the vocals and guitar playing of the Saskatchewan country-folk duo Kacy & Clayton (who have recorded a new album at Wilco’s Loft studio in Chicago). Another Saskatchewan musician, Andy Shauf, performed lovely ballads. Daniel Bachman’s instrumental guitar music was exquisite. And the emotion of Big Thief’s songs was palpable. While I was never a big fan of the J. Geils Band, that group’s vocalist, Peter Wolf, gave an entertaining and energetic performance with his current group, the Midnight Travelers. I also enjoyed the shows on the big stage by Kurt Vile and the Violators and Dave Alvin and Phil Alvin with the Guilty Ones.

In addition to all of the music, there was comedy — led as always by John Hodgman. Sadly, I missed out on all of that because of schedule conflicts with the live music. But I did find time to explore the art exhibits at Mass MoCA, which recently expanded. Chicago artist Nick Cave (not to be confused with the musician of the same name) has a massive installation called Until at the museum through August, which really shows what’s cool about this venue: With big rooms inside 19th-century factory buildings, it gives artist spaces where they try out big ideas. Here’s my video of a quick, three-minute walk-through of Cave’s installation:

Other noteworthy exhibits now on display include Jenny Holzer’s exploration of U.S. government’s torture victims at sites including Abu Ghraib. And there’s an interesting set of artworks by the musician Laurie Anderson, including huge drawings of dogs and some virtual reality environments she created. I spent 15 minutes immersed in one of those three-dimensional realms, and it was an odd and beguiling trip. 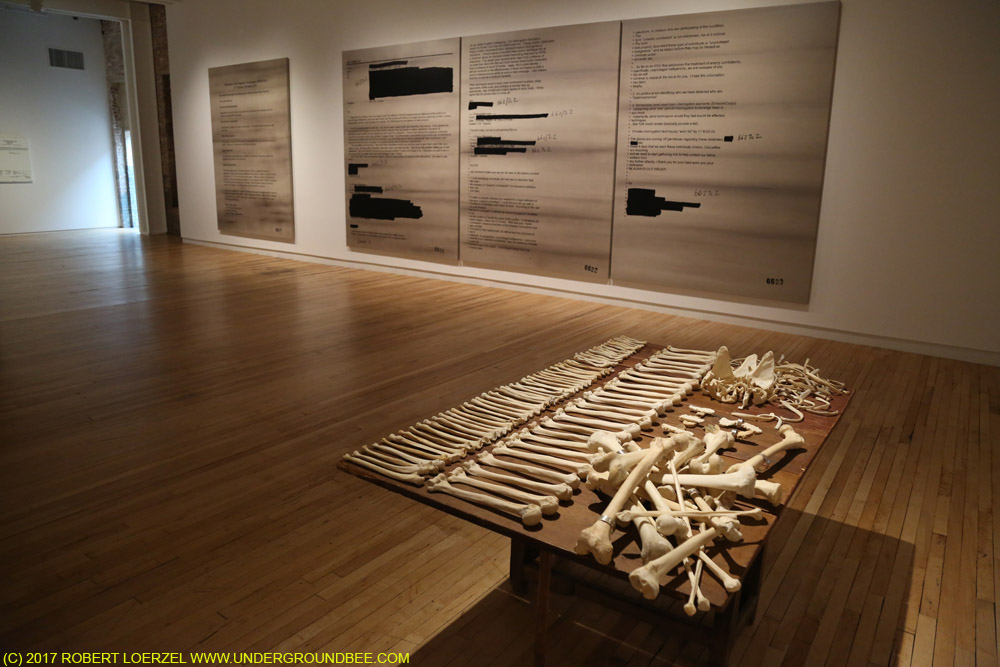 Of course, Solid Sound featured even more Wilco. On the second night, Wilco played a more typical concert. After opening with “At Least That’s What You Said,” the first song from the 2004 album A Ghost Is Born, Tweedy joked that, no, the band was not going to play that whole record: “We aren’t going to play any albums in their entirety tonight,” he said. “We’re going to play stuff from all our albums — except Being There and Yankee Hotel Foxtrot. If you like those albums, you should have been here last night.” During the song “Via Chicago,” Tweedy abruptly exclaimed, “Holy shit! What the fuck was that?” I was too far away to see what had happened, but other audience members later told me that a bat had swooped down near Tweedy’s face as he was singing. Later in the show, Tweedy joked that he’d been attacked by a falcon or a “predator drone,” and he said it was the most scared he’s ever been onstage. He recovered pretty quickly in that moment, though. (Set list.)

Wilco’s various side projects played during the festival, including the Autumn Defense performing its album Circles and closing with a Love cover. Nels Cline played complex and lyrical jazz guitar with a quartet that included his past collaborator, guitarist Julian Lage. And drummer Glenn Kotche’s group On Fillmore sounded great — from inside the museum, anyway, where I happened to be at the time.

Just as it did in 2015, Solid Sound concluded with a set by Tweedy & Friends. The first part of this performance featured the band called Tweedy. That was followed by a solo acoustic performance by Jeff Tweedy. And then numerous musicians joined in — including two of his sons: drummer Spencer Tweedy (of course) but also Sammy, who sang Graham Nash’s song “Military Madness.” With various members of Wilco and other bands filling the stage, Tweedy and his assembled friends sang “California Stars,” “Give Back the Key to My Heart” and “I Shall Be Released.” (Set list.) It was a fitting way to end this weekend of friendship and creativity. 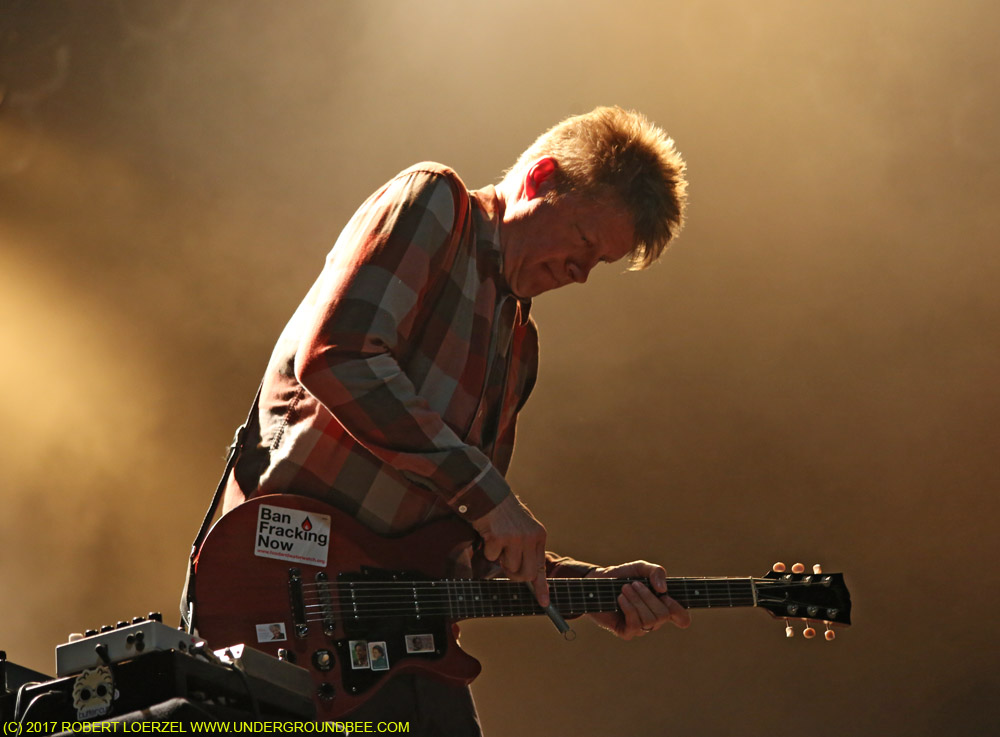 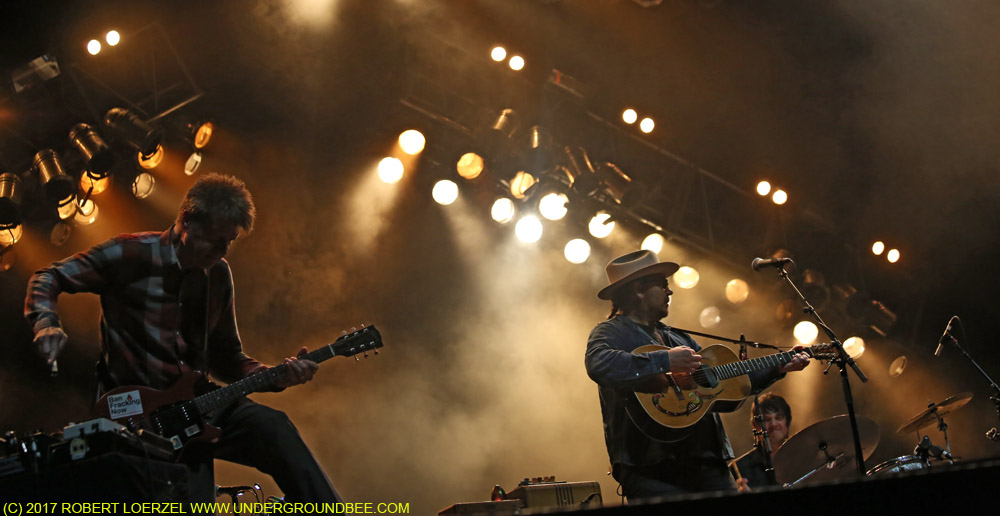 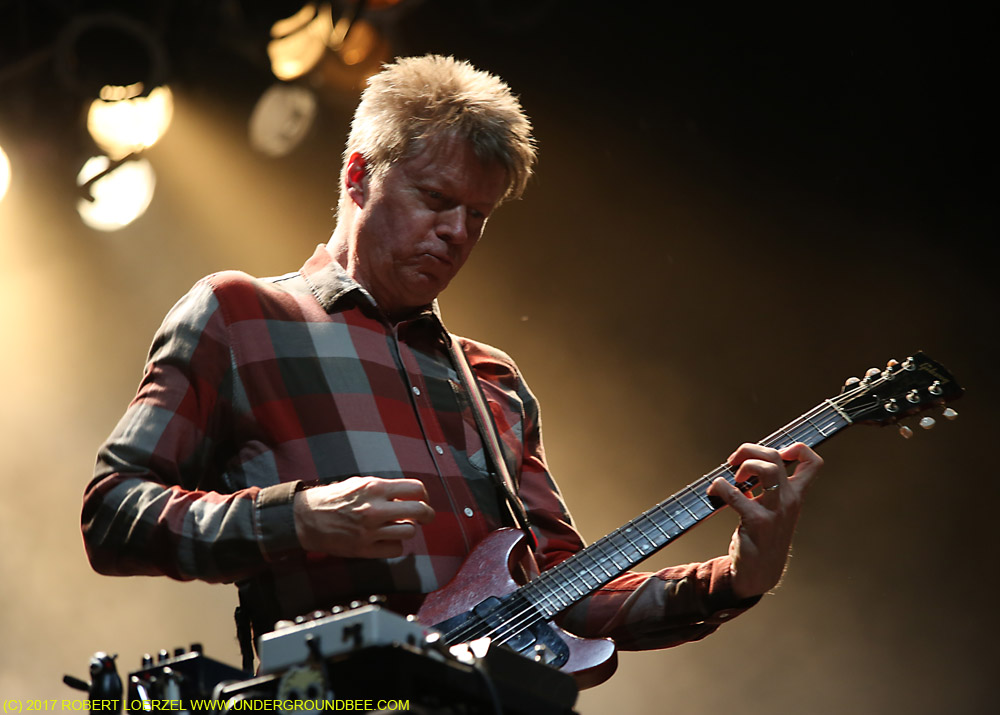 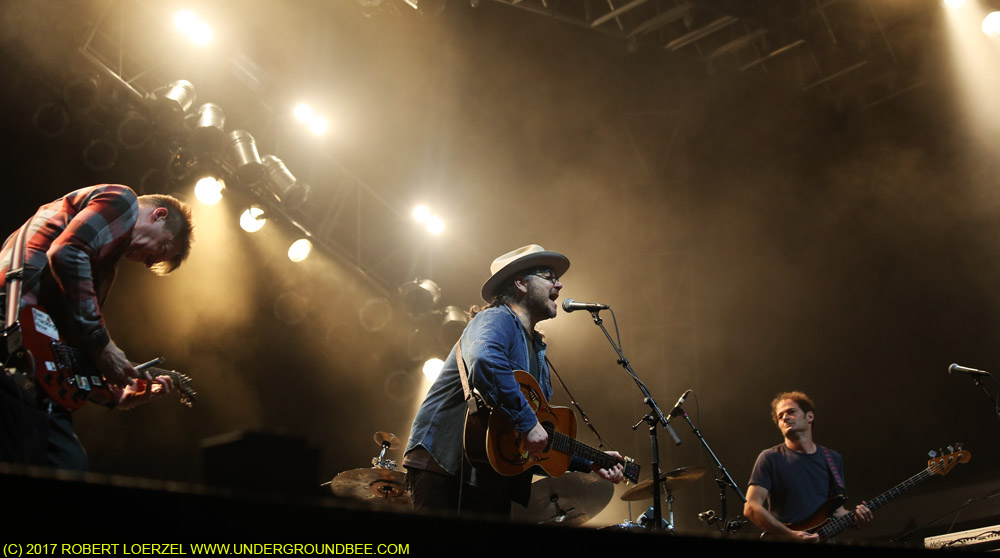 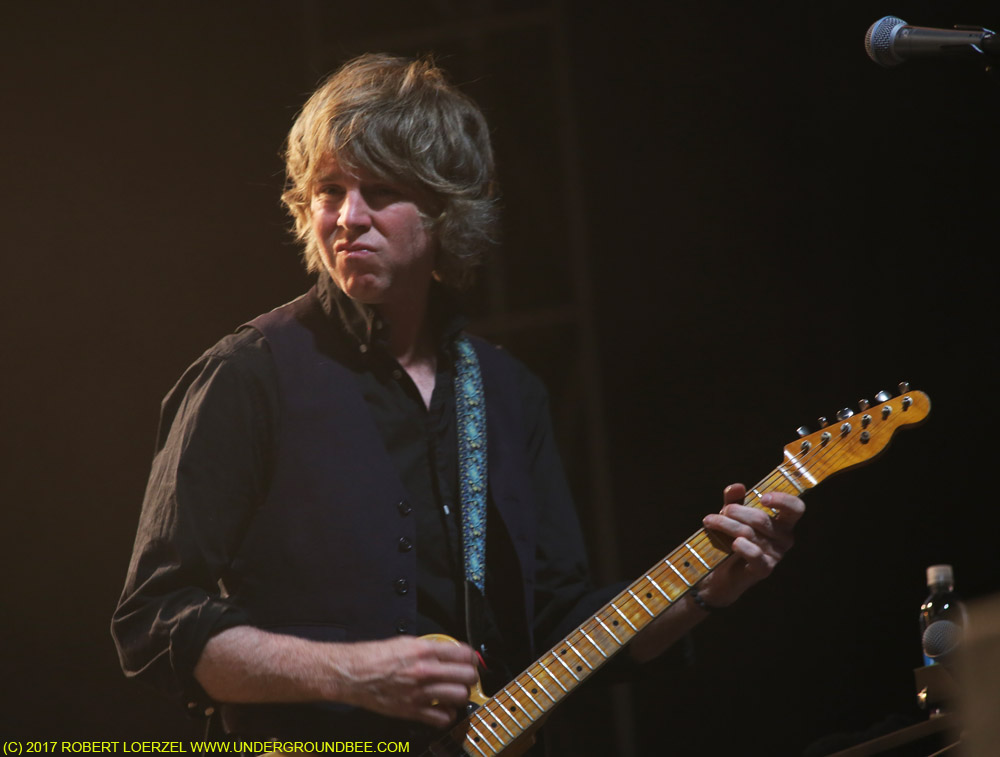 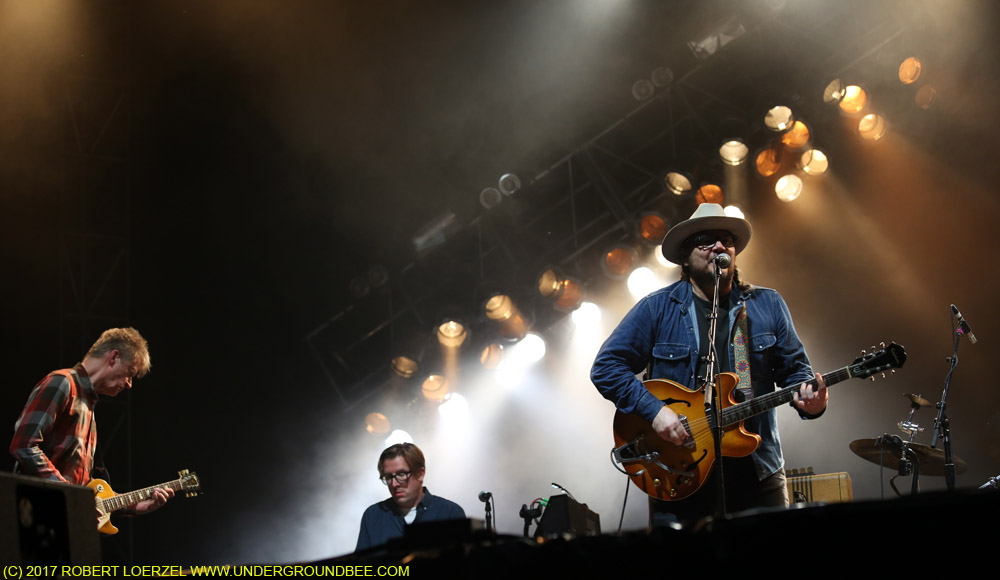 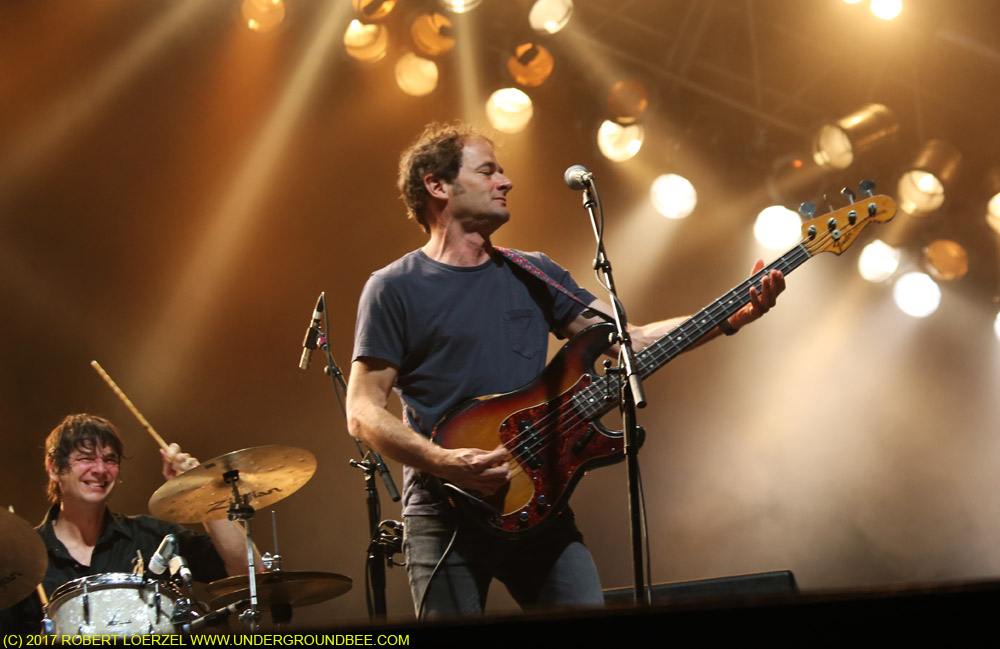 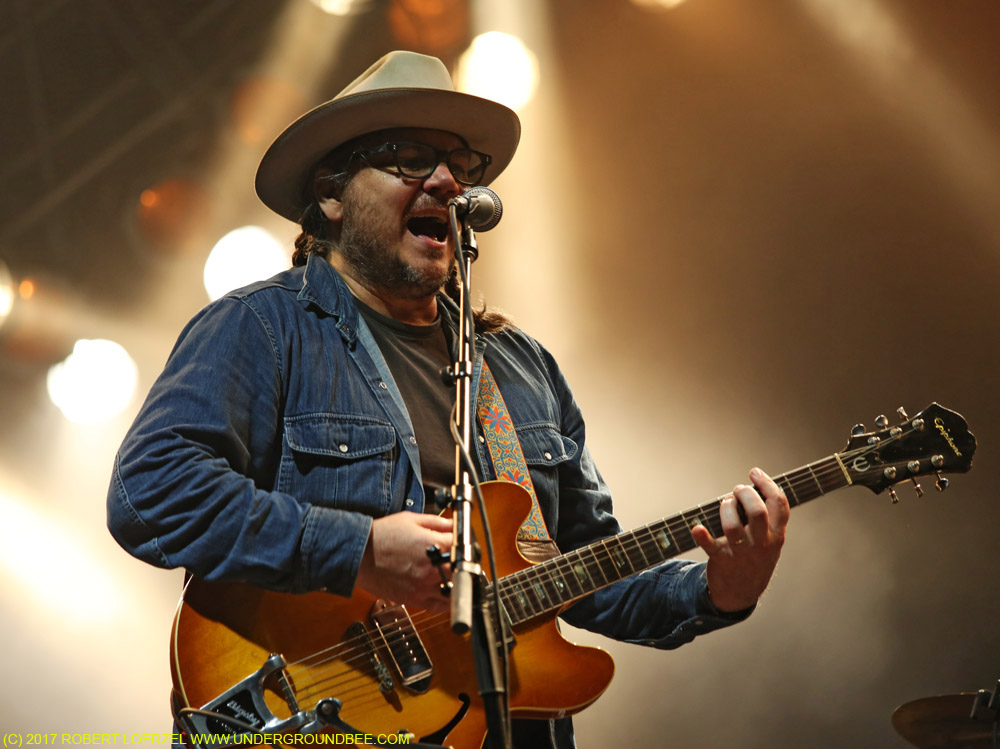 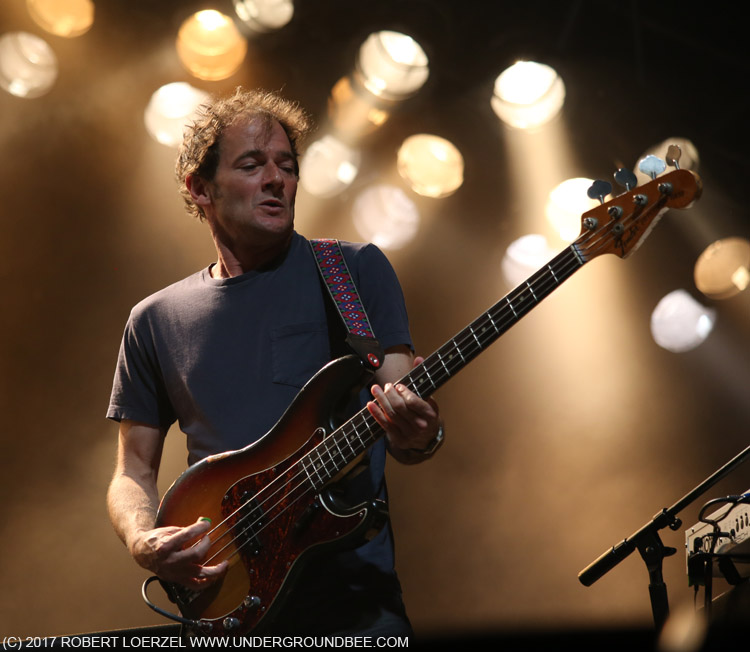 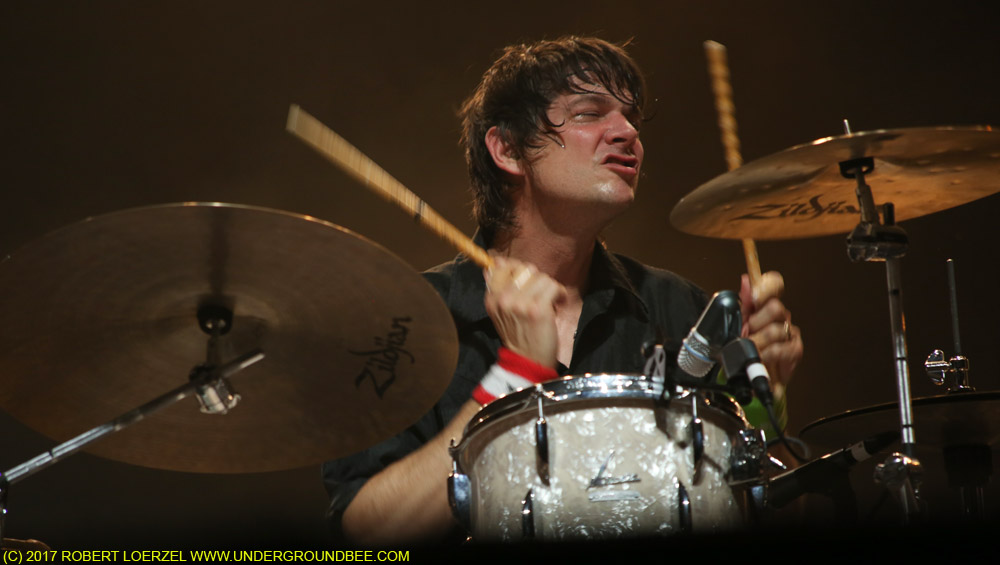 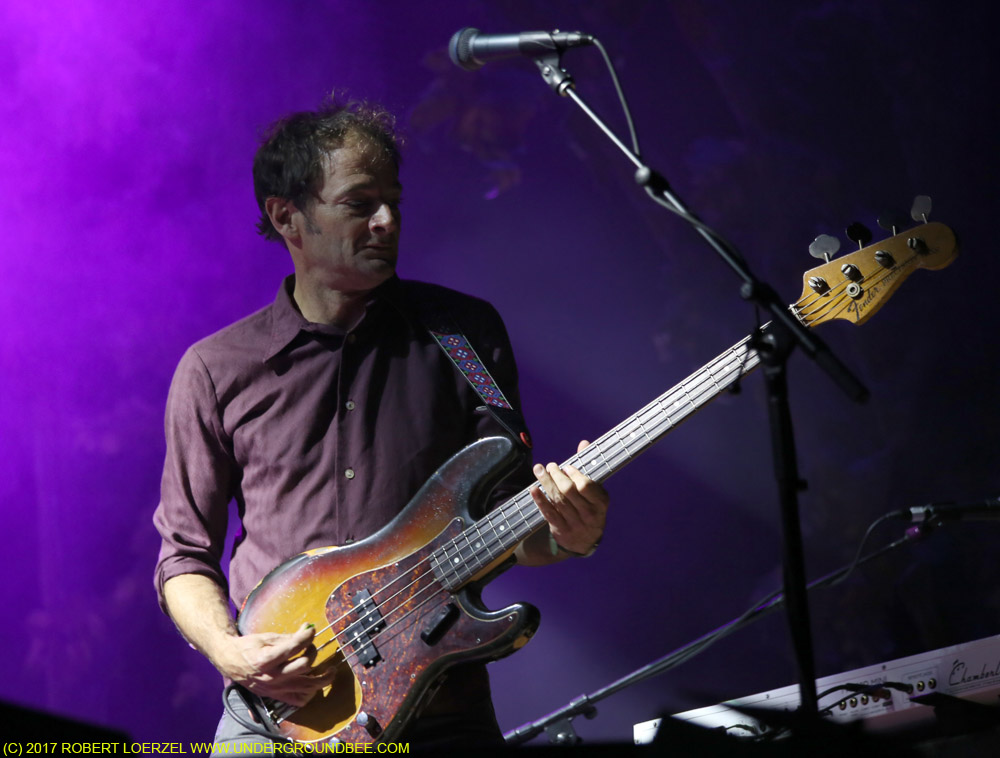 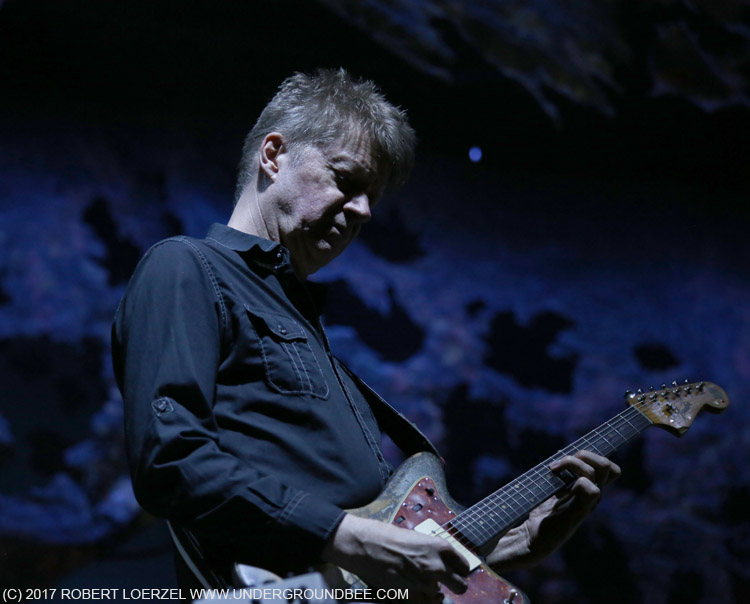 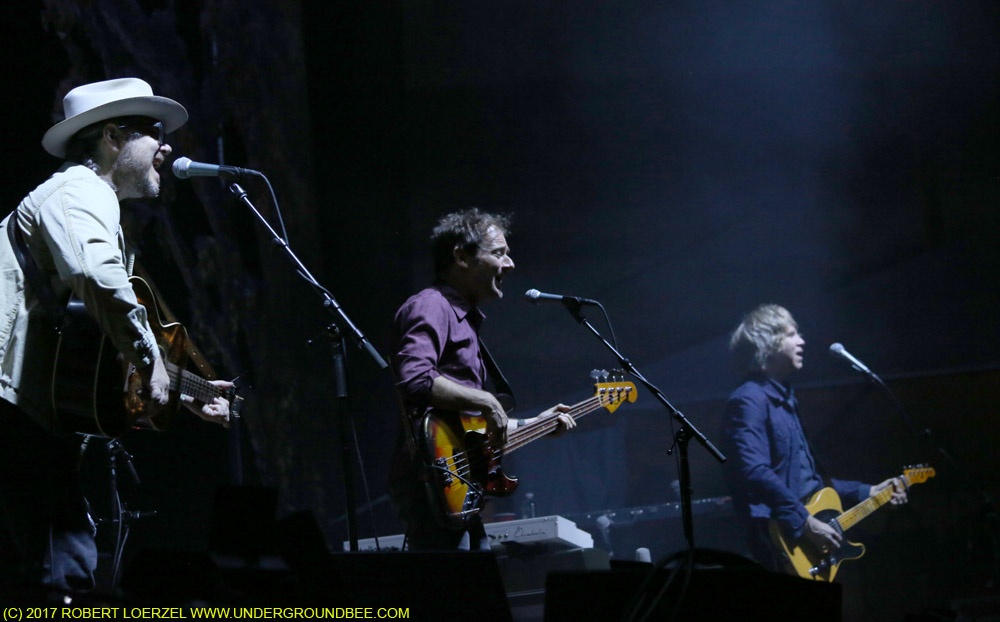 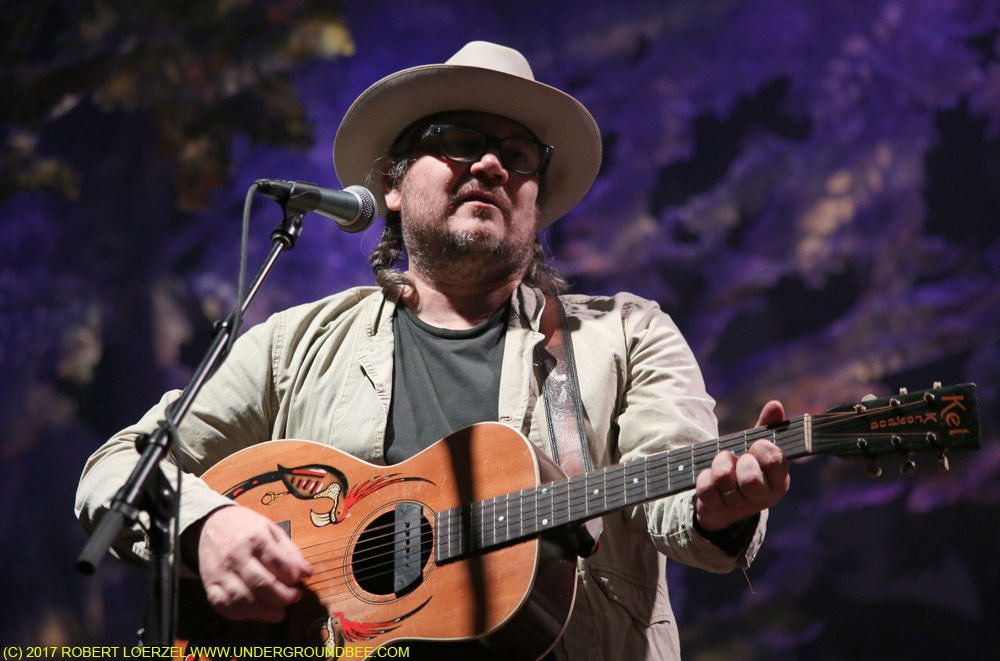 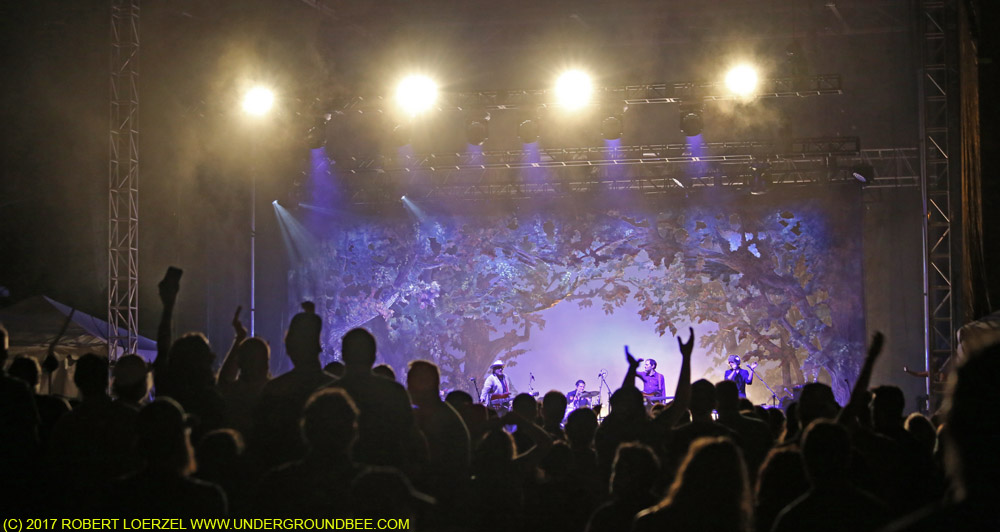 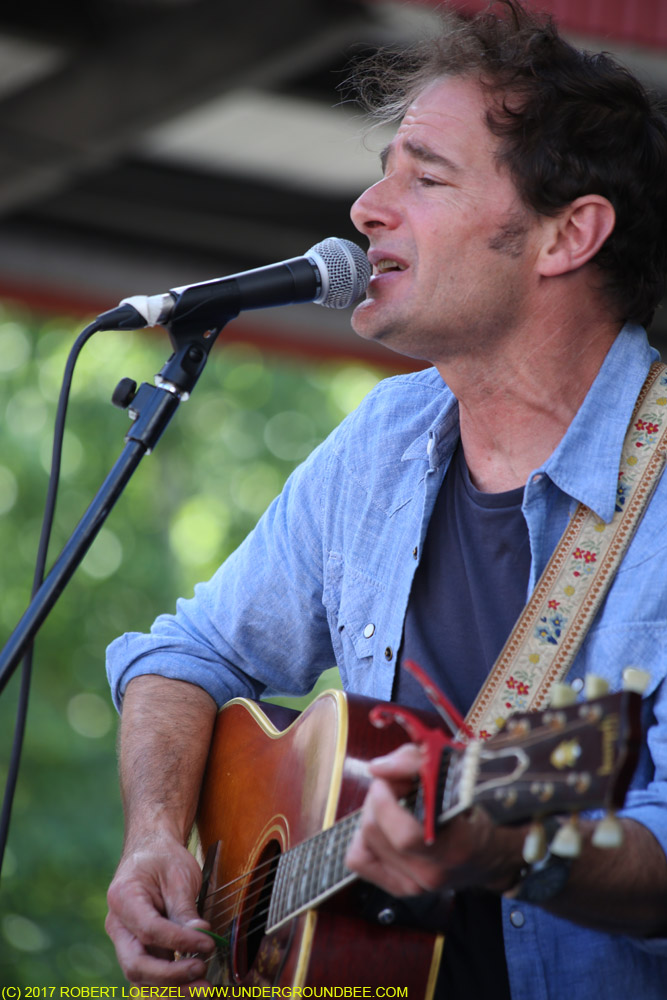 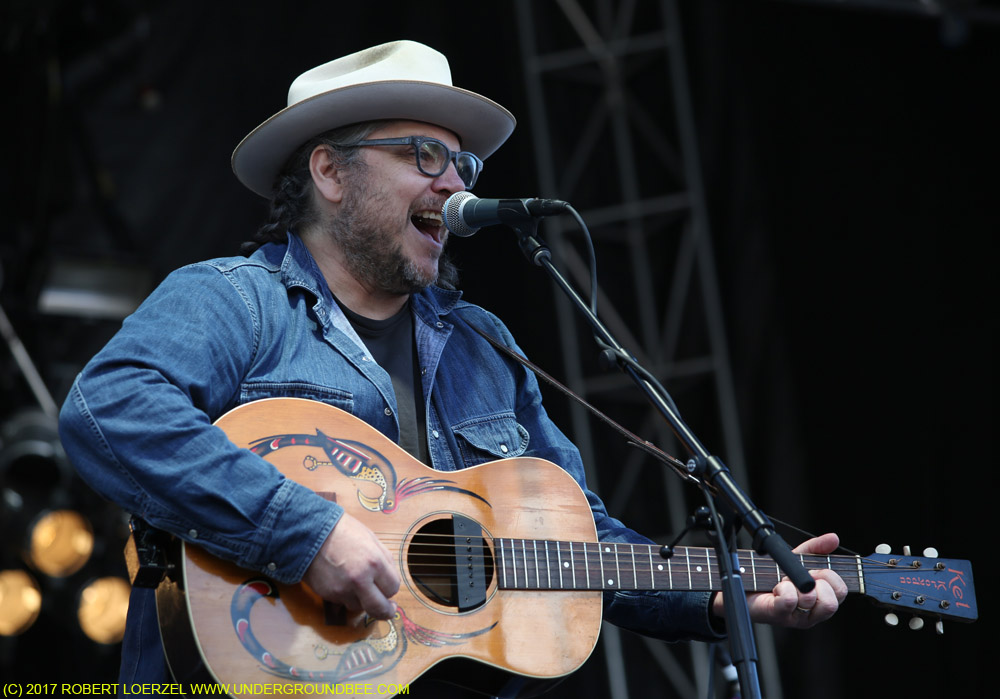 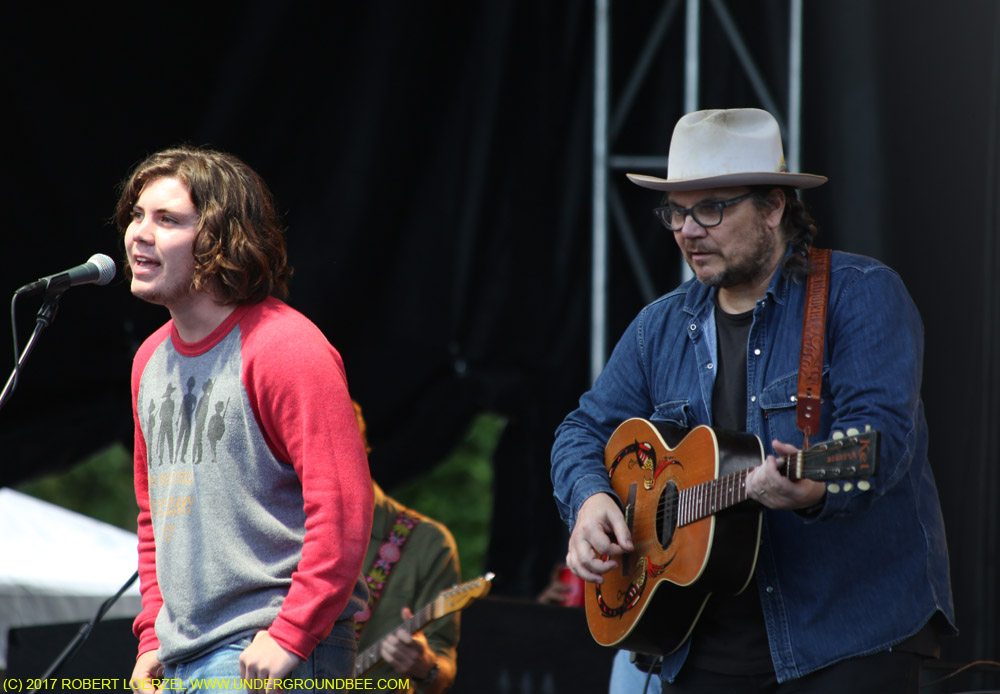 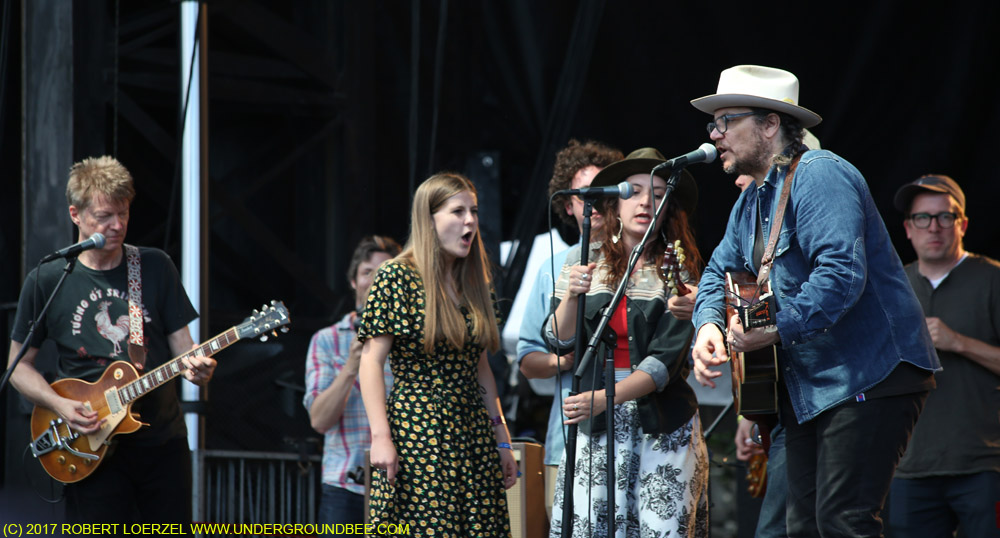 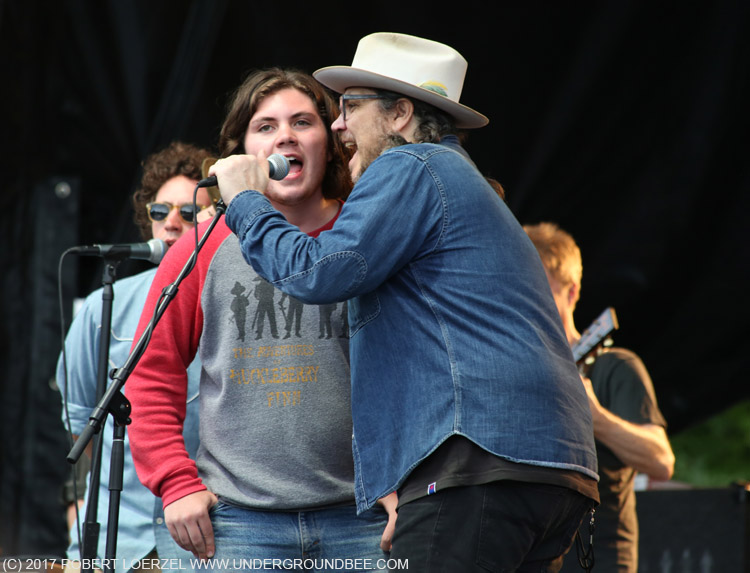