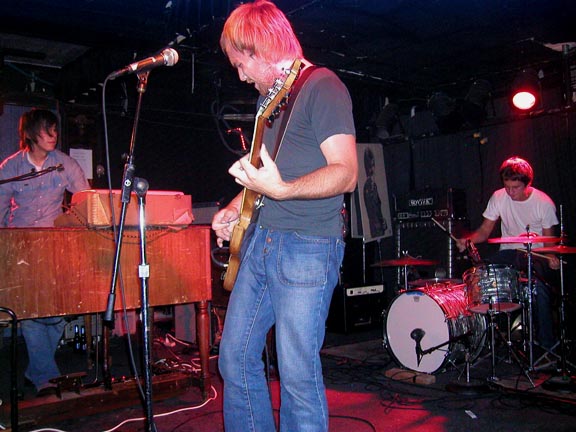 With a strong influence from the Faces (check out their cover of “Stay With Me” on the new CD), the Sights stand out as a little different from the rest of the current crop of garage bands. Interesting lineup, too: Guitar, organ and drums, with no bass (unless you count the bass keyboard). Guitarist-singer Eddie Baranek also throws an occasional bit of gospel holler into the songs. Well, white-boy imitation of gospel holler, but it’s nice anyway.

The most melodic song on the Sights’ self-titled 2005 album is “Scratch My Name in Sin,” and it sounded just as great in concert tonight as it does on record. The Sights could stand to broaden their style and sound a little, but they’re a very fine band nonetheless. 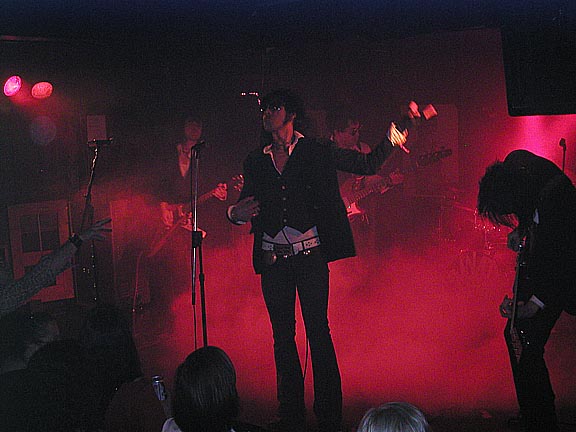 They were not actually the headliners at this concert. The Makers were the main act, but I can’t say I was too thrilled with what I heard. A couple of decent songs were evident, but the glamminess (and hamminess) of their overall act tended toward the annoying. 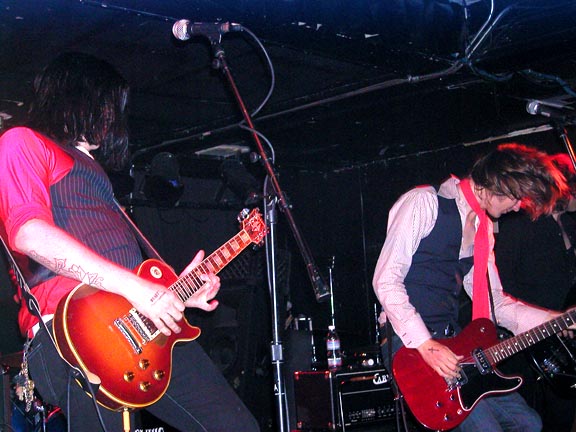 The first band to play was Thunderwing. Although the name makes them sound like hockey-playing heavy-metal rockers, they were more in the vein of glam-rock-meets-garage. Not bad, worth another listen.

SEE MORE PHOTOS OF THE SIGHTS.