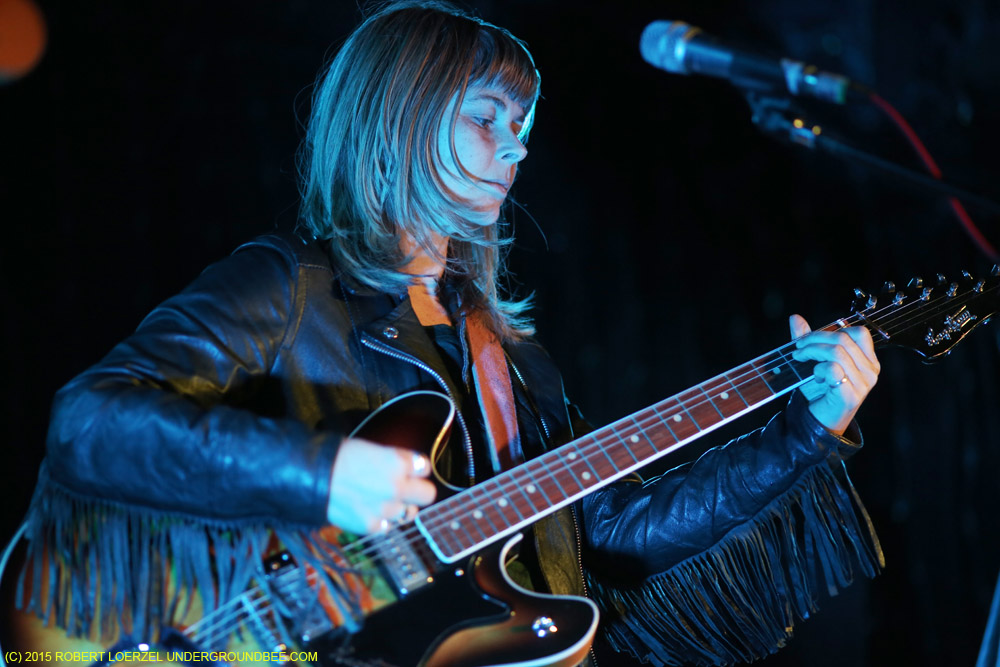 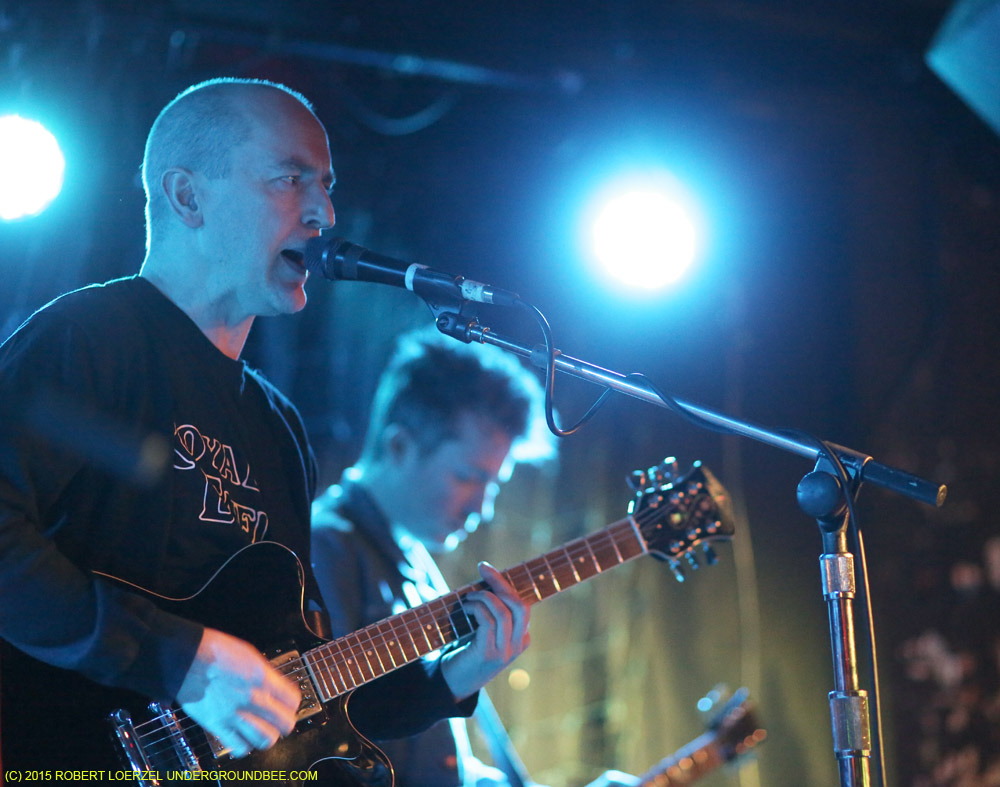 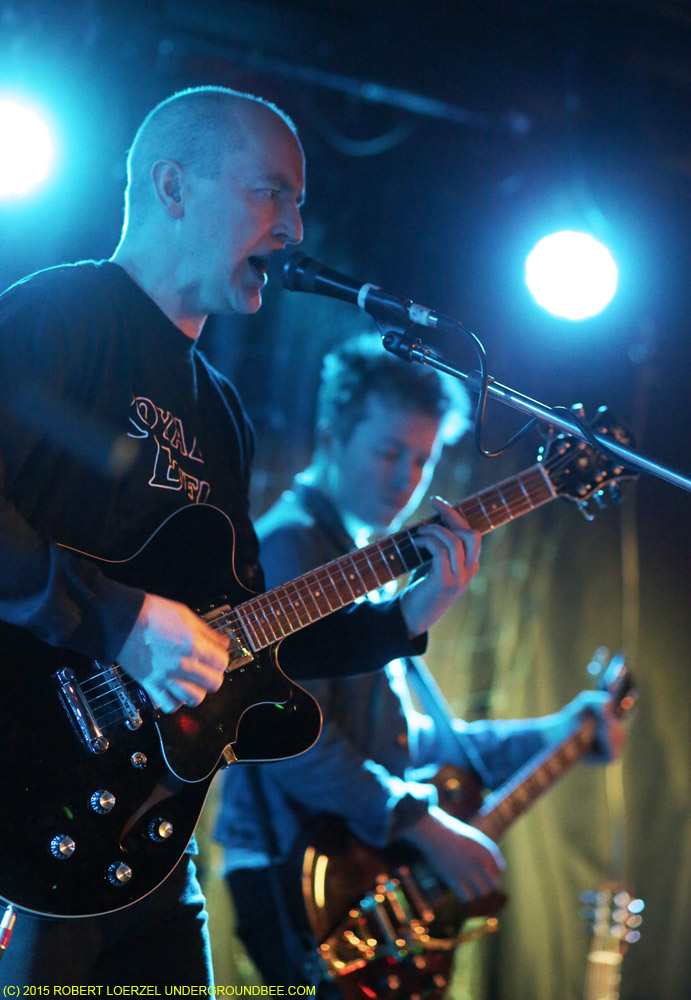 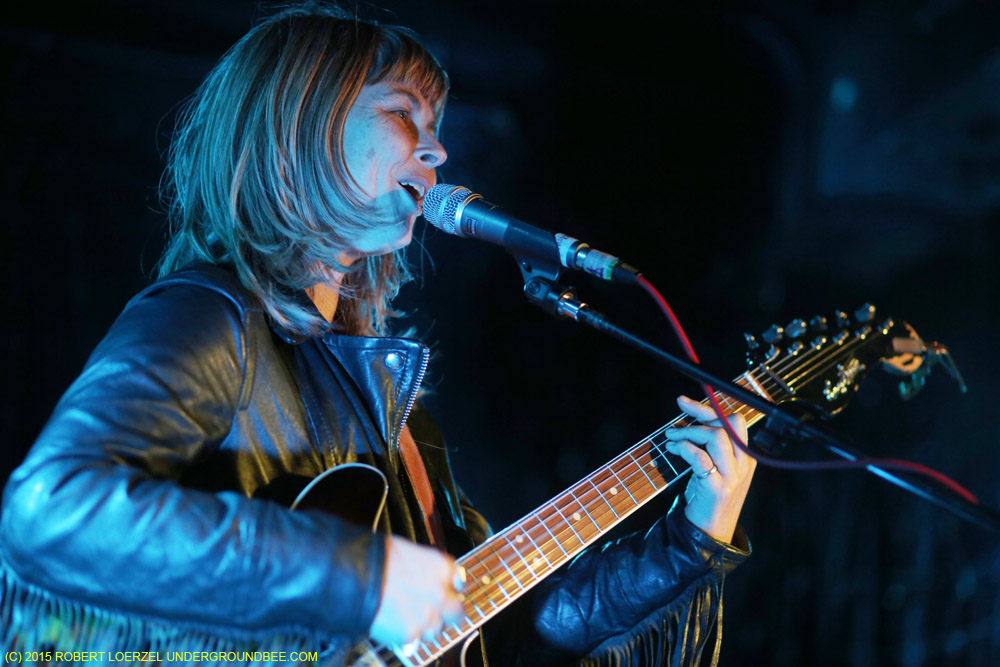 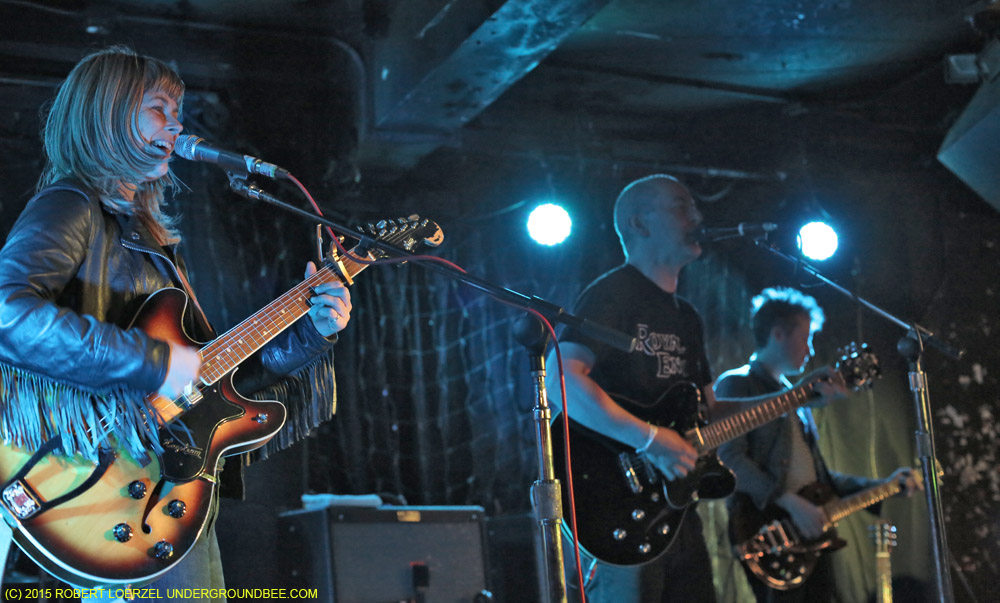 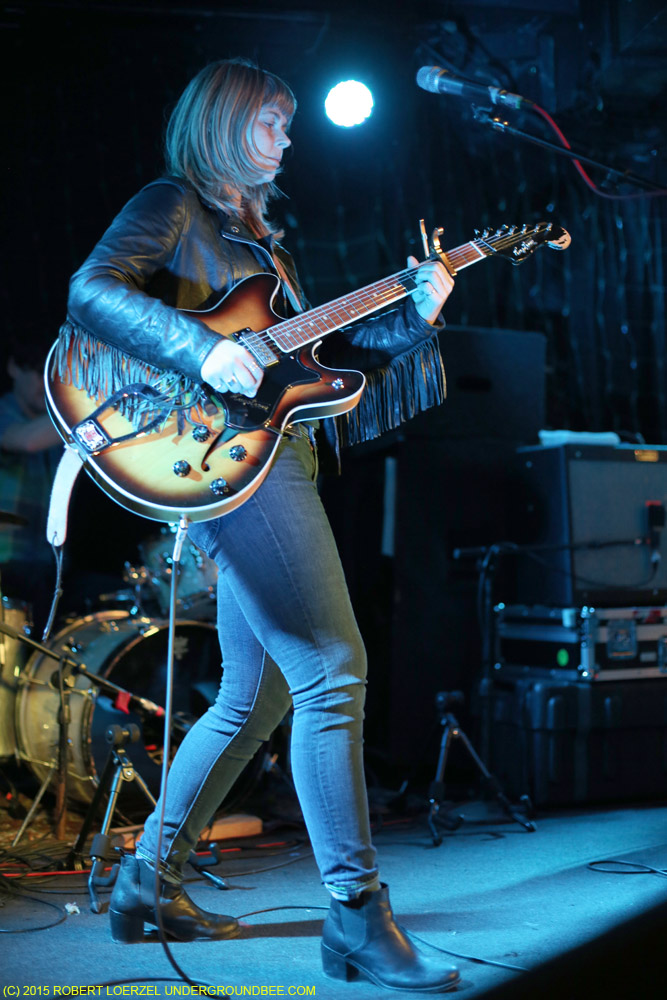 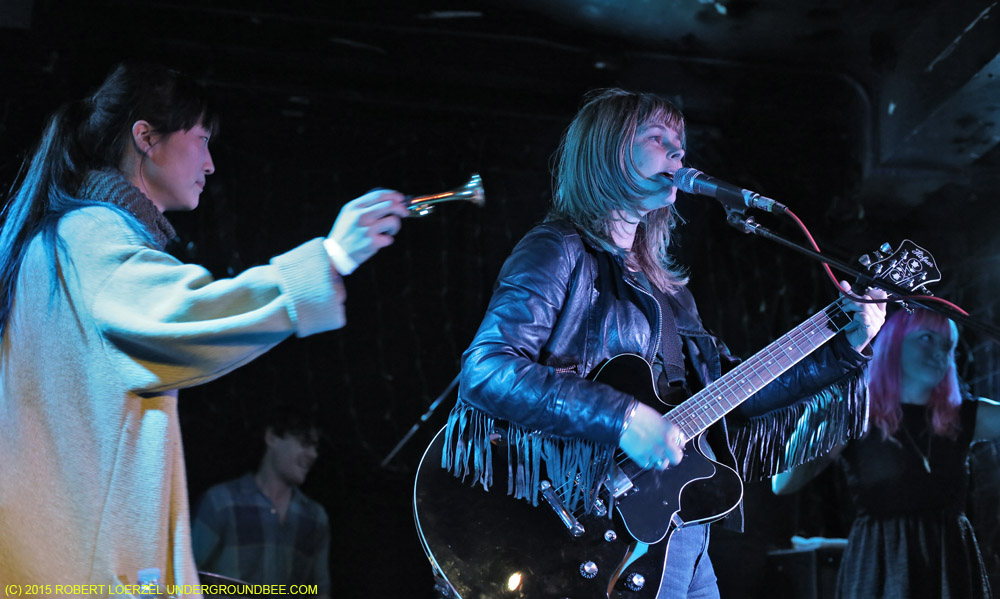 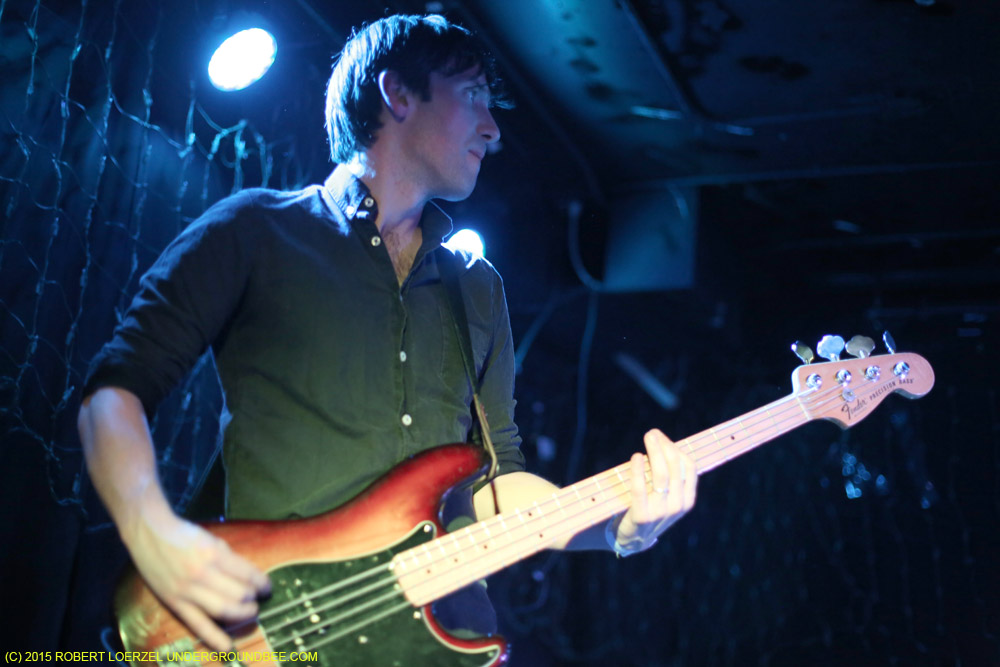 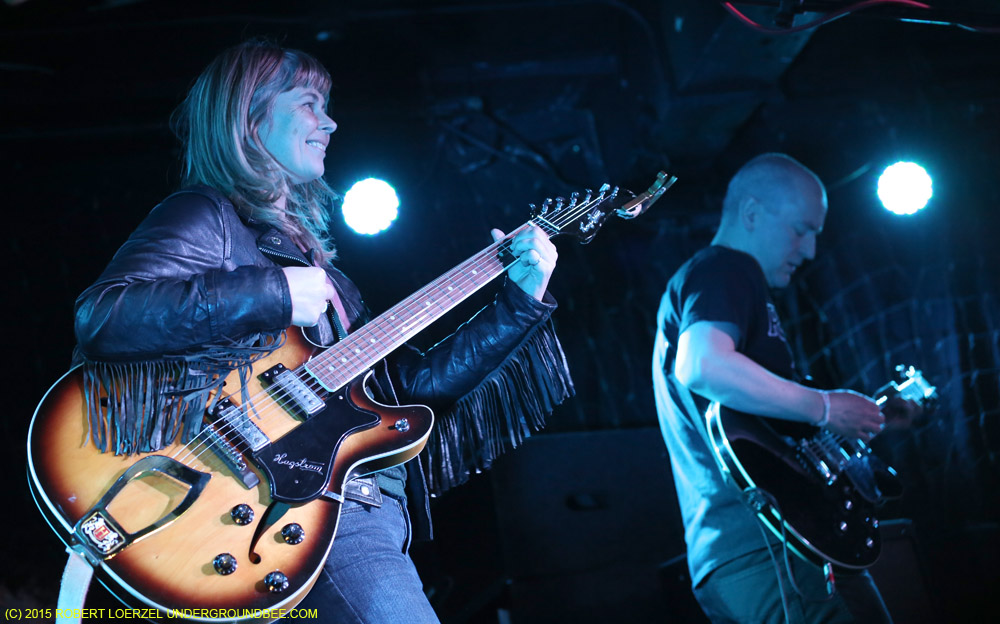 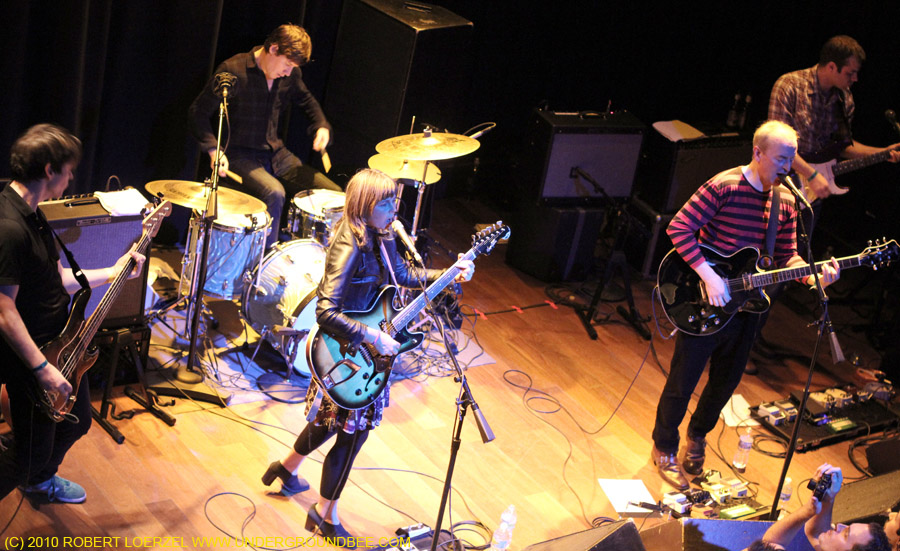 PHOTOS OF THE VASELINES 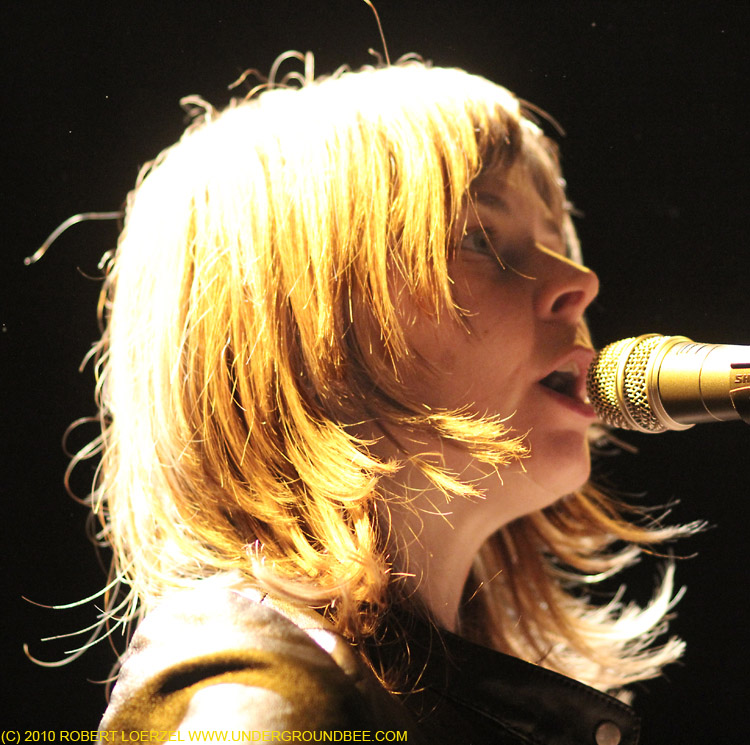 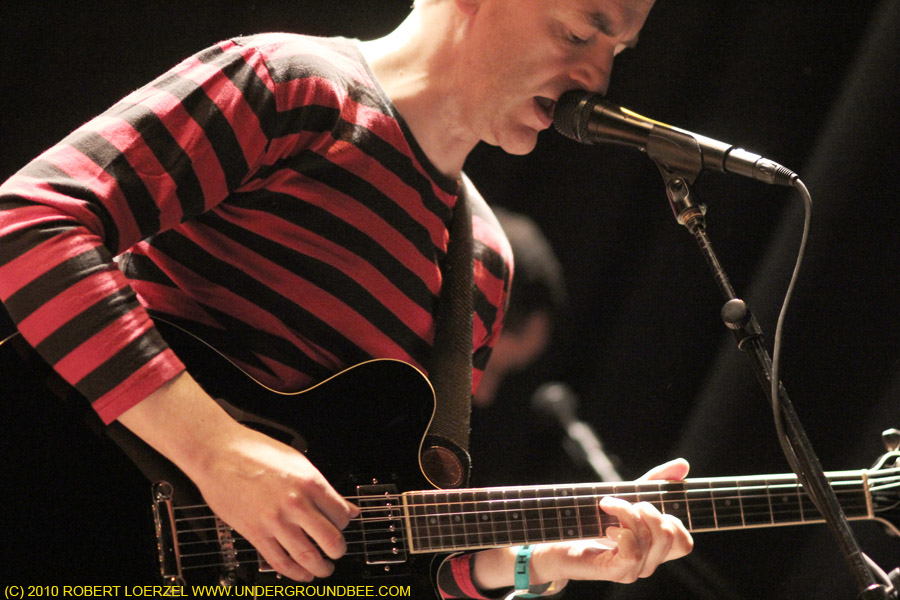 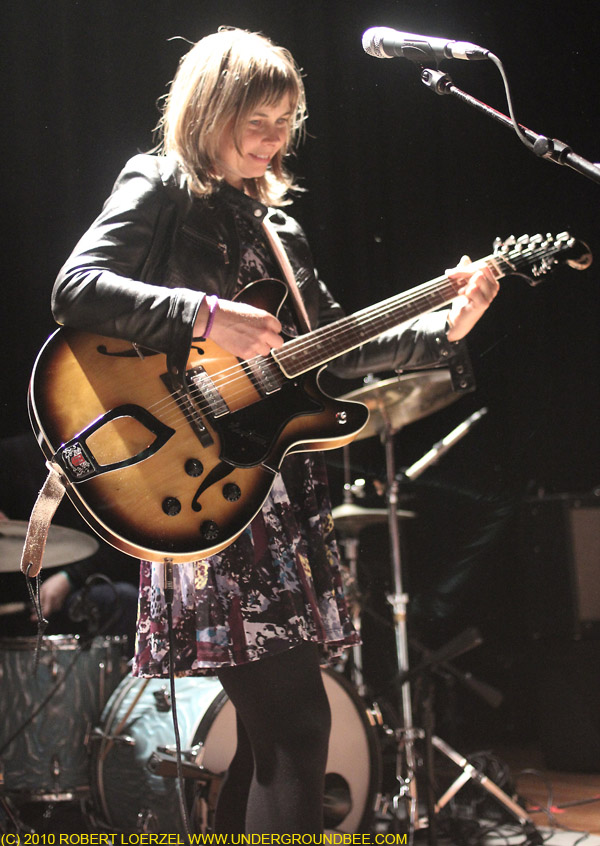 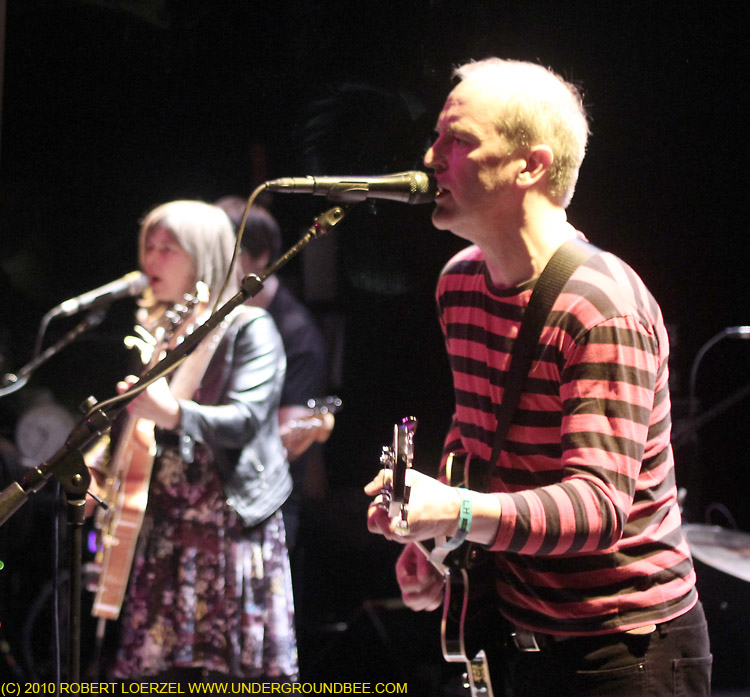 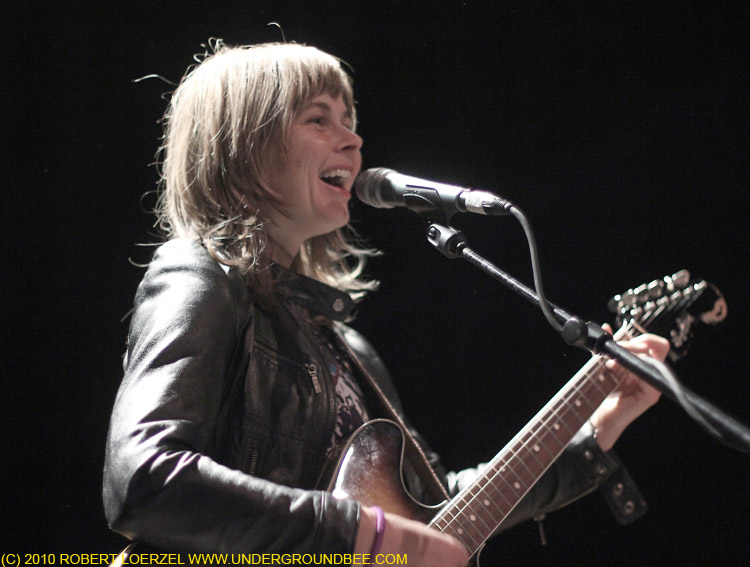 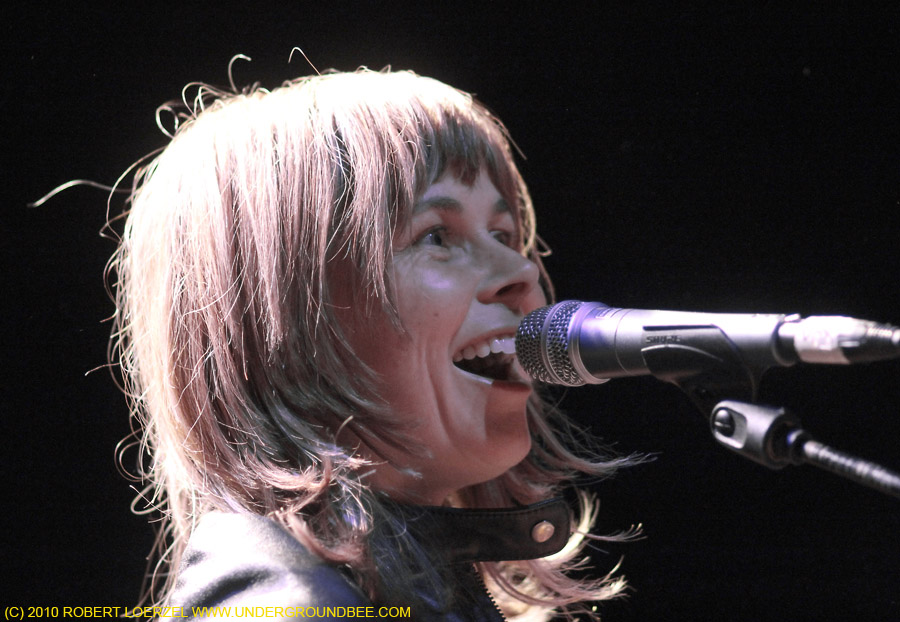 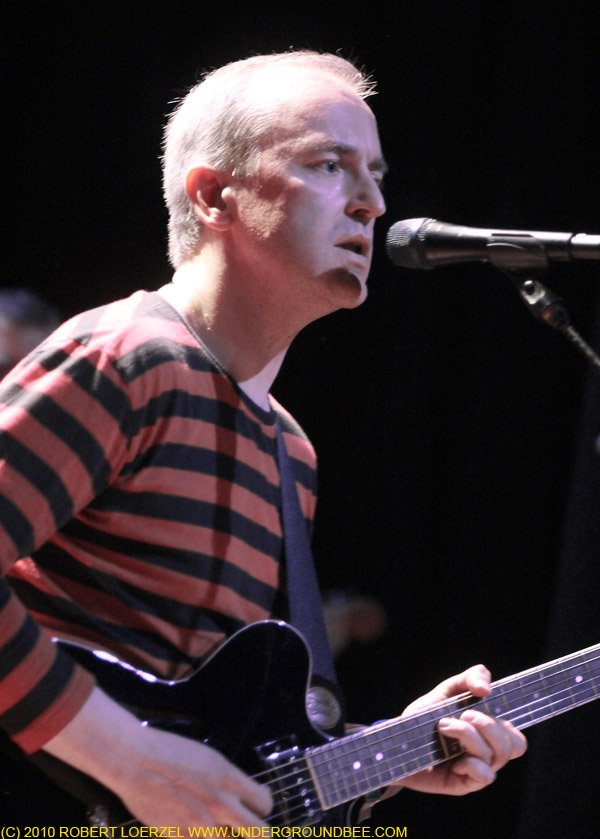 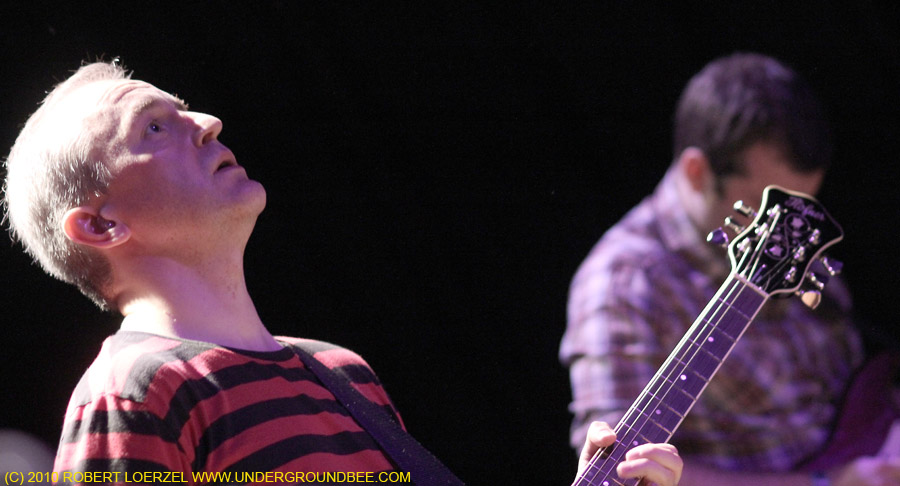 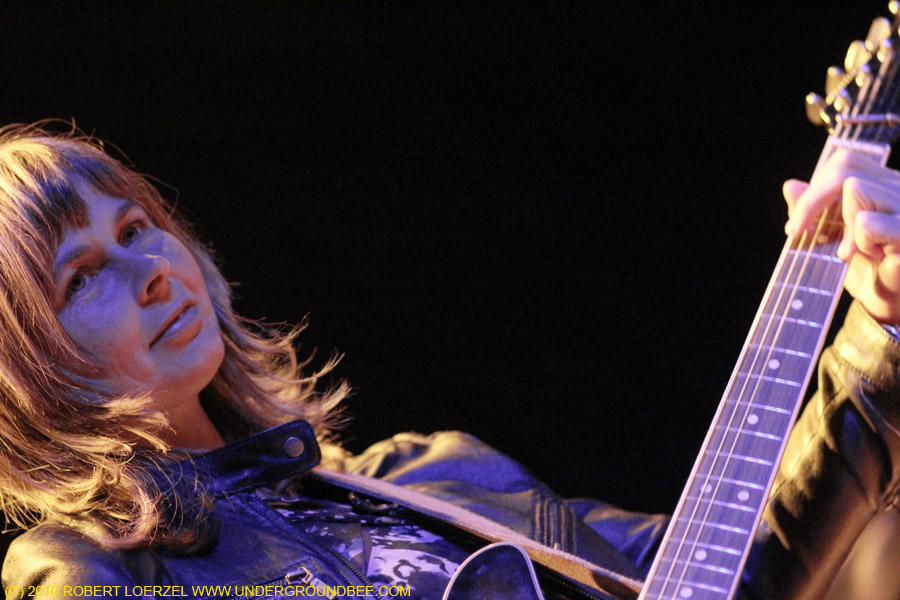 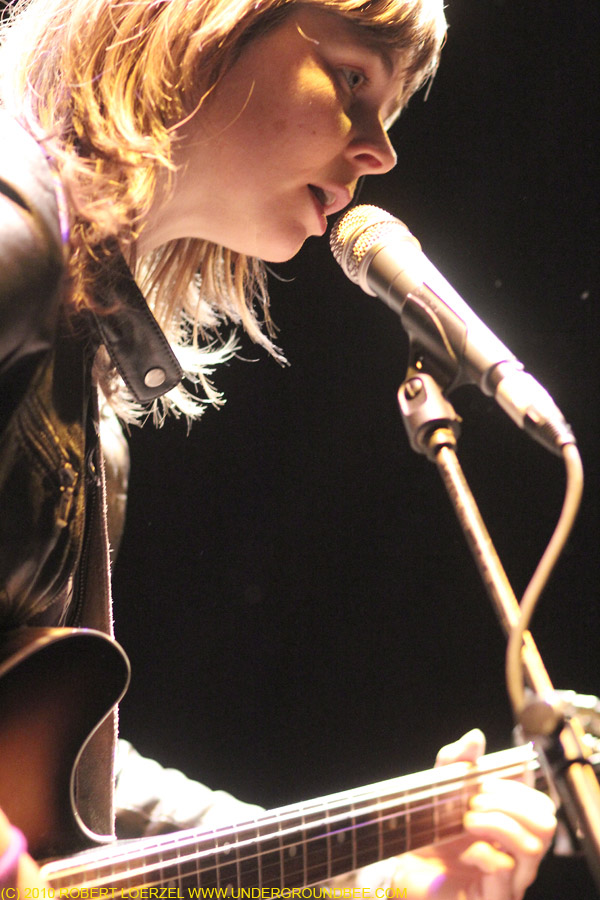 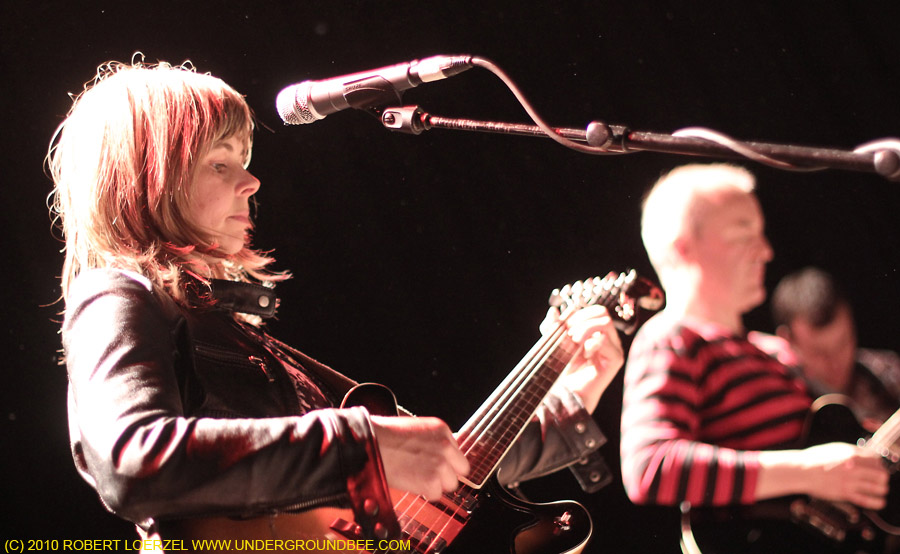 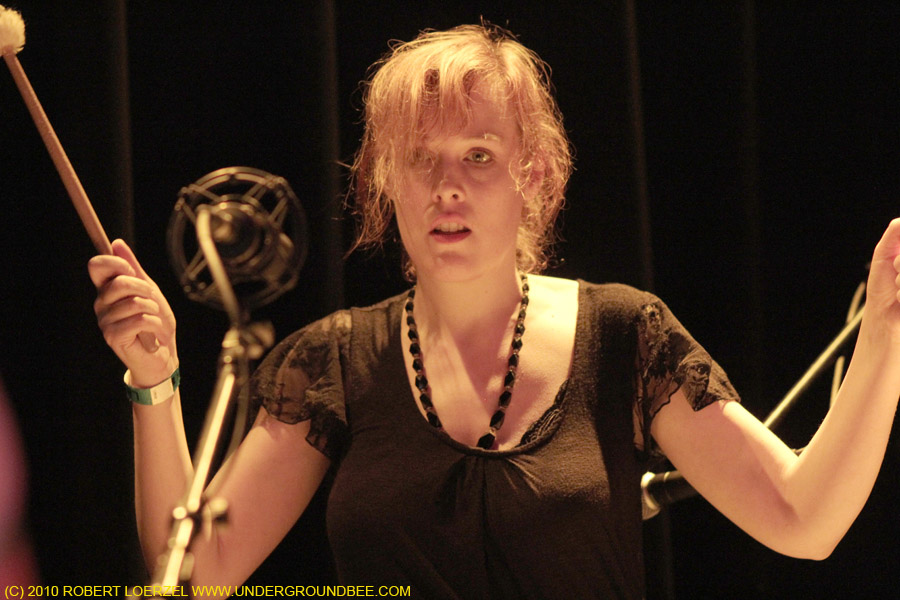 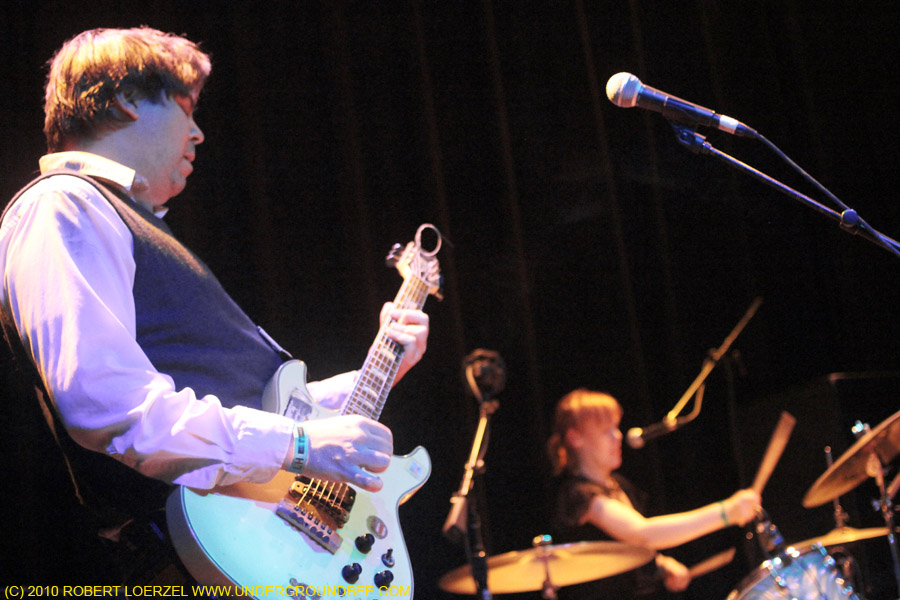 The odds are, if you’ve heard of the Vaselines, it’s because Nirvana covered a few of their songs. This Scottish band recorded just one LP and some singles in the late ’80s, broke up, then briefly reformed to open for their fans in Nirvana. They haven’t played together since the early ’90s, and they’d never played a concert in Chicago (for the Midwest, for that matter) until last night (May 16) at Metro. The occasion for their current tour is an excellent new collection of their old songs, Enter the Vaselines, issued this year by Sub Pop. As one of the band’s two singer-guitarists, Frances McKee, noted, it’s an “old-new CD.”

The group is essentially the duo of McKee and Eugene Kelly, though for this show they were backed up by three musicians on loan from other Scottish groups: guitarist Stevie Jackson and bassist Bob Kildea (both from Belle and Sebastian) and drummer Michael McGaughrin (from the 1990s). They were, as McKee joked, “the professionals in this outfit.”

Despite being away for so many years, the Vaselines sounded so fresh. Their songs have some of that Velvet Underground and post-punk feel, but there’s also a sweet pop side to what they do. That attitude also came through in their hilarious stage banter. Well, McKee was hilarious in any case, making bitterly funny remarks about her erstwhile romantic partner, Kelly, who played the part of the straight man in this routine. When Kelly introduced one song by saying, “This is a love song,” she interjected with a smile, “Not any more.” She also accused him of wearing “grumpy pants,” and when audience members called out that they loved Kelly, she tartly noted, “You obviously don’t know him.” After another song, she said, “There’s a message in that song: If you take too many drugs, you’ll end up like Eugene.” She delivered all this verbal abuse with a wry sense of humor (maybe that Scottish accent helps), and he stood there and took it with a slightly chagrined look.

If they still had any actual bitter feelings between them, it didn’t stop them from performing top-notch versions of their old songs, including of course highlights like “Jesus Wants Me for a Sunbeam,” which Nirvana fans know so well from the MTV Unplugged album. And the Vaselines even played a couple of new songs (one of which was identified simply as “new new song” on the set list), which sounded almost as good as the oldies. Let’s hope we hear more from the Vaselines soon.

To read more about the Vaselines, see the Sub Pop site.
www.myspace.com/thevaselinesband
Photos of the Vaselines.

The opening act was one of my local favorites, the 1900s (not to be confused with the aforementioned Scottish group, the 1990s). They’ve had a couple of members leave the band over the last year, but they had a new drummer and keyboard player in place for last night’s gig, and they also played a few new songs, which sounded promising. I eagerly await their next record.