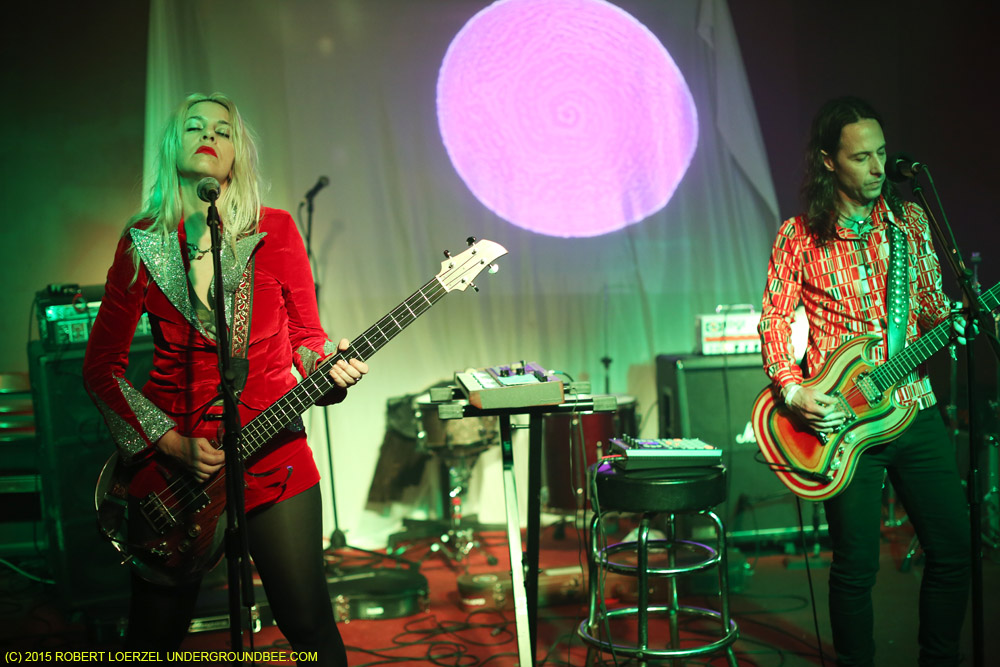 After the Joan Shelley-Doug Paisley show last Thursday, Nov. 5, at Szold Hall, I headed up to the Red Line Tap to catch a concert by the Thrill Jockey band White Hills (which was featured performing on screen in last year’s Jim Jarmusch film Only Lovers Left Alive). This band deserved a bigger audience than it got on this night, when just a handful of fans were watching, but that didn’t lessen the strength of the music. White Hills has included other musicians over the years, but for this show, it was down to its two core members, guitarist-vocalist Dave W. and bassist-vocalist Ego Sensation. They fleshed out their sound with keyboards and drum machines, stretching out their songs into experimental grooves. 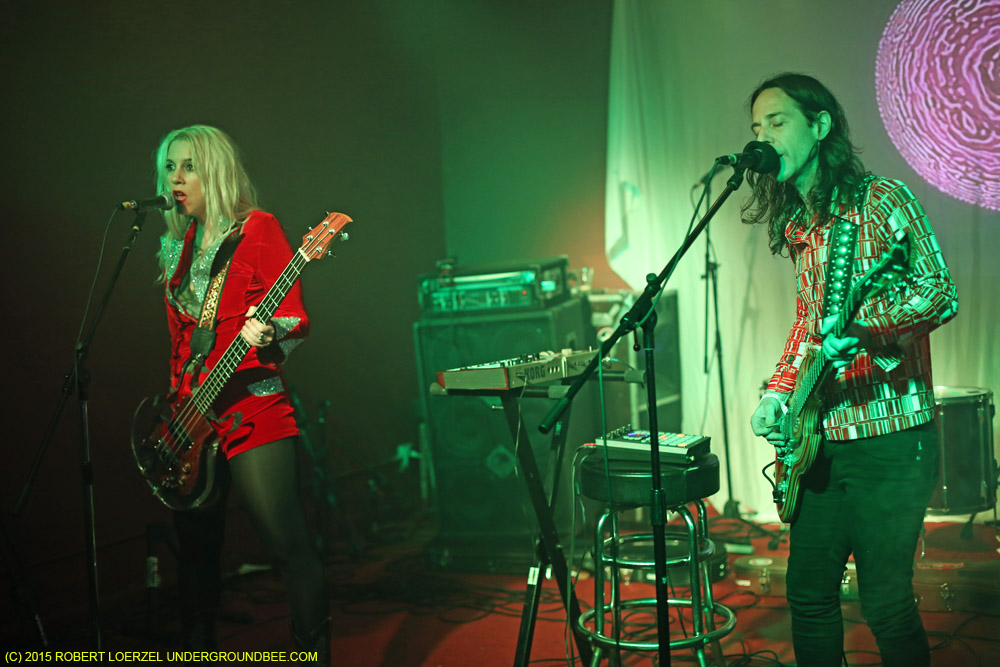 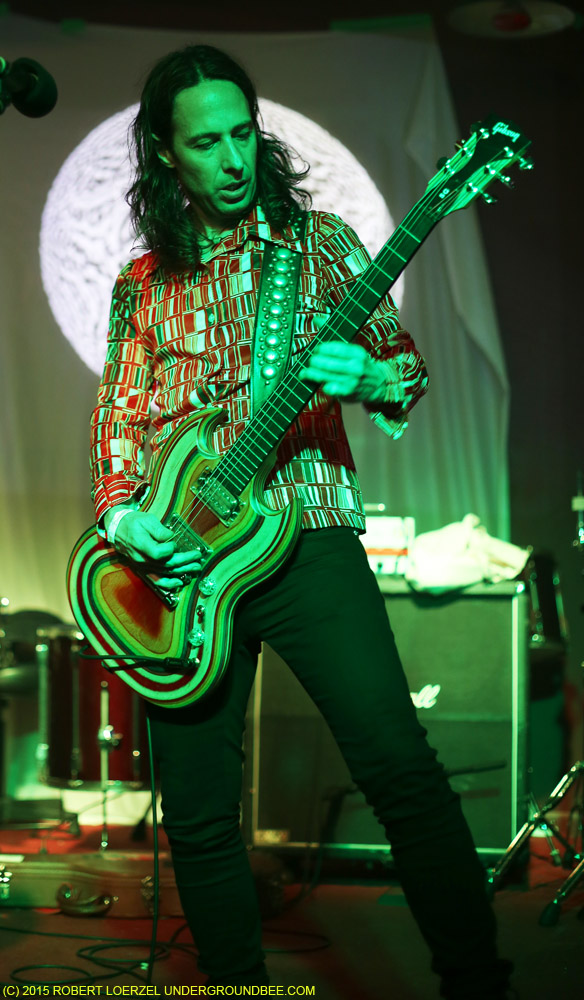 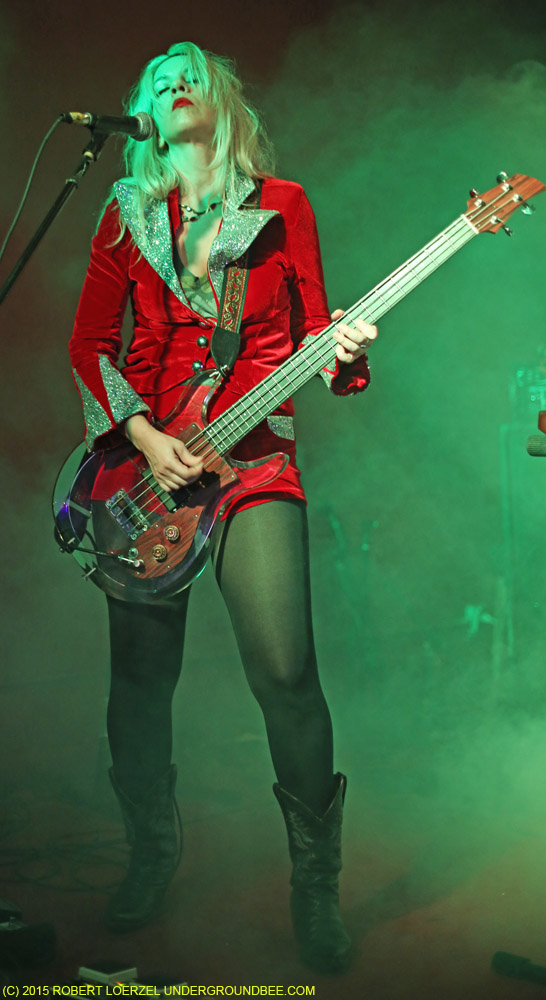 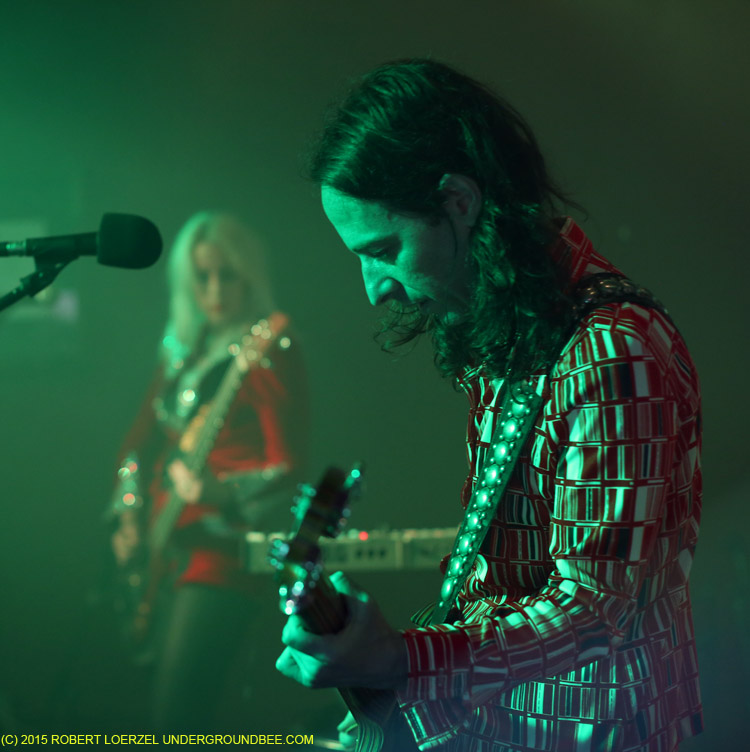 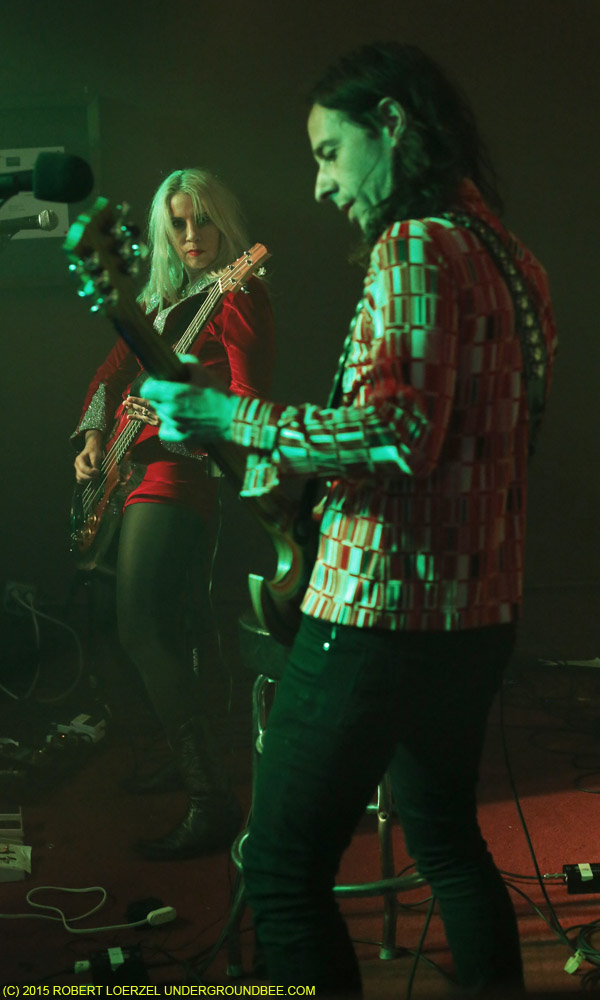 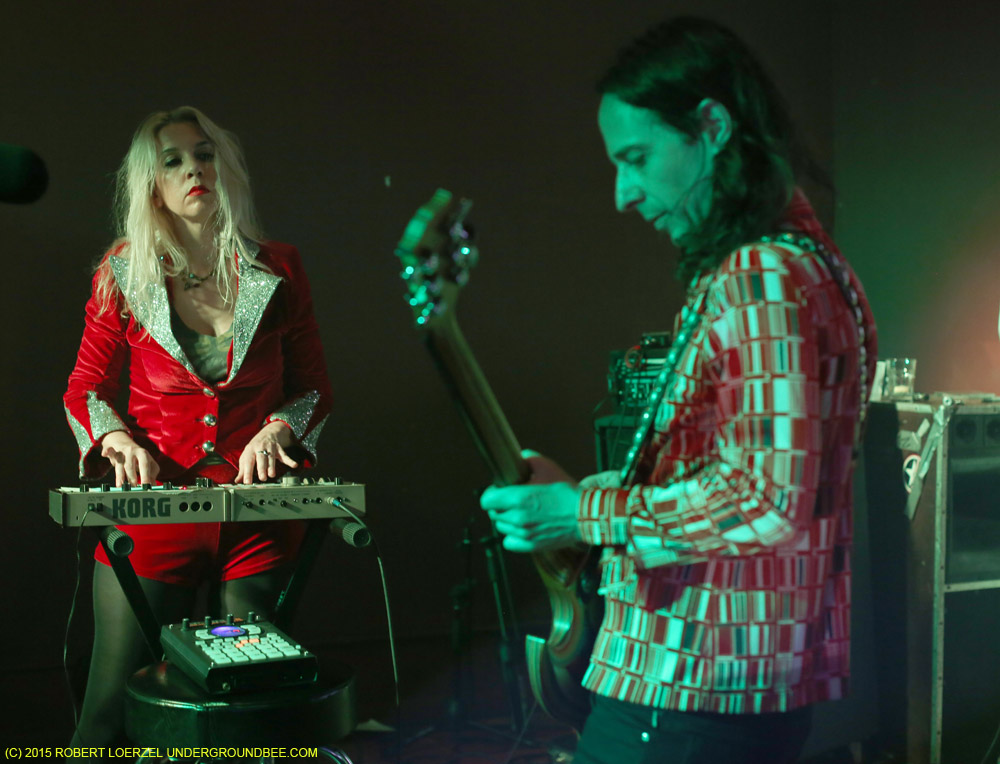 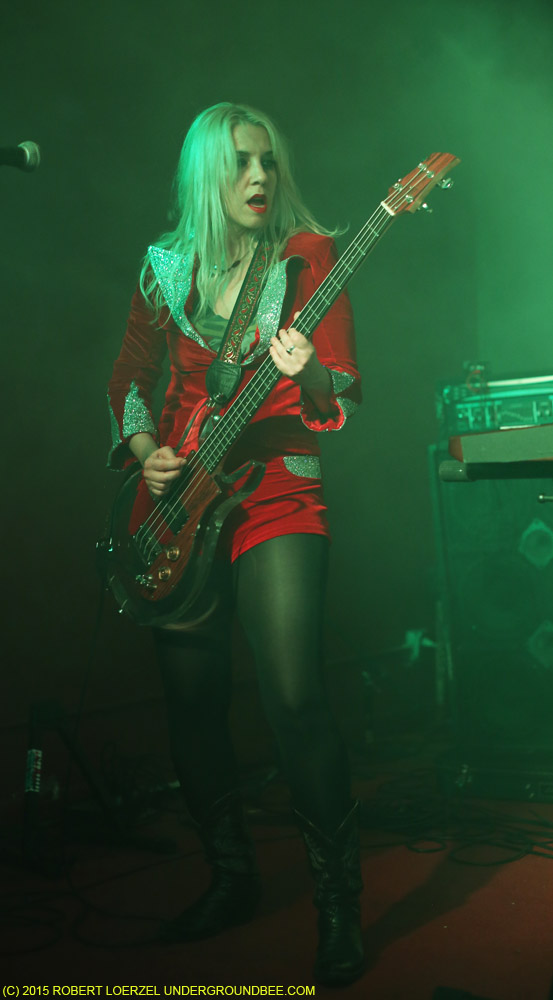 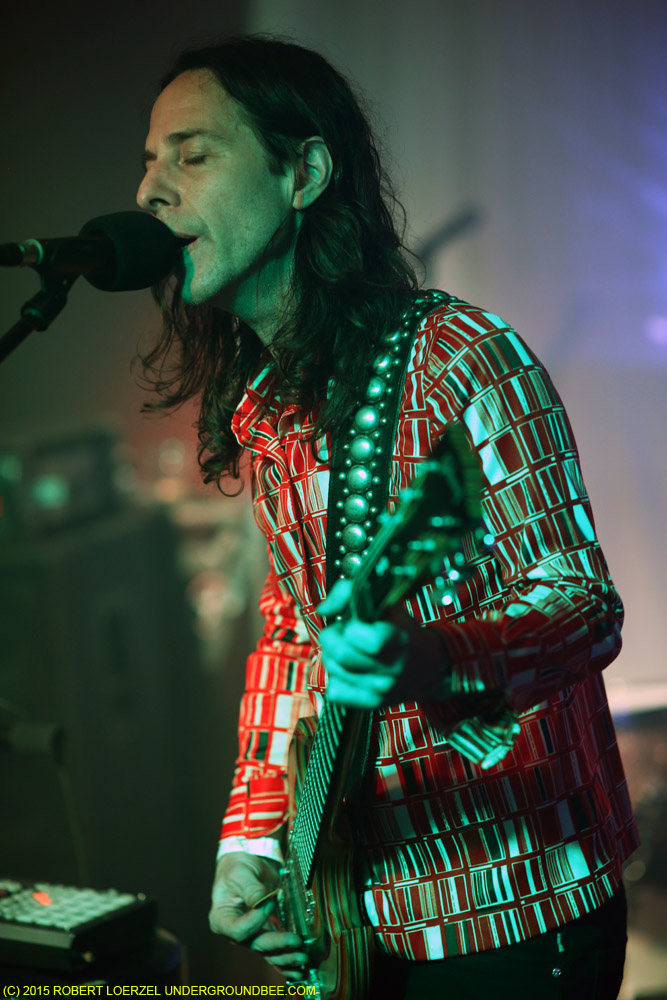 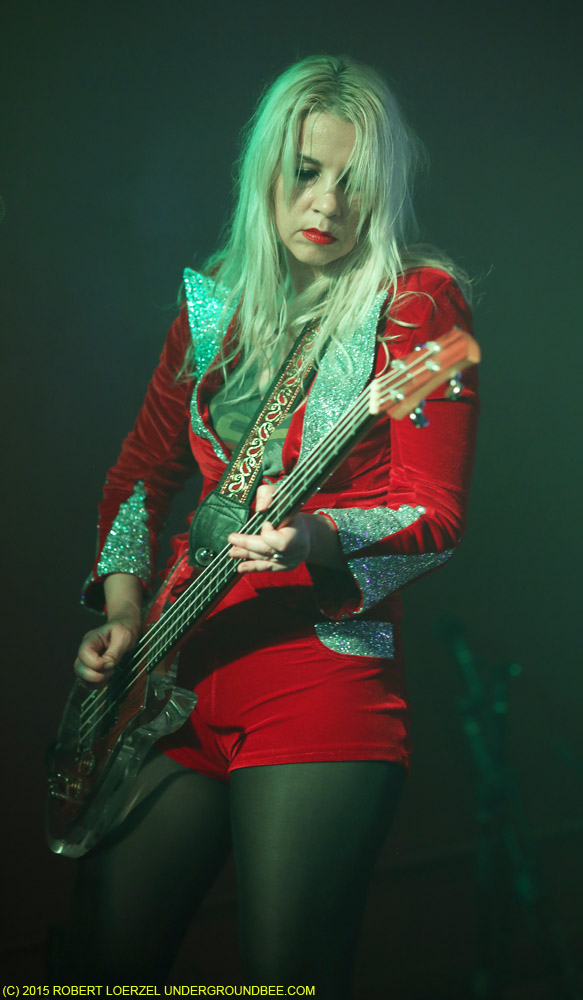 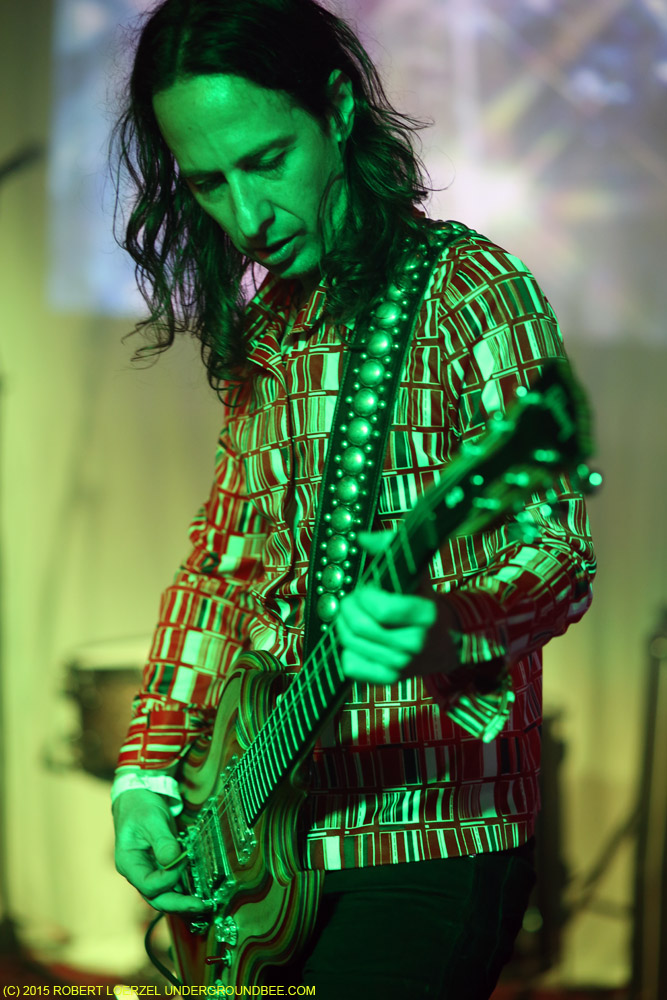 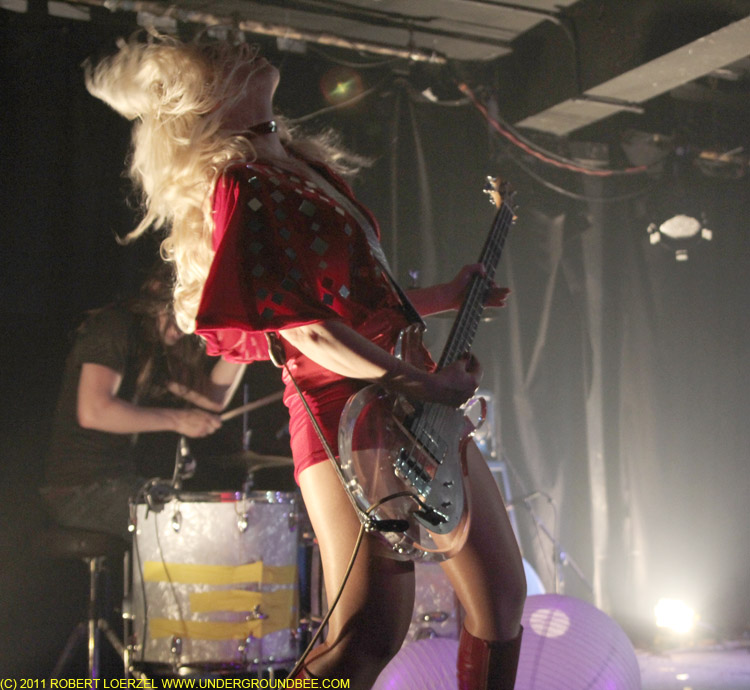 Papercuts finished their concert at Schubas Wednesday night just early enough for me to head over to the Empty Bottle for another great show — the New York-based band White Hills, who released an excellent self-titled record of hard rock, space jams and experimental drones last year, making all of those sounds fit together with perfect musical logic and some relentless riffs. The band has a double LP concept album, H-P1, coming out June 21 on Thrill Jockey, “telling the story of a corrupt government that is run like and owned by corporations,” according to a press release, which also compares White Hills with Hawkwind. I’ve just started listening to the new record, and I can tell I’m really going to like it.

In concert, White Hills didn’t play much of its droning, instrumental music — just a few choice interludes of oscillating feedback. The rest of the show was all-out rock. Guitarist-singer Dave W. was wearing makeup that made him look like an outcast from Kiss or an Alice Cooper tribute act, and he let loose with the sort of hair-flailing guitar solos that the music demanded. The bassist who calls herself Ego Sensation was decked out in red, showing a lot of leg as she pounded away on those low notes that give White Hills’ songs some of their dark psychedelic flavor. This is a band not to be missed.
www.myspace.com/whitehills
www.thrilljockey.com/artists/?id=12183 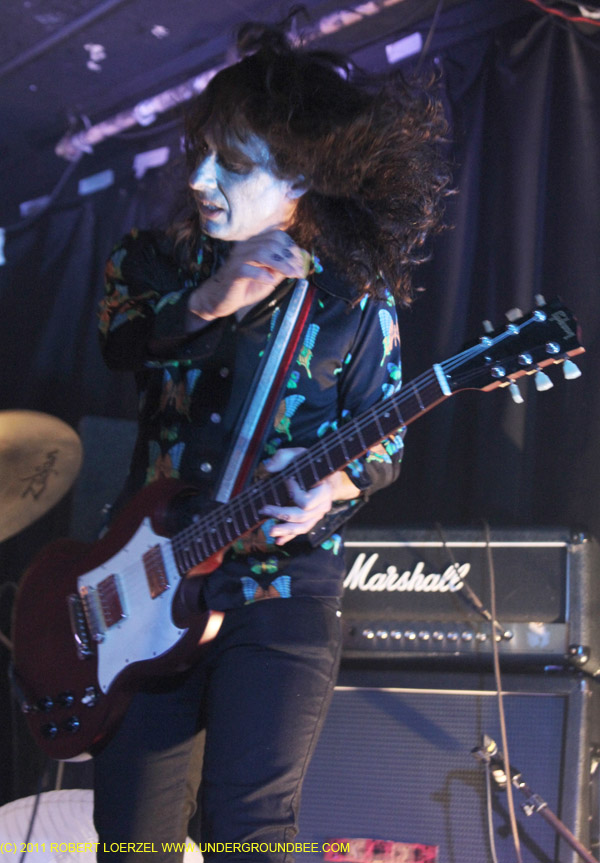 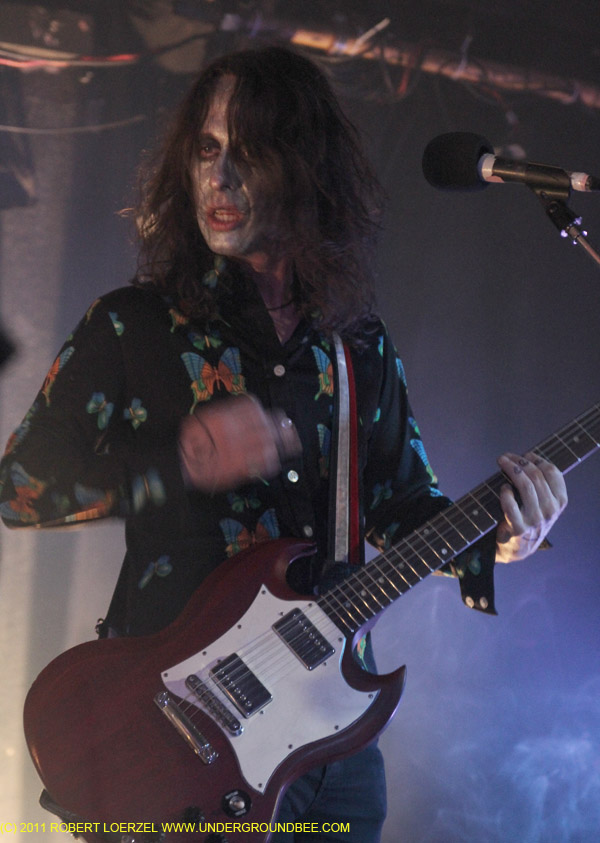 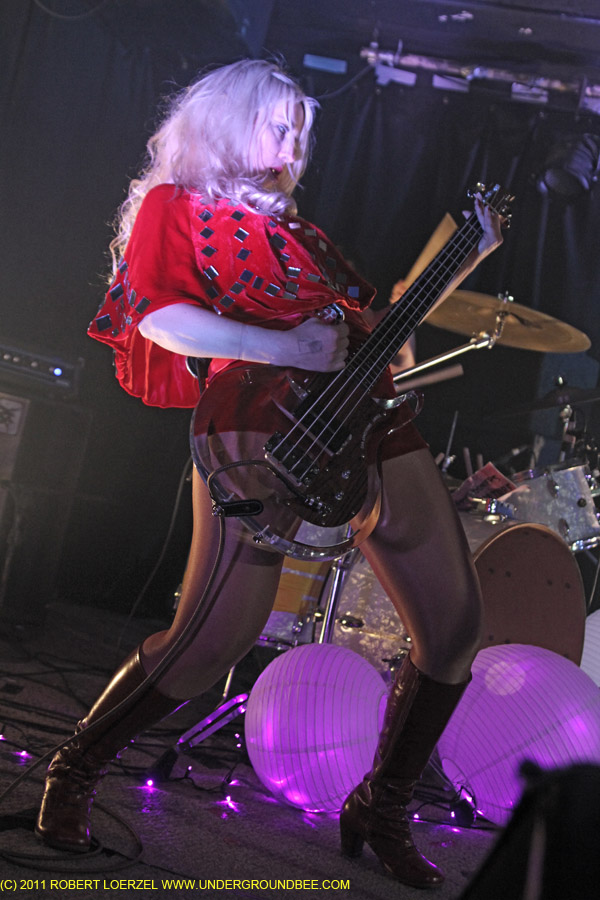 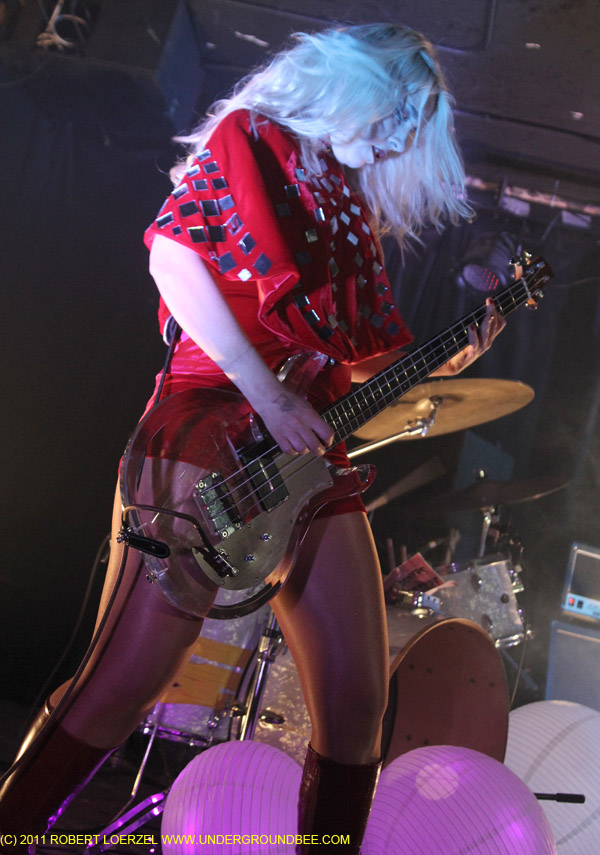 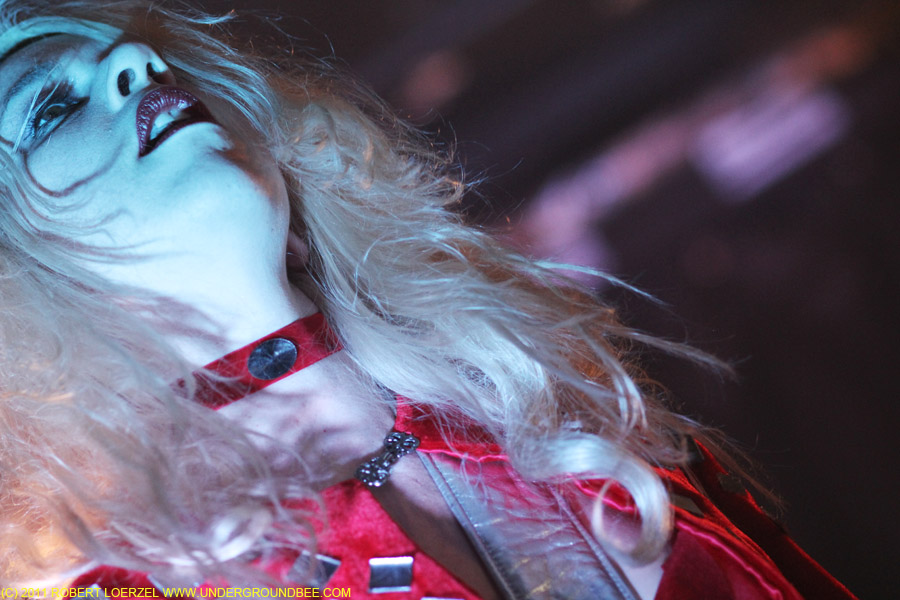 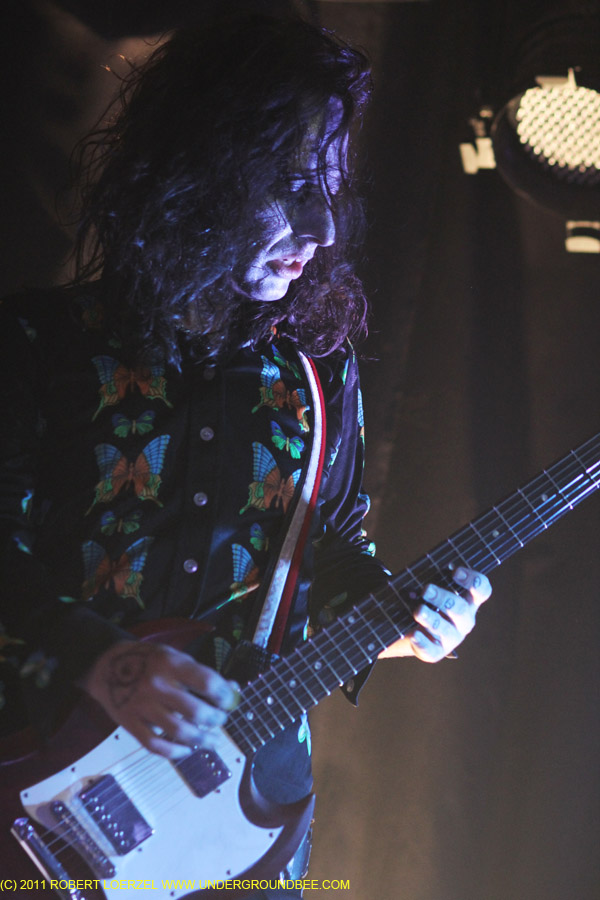 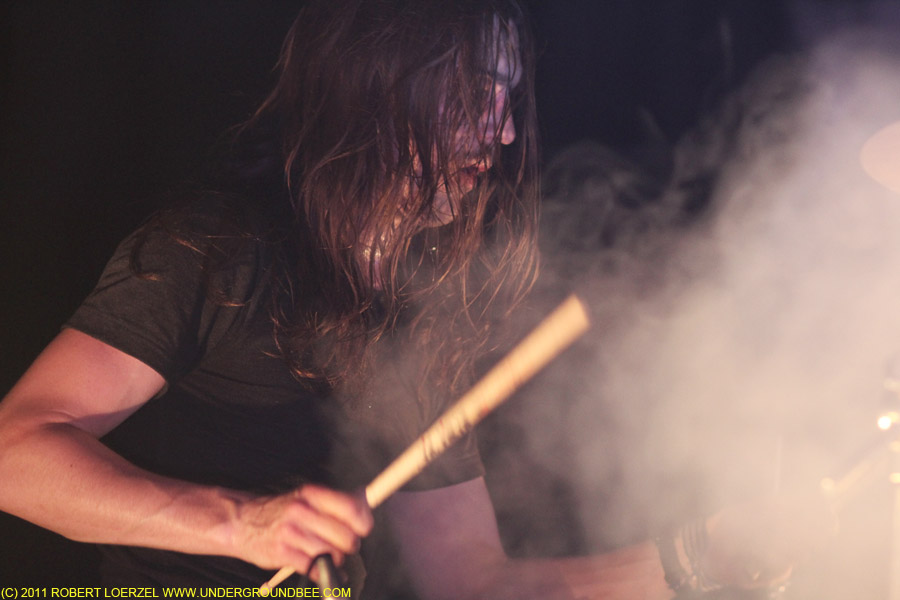 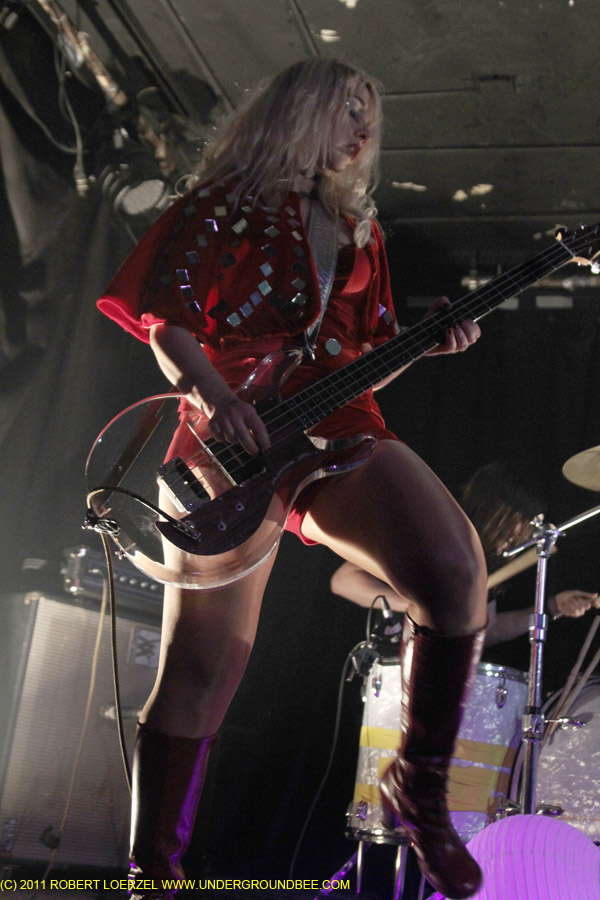 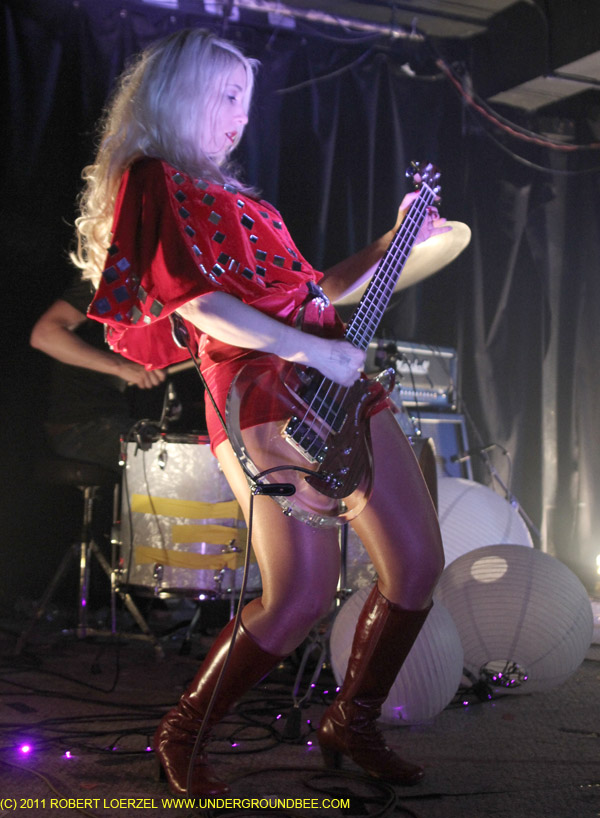 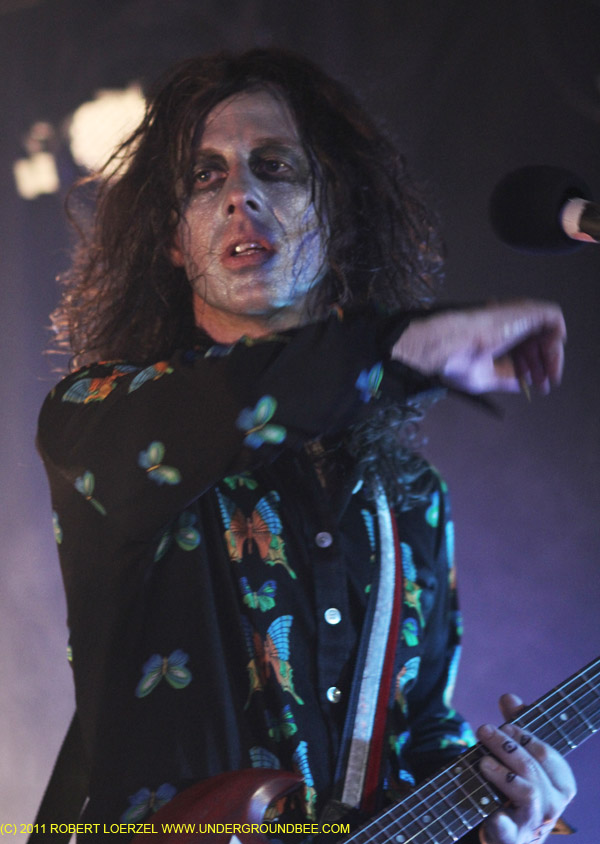 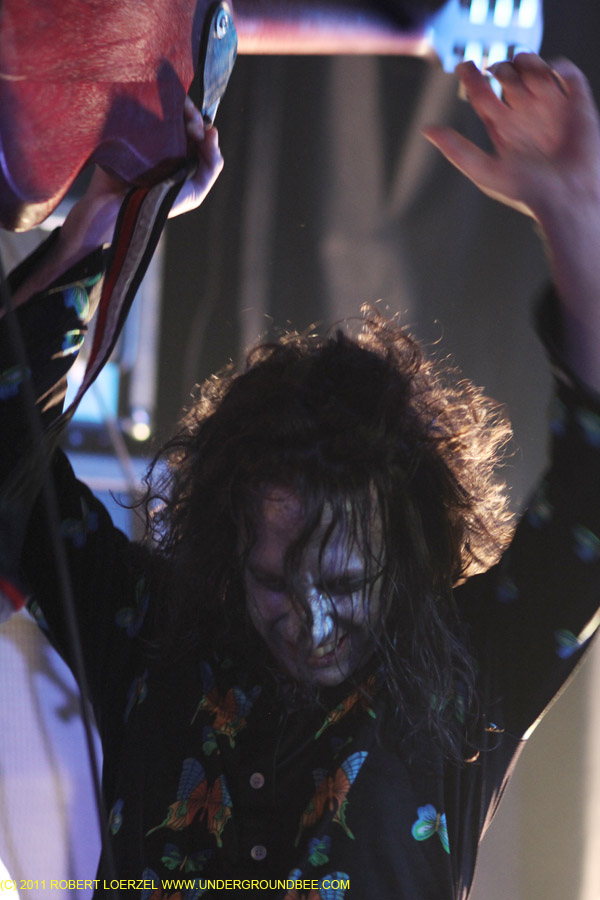