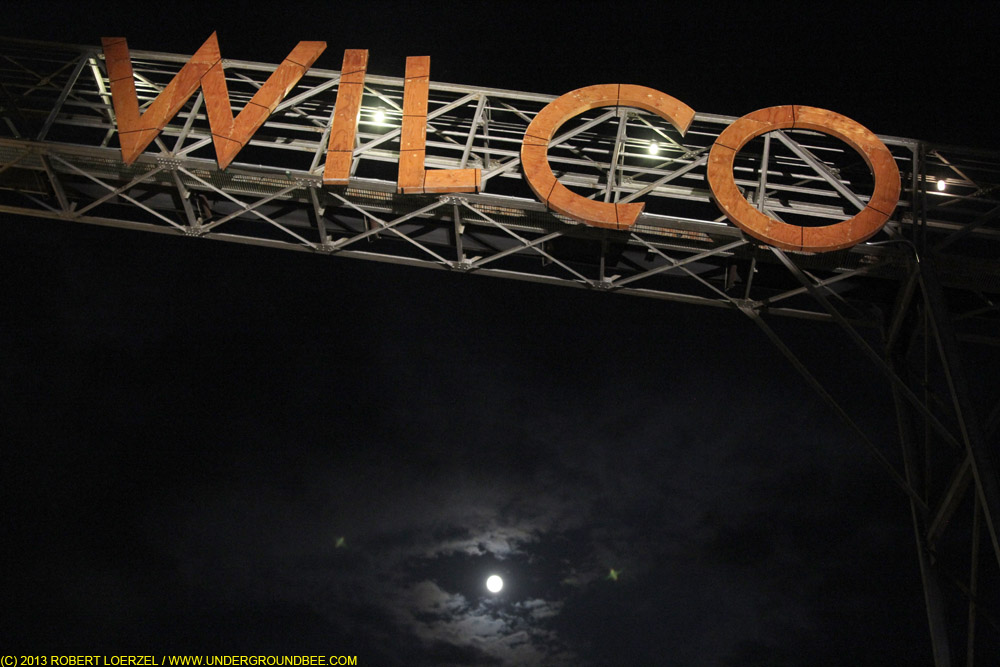 The new exhibit at the Museum of Contemporary Art, Chicago, explores how artists use their studios and how the studio environment influences their art. It’s called “Production Site: The Artist’s Studio Inside-Out,” and it’s up through May 30.

At the press event that kicked off the show, I recorded comments by a few of the artists and curator Dominic Molon. Here’s a video with a few of those sound bites, along with photos of the exhibit. (This video is a little experiment. I’m playing around with different ways of documenting stories and events.)

… One thing you won’t hear about in my video is the wonderful piece of paranoid narrative art by Deb Sokolow, “You Tell People You’re Working Really Hard On Things These Days,” which she plans to change as the exhibit goes on. It’s in the front lobby of the MCA.

My first visit to New York since August 2001 (yes, just a couple of weeks before 9/11) began with walking around the former site of the World Trade Center. In fact, I walked past this fenced-off vacant space several times over the course of four days… until it became almost routine. Still, how strange to see all that emptiness where the towers used to be. The closest thing to a shrine is actually across the street from the WTC site, over at St. Paul’s Chapel, a church that’s been open since 1766, with centuries-old tombstones in the churchyard. The inside of the chapel remains decorated with 9/11 banners.

No New York trip is complete with a stop at the Museum of Modern Art, which has three current exhibits well worth seeing. “Edvard Munch: The Modern Life of the Soul” is an excellent retrospective of paintings and prints by the Norwegian artist famous for “The Scream.” Interesting to see this earlier painting, “Despair” (left), depicting the same scene of torment – but with the figure representing Munch looking on passively rather than opening his mouth in agony. And it’s amazing to think that Munch got his family members to pose for a reconstructed scene of his sister’s death years after the tragedy. Despite all the darkness and angst in Munch’s life, I sensed more peace in the images from late in his life, and it was interesting to see how his style evolved – and how he himself changed in a series of self-portraits from over the decades. Also at MoMA, “Without Boundary: Seventeen Ways of Looking” is a set of works by artists either from the Islamic world or commenting in some way (not always clearly) on Islam. (Interesting, though the connections between the artworks are not always easily grasped.) And “On-Site” is a really stunning overview of the cutting-edge architecture happening lately in Spain.

I caught a performance of Peter Morris’ play “Guardians,” produced by the Culture Project. Inspired by Abu Ghraib, it’s essentially two alternating monologues – one by a British tabloid journalist who fabricates photos of British soldiers engaging in torture (Lee Pace) and the other by a female U.S. soldier obviously patterned after Lynndie England (Katherine Moennig). The common theme is S&M and human cruelty. Neither character is very likable, but while the play does have some difficulty reaching closure, it does pack a powerful punch – and Pace and Moenning are both top-notch.

Some highlights from walking around the gallery scene in the Chelsea neighborhood: Rona Podnick’s sculptures atSonnabend Gallery (left), with realistic human heads on globular bodies (among other things)… Didier Mahieu’s elaborate installation “A Day Elsewhere: Think Tank 2” at the Chelsea Art Museum, which made you feel like you were wandering into haunted ruins… The diverse show “Great Performance: Chinese Contemporary Photography” at Max Protech.

The Chelsea galleries had plenty of big art installations, which were also dominant at the Whitney Biennial. This major show of what’s happening in contemporary art had its share of interesting works, but it also had too much mediocre video art. Give an artist a video camera, and too often you get a half-baked bit of badly filmed and badly edited (or totally unedited) movie… projected onto a wall in a dark room, where it becomes “video art.” That being said, I do like the way the presentation of video art changes your expectations – narrative is no longer the thing. Other works in the Biennial followed in Duchamp’s and Warhol’s footsteps, appropriating other objects and turning them into “art.” OK, I get the concept… and now I’m bored. I did like plenty of the art at this show, however. My highlights were the works by Dawolu Jabari Anderson, Kenneth Anger (taking on Mickey Mouse as his latest icon) Troy Brauntuch, Carter, Peter Doig, Pierre Huyghe (the best of the video artists)Daniel Johnston, Liz Larner, Marilyn Minter, Jim O’Rourke (yeah, the same guy who records with Wilco and Sonic Youth, featured here as a video-installation auteur) Ed Paschke and Nari Ward.

David Hare’s “Stuff Happens” is now in a strong production at the Public Theater – but it is rather odd to see current events turned into a play, with “characters” such as George W. Bush, Donald Rumsfeld, Condoleezza Rice, Colin Powell and Tony Blair right there onstage in front of us. It’s hard not to think how you would have edited the same news stories into a play of your own, which parts you would have included or left out. I think the script could be focused into tighter, more natural scenes without all of the overarching newscast-style narration… and Bush gets a little bit lost in all of the action, his motivation as much a mystery as ever. Maybe that’s the idea. The scene at the end of Act 1 between Powell and Bush was powerful, and there were many other strong moments, but I’m not sure “Stuff” is an unqualified success. The performances were good. Some of the actors look pretty similar to their real-life counterparts, while a few are not so close (playing Bush, Jay O. Sanders is too stocky, though he has the facial expressions and voice down, and Byron Jennings looks too old to play Tony Blair, something that the makeup department could have fixed). As the audience laughs at some of the examples of Bush’s idiocy, it’s hard not to feel a little uncomfortable. The laughs felt a little too easy, perhaps the audience’s fault as much as the playwright’s. I wonder how “Stuff Happens” will be viewed decades from now, assuming it survives as an enduring work of theater (and assuming Hare doesn’t continue revising it every time it is performed). It should make for an interesting time capsule from the Iraq War.

The Guggenheim’s hosting a great exhibit of sculptures by the legendary David Smith. I was not that familiar with Smith’s work, to be honest, and not being a huge fan of modern sculpture, I went into the show without high expectations. Seeing his small-scale sculptures as well as the big ones was quite illuminating, however, and I ended up really liking Smith’s distinct shapes – sometimes whimsical, sometimes simple, sometimes complex, always primal.

SEE MY PHOTOS OF NEW YORK.