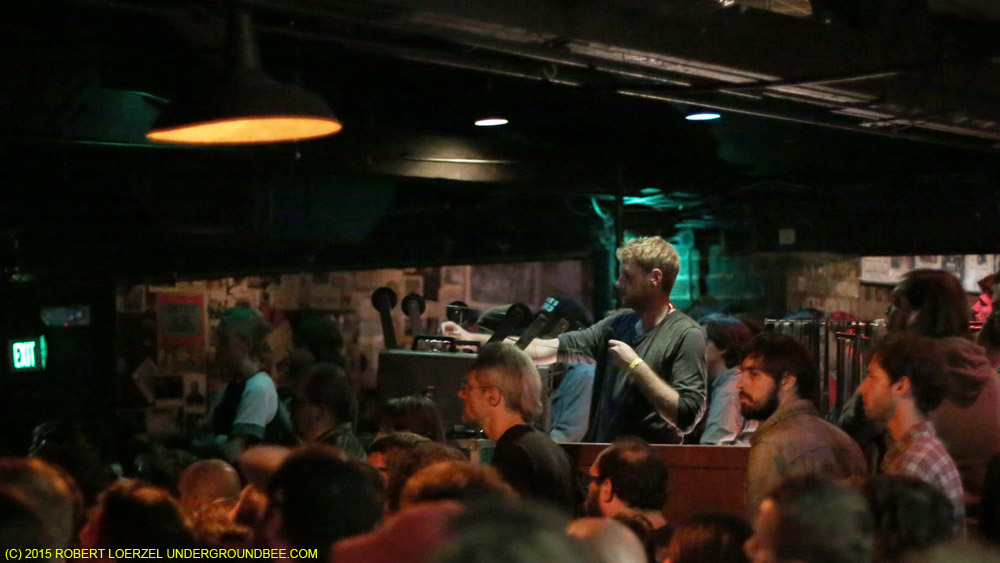 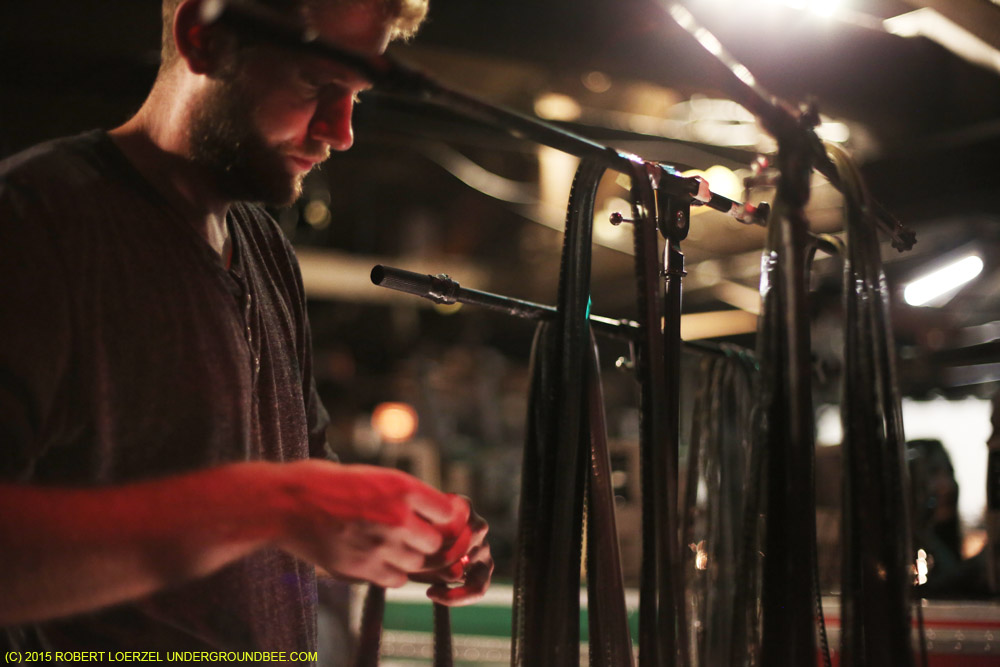 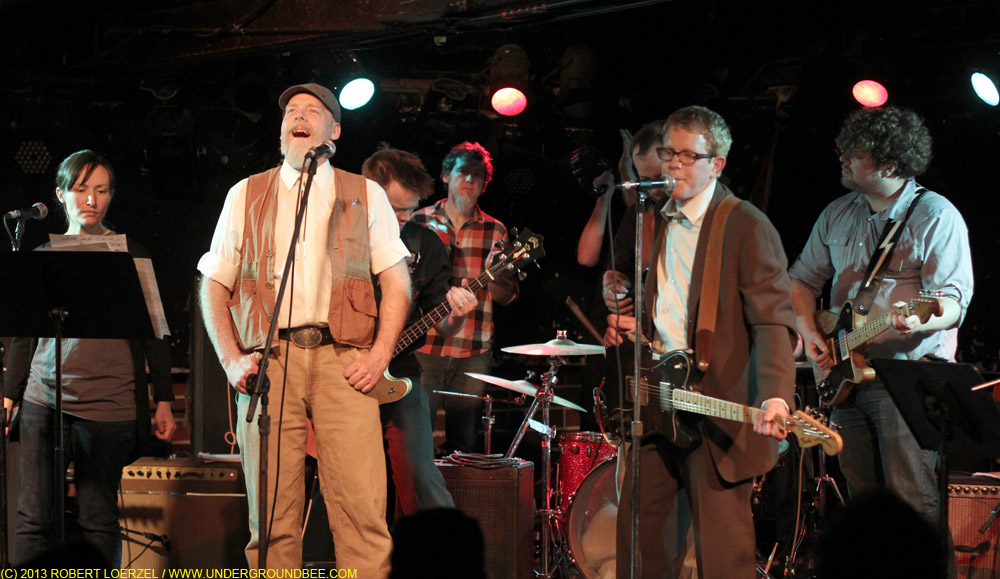 The songs cried out for the voice of Jason Molina, the singer-songwriter who had played with many of these musicians in his bands Songs: Ohia and Magnolia Electric Co.

Molina died in March, and the tribute concert on Saturday (May 11) was a celebration of all the great music he left us with. It also served as a sorrowful reminder of what we’ve lost. (Read and hear my 2006 interview with Molina.)

Held in the college town where his record label, Secretly Canadian, is based, the bittersweet concert brought together Molina’s former bandmates from the various phases of his career, as well as musicians from other bands whom he’d befriended. The show stretched on for more than five hours — a testament to just how prolific Molina was, and just how well his music holds up.

Singer Jennie Benford (who also performed in Jim and Jennie and the Pinetops) made the first of several appearances throughout the night during this set. It was great to hear her lovely vocals again.

Oneida, who toured with Molina and recorded a split single with Songs: Ohia, played a three-song set, returning to the scrappier, more song-oriented sound of its early days to capture the spirit of the times Oneida spent with Molina. For this performance, Oneida was supplemented by Erica Fletcher on bass and vocals. (She later came back to the stage with Oneida’s Fat Bobby to sing another tune.)

The next band to take the stage was essentially the group that Molina brought together in Steve Albini’s studio to make the 2003 album Magnolia Electric Co. — although it wasn’t the same band that played on later Magnolia Electric Co. albums and tours. This was a rare opportunity to hear these musicians (including some members of the Chicago heavy metal band Arriver) playing the songs live. Back when Molina made the record, he turned out the lead vocals on his song “The Old Black Hen” to Chicago alt-country singer Lawrence Peters, and now it was Peters who took a turn at the microphone to sing it in a rendition faithful to the beautiful original. Most of the songs from that masterpiece of an album were saved for the end of the night, however.