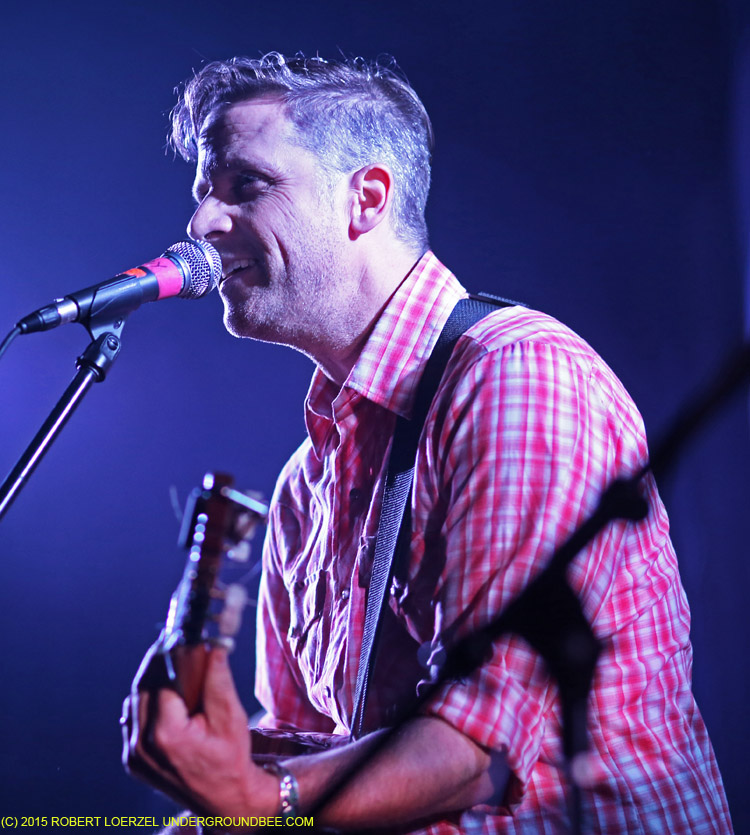 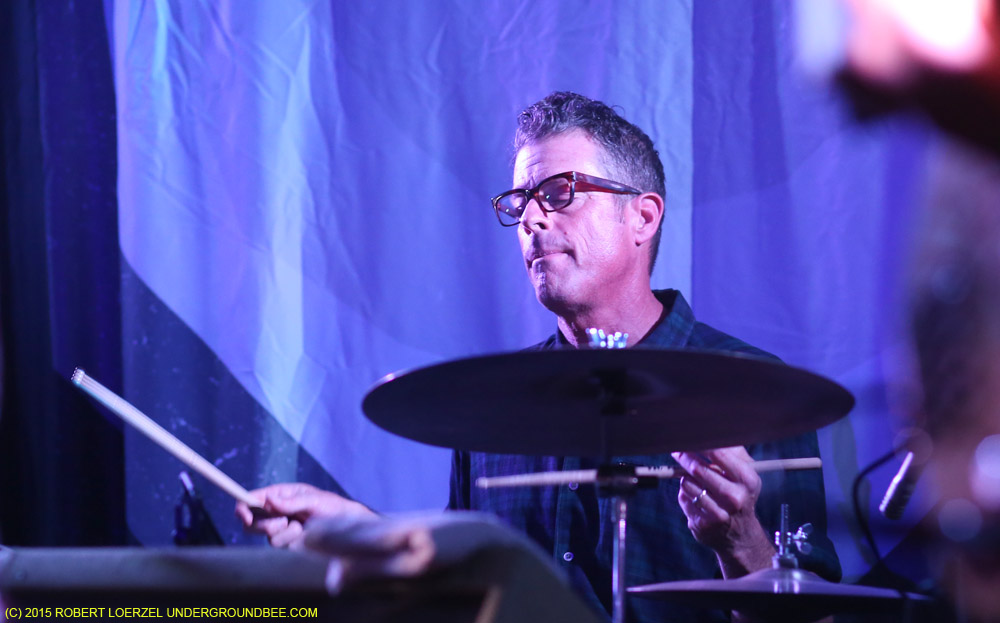 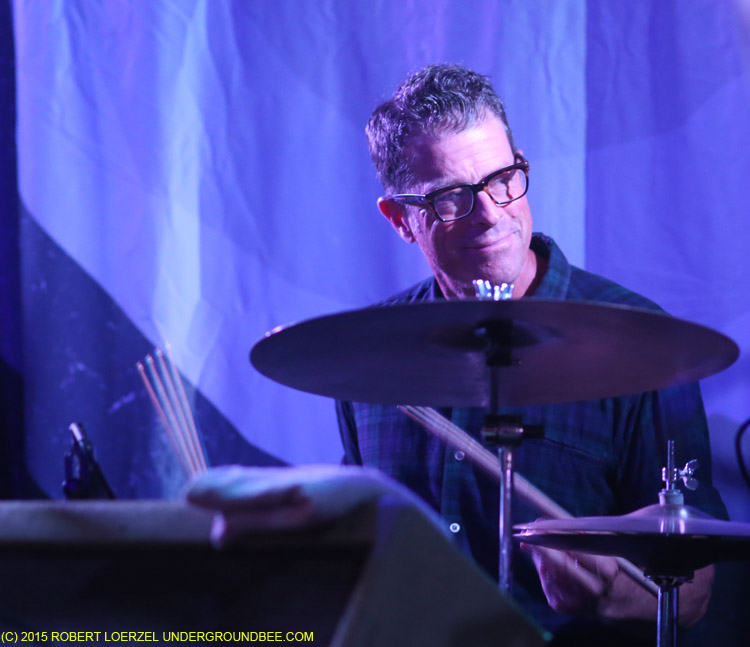 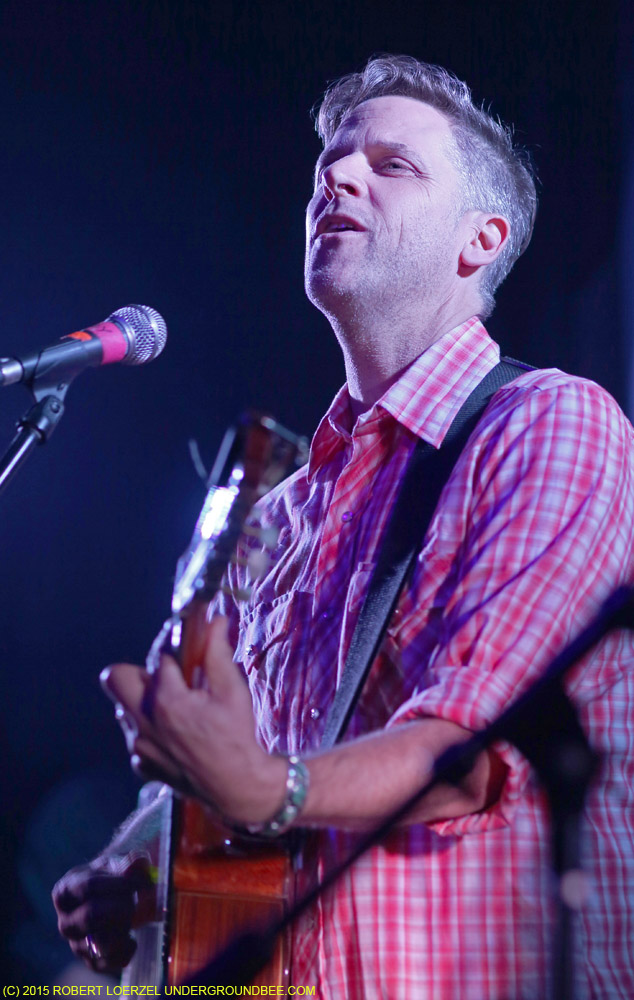 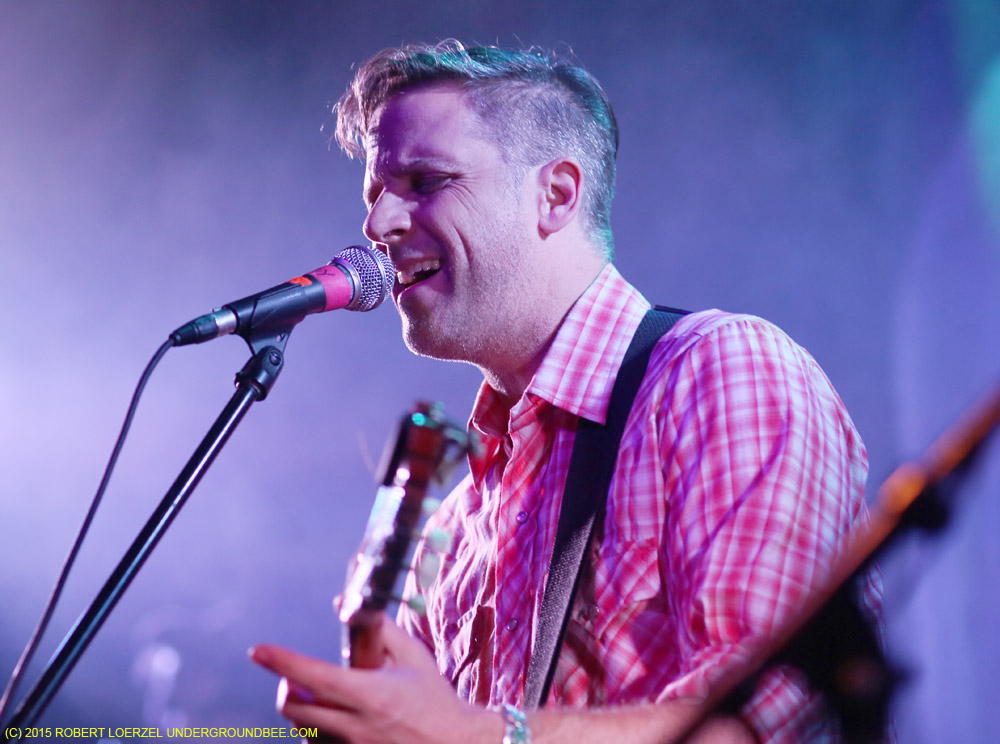 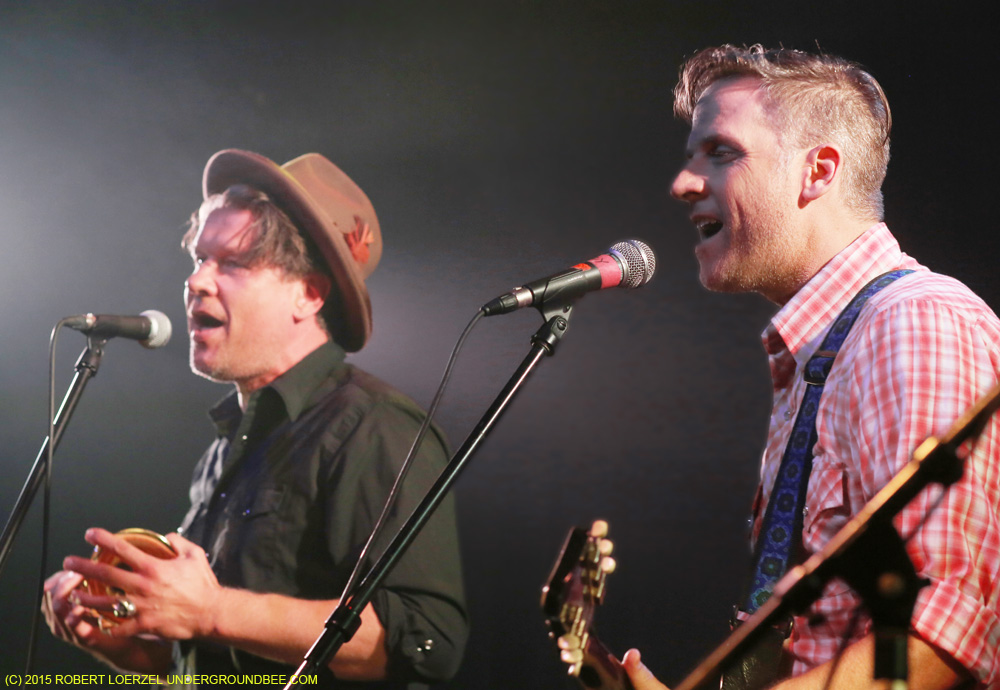 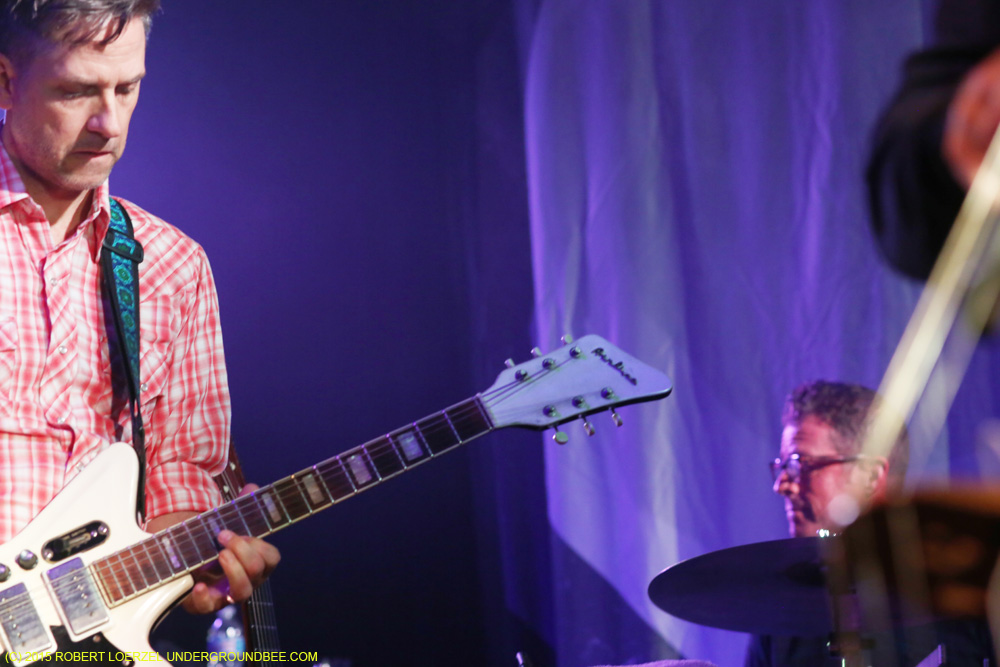 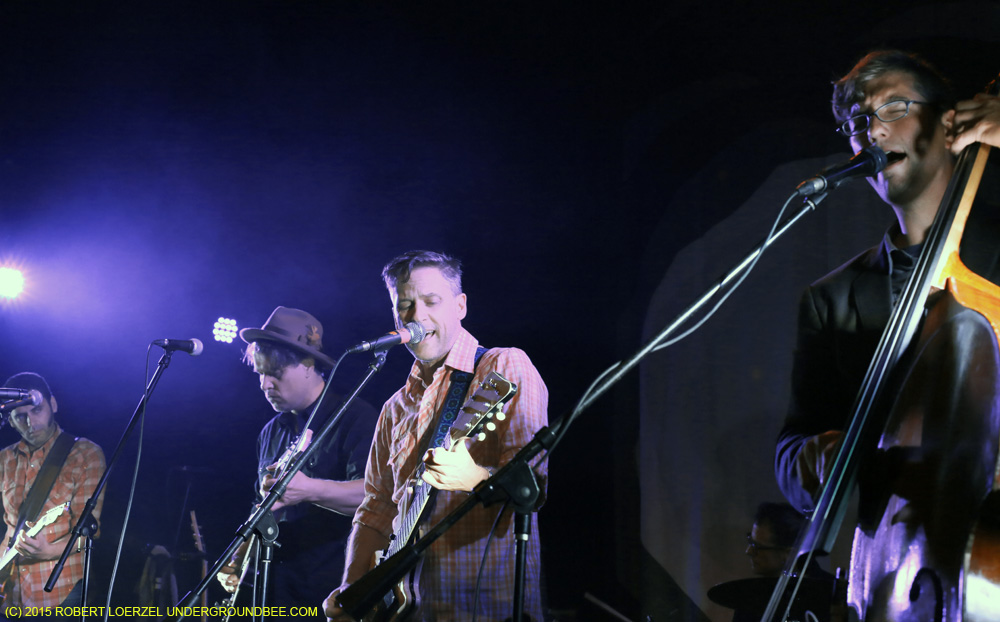 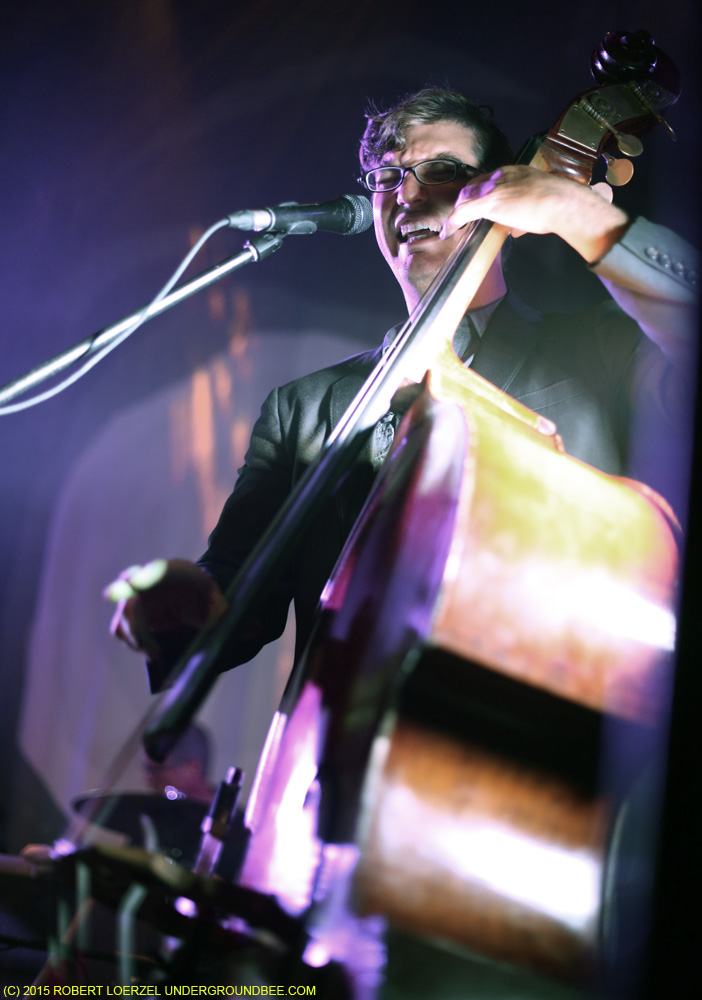 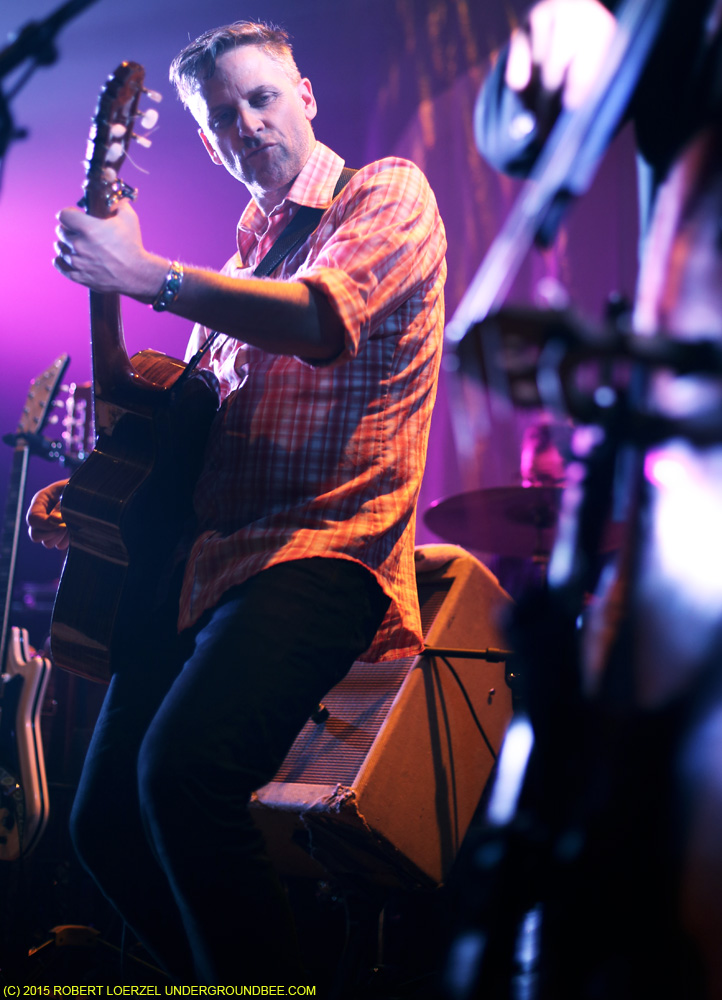 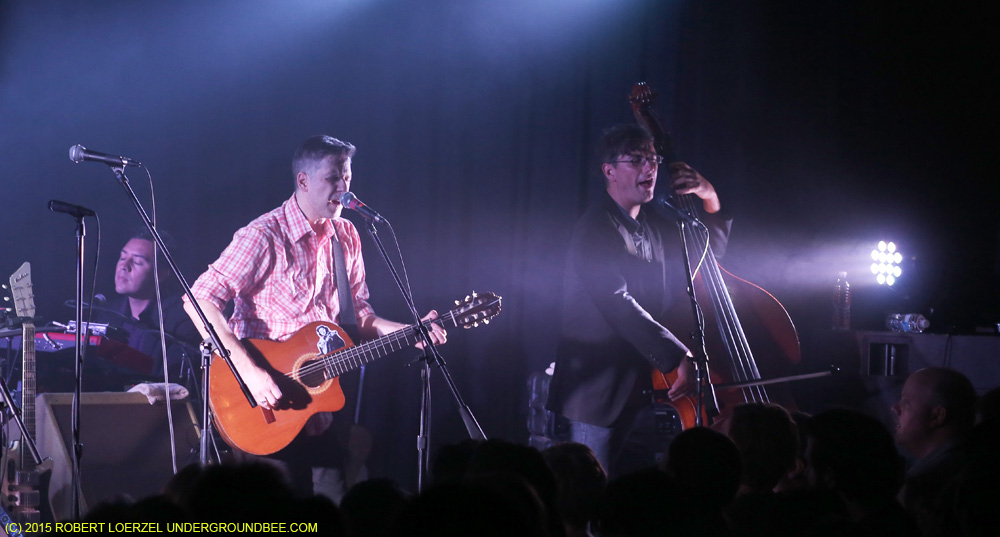 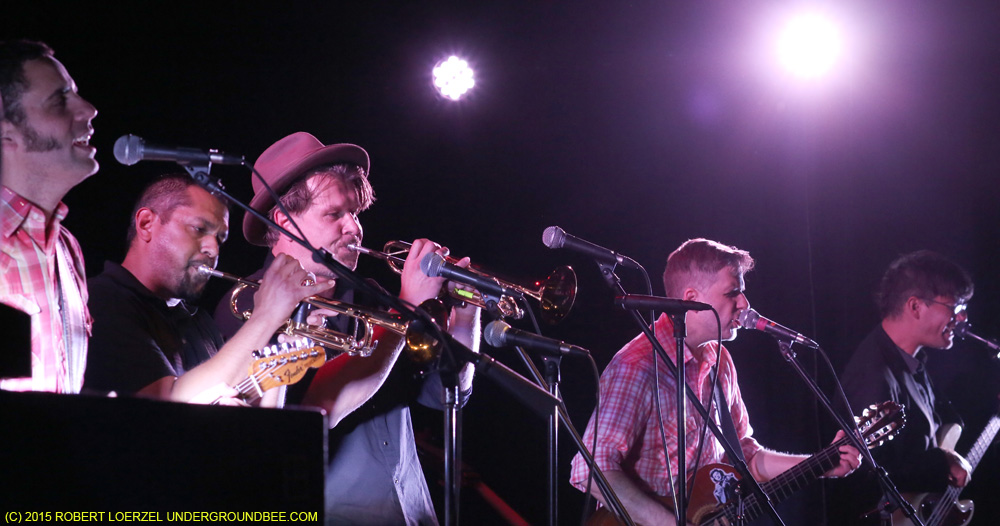 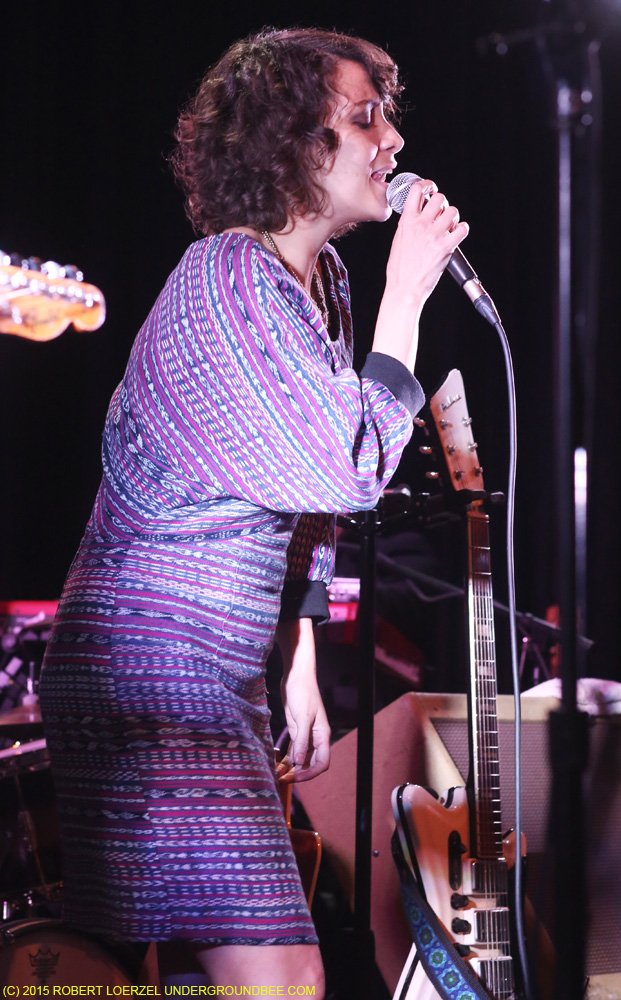 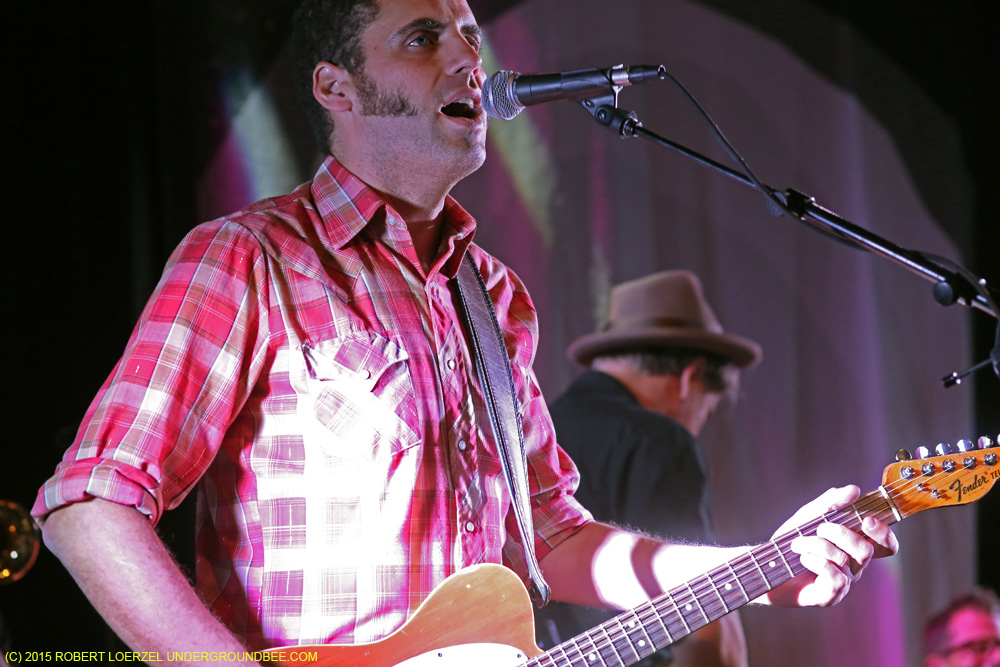 Has Calexico mellowed into some sort of Tex-Mex lite rock? Some people apparently think so, after a cursory listen to the band’s latest CD, Garden Ruin. While the record does have more than its share of quiet moments, it has some rockers, too, and this album’s a grower.

And in concert, on June 23 at Metro, Calexico is just as fiery and nimble as ever. It was another top-notch performance by Calexico tonight. Joey Burns is sort of an assuming frontman — not super showy — but that just adds to feeling that this one-time duo has truly become a full-fledged band. Especially impressive is that German/Latino duo swapping instruments all night long — trumpets, vibes, keyboards, guitar, accordion, percussion — those guys (Martin Wenk and Jacob Valenzuela) are great. John Convertino got some excellent rattlesnake noises out of the drum kit.

There were a lot of old songs, plus a good sample from the new record. “Bisbee Blue” and “Letter to Bowie Knife” sounded especially good, as did the Feast of Wire tunes like “Not Even Stevie Nicks” (that one veered off into a new section that sounded much different from the studio version). Calexico also played its nice cover of Love’s “Alone Again Or,” and during the encore, opening act Jason Collett and a bunch of other musicians came onstage for Bob Dylan’s “Gotta Serve Somebody.” Other guest musicians included Doug McCombs of Tortoise and Eleventh Dream Day sitting in on guitar for a few songs and Chicago’s go-to guy on trumpet, Dave “Max” Crawford (who’s also a bartender at Metro… nice to see him on the stage there for a change).

A screen behind the band showed grainy footage of bullfights, horses wading through water and demolition derbies. It was just grainy and abstract enough to work as a nice visual backdrop without being too distracting, and it matched Calexico’s Southwestern vibe perfectly.

I don’t know the solo music of Jason Collett, who opened the concert, but it sounded pretty darn good. Mellow pop taken up a notch by some talented musicians (including guest players from the Stills, who were in town for Intonation Fest.)