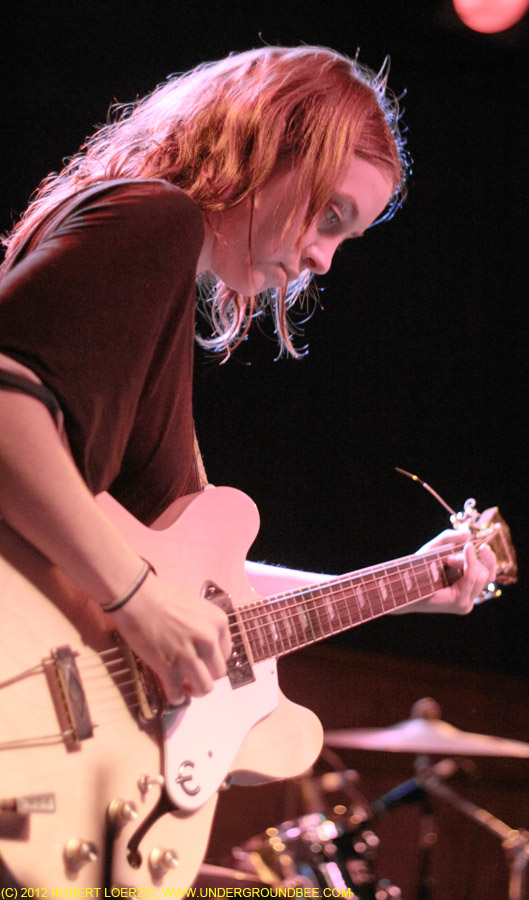 The Louisville singer-songwriter Cheyenne Marie Mize has performed with Will Oldham, and now she’s establishing a solo career of her own. Her introspective 2010 debut, Before Lately, had an intriguing mix of styles, and her adventurousness continues on the new EP, We Don’t Need. When Mize performed Wednesday (Jan. 25) at Schubas, she started off her set with the song that opens the EP, “Wishing Well,” which features little more than her singing and chanting to a drum beat. Throughout the rest of her set, she switched between guitar, keyboards and violin, while two other musicians (a drummer and a multi-instrumentalist) provide subtle backing but kept the songs sounding spare and direct. 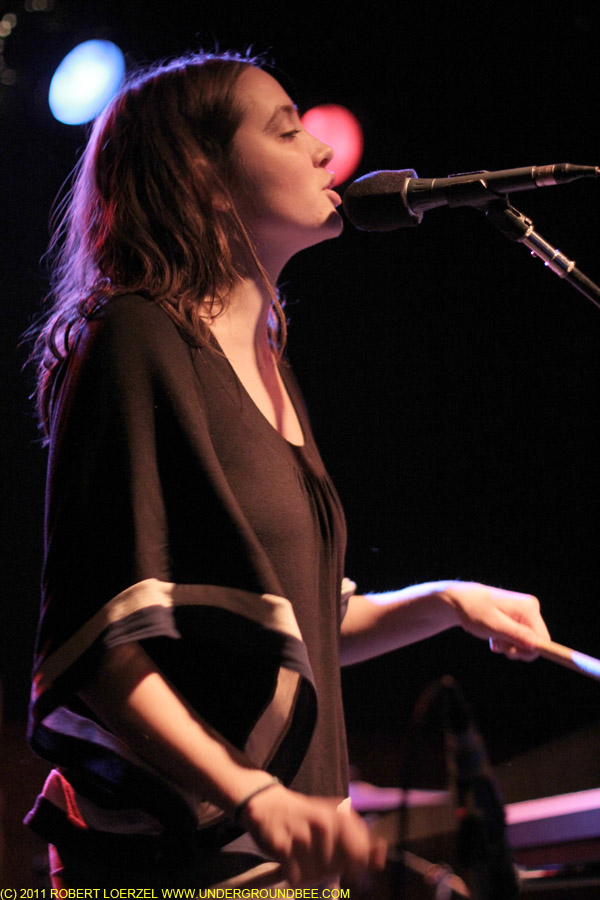 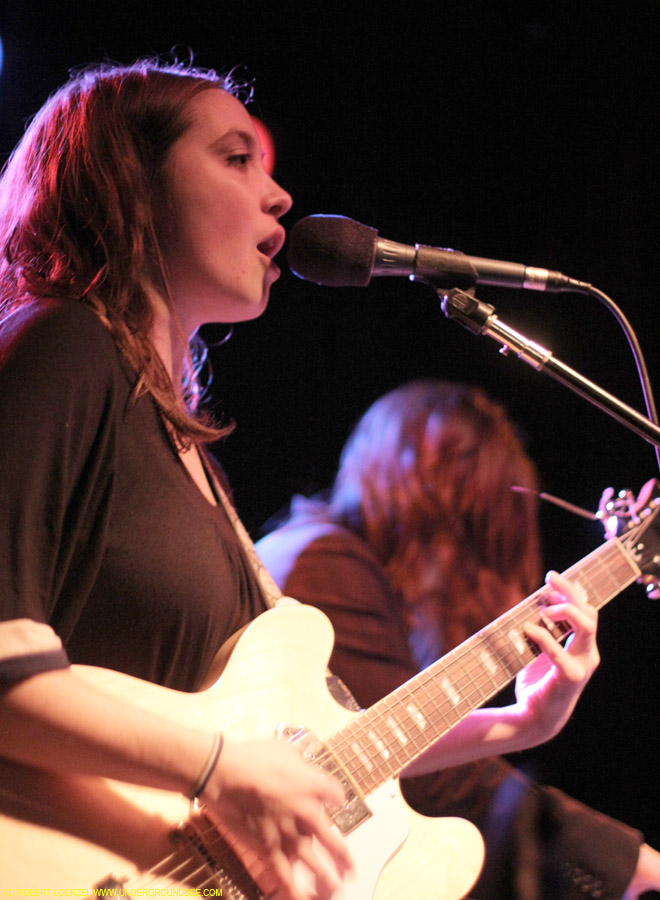 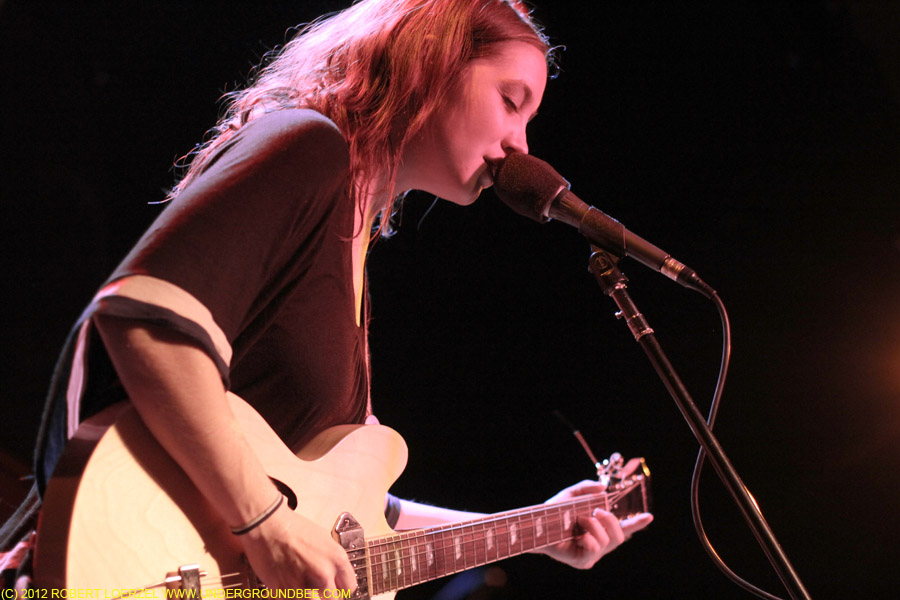 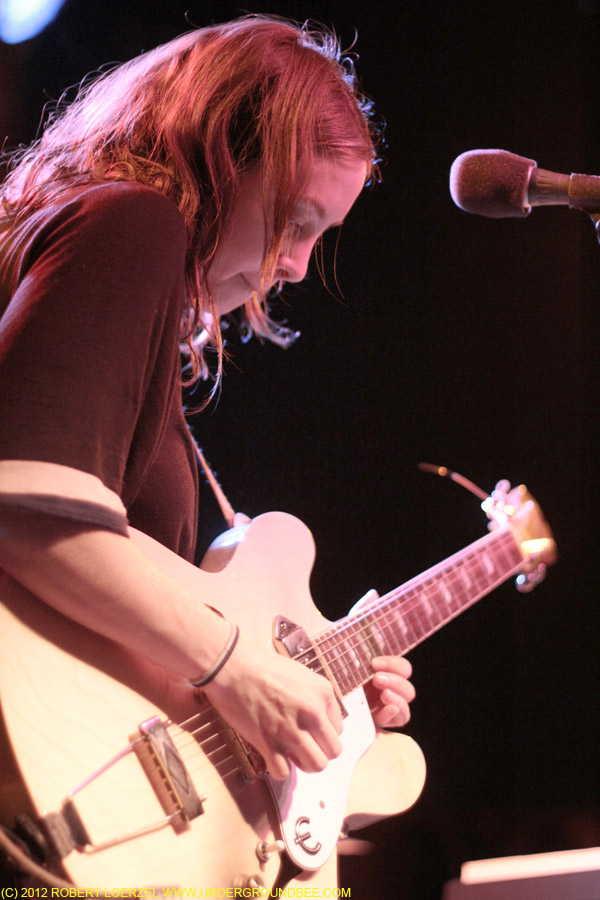 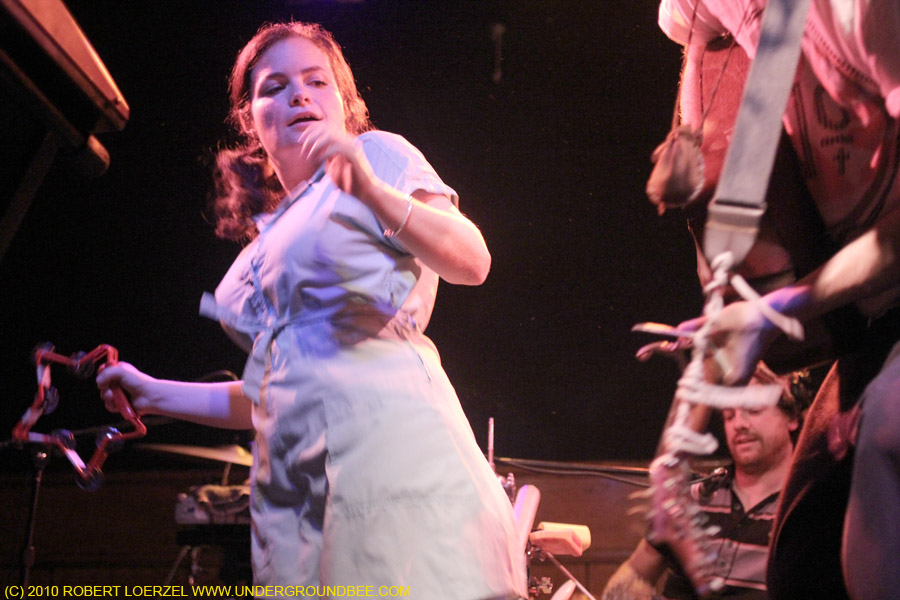 I’m not going to use the genre catchphrase that the British band Tunng got stuck with a few years back. Let’s just say it involves a combination of folk music with electronic textures and percussions. You get the idea. (If not, Google it.) Even if that label was a bit constricting, it’s true that Tunng makes music out of that combination of sounds. And what beguiling music it is. The group’s latest record, …And Then We Saw Land, is filled with loopy, catchy tunes where the voices of Mike Lindsay and Becky Jacobs and harmonize chant together over a delightful jingle of jangling percussion and inventive guitar melodies.

The spirited, sing-along and dance-around-like-a-fool side of Tunng was on full display when the group came to Chicago for the first time in three years, playing Wednesday (Nov. 18) at Schubas. Given Tunng’s reputation as something of a folk-rock group, who would’ve expected Lindsay to don a pair of goofy glasses that would’ve been appropriate for Bootsy Collins? Meanwhile, Jacobs frequently did a cute sort of robot-walk dance. Meanwhile, the drummer — um, was that Martin Smith? I believe so — was tickling some of the sea shells and car keys arrayed in front of him with this bare toes. (He also play keyboard and a bunch of other percussion.)

This was quite a joyful musical affair, reminding me of the communal feeling of harmonizing by Scandinavian bands Müm and Efterklang. Tunng mostly played songs from its new record, and then dug out a couple of older tunes for the end of the show, “Bullets” and “Woodcat.” Many of the songs opened with recordings of spoken word, often used for humorous effect, as when the members of Tunng followed some instructions on how to make your fingers create the optical illusion of a sausage floating in front of your eyes.
www.tunng.co.uk
www.myspace.com/thisistunng 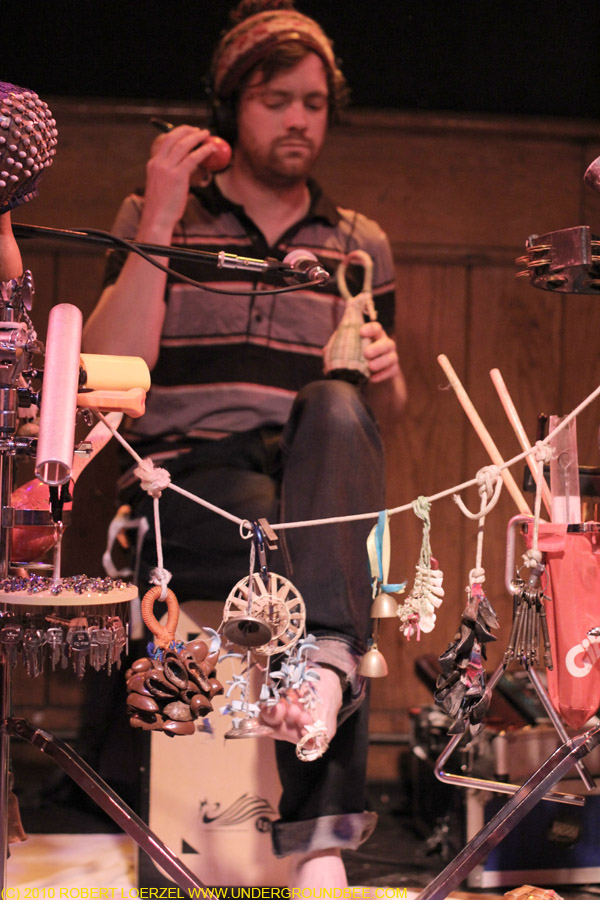 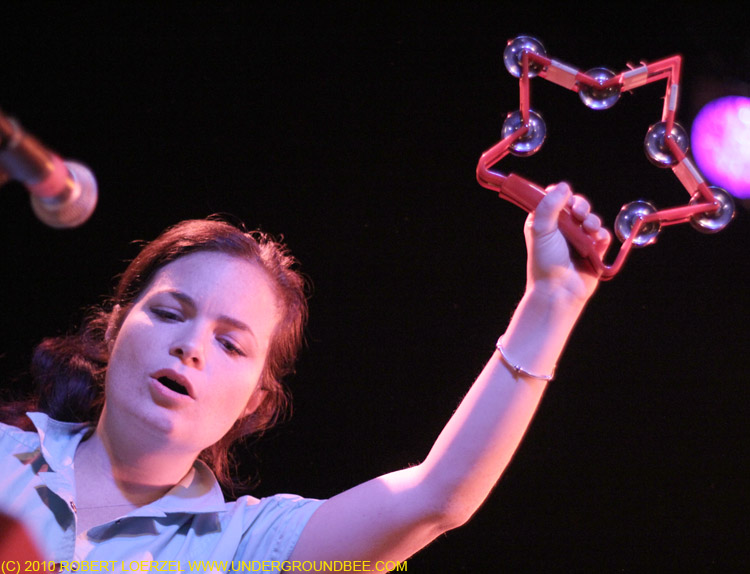 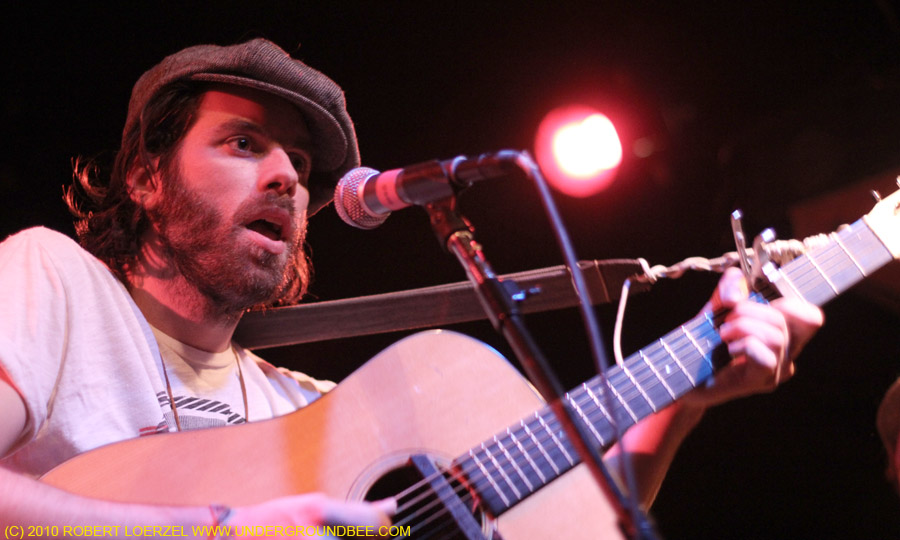 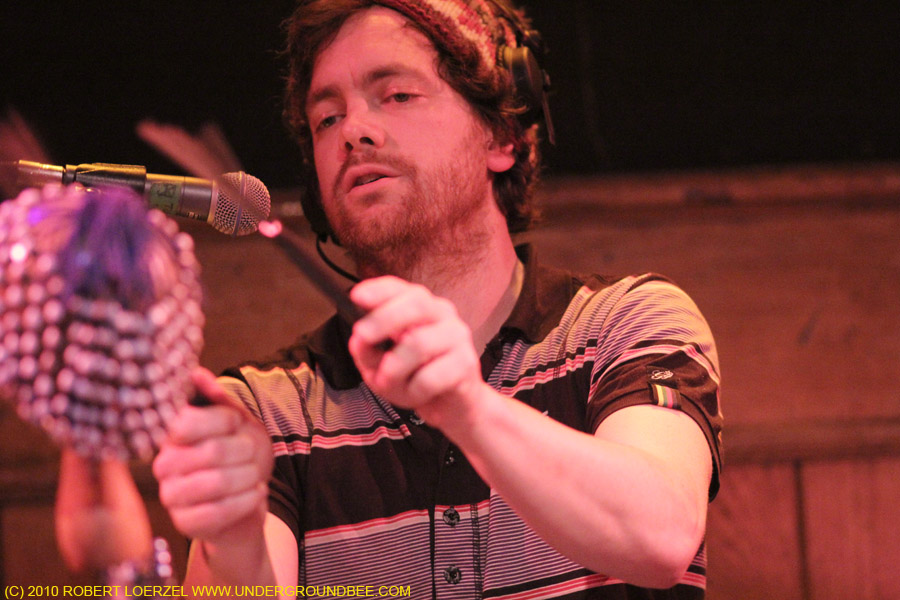 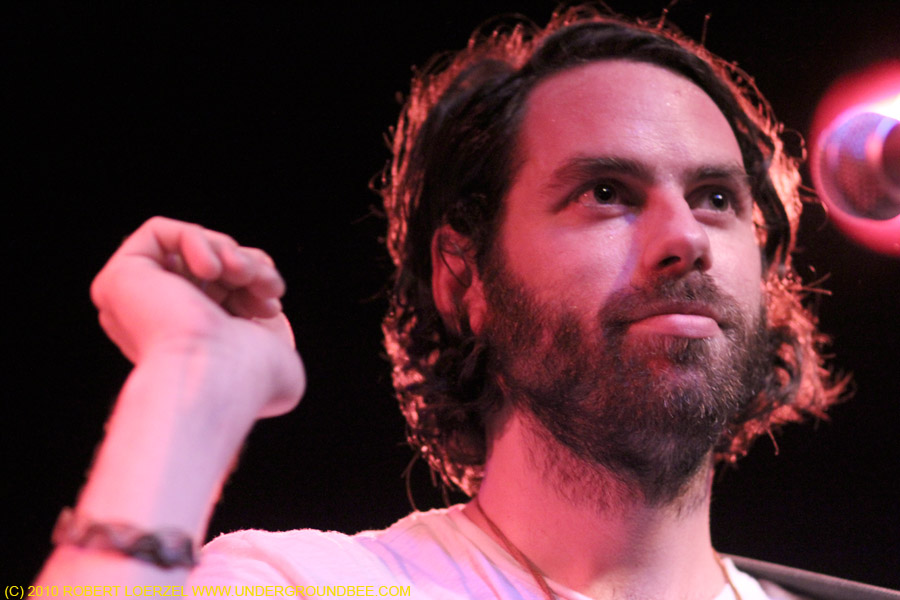 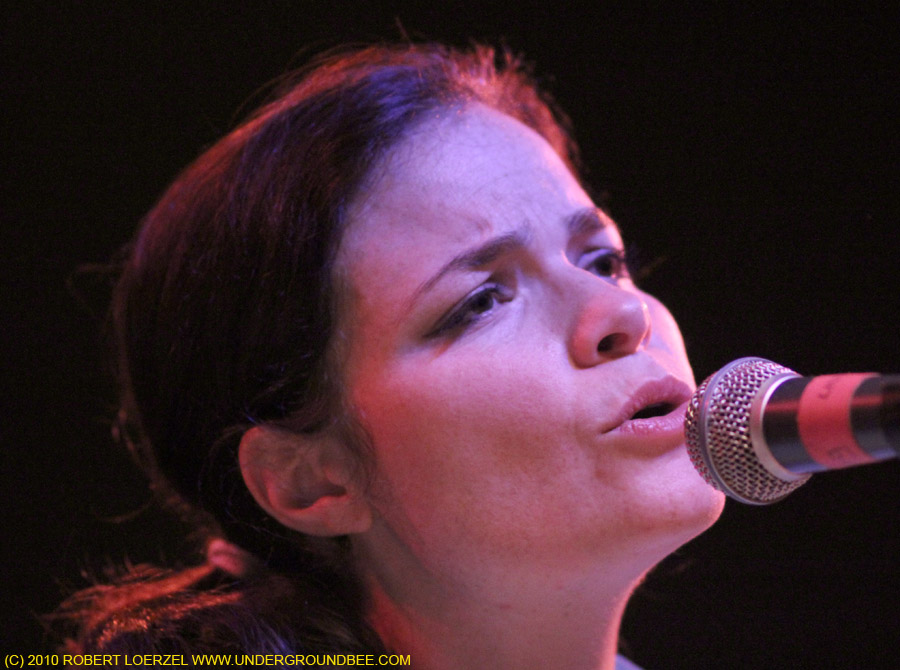 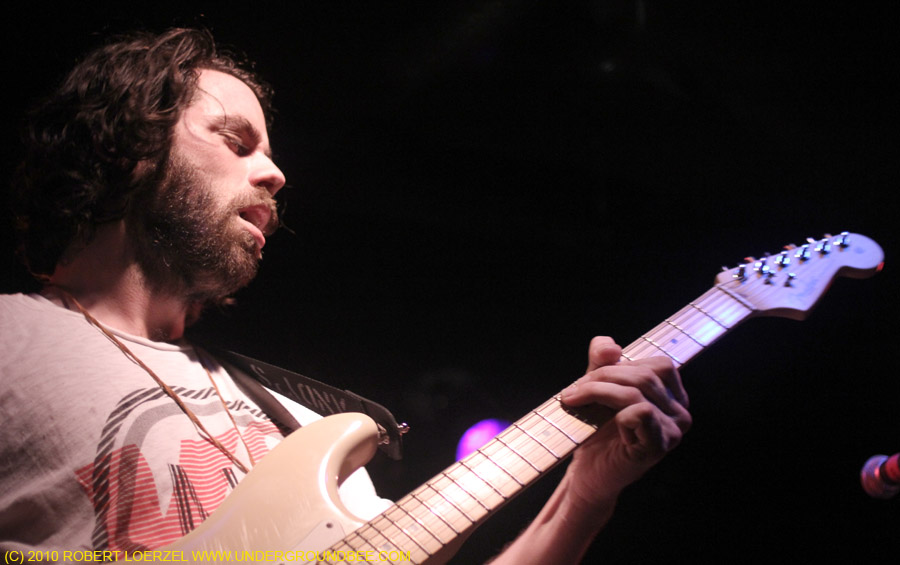 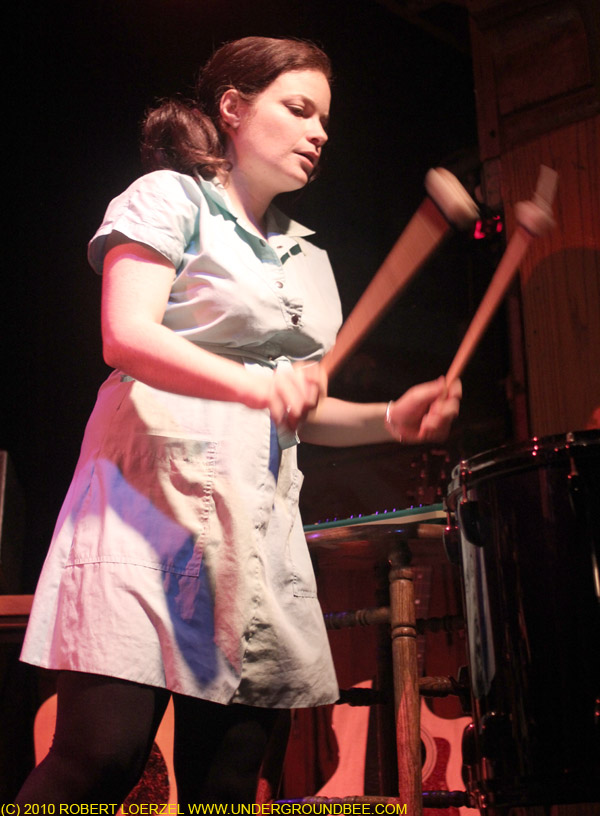 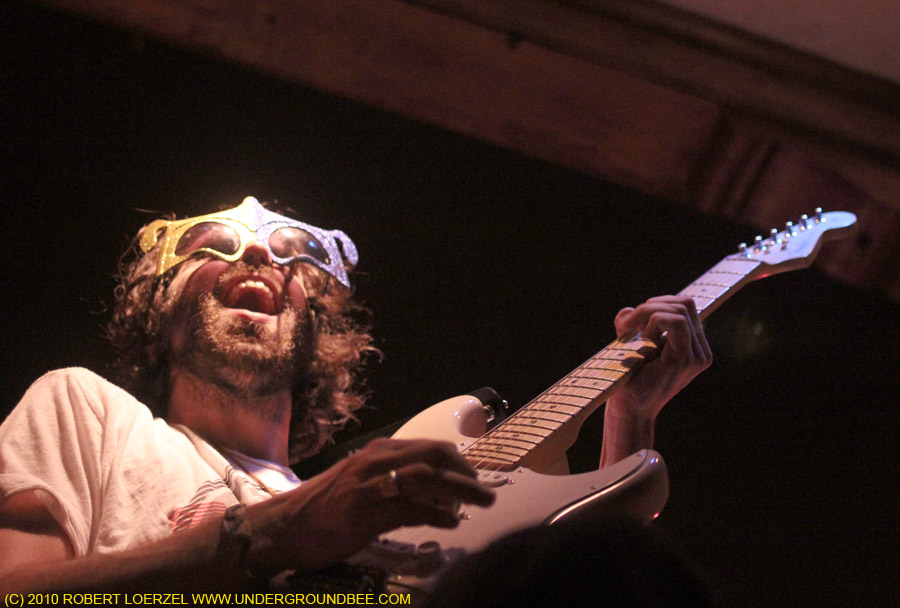 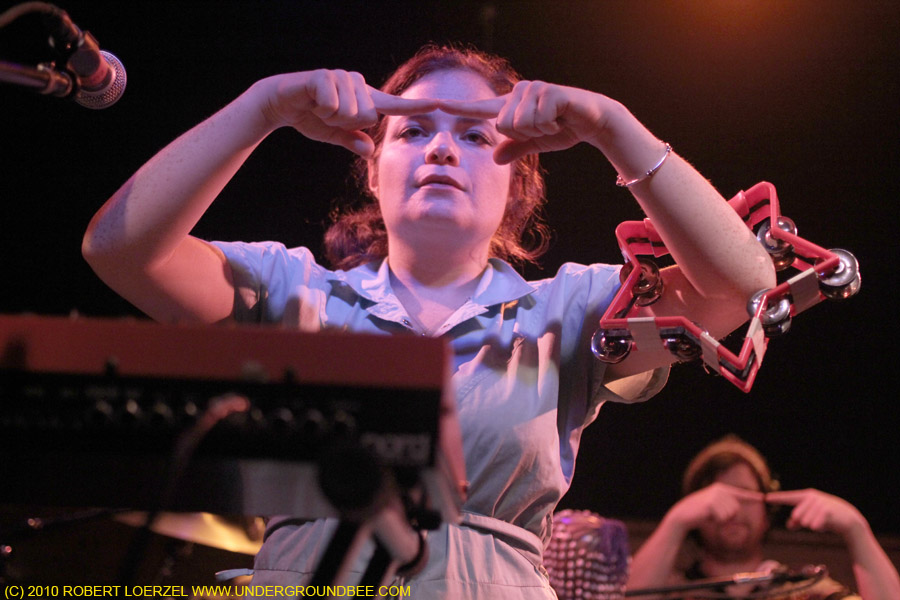 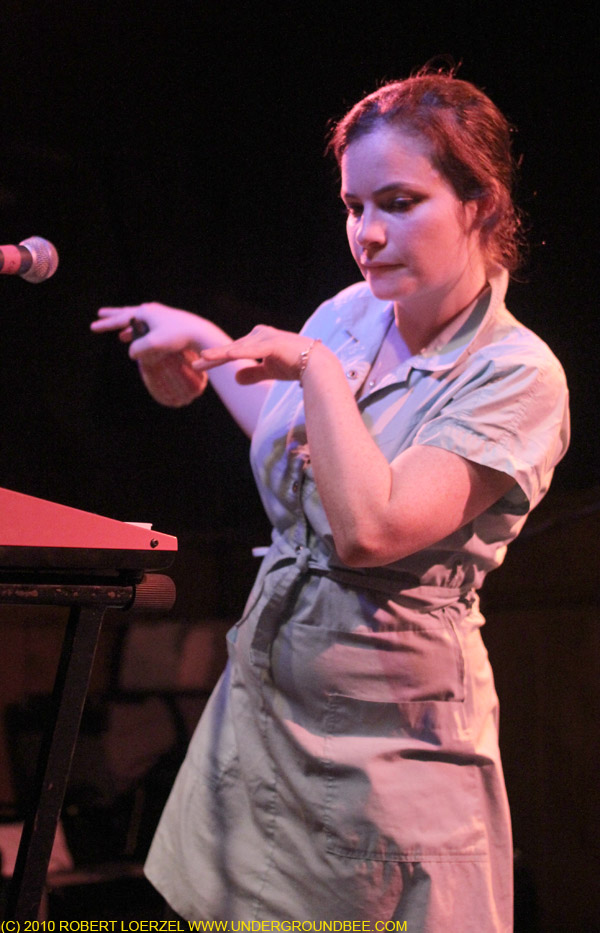 The opening act was Louisville singer-songwriter Cheyenne Marie Mize, who’s played as a member of Bonnie “Prince” Billy’s band. She played a solid set of songs from her solo album Before Lately, showing that she’s someone to watch.
www.cheyennemariemize.com
www.myspace.com/shinymoneymize 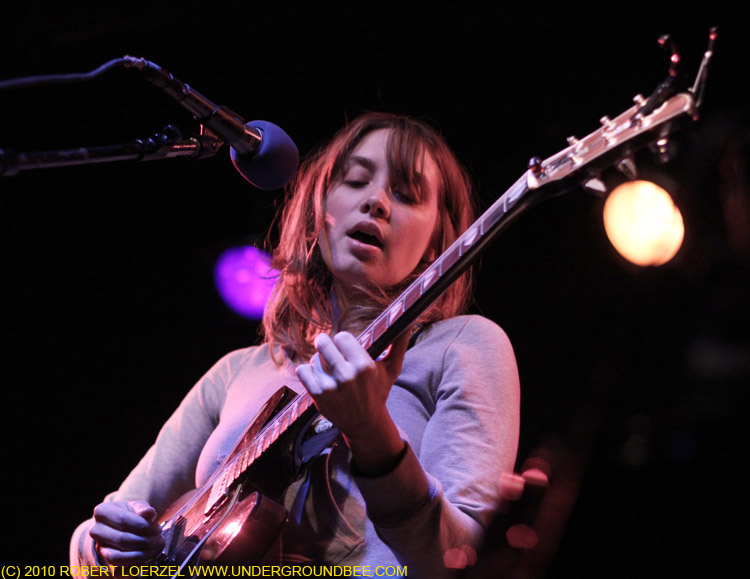