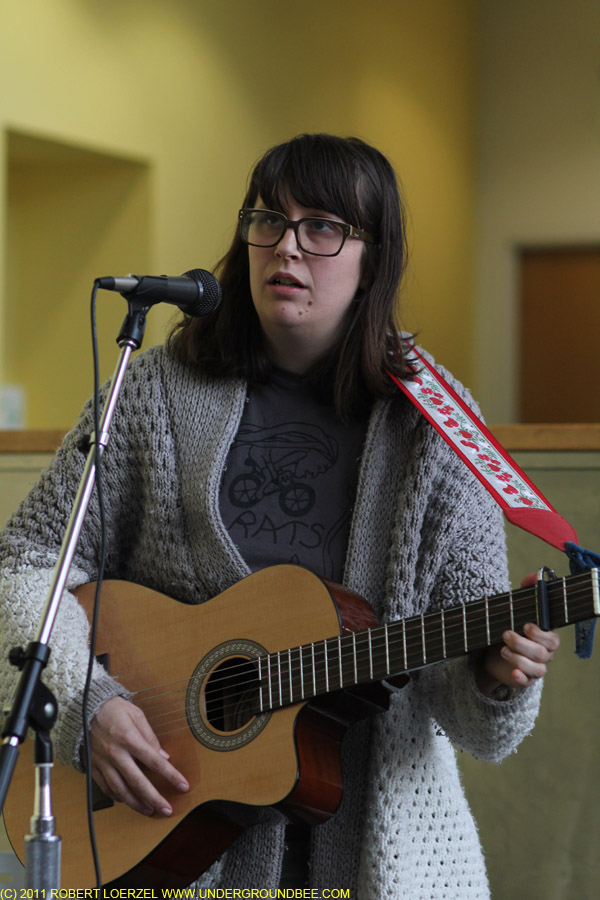 I was unaware of the Los Angeles-based singer-songwriter Emily Lacy until Jessica Hopper interviewed her for the Chicago Reader. The prolific Lacy has released some 15 mostly homemade albums, including last year’s Country Singer, a haunting collection of simply recorded and plaintively sung acoustic folk songs.

Lacy performed some of those songs as well as more experimental ones using looping pedals in a free concert Tuesday (March 29) at the Museum of Contemporary Art Chicago, part of the same “Face the Strange” series of shows inside Puck’s Cafe that featured Disappears last week. The music was drenched in too much reverb, and Lacy’s toying around with the looping pedal to build choruses of her own voice didn’t always work. I would have preferred a concert that captured the quiet, direct sound of the Country Singer album, but Lacy’s striking voice and songs managed to pierce all of that unnecessary audio haze.

Emily Lacy’s music can be heard and purchased at her website: http://emilylacy.net/