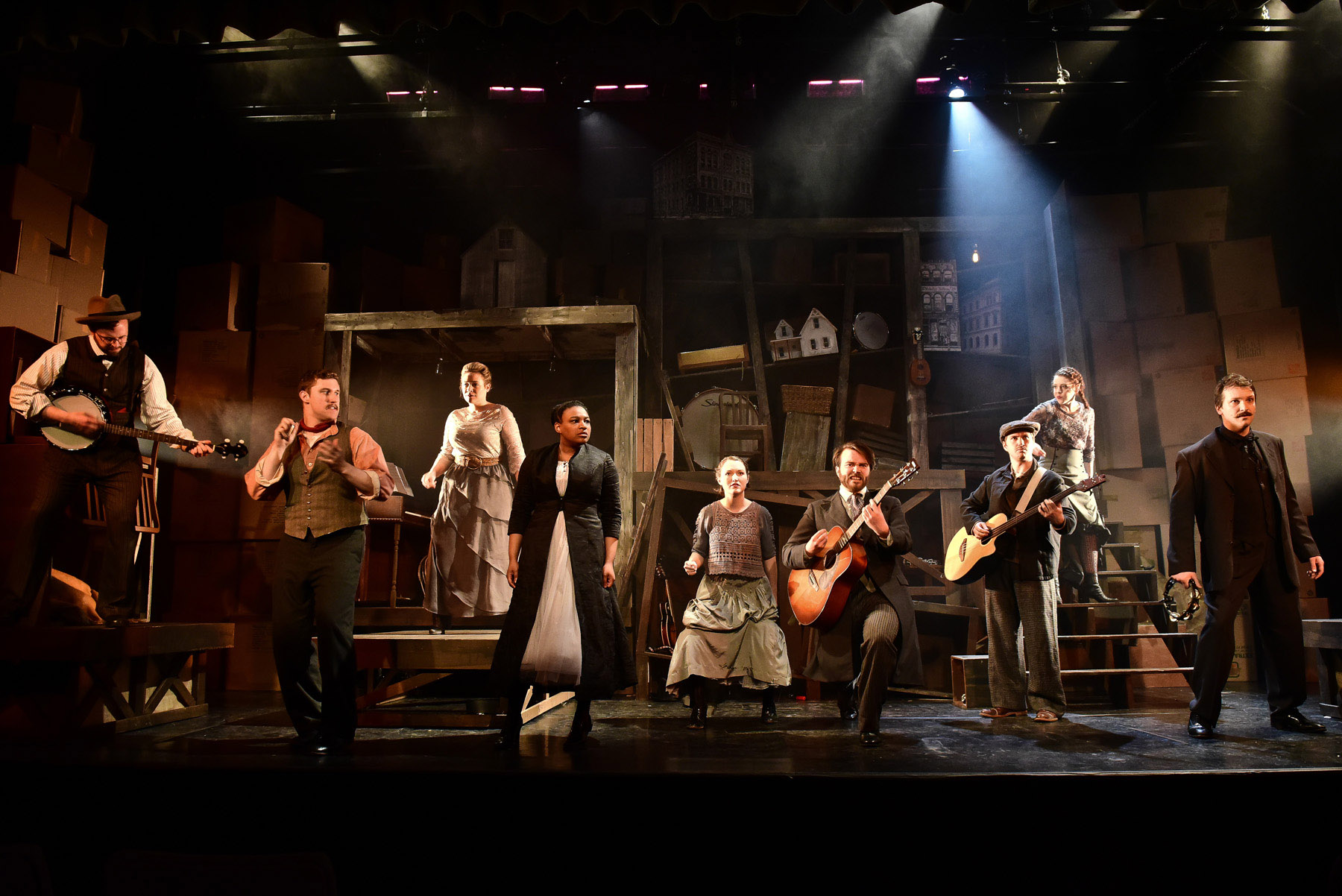 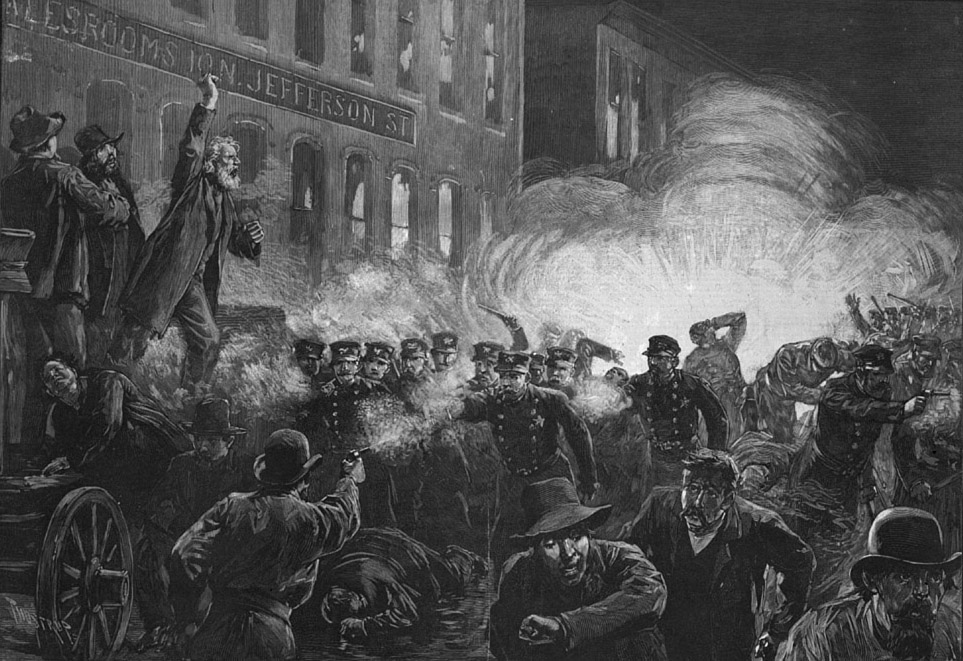 The Haymarket Affair — sometimes called the Haymarket Square Riot or Massacre — is one of the most famous and important chapters of Chicago’s history. The 1886 incident was a turning point for the labor movement, not just in Chicago, but in the United States and, arguably, the world. It raised questions about freedom of speech, the rights of workers in a capitalist society, conflicts between police and protesters, the use of violence as a tool of protest, the fairness of criminal trials, and the death penalty. Over the decades, the Haymarket Affair has been the subject of several nonfiction books. And now, it has inspired two new plays in Chicago.

The most noteworthy of the two is Haymarket: The Anarchist’s Songbook, a musical staged by Underscore Theatre Company with book and lyrics by Underscore’s artistic director, Alex Higgin-Houser, and music by founding ensemble member David Kornfeld. Running for one more weekend — it closes Sunday, June 12, at the Edge Theater in Edgewater — it’s an engaging ensemble show that tells the history through folk-style songs. Directed by Elizabeth Margolius, the show has its flaws, but I was impressed at how well it captures the history.

Like most fictional narratives based on true history, it condenses and gloss over some facts. Notably, it takes the eight defendants in the Haymarket trial and reduces them to five characters. And thus, it eliminates the later part of the saga, when three of the anarchists serving prison terms were pardoned by Illinois Governor John Peter Altgeld. It’s understandable that such details are omitted in a work of theater — as it is, the stage was already crowded with actors, and I wondered if audience members who aren’t familiar with the history would be able to keep them all straight. But it felt to me like part of the story was missing. On the other hand, Newcity’s review suggested that the story should have been streamlined even further: “Underscore stumbles badly when they tell this story exactly as it happened, maintaining every plot point, without a well-developed Everyman character to give the audience an entry point into the action, all conveyed in a single musical idiom, no matter how appropriate.”

Also worth noting is the way this show tells the story completely from the point of view of the anarchists and labor activists who were tried in the Haymarket case. Most historical accounts view them as victims of a miscarriage of justice, and labor unions still see them as martyrs or heroes, so it makes sense to put them at the center of the drama. But as a result, the show lacks any real presence of the police, the politicians, the business owners and the average Chicagoans who got caught up in the turmoil. Of course, adding in those elements would only make the story more complicated. The song in the second act portrays the trial as a circus, and it’s really too comical for the way it handles such a serious and ultimately tragic court proceeding.

All of that being said, this Haymarket has many stirring moments, and the songs are immediately likable. The show does a superb job of using songs to depict the era’s press coverage as well as the debate among the anarchists over how to press for changes in the capitalist-dominated political system. The playwrights clearly know their history. If this musical survives beyond this initial world-premiere run — never a certainty for any musical — it may improve with revisions during future productions.

The other recent play about the events of 1886 was Bloody Haymarket, written and directed by Eric J. Coleman and David McGrath, which was performed at the Irish American Heritage Center. Unlike Underscore’s production, this was not a musical. The amateur production suffered from slow pacing (including awkwardly long transitions for scenery changes), some silly diversions (such as an anachronistic appearance by a stand-up comic) and acting performances that simply weren’t convincing. Some of the scenes hewed closely to the historical facts, while others felt absurdly contrived. Bloody Haymarket might eventually become a compelling drama, but it needs major revisions and a more persuasive production.

(For more on the history of the Haymarket, here’s my own story for WBEZ’s Curious City, answering the question: “How did the Haymarket Square Massacre affect Chicago’s culture at the time?”)