The Montreal musician Patrick Watson returned on Monday, Sept. 28, to Chicago’s Lincoln Hall, where I saw him perform in 2012. (I also saw him at Schubas back in 2009.) I’d overlooked his recent album Love Songs for Robots, but my initial impression is that it’s a nice extension of the beautiful orchestral pop music Watson has been making for years. And his music — both old and new — sounded as lovely and transporting as ever when he played on Monday night, with a nimble ensemble of players arrayed across the stage along with globe-shaped lights. Watson moved back and forth between his grand piano and the microphone in the center of the stage. When the band was in full flight, this was complex art rock filled with subtle, shifting layers. But there were also a couple of moments when Watson and his collaborators stood around one microphone and performed music with the utmost simplicity. Either way, it was brilliant. 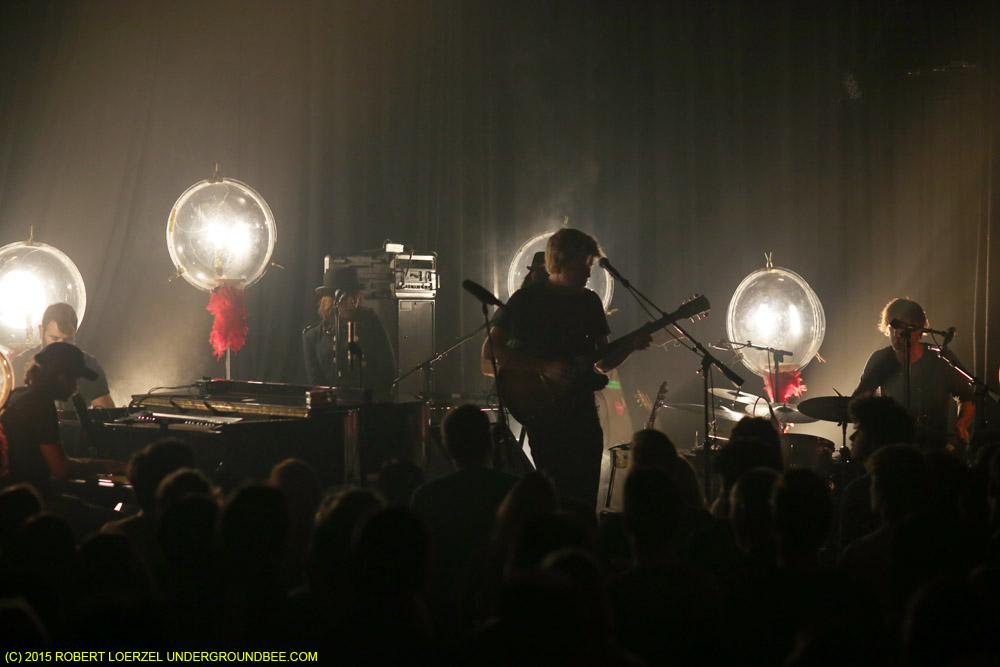 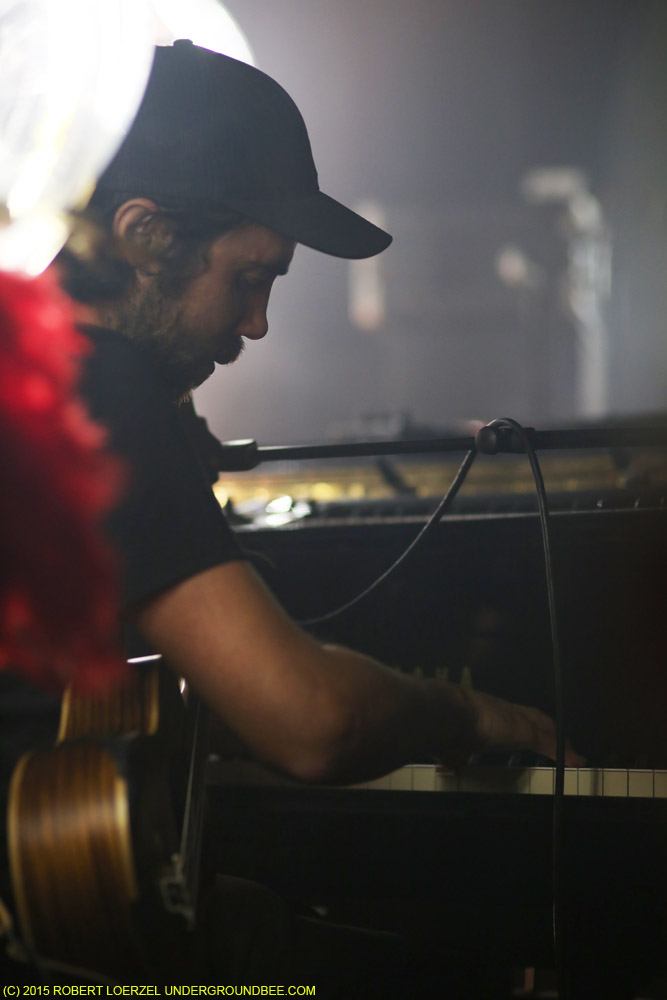 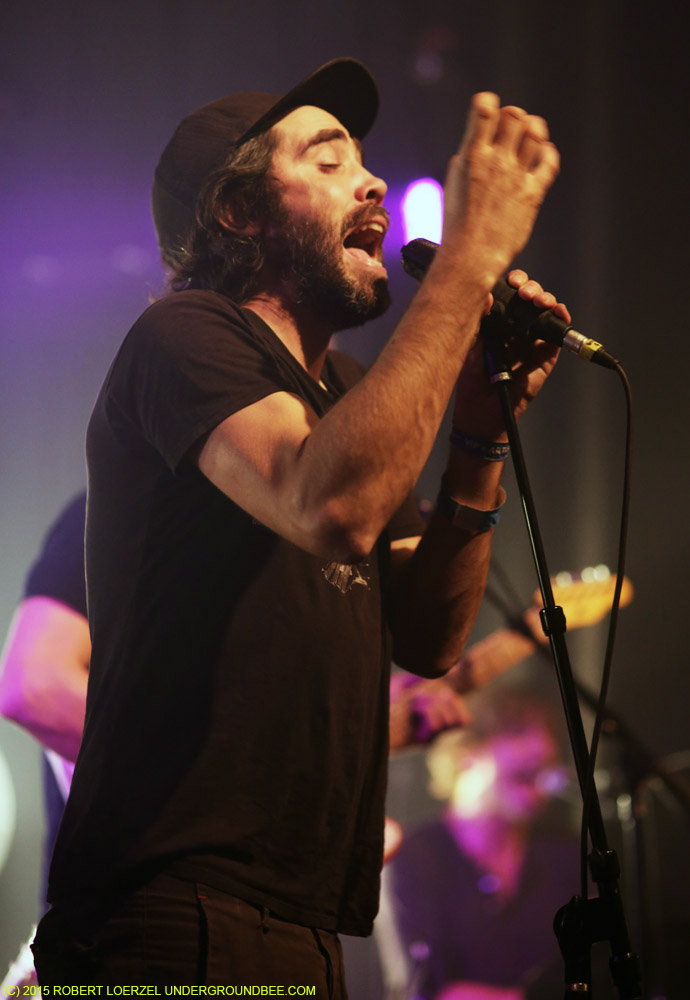 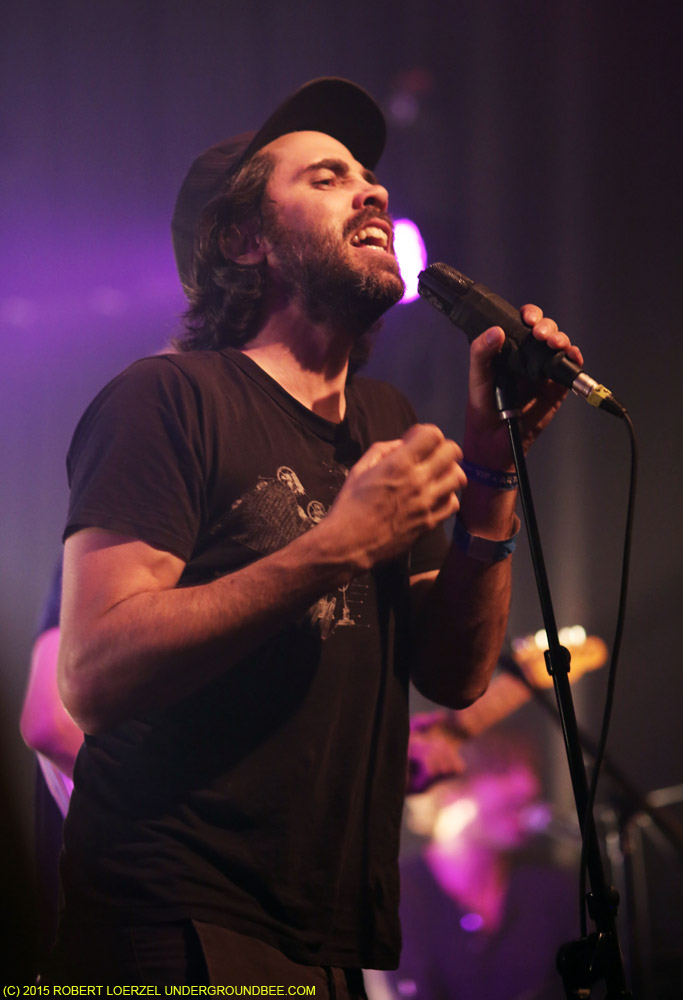 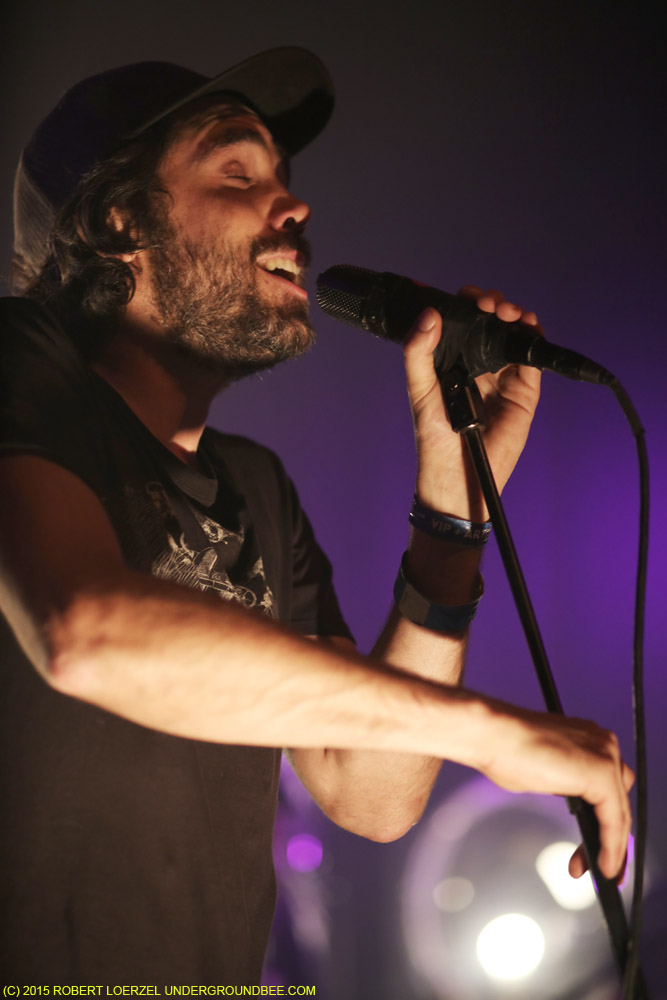 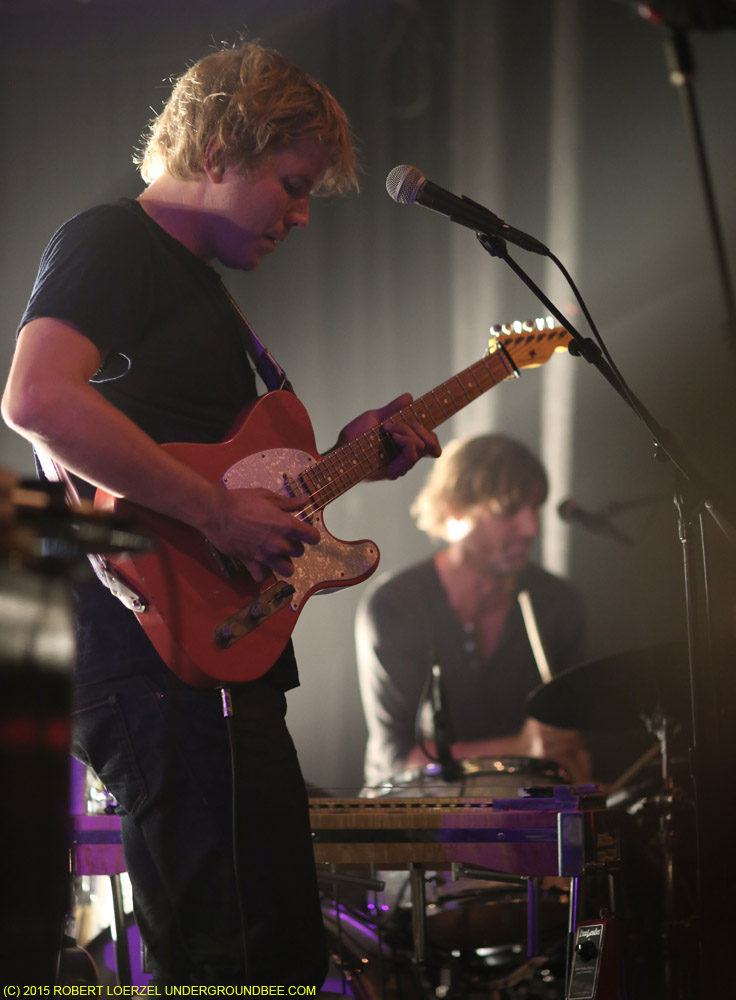 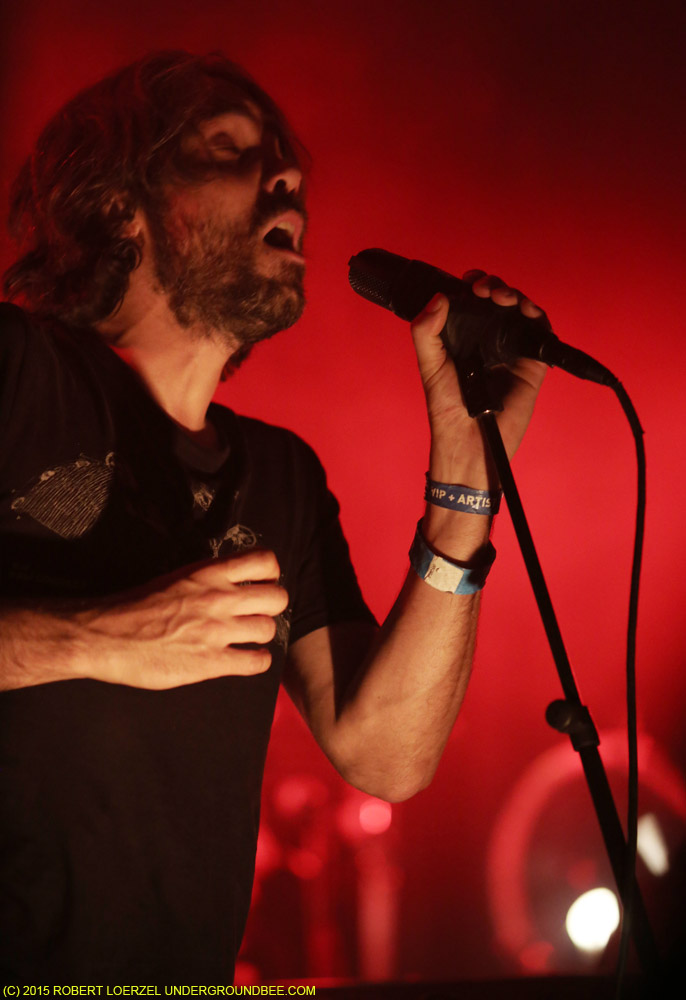 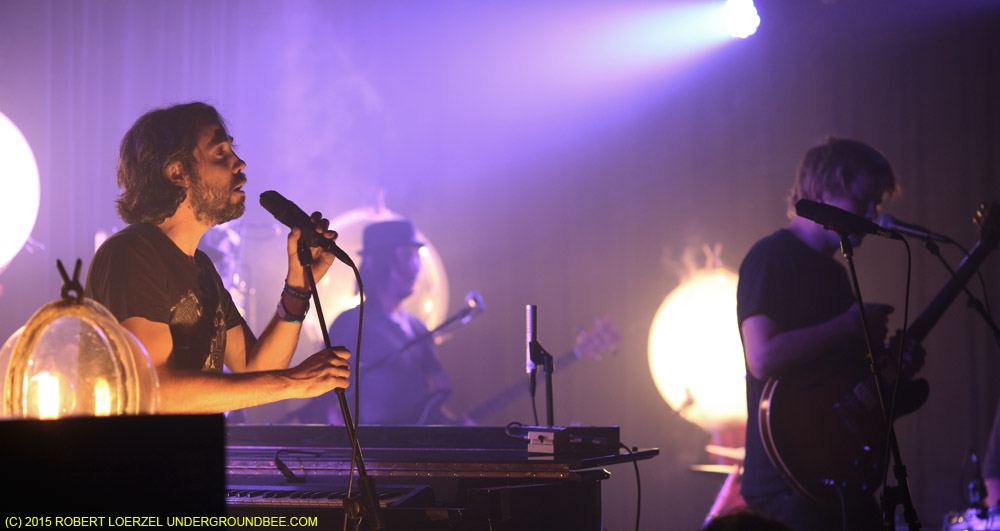 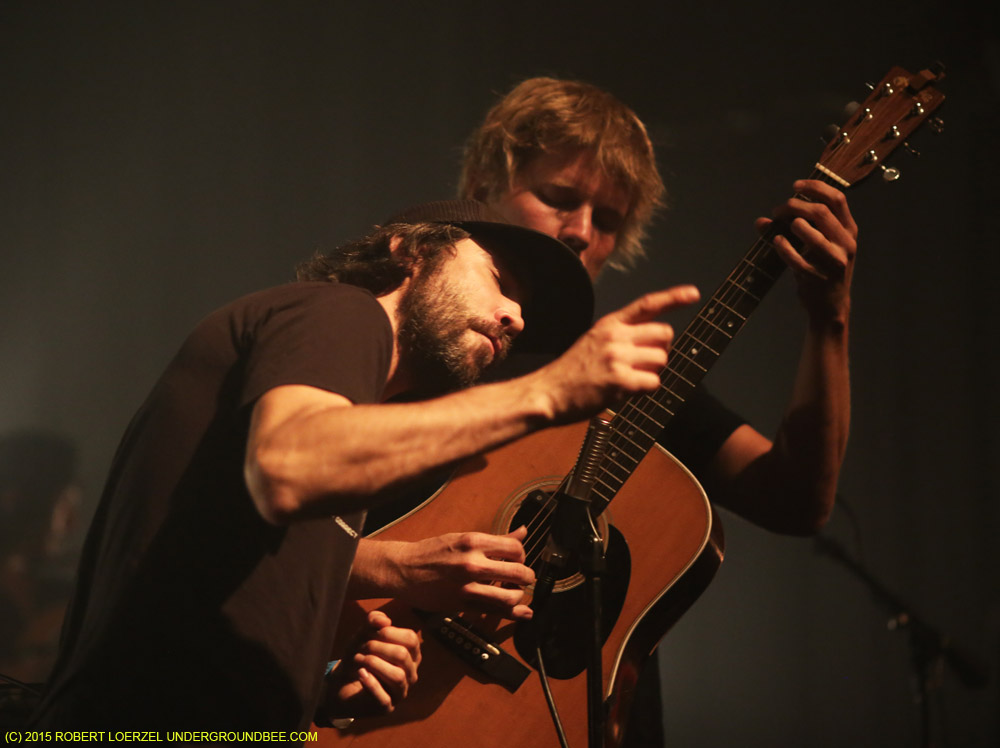 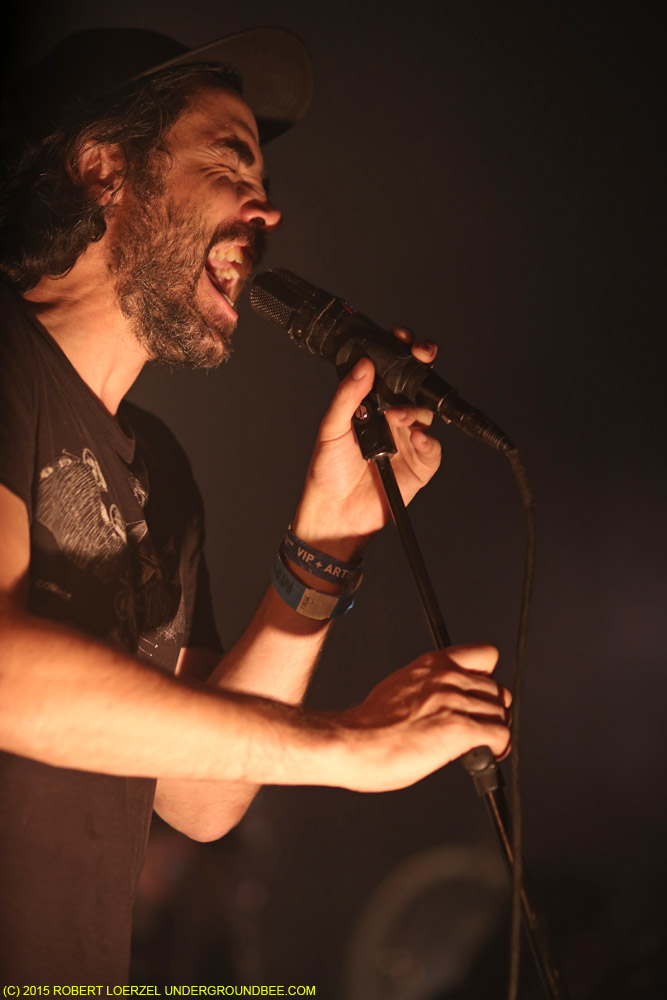 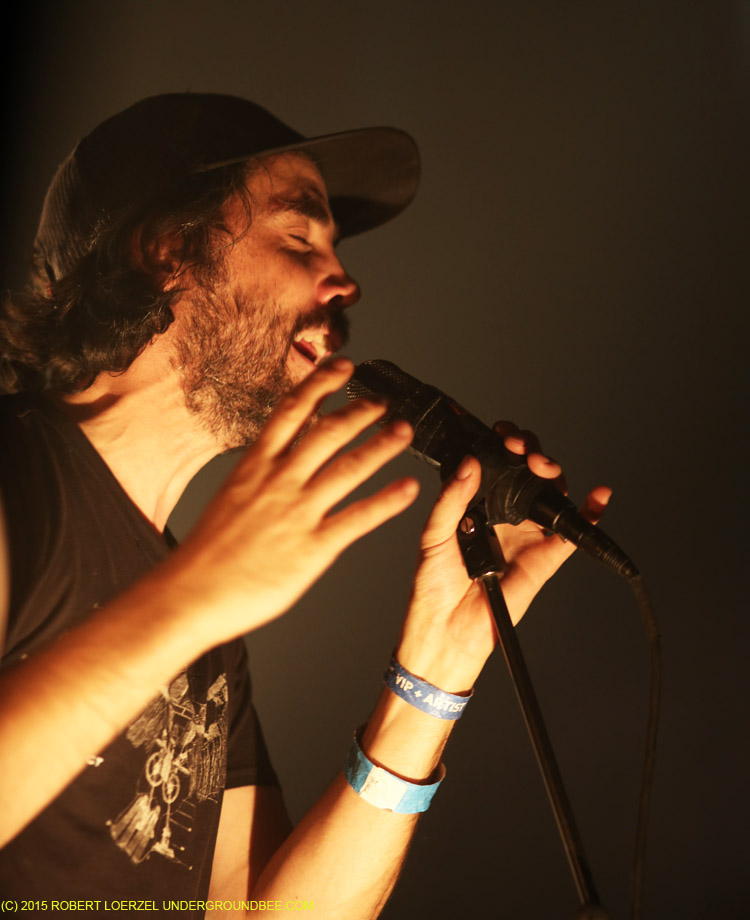 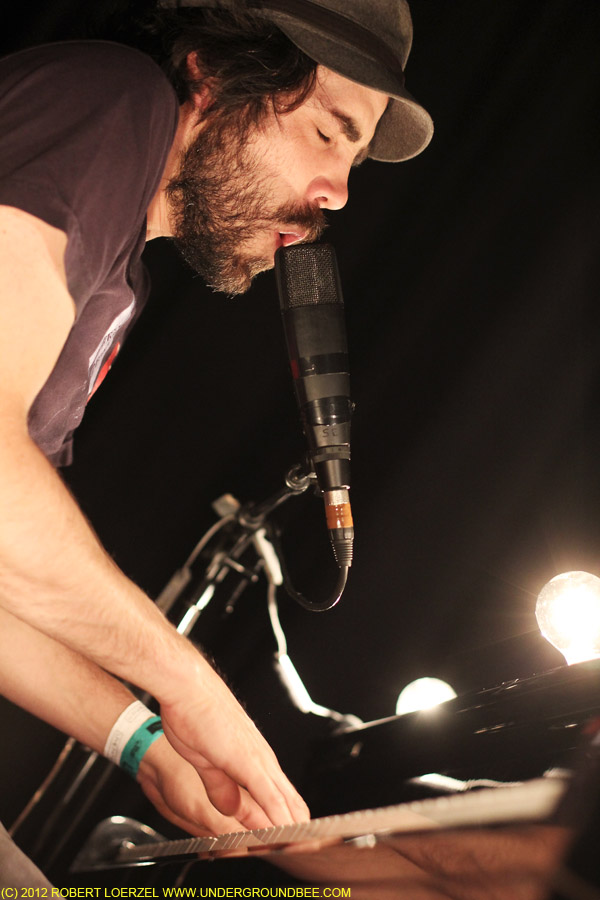 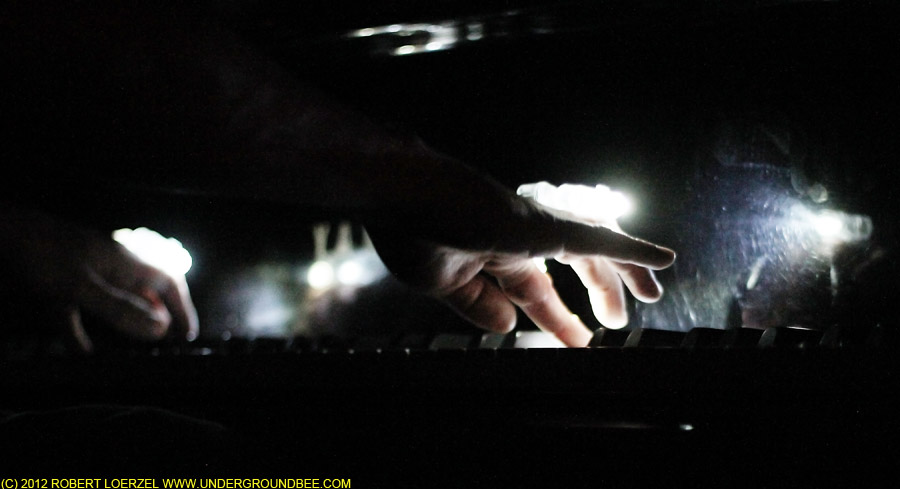 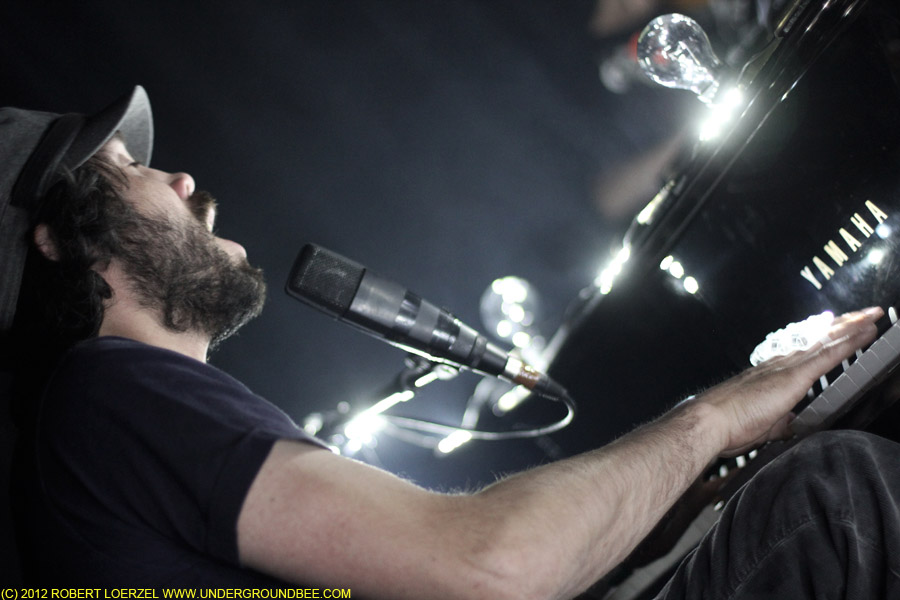 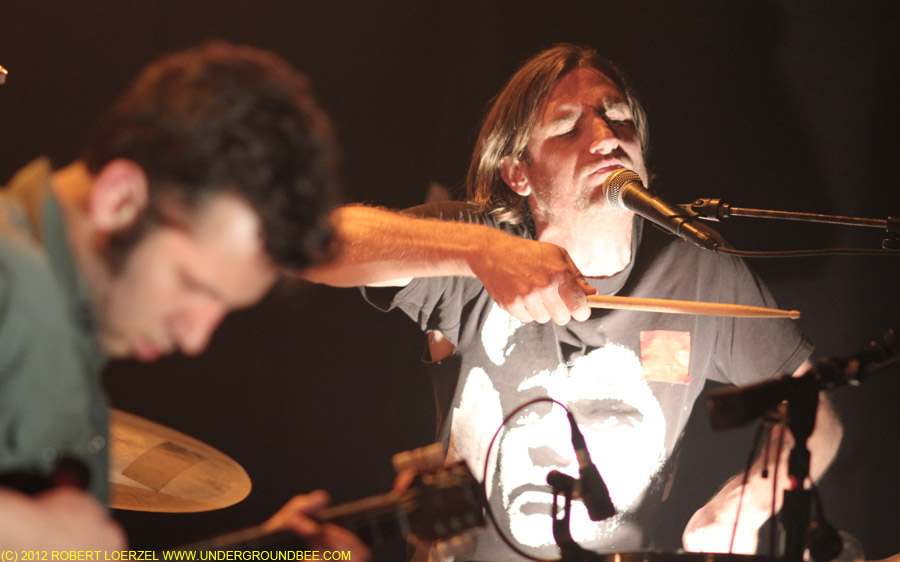 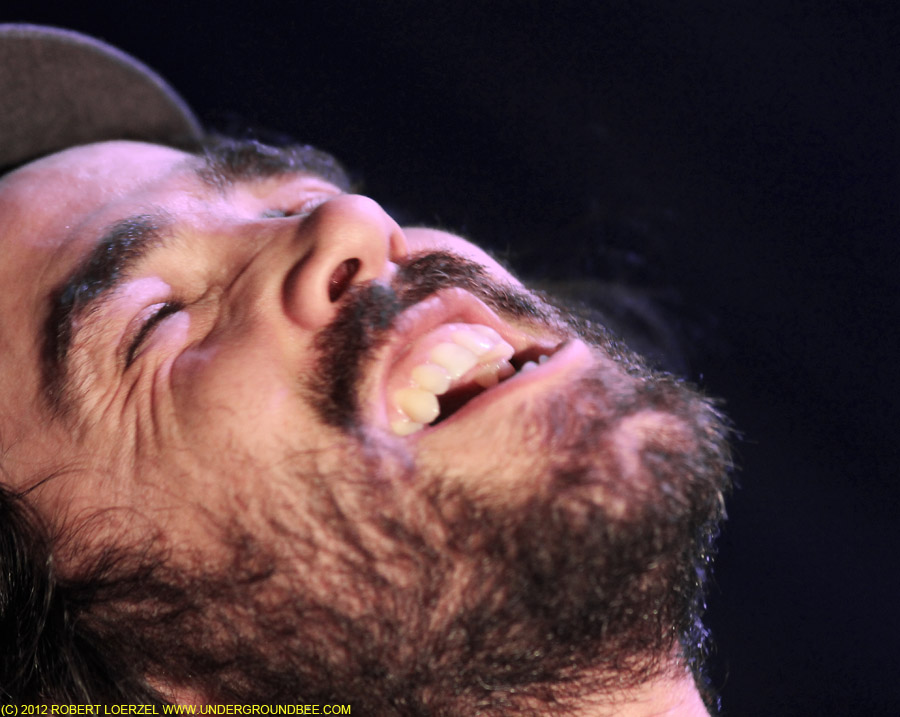 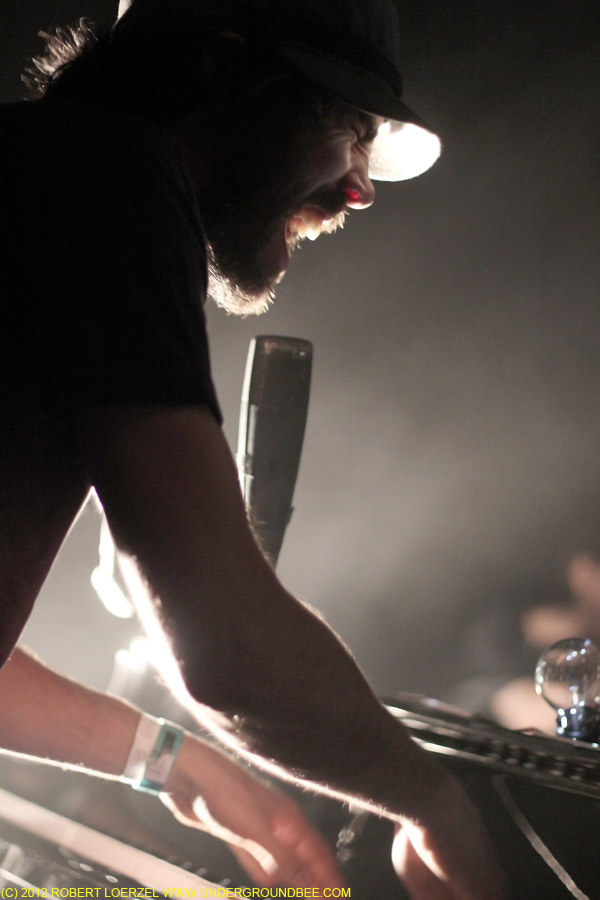 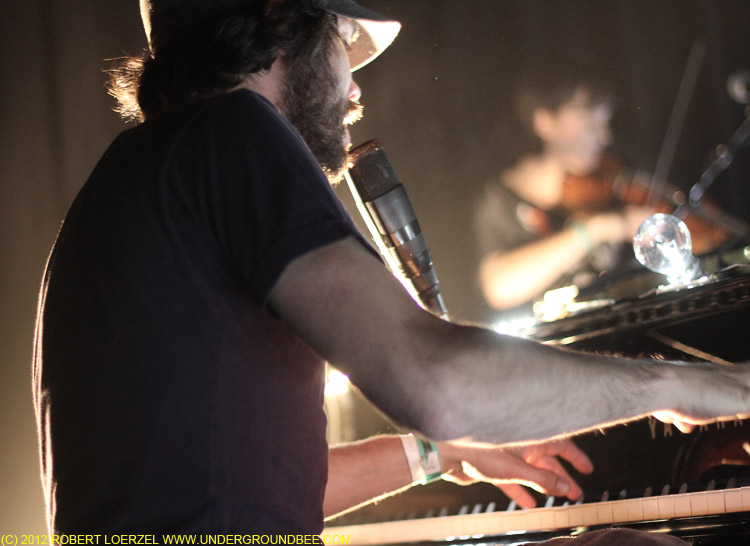 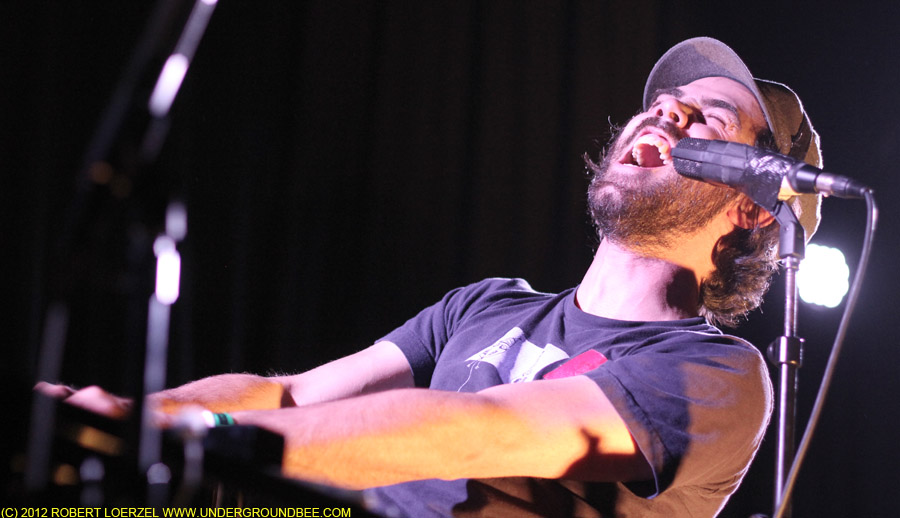 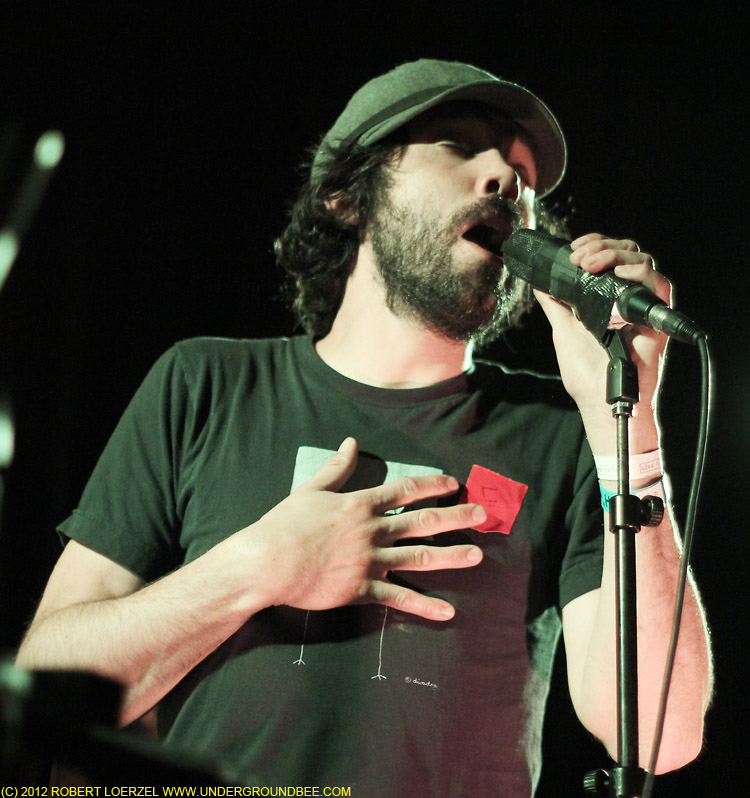 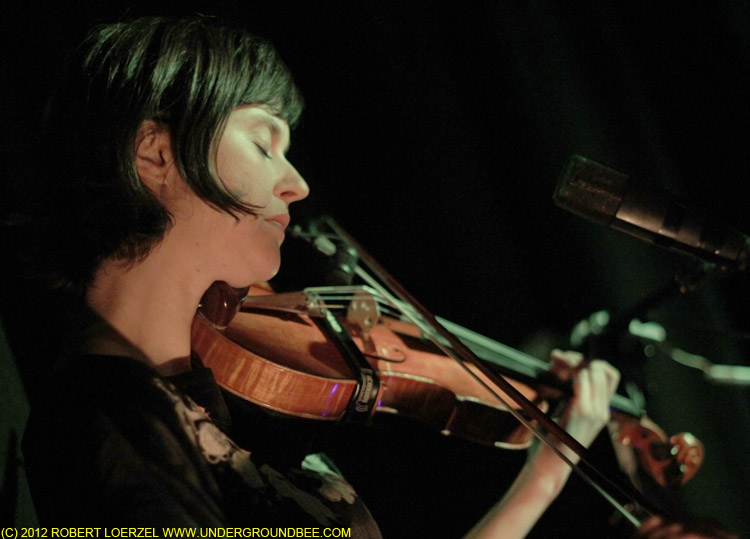 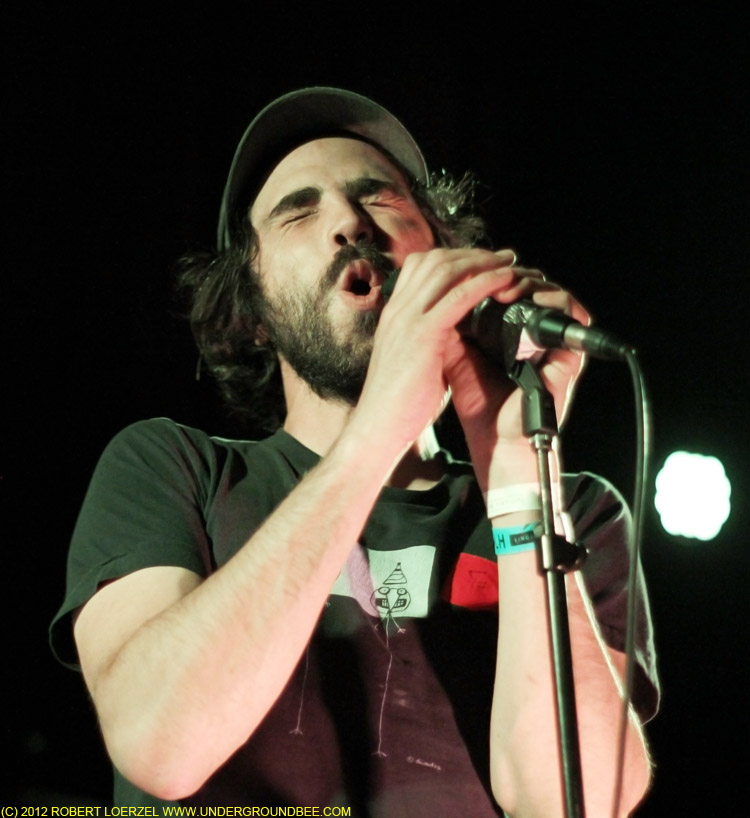 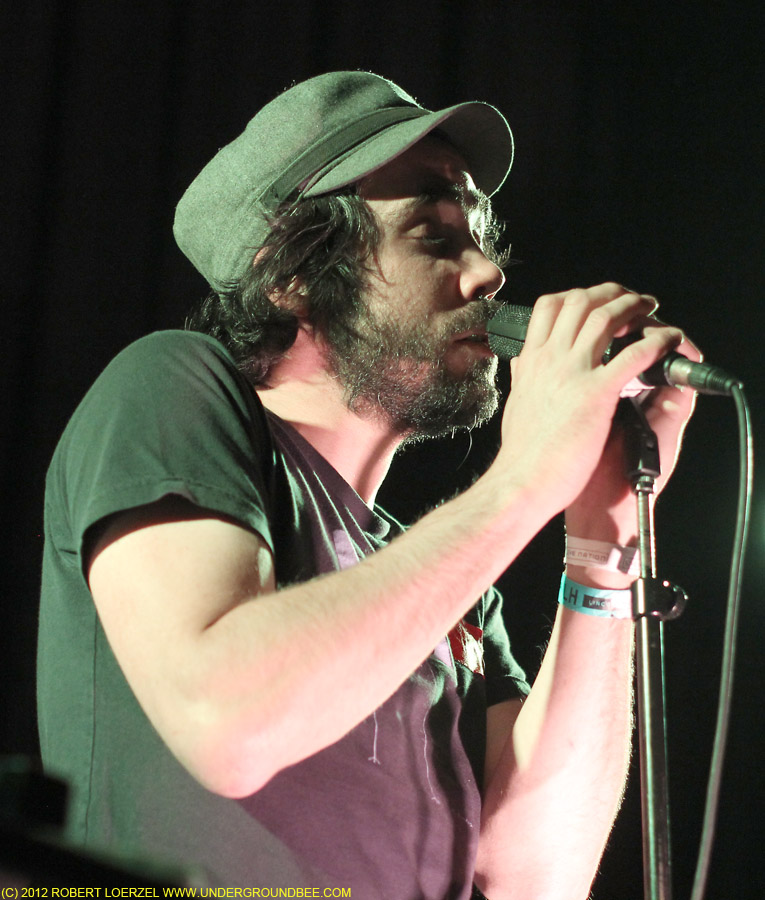 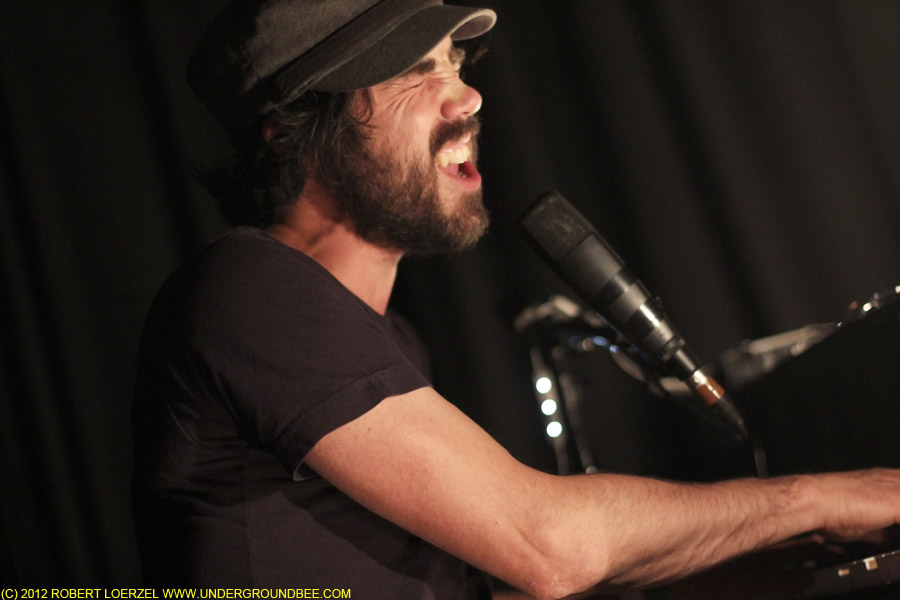 Montréal singer-songwriter Patrick Watson has been making records for several years now, including the wonderful 2009 album Wooden Arms, but he hadn’t played in Chicago until Monday night (May 17), when he finally visited our city with a gig at Schubas.

His talent on the piano was evident even before the show started, when Watson came onto the stage for a brief sound check and ran his fingers quickly up the keys of an upright piano with a virtuosic flourish. Watson spent most of the show sitting at the piano, occasionally moving to the standup microphone at the middle of the stage.

The lighting cast dark shadows as Watson and his backup band, the Wooden Arms, played a delightful set of songs with the sort of complexity and subtlety that you also hear in the compositions of Andrew Bird or Radiohead. His voice was often up in tenor range, and Watson showed a sophisticated appreciation for old-fashioned songwriting craft. But there were also several moments when the music rocked, complete with loud guitar solos.

For the encore, Watson donned a special megaphone suit — looking more like something from the movie Brazil than anything James Bond would be caught dead wearing — which allowed him to sing out in the middle of the nightclub floor without using the P.A. system. (I was not able to get a photo of this, but here’s a picture by another Chicago music blogger, Baby Stew.) And then, setting aside the suit, Watson pulled off a rather remarkable song that began with him singing unamplified out in the audience and leading the crowd in one of the best concert sing-alongs I’ve ever experienced. Was everyone in particularly good voice, or was the music simply inspiring? Then came some drumming from the stage. Watson and the rest of his musicians made their way back onto the stage as the song continued, transforming from campfire sing-along into exquisitely orchestrated art-pop.

What an excellent show. Now, Mr. Watson, please don’t take so long before you make a return visit to Chicago.